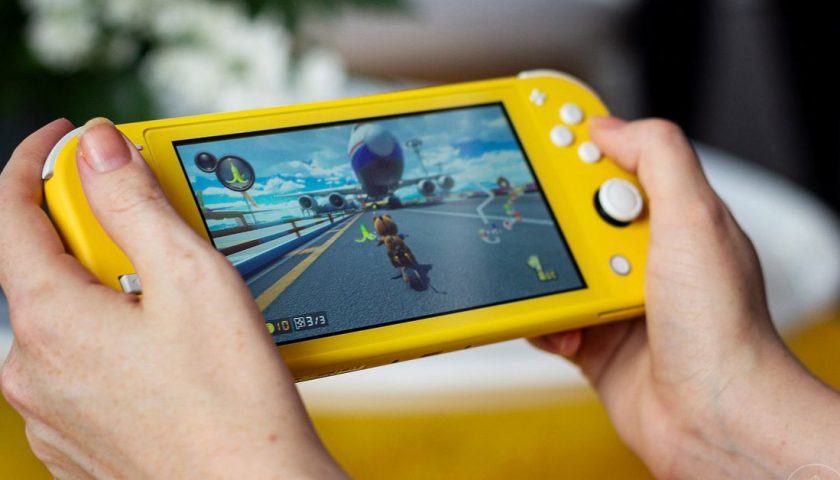 Bloomberg recently reported that Nintendo is working on a new, more powerful version of the Nintendo Switch hardware that will reportedly allow the console to display games in 4K resolution when docked. That would certainly be a neat feature, but it’s not why this news is so exciting.

The truth is that the Switch has been underpowered for some time now, and it’s become an issue for anyone who uses the hardware as their primary console. The problem was never a lack of 4K support, but rather, the ability to deliver even graphically modest games to the player without having to make distracting compromises to performance.

The issue of optimization

The Switch was released four years ago, and took off like a rocket due to the hybrid portable/console nature of the system’s design and the availability of a Mario game that became an instant classic, a Zelda game that … well, did the same thing, and an updated version of one of the best Mario Kart games ever released.

The Xbox One and PlayStation 4 received midgeneration power upgrades, and both Microsoft’s and Sony’s follow-ups attempted to bring some of PC gaming’s power to consoles. Nintendo released its system with the innards of a glorified cellphone. It was a bold choice that paid off, proving that some players are more interested in the game library and portability than raw power.

The Switch wasn’t nearly as powerful as the competition, but who cared? It didn’t need to be. Nintendo was making its own standout games for the platform, and those were running just fine. The difference in power between the Switch and its nearest competitors was also a lot less pronounced back in the before-times of 2017.

But that gulf in power increased with time. Overcooked launched with significant frame rate problems; Ark: Survival Evolved had to be cut down to the very basics to run on the system at all. Motion Twin, the developer of Dead Cells, apologized for the state of its Switch version at launch. And the most recent Switch port of a major game, Respawn Entertainment’s Apex Legends, is a very compromised experience.

Game developer Sterling Selover wrote about the challenges of porting Stingbot’s The Forbidden Arts to Switch in 2019. “All in all, I spent 4 months working on the Switch port, while simultaneously continuing to improve and finish the game on other platforms,” Selover said. “The Switch’s hardware is unique and unless a game is designed specifically for The Switch, it’s probably going to be very hard to maintain consistency with consoles of more powerful hardware.”

That problem is only getting worse as developers focus on the increased power of the PlayStation 5 and Xbox Series X. It will only get harder to make games that work well on both classes of console. The answer is either more time spent on optimization, which comes with its own cost and limitations for smaller teams, or designing with the huge power disparity in mind from the beginning.

As time goes on, though, it becomes more likely that more games with disappointing performance, loading times, and resolution will be released for the Switch. That’s bad news for everyone, from developers trying to deliver the best version of their games, to fans who want to play high-quality ports on their Switch. Something had to give.

So what does more powerful hardware get us?

The rumored new Switch hardware also is said to include technology that would make it easier for developers to eke more performance out of the system.

“The addition of DLSS would be a boon for new games and developers,” Polygon’s Michael McWhertor explained in a recent news post about the console. “Nvidia’s technology uses AI to accelerate graphics rendering through image reconstruction, maintaining high image quality while delivering improved frame rates. Put simply, it allows a video card to render a game at a lower internal resolution — reducing the load on the GPU — as it uses Nvidia’s AI algorithm to generate a reconstructed image that looks as good as (or, in some cases, better than) the game rendered at native resolution.”

Forget the arguments about frame rate and resolution for a little bit. The real issues here are legibility and how each game feels. Developers want to create Switch ports that allow players to see and understand the action while ensuring that the games still feel good to play. That’s the goal.

Nintendo put developers in something of a bind with the original Switch: The system isn’t powerful enough to be comparable with competing consoles, but it’s selling so well that developers may feel like they can’t afford to skip it. By upping the power of the lowest-end console on the market, Nintendo can make development of games easier across the board, which could lead to more — and better — ports of all the games you want to play on the go.

By offering more powerful Switch hardware, and getting players onto that more powerful hardware as quickly as possible, Nintendo could give developers an ecosystem where they can spend less time optimizing their games to get to that goal. It also means that developers who spend time building scalable engines can use more of those engines’ features on the Switch while keeping the game playable in terms of raw performance.

The best-case scenario? More ports, done in less time, using fewer resources, that look and play better. And that’s good for everyone … except maybe Microsoft and Sony.