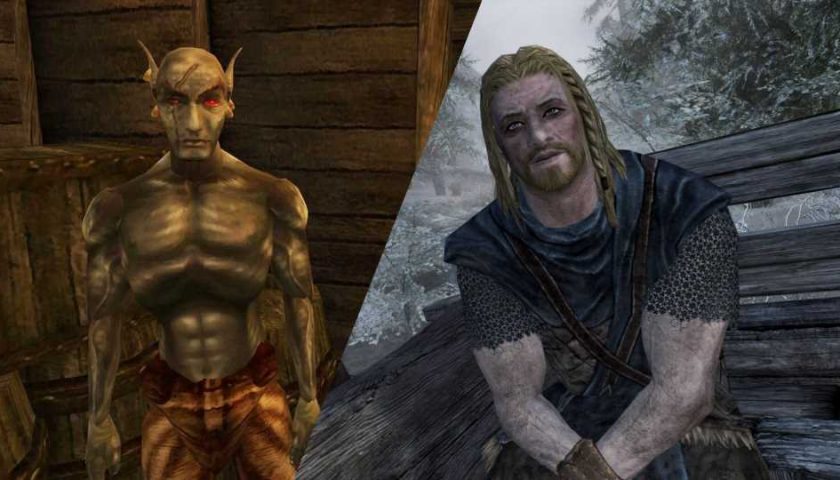 Bethesda loves a long introduction sequence. Whether it's schlepping through the sewers beneath the Imperial City in Oblivion, escaping from the confines of Vault 101 in Fallout 3, or the infamously drawn-out cart ride that opens Skyrim, these are games that actively battle against any desire to get into the open world as quickly as possible. This kind of lengthy, elaborate beginning is great for setting the mood, establishing the world, and teaching you the basics. But with Bethesda RPGs being as infinitely replayable as they are, return visits mean having to endure them repeatedly, to the point where they just become tedious.

Skyrim's opening is notoriously painful for returning players. After a torturously slow, entirely hands-off cart ride into the town of Helgen, you're forced to flee from a dragon that A) you have to try really hard to get killed by and B) conveniently destroys only the parts of the city that are blocking your escape to freedom. It's a heavily choreographed action set-piece that appears thrilling and dangerous, even though this fabled, fearsome creature—Alduin the World Eater, the First Dragon, the Twilight God—is no more threatening than a low-level mudcrab. It's an illusion that fades more and more with every replay.

The first time I played it, I loved it. I was so entranced by the world and atmosphere, and so excited to be playing a new Bethesda RPG, that I was happy just to sit back and experience it. Same for Vault 101, the Imperial City sewers, and seeing pre-war Sanctuary Hills in Fallout 4. These sequences are hugely impactful the first time around, and provide some valuable context for how the protagonist ends up where they are at the beginning of the game. But when you return for another playthrough and are eager to start a new character and live a new life in Cyrodiil, the Capital Wasteland, or wherever, the novelty is gone. 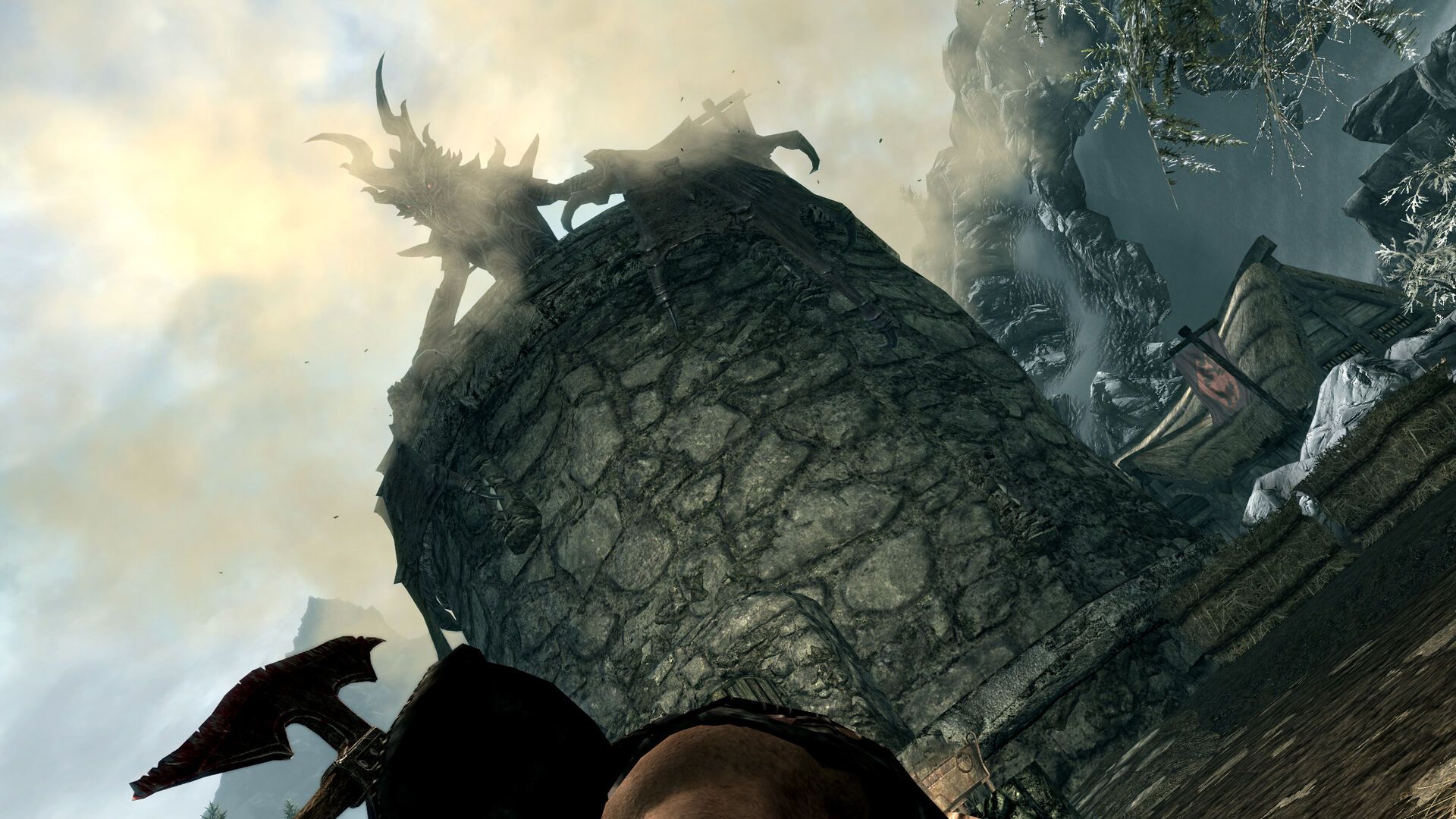 That's what's great about Morrowind. It opens with a brief, atmospheric cinematic that is less than a minute long. With just a few lines of evocative text, you're immediately drawn into the world and excited about the impact you might have on it. "In the waning years of the Third Era of Tamriel," it reads. "A prisoner born on a certain day to uncertain parents was sent, under guard, without explanation, to Morrowind, ignorant of the role he was to play in that nation's history." Moments later you wake up in the lower decks of a prison ship, inexplicably pardoned by the Emperor of Tamriel himself, and your adventure begins.

As with all of these games, you're gently nudged towards the main quest to begin the story—but Morrowind does much less nudging than later games in the series. There's a powerful sense of being a stranger in a strange land, free to shape your own destiny. You feel like you've been dumped somewhere alien and unknown, where even the weakest enemy can make short, bloody work of you. Most Bethesda RPGs try to make you feel like the greatest, most talented, most important person who ever lived from the outset, but you have to work to become powerful in Morrowind—which ultimately makes for a more satisfying RPG. 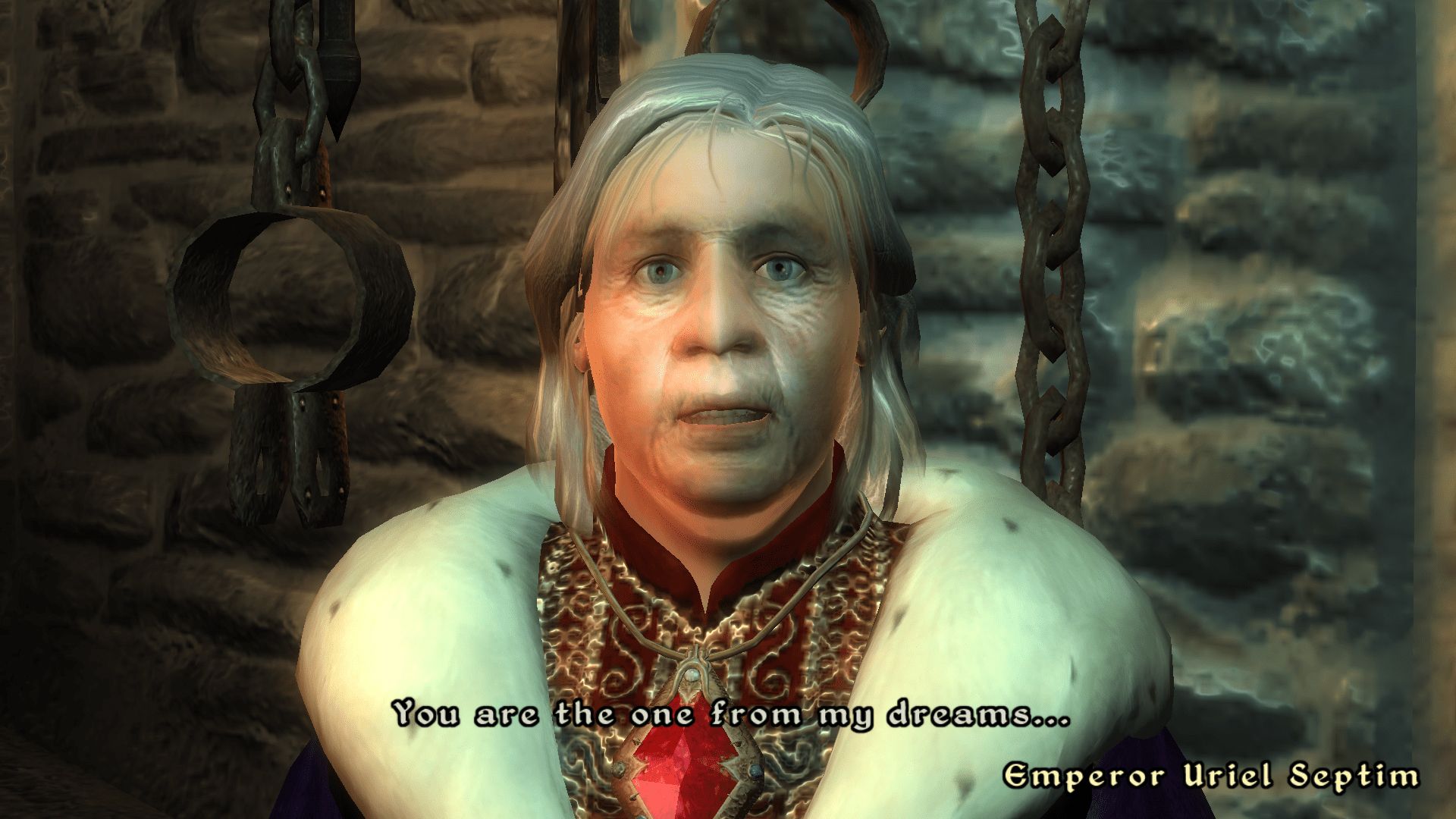 I'm not saying Morrowind is a perfect game. The early hours are gruelling, punishing, and opaque in a way you'd never get in a modern, mainstream RPG. Bethesda makes blockbuster games for a broad audience these days, and that requires a certain amount of approachability and tutorialising. But whatever the next Elder Scrolls ends up being, I'd love to see it at least take some pointers from Morrowind—specifically the brevity of the intro. I love the idea of being tossed into the deep end of a dangerous, overwhelming world, having to make sense of it along with my character, without any long-winded scene-setting to rely on.

On a more practical level, it would just make the game easier, and less frustrating, to replay. I know there are plenty of great intro-skipping mods out there. Skyrim's Live Another Life is a favourite of mine. There will probably be one for the next game too if it's afflicted with a similarly protracted opening. But I shouldn't have to rely on mods to get a good experience from a game. Whatever form The Elder Scrolls 6 takes, I'd like to see Bethesda mix up its formula and try something different. I'm not expecting a full return to the design sensibilities of the early 2000s, but the studio could learn a lot from its own past.