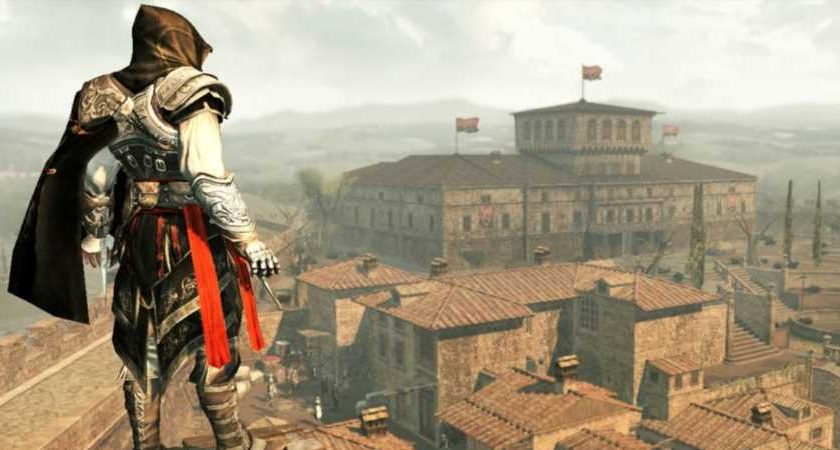 Assassin’s Creed Valhalla is a serious spectacle of scale. Although its world is immensely large, it teems with grandiose storytelling and smaller intrigue in near equivalence. This attaches a degree of immediacy to the area you are currently exploring without ever compromising the fact that you exist as part of a much larger world – it’s fantastic.

That being said, this open-world structure is nothing new in contemporary RPG design. Although Valhalla’s world is both lived-in and alive, it doesn’t necessarily scream next-gen. It’s gorgeous, and a lot of it can be traversed seamlessly on the new, more powerful hardware – although not quite as well as Red Dead Redemption 2. Valhalla is an excellent example of last-gen design at its finest far more so than it is a glimpse at next-gen design in its early stages – and there’s nothing wrong with that.

But I can’t help thinking that, as we press on into the future, Assassin’s Creed has an opportunity to experiment with next-gen machinery in ways that a lot of other blockbuster series do not. This is because of Assassin’s Creed’s trump card, which is the simple fact that the series used to be significantly more insularly focused than it is now.

The most next-gen thing Assassin’s Creed can possibly do is go back to a single city and design it to feel like a whole world. Just look at the clip below from Unity and pay attention to how much is going on.

When we talk about next-gen, we talk about the kind of procedurally-generated, logic-based scenarios we see in games like Outer Wilds, but we also talk about seamlessness. The thing is, a situation like the one shown in the video above could be masterfully translated to next-gen hardware by bearing both of these elements in mind. The skeleton for a next-gen experience is there – it just needs more depth. Everything you see happen in the clip highlights the interconnectedness between the characters and environments that is made possible by narrow, specific focus, which is simply not possible on the scale of something like Valhalla.

Take Assassin’s Creed 2’s Florence – with modern tools and hardware, consider the idea that you could seamlessly run through any door to escape from the guards. Every surface is interactable, and every character can be used to your advantage. The world is founded upon action and reaction, multiplied across tens of thousands of permutations based on your own specific and unique input. Next-gen isn’t about size or scale or fancy sunsets here – it’s about the fact that this world is both malleable and consistently hammering down on you in response to your every mistake.

A return to the city would allow Assassin’s Creed to focus more on stealth, parkour, and combat, sure. But it’s also by far the best way that the devs can make use of next-gen functionality – bigger is not better, especially when it comes to something as traditionally feature-rich as Assassin’s Creed. I’m all for the bigger games, mind – I love Ancient Greece and Norse mythology, and I’m excited to get around to Origins whenever my backlog allows for it. But as much as I enjoy these games and the historical periods they’re set in, Assassin’s Creed needs to look inward if it wants to truly showcase what it can do with next-gen behind it.

Next: Hammerfell Is The Perfect Setting For The Elder Scrolls 6