Out in the Yihelli Quadrant of the Euclid Galaxy, where all No Man’s Sky players begin their adventures, there’s a solar system made up of 6 planets. You won’t find bases, or anyone living on these planets. Perhaps it’s more accurate to call these globes canvasses, where artists come to leave their mark on the universe.

The AGT Fever Cloud is the brainchild of Zaz Ariins, a No Man’s Sky player who thought it would be cool to have a designated space dedicated solely to art. This system would be decorated with sculptures, installations, and monuments made by artists in the community. 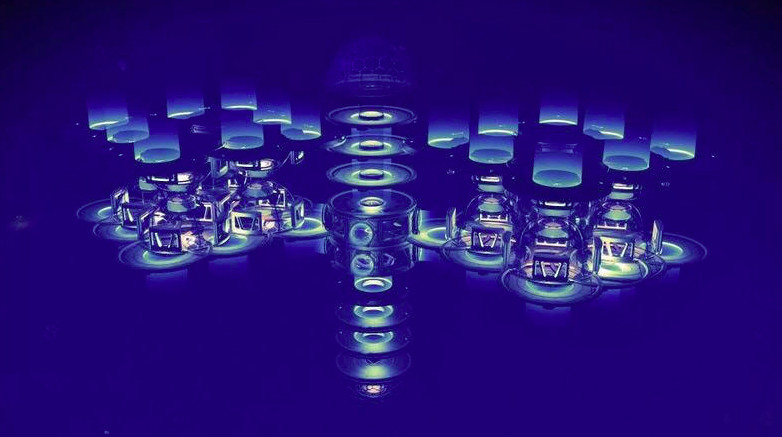 “Nothing functional or habitable and nothing resembling a conventional homestead or farmstead style base,” Ariins tells Polygon. “Purely aesthetically pleasing builds.” Right now, the Fever Cloud largely exists on the servers for the PS4 version, but No Man’s Sky players on PC and Xbox One systems are starting to contribute on their platforms, too. The system is open to anyone and everyone who wants to make art. 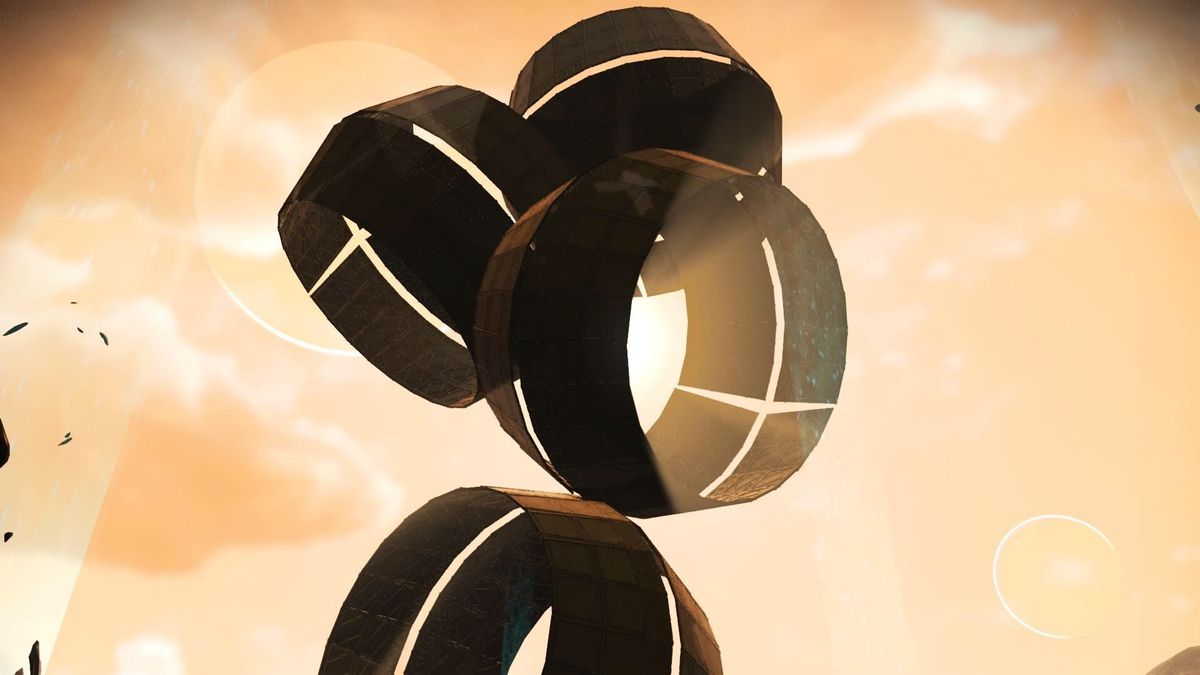 The planets include a range of biomes and settings, from completely underwater locales to snow-topped landscapes, providing artists different types of terrain to work with. The idea, Ariins explains, is to generate tourism and give No Man’s Sky players new landmarks to visit and appreciate. Some players have even devised flyers advertising specific works worth checking out. 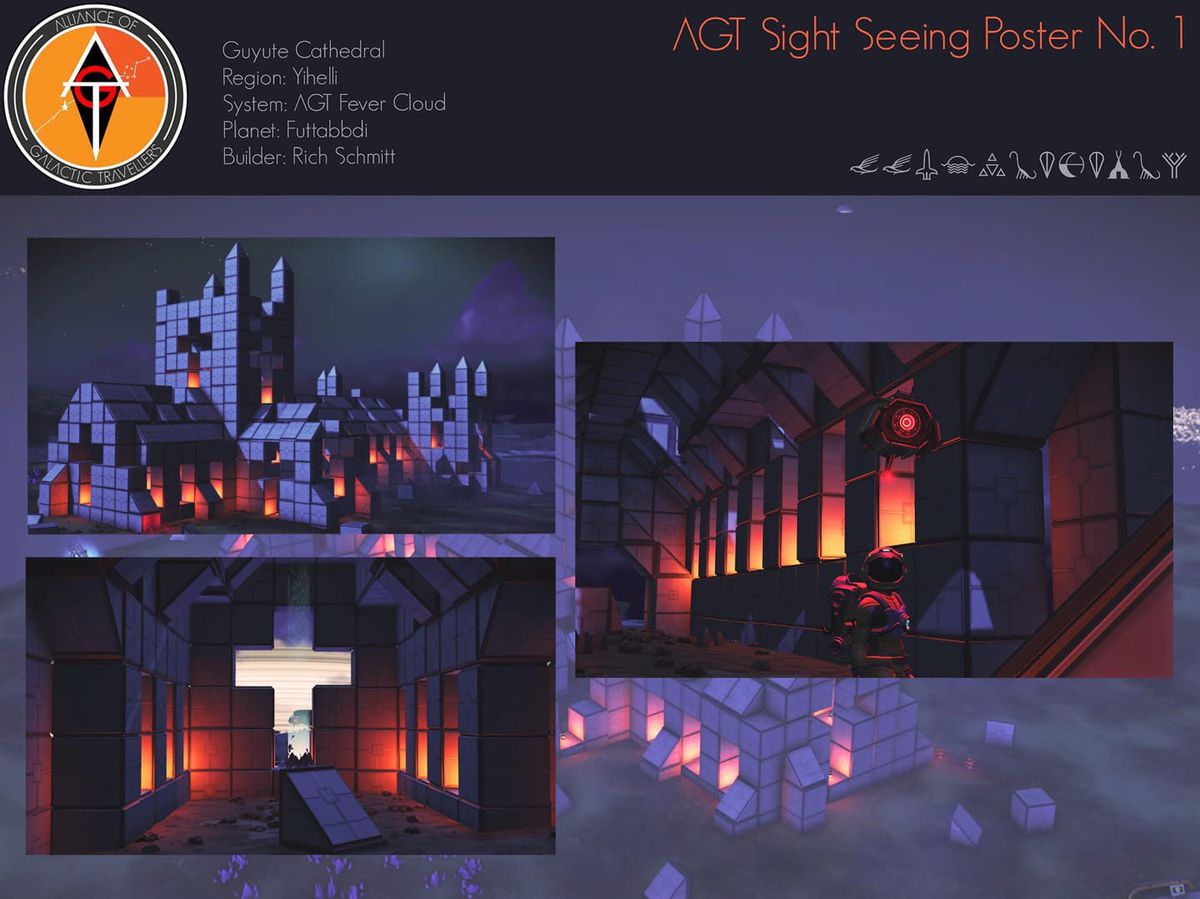 The Fever Cloud is a piece of a large-scale art community that’s taken root in No Man’s Sky. With entire galaxies as a canvas, these artists are operating on an almost divine scale.

In the player-led Galactic Hub guild, there’s a concept known as “architects,” specialists who know how to push the limits of the game’s construction tools. These experts can be hired to build bases for other Galactic Hub members, and will also offer input on existing base renovation projects. So far, the Fever Cloud has everything from pixel art projects, to more complicated builds like cathedrals and abstract art, a selection of which are included in this post.

“I couldn’t be happier to showcase the creativity of my fellow players and provide a destination for others to come and see the sites,” Ariins says. “There are some truly amazing builds there and I’m seriously happy with how well the community have embraced it.” 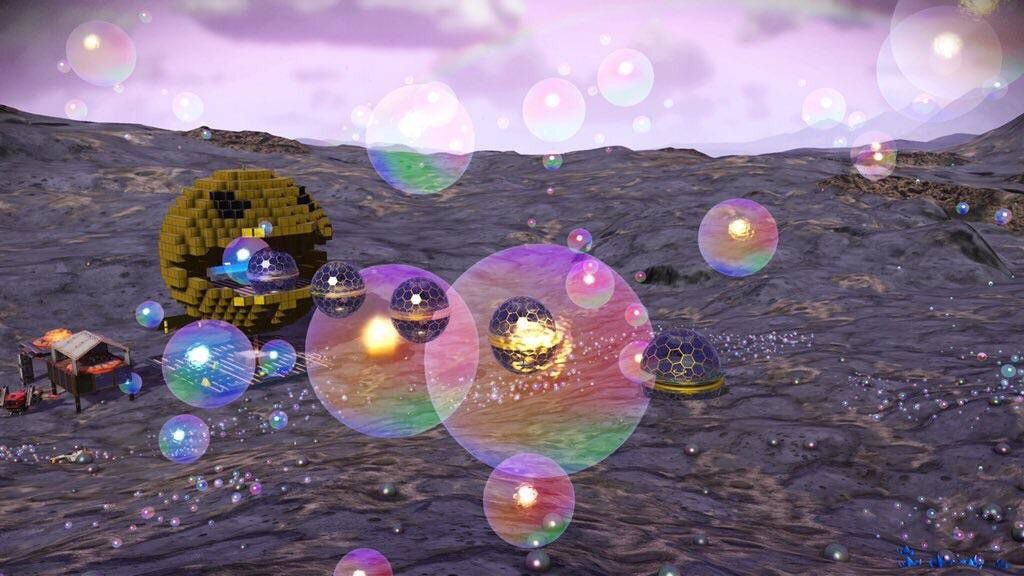 Some architects, like NMS Kibbles, are so good at what they do that you’re left wondering just how in the world they accomplished their builds in the first place. Some creations are literally impossible under normal means, as architects sometimes use in-game glitches that allow them to make complex builds with hundreds of intertwining pieces. The meticulous symmetry of these works create a stark contrast to the randomly-generated organic landscapes that surround them, and that dichotomy draws eyes. The architects of No Man’s Sky make the game unrecognizable, leaving tiny human marks on gaming’s biggest canvas.