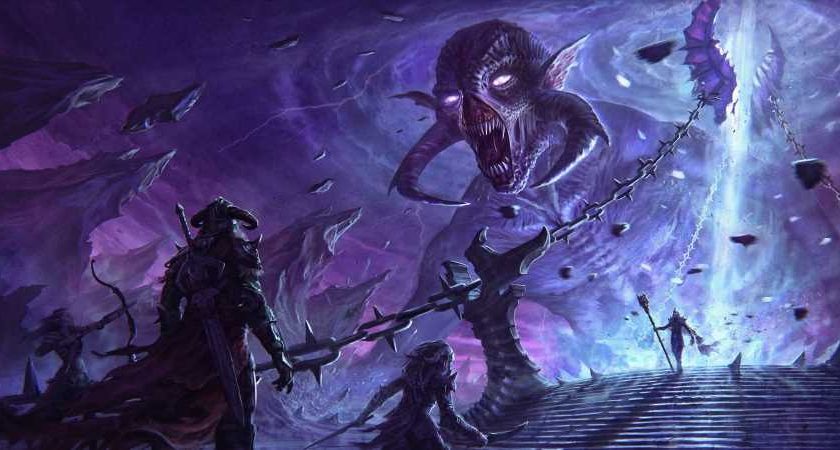 The Elder Scrolls Online has accrued more than 18 million players since launching in 2014– a feat no one could have predicted back then, given its rocky start. Yet, here we are seven years later, and ESO has fully established itself as one of the most popular MMOs on the market.

With the game’s massive Blackwood Chapter just around the bend, we had the chance to connect with creative director, Chris Lambert, and Matt Firor, president of ZeniMax Online Studios, to discuss the history of ESO, how the game has changed over the years, and how it toes the line between being an “Elder Scrolls” game and an MMO.

The Elder Scrolls Online had a rough launch back in 2014. What parts of the game did the community dislike, and how did you eventually turn things around?

Rich Lambert: A lot of the feedback at launch centered on the fact that ESO didn’t feel Elder Scrolls enough. It was a hybrid of MMO and Elder Scrolls “light” as we were trying to appeal to both MMO & Elder Scrolls players at the same time. A lot of players reacted negatively to that and so the team took a hard look at the game and what we wanted it to be – ultimately deciding to focus more on the Elder Scrolls aspects. Two major initiatives came out from that decision – improving world interactivity and freedom of exploration.

World interactivity focused on making the world feel more believable – players were used to being able to rummage through objects in Elder Scrolls games – stealing things from barrels, boxes, sacks…etc. Taking food off plates, all of those types of interactions. We didn’t have that in ESO at launch and didn’t until the Justice system launched in early 2015. That one change made a huge difference in believability and feeling of the world being real.

The second major initiative – freedom of exploration, was a much harder problem to solve. We spent a great deal of time wrestling with this one, including Matt and I having a three-day session at his house over the Christmas holidays one year discussing potential solutions. We ended up settling on something that would be called “One Tamriel,” which involved removing all the barriers to exploration. The arbitrary level gates that prevented players from exploring, the alliance-specific story paths, level barriers to grouping with your friends… all of these we removed to open the world up and give the players the freedom to explore the world at their own pace, and in their own way. It took us almost two years to do, but now that it’s done it was probably the single best thing we did to the game.

Matt Firor: The launch wasn’t so much rough – it was more that the game didn’t deliver on some of its promises, the largest being that it would be a true Elder Scrolls experience. We had some technical issues, but those were mostly fixed in the first couple of weeks, and after that, we concentrated on assessing what players liked and didn’t like about the game.

We canvassed the community, we looked at internal metrics to see player habits, and we had our own opinions. By triangulating the three, we came up with a plan that focused on the “Elder Scrolls” part of the experience. We added the Champions System to give end-game players an advanced leveling system, added an outlaw/stealing/fencing system, and a ton of other fixes and tweaks. We also made the game Buy-to-play, so you could play it without a required subscription, and finally – in 2016 – we added One Tamriel, that removed leveling as a barrier to player grouping and exploration. All of these were important, but with One Tamriel, the game really took off. 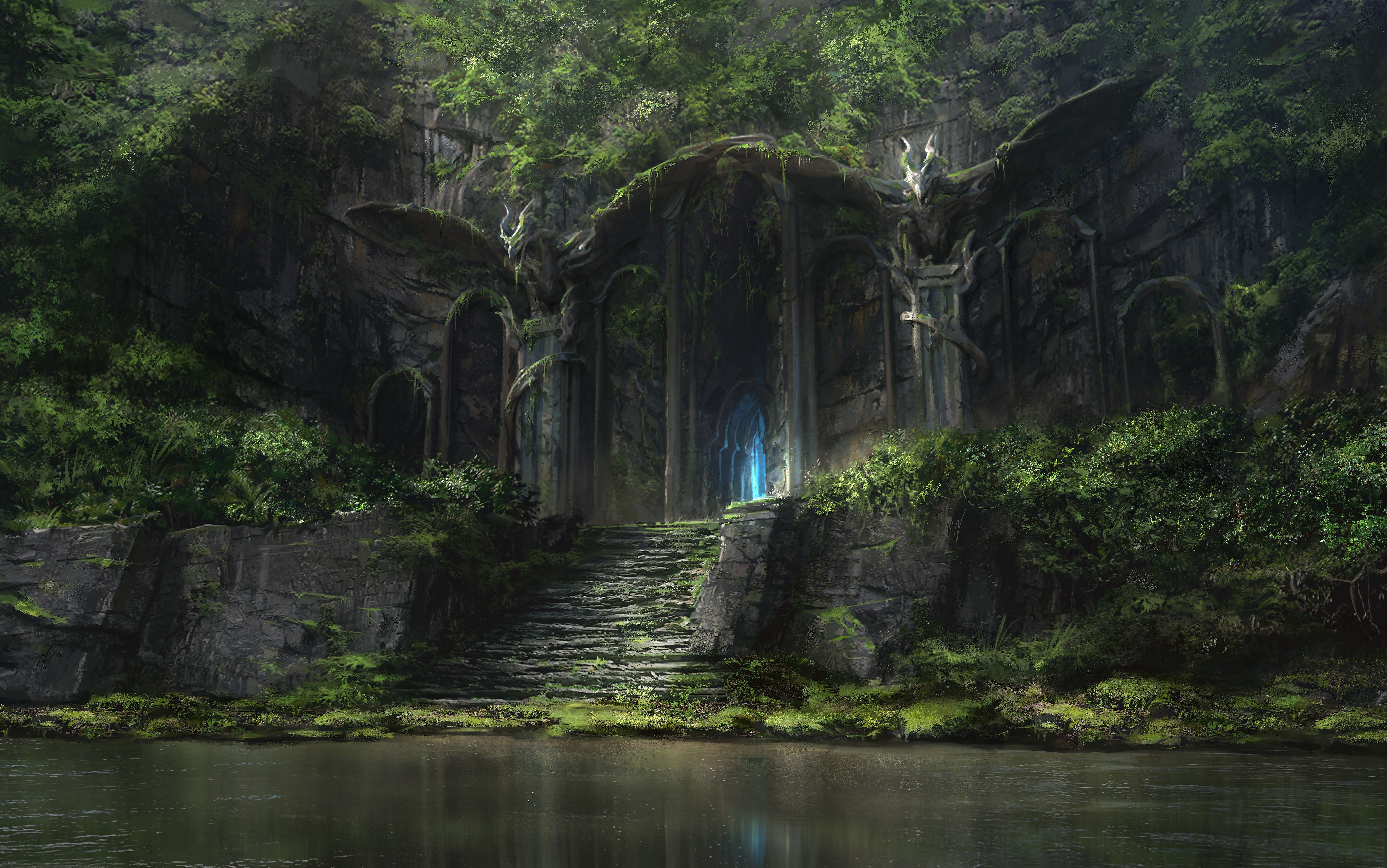 Fast-forward to today and The Elder Scrolls Online is one of the most popular MMOs around. If you had to pick one reason for its continued popularity, what do you think that is?

RL: I think there are lots of reasons but if I have to pick just one, I’d say a lot has to do with our update cadence. Since our initial console launch, we’ve been doing major content updates on a quarterly basis. This not only ensures that there’s always something new for our players, but shows that we are committed to the game and continually improving it.

MF: We are the most accessible game of its type out there. Because character level isn’t related to content, you can buy the game today and play any of the content you want. You don’t have to play the older content first, you don’t have to grind to get up in level to see the new shiny stuff – you can do what you want. This makes ESO very accessible to new players, who can group (and join guilds) with players who have been playing for years. This leads to little separation between veteran and new players, and a welcoming atmosphere. Additionally, we are on seven platforms (PC, Mac, Stadia, Xbox 1, Playstation 4, Xbox Series X/S, and Playstation 5), so if you are a gamer, chances are you have a device that can run ESO.

How do you toe the line between being an Elder Scrolls game and being an MMO? That must be a tricky balancing act.

MF: This is a great question and one that we struggled with for much of the game’s early development. Back when we started, in 2007, both Elder Scrolls (which at that time was Oblivion) and MMO (at that time, World of Warcraft) had different definitions than they do today. Skyrim changed everyone’s perception of The Elder Scrolls, and online games exploded in popularity between 2007 and 2014, when ESO launched. Part of the challenge of making ESO was navigating both of those trends.

When Skyrim proved to be one of the greatest games of all time, we had to change ESO to be more like it. We added first-person view, we changed that art and shaders to be darker and more realistic, and we added fully voiced NPCs. To stay current with online gaming, we decided to move away from the obsolete “shard” method of separating players into different versions of the world, and decided to make an all-encompassing Megaserver that allowed hundreds of thousands of players online in the same world. Both of these decisions came about because we wanted to be sure we were being the best Elder Scrolls and the best Online RPG game that we could be.

What other games do you draw inspiration from when creating new content for ESO?

RL: We’re all gamers of course, so games of all types have a huge influence on us. They aren’t the only source of inspiration though – books, movies, sports…etc are all great sources as well. For me personally, I love diving into anything with RPG elements – building characters’ power, collecting new gear, and strong storytelling.

MF: We all play the other Elder Scrolls games, of course – and all the games from BGS. They are all influential, and I personally learn something from each one of them. We are an RPG studio at heart, and most of us play almost every RPG when it comes out. Also at this point, with so many stories in ESO, we use stories we have told already in a previous part of the game, and expand on it in a new one. So you can see characters you love from your early journeys in Tamriel show up more than a few times – we like doing this because we love the characters too, and it adds great depth to the game to have a famous NPC recognize you as someone they already know. 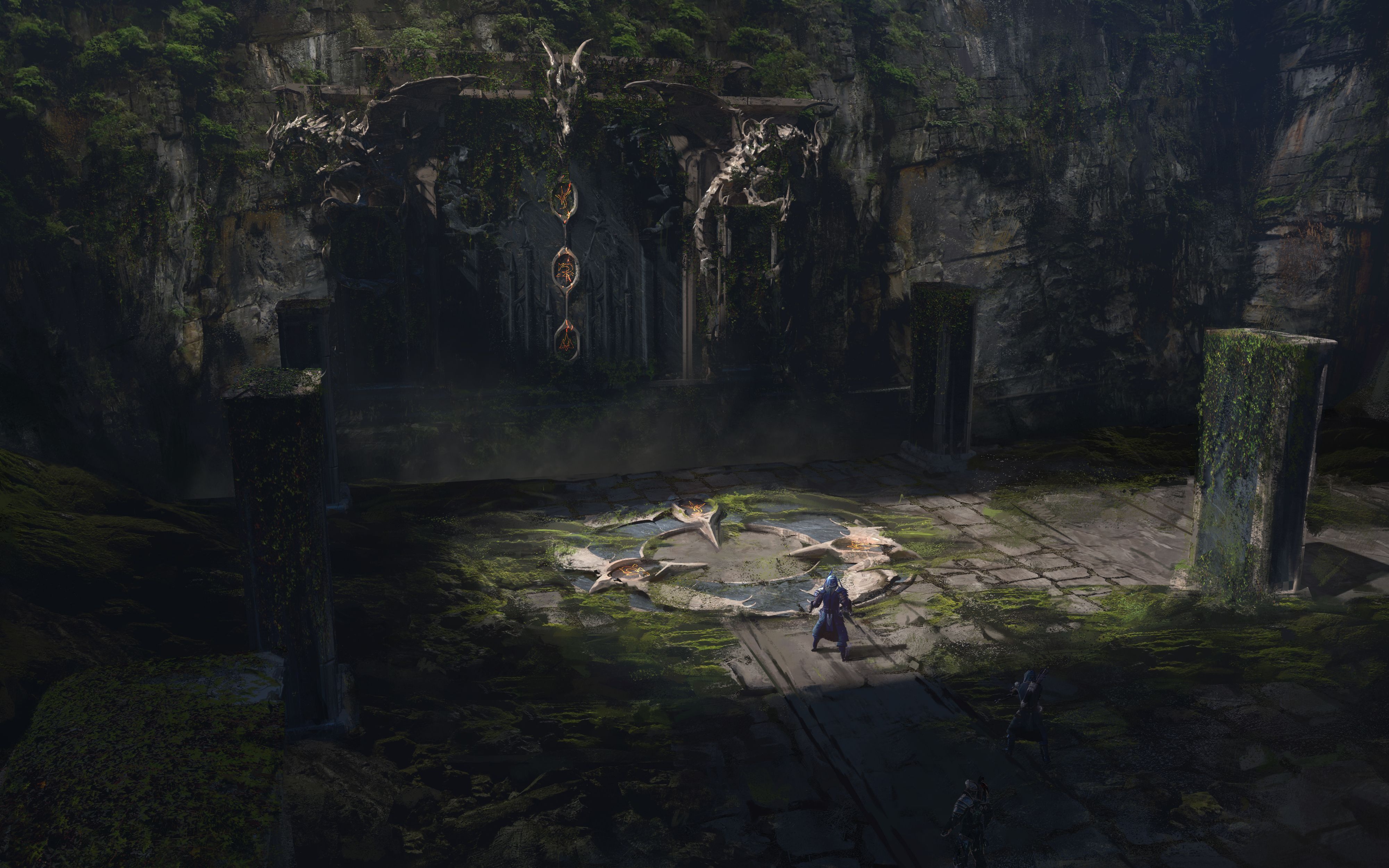 Beyond ESO, what’s your favorite MMO and why?

RL: There are so many! The Realm, UO, WoW, Secret World, FF14 to name a few. Everquest will always have a soft spot in my heart though – it was the first I really got hooked on and I played that game religiously for a very long time. I also met my wife in EQ and we’ll be married 19 years in August.

MF: I don’t really consider ESO to be an MMO, in the traditional “MMORPG” sense of the word, because that term is freighted with a lot of definitions that don’t apply to ESO (tab targeting, mouse movement, PC-only, super hardcore, etc.). At this point, so many game types have underlying “massively multiplayer” technology that MMO is becoming even more dated as a term. I’ve long been a fan of online games – I’ve been in the game industry since the late 1980s and I’ve never shipped a single-player game – all of them have been multiplayer. As such, I love all types of online gaming interaction: Fifa, World of Warcraft, the last-man-standing shooters, etc. My first big MMORPG as a gamer was Everquest, although I dabbled a bit in Ultima Online before that.

Are there any plans for cross-platform play?

MF: None at this time.

The Blackwood Chapter is gearing up for launch this June. What was your favorite part of working on the new Chapter?

MF: I love the fact that it feels familiar, because it is based somewhat on the Lewayiin area of Oblivion – but also that it has a huge area of previously unexplored area around Gideon and into the western Blackmarsh. Argonian lore is some of my favorite in The Elder Scrolls, and we got a chance to expand on it in Blackwood. And of course it is great to go back to the Deadlands in Blackwood’s portal events.