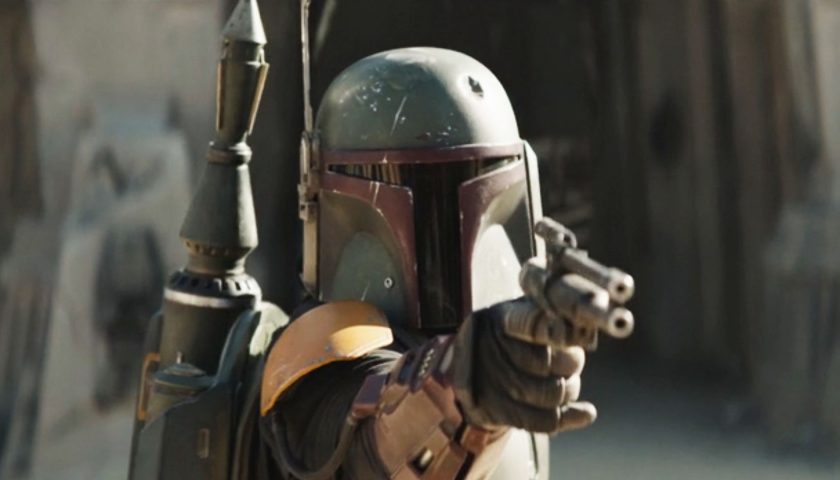 Major spoilers ahead for Chapter 7 of The Book of Boba Fett.

Everything in The Book of Boba Fett has been leading up to this moment: the final showdown between Fett and his allies and the spice-running Pyke Syndicate. It promised to be an exciting, explosive finale to a show that has, overall, been pretty good. Instead, it was one of the most laboured, low energy, and bewildering battle scenes in the history of Star Wars.

But before I dunk on it, there are a few things I liked. Mando being reunited with his tiny green pal in the middle of it all was wonderful. When Grogu leapt into his arms, I'll freely admit that I was hit with a swell of emotion. I don't care if just a stupid puppet—I felt it, man. I love that little freak. I didn't think we'd see this until Season 3 of The Mandalorian, so that was a nice surprise.

I also liked Boba riding his new pet Rancor into battle. The rubbery stop-motion puppet in Return of the Jedi never fully got across how powerful these creatures are supposed to be, but here it's an absolute beast. I enjoyed watching it rampaging across Mos Espa and tearing robots apart. I didn't even mind when it climbed that tower in an on-the-nose homage to King Kong. 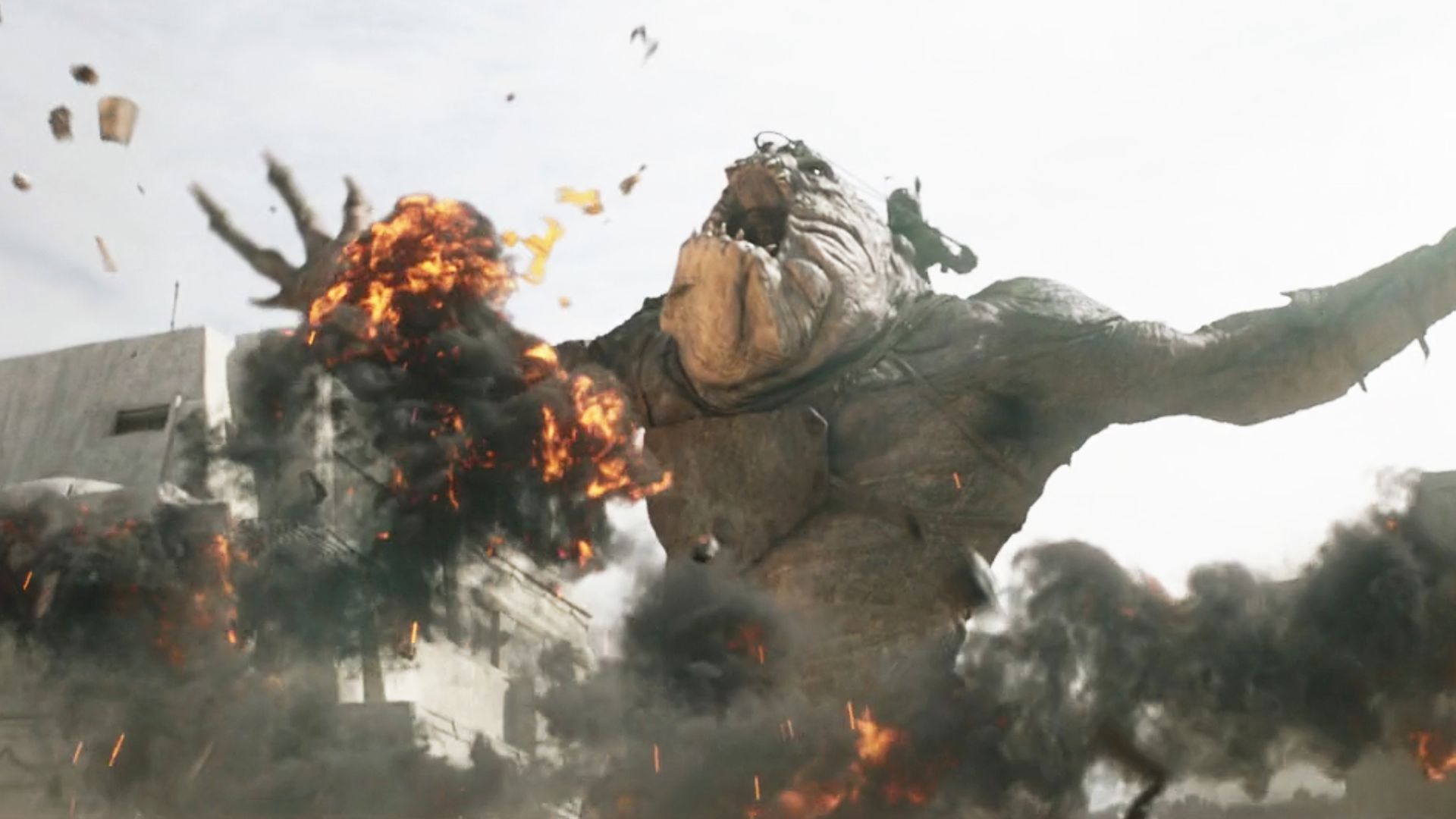 Mando and Fett fighting together was great too. It's always a fun time when these guys go full Mandalorian, and both characters made use of pretty much every weapon and gadget hidden up their Beskar sleeves—including Fett utilising his helmet's rangefinder to launch a back-mounted missile, and an always satisfying appearance from Mando's whistling bird.

But the praise ends there, because in every other respect this battle was a complete washout, thanks mainly to the presence of a pair of Scorpenek droids. These heavy duty war bots, built during the Clone Wars, previously appeared in Star Wars Legends material, but are now officially a part of the canon—and are able to protect themselves with an impenetrable shield bubble.

It's established immediately that energy weapons have no effect on these shields, yet our heroes spend the entire battle firing blasters at them. Every time Mando, Fett, or one of the Mods (man, I hate the Mods) pointlessly shot at them, I was screaming "Why?!" internally. Throwing rocks would have been just as effective. The droids didn't even flinch when their shields were hit. 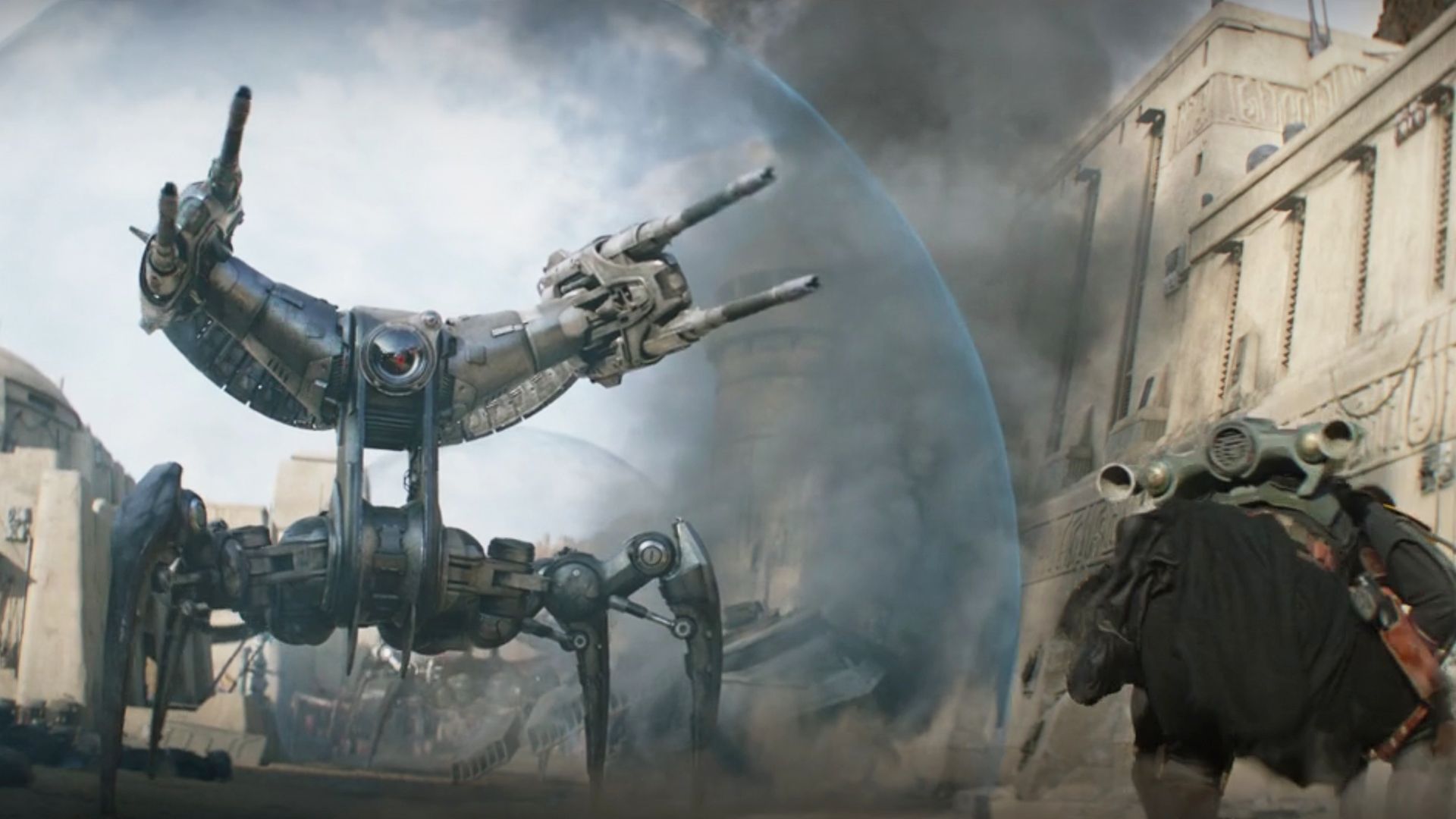 The initial sense of danger when the Scorpeneks arrived quickly petered out too because they're useless. In one scene the Mods and other Fett allies run away from one down a wide open street, basically jogging, and not a single person gets hit. I know all the bad guys in Star Wars are famously terrible shots, but this was just comical. It cheapened the impact of these so-called killer droids.

We also had to endure more scenes of the Mods riding around on their painfully slow, stupid looking space scooters—and one of them doing an utterly gratuitous spin during a firefight that has rightly been widely mocked online. I'm still baffled how these characters made it into the Book of Boba Fett at all. They are truly heinous and I hope this is the last we ever see of them.

The whole battle just felt off. Like the way it all seemed to happen in one T junction, despite the fact Mos Espa is a massive, sprawling city. Or the entire fight, according to Fett, somehow hinging on the arrival of backup from Cobb Vanth. Is that really the best Fett could do to defend the city? A teenage scooter gang and a dozen dusty moisture farmers from Mos Pelgo? 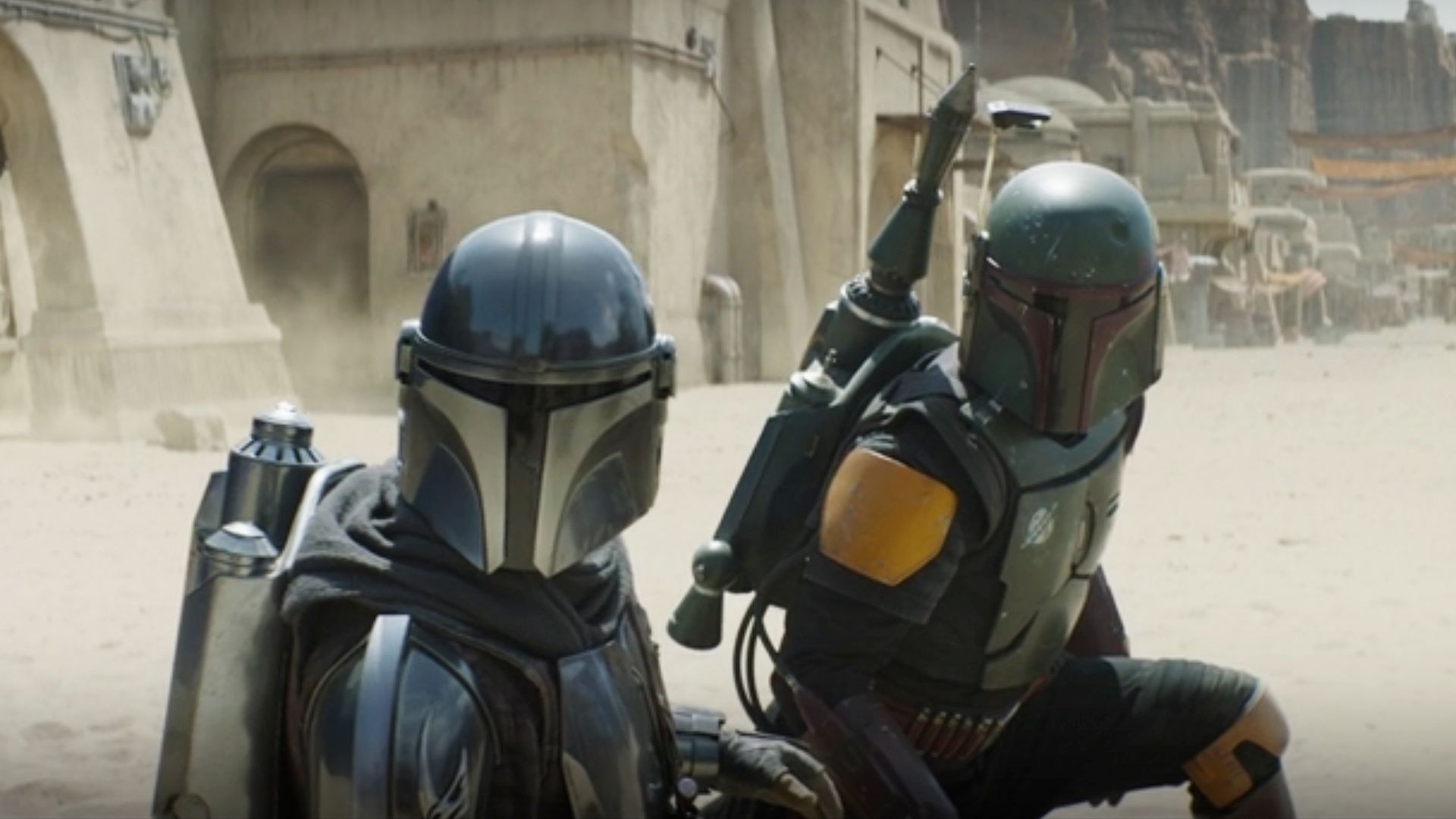 It was terribly choreographed too. People were constantly standing motionless out in the open lazily firing their blasters, even when confronted with a hulking great battle droid. When Mando detects the incoming Scorpeneks with his visor, they just stand there and wait for them to come instead of coming up with some kind of strategy to evade them. Nothing anyone did made sense.

But the most frustrating thing about the episode is how, when our heroes eventually managed to disable the Scorpeneks' shields, everyone suddenly stopped firing at them—the precise moment when firing at them would have been actually useful. I'm getting mad just thinking about it. I was supposed to be thrilled during this final battle, not grinding my teeth to dust.

What a mess. But overall, I still enjoyed The Book of Boba Fett. There was some great Star Wars in here—as well as what was basically a great episode of The Mandalorian—so I'm willing to overlook its faults. I hope we get another series at some point, so long as the Mods stay well away and there's a greater focus on Fett as a character than exhaustingly bad action sequences.