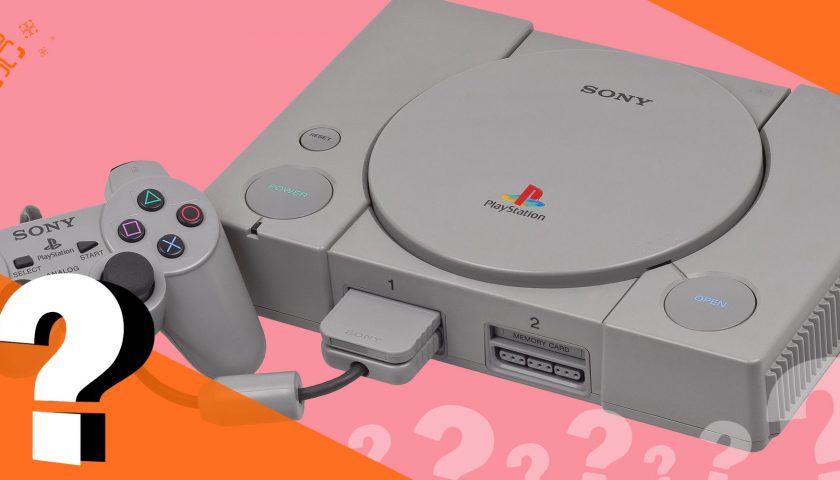 This week's Big Question is very big. What's the best games console of all time? It's a fiery debate that will rage on the internet for millennia—and everyone has a different answer that they're convinced is the correct one. There's no objective truth here, and one gamer's trash is another gamer's treasure, but let's hear what our editors think anyway. 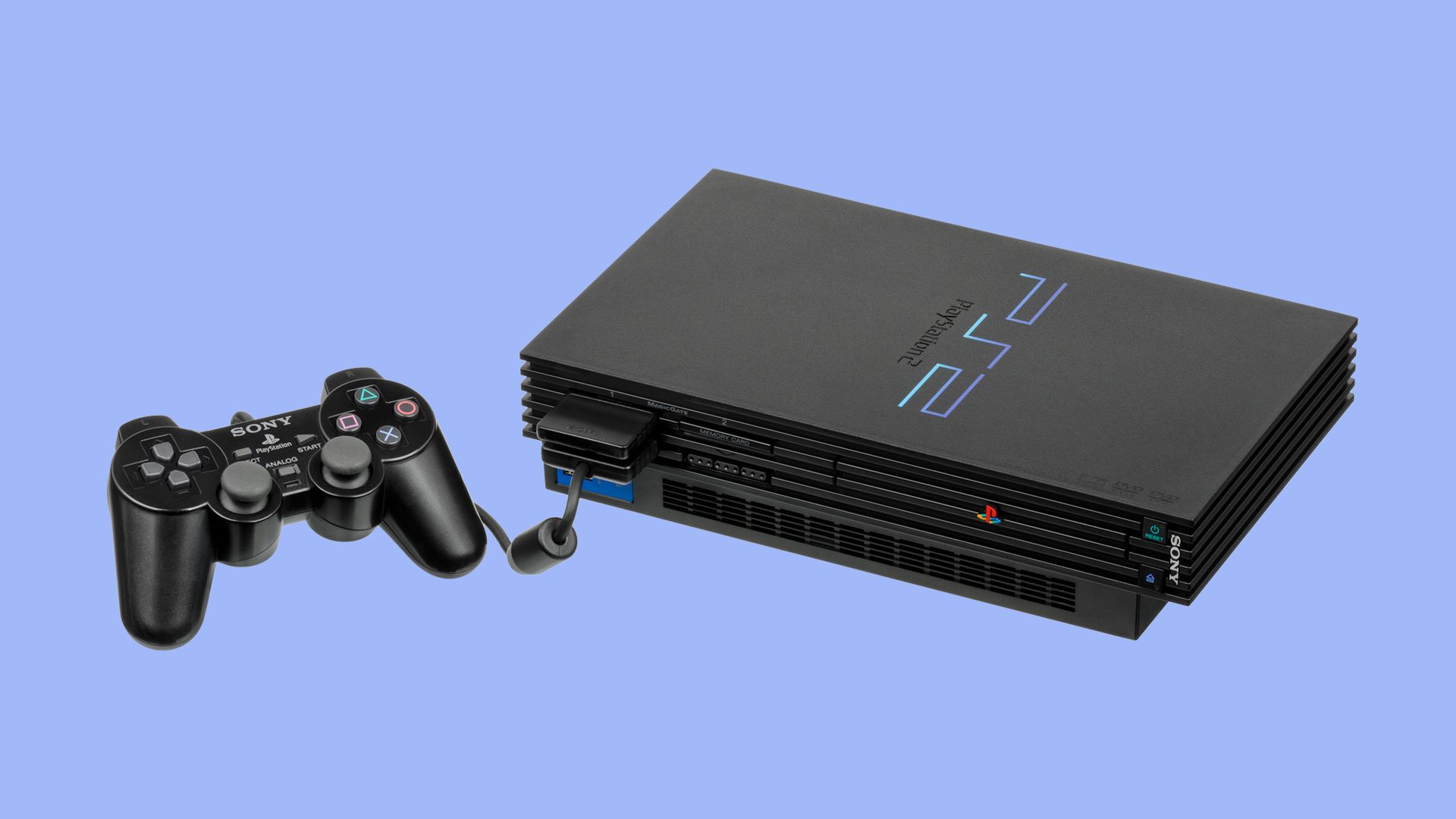 Has there ever been a better console than the PS2? I don't think so. First, the design. That elegant monolith. Perfection. Later Sony consoles opted for more aesthetic complexity, but the clean-lined simplicity of the PS2 is still unbeatable. Then there's that sensational games library. Grand Theft Auto 3, Silent Hill 2, Final Fantasy 10, Persona 4, Metal Gear Solid 2, Shadow of the Colossus, Devil May Cry, Katamari Damacy… I could go on. Just an incredible collection of stone-cold classics. The DualShock 2 was awesome. It doubled as a DVD player. It's no wonder Sony sold a whopping 160 million of them. 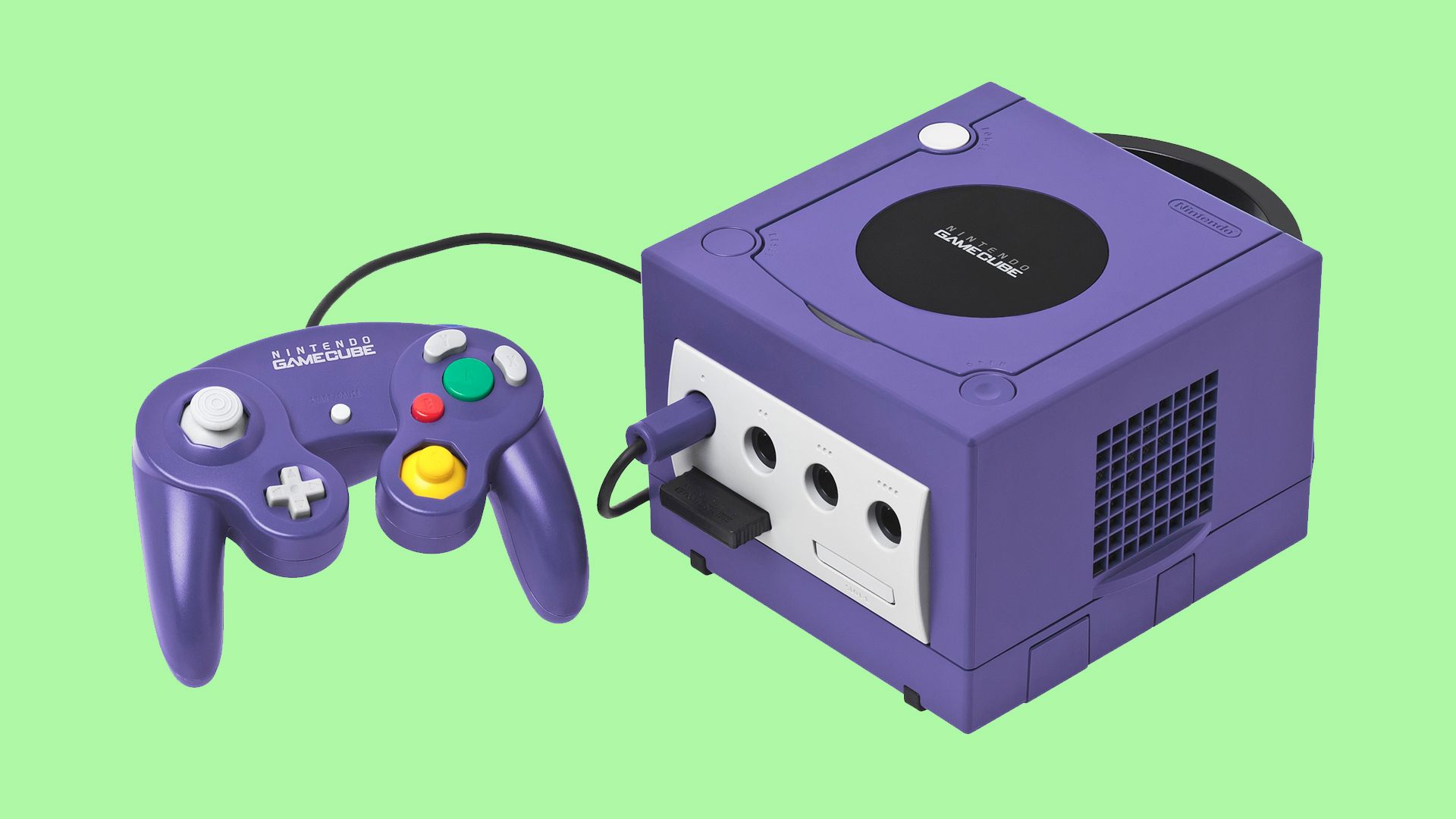 The GameCube isn’t known as the purple cube of awesome for nothing. A console like no other, it comes in different colours, has one of the nicest controllers I’ve ever used and even has a handy carrying handle, making it look like a very funky, geeky handbag. Aside from the simplistic, classic design it also has many games I still love to this day. Mario Kart Double Dash, Paper Mario: The Thousand Year Door, Legend of Zelda: The Wind Waker, Super Mario Sunshine, and Super Smash Bros Melee. All fantastic examples of their series. You can argue with me about Mario Sunshine but I stand by it and raise you Eternal Darkness, Metroid Prime and Luigi’s Mansion. Case closed.

My first console was the PS2, a mindblowing platform full of the best games I ever played and maybe ever will play. My collection was a bit more rogue than most, enjoying titles like Haven, Sonic Heroes, The Incredibles, and Sly Cooper, but from the niche to the hits to the underrated, the PS2 had instant classics and certified bangers unending. It’s what introduced me to one of my all-time favourites, Ratchet & Clank, and it had such a diverse collection that embraced change with some of the most revolutionary games calling it home. Between the cherished childhood memories and the catalogue of hits, the PS2 is easily the best of the bunch. Libraries make consoles, and this had Half-Life’s exclusive co-op mode, so it wins by default. 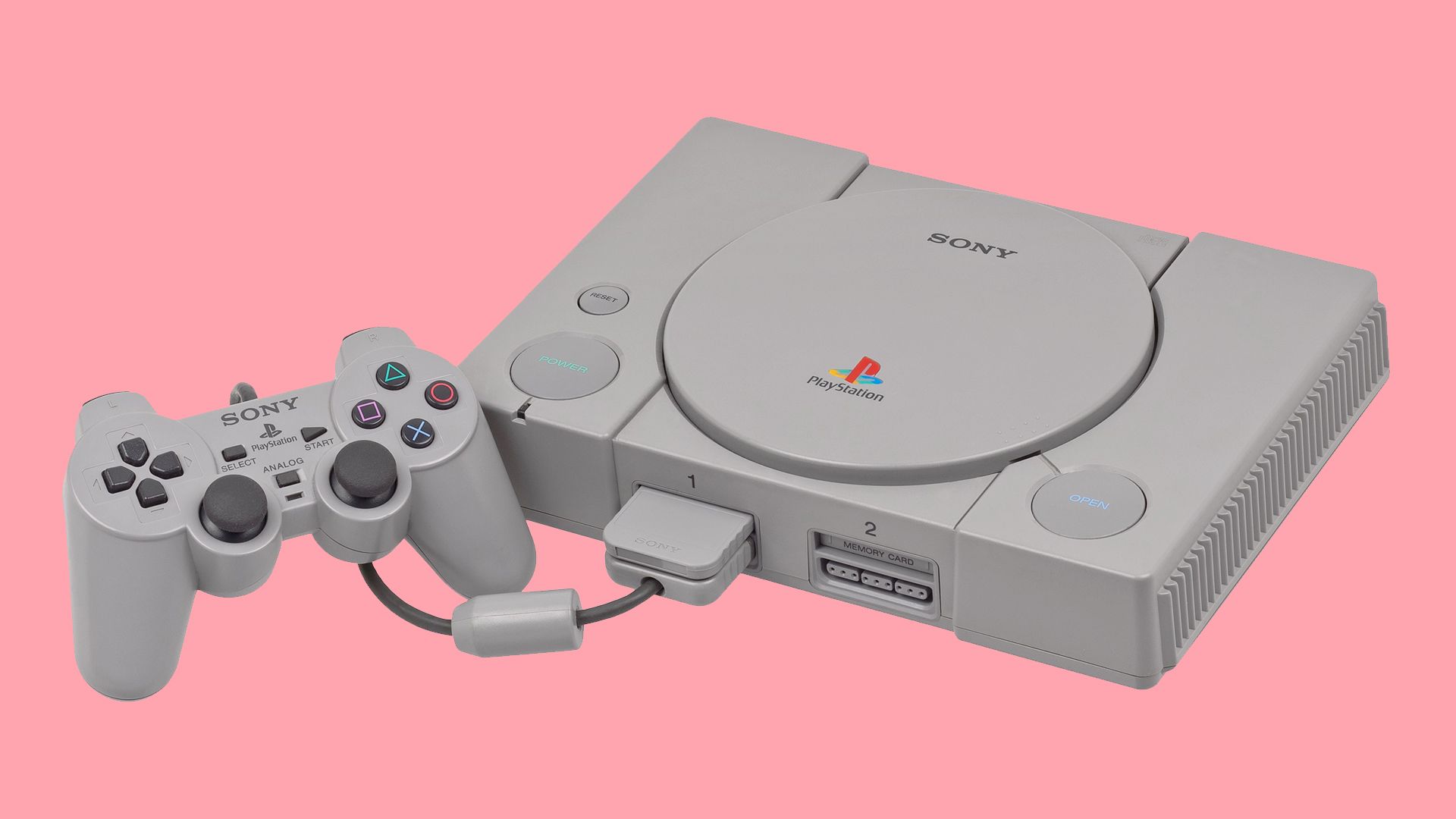 As long as we’re not getting literal about it and comparing graphics and all that techy wizardry, the PlayStation takes this crown. Aside from the fact it’s heavily steeped in nostalgia for me and it was home to many of my all-time favourite games, it was the start of something amazing.

Look at the lineage of the PlayStation now, think of the many, many classic PlayStation series this console birthed — Spyro, Crash Bandicoot, and Silent Hill, to name just a few. I’m sure I’ll annoy a few N64 fans, but the Japanese Dual Analog Controller stole Nintendo’s thunder when it came to introducing rumble, so I’m considering PlayStation the true champ of rumble too. 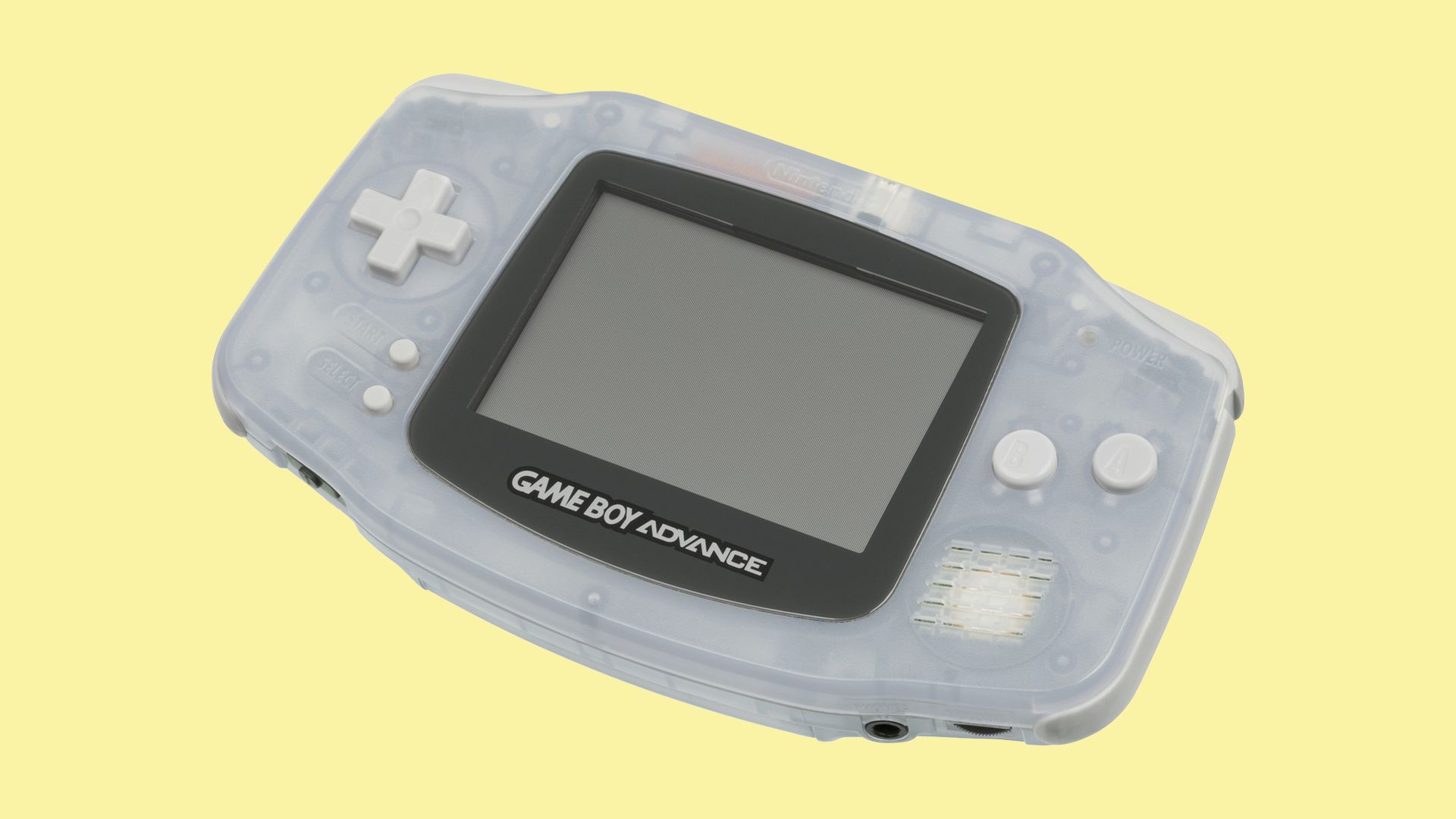 With parents lovingly concerned with the amount of ‘screen time’ I was having, I didn’t have many games consoles growing up. I had to win a GameBoy Advance in a competition before they were even allowed in the house. I’m coming at this question from a place of pure nostalgia, but I spent years hunched over that little handheld with its translucent blue casing and the handful of games I owned or rented. My earliest gaming memories are playing Pokemon Silver a few steps at a time on long car journeys, only seeing glimpses of the game as streetlights lit the screen. It became muscle memory, as did holding a torch in my mouth under the covers in bed to play into the early hours. Oh to be young again. 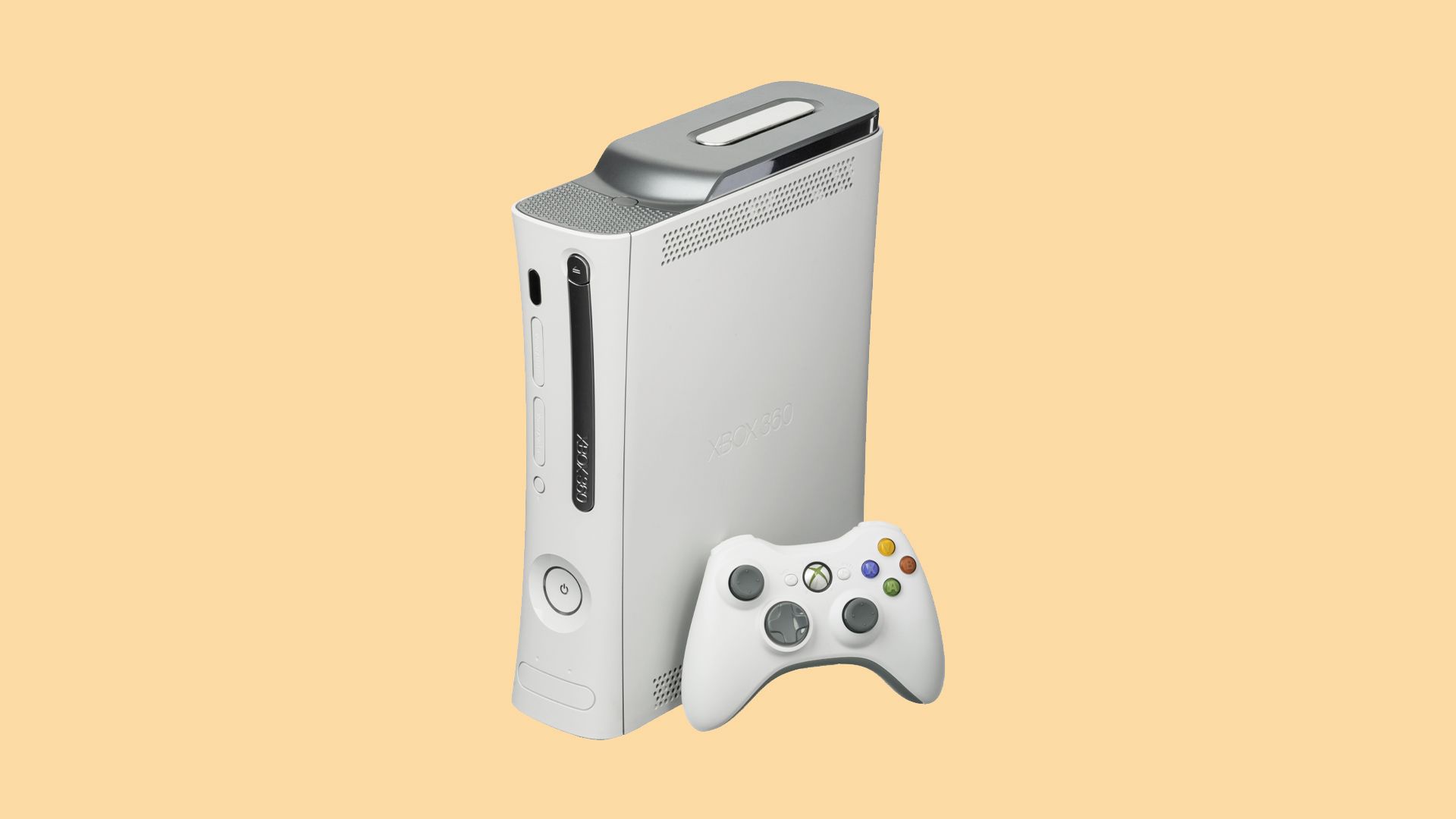 The era of the Xbox 360 is one I look back on with a lot of rose-tinted nostalgia. It was the first console I owned as a big kid – I had a GameCube and Playstation when I was little, but they were for my paps, not me – and the first piece of tech that I was allowed in my bedroom. I remember loading up Call of Duty 4: Modern Warfare on my birthday, all my friends sat around me (drinking Coke and eating disgusting Pickle Onion Monster Munch because kids are stupid) and we were all just blown away by what we were seeing. My life, as they say, would never be the same.

I considered choosing the PS1, the SNES, and even the PS5 (as I’m loving the fact that it plays 4K Ultra HD movies) for this week’s question, but it was hard to look away from the PS2. Just too many outstanding memories: exploring Liberty City and vibing with the radio stations in GTA3; getting my mind blown by Kojima’s trickery in MGS2; of playing SSX into the small hours with a friend. So much variety too – with an abundance of genres represented – which is missing in the present day. The PS2 lays claim to being the best console of all time simply because it has clocked up the most hours for me of being lost to the flow – that feeling of being completely immersed. 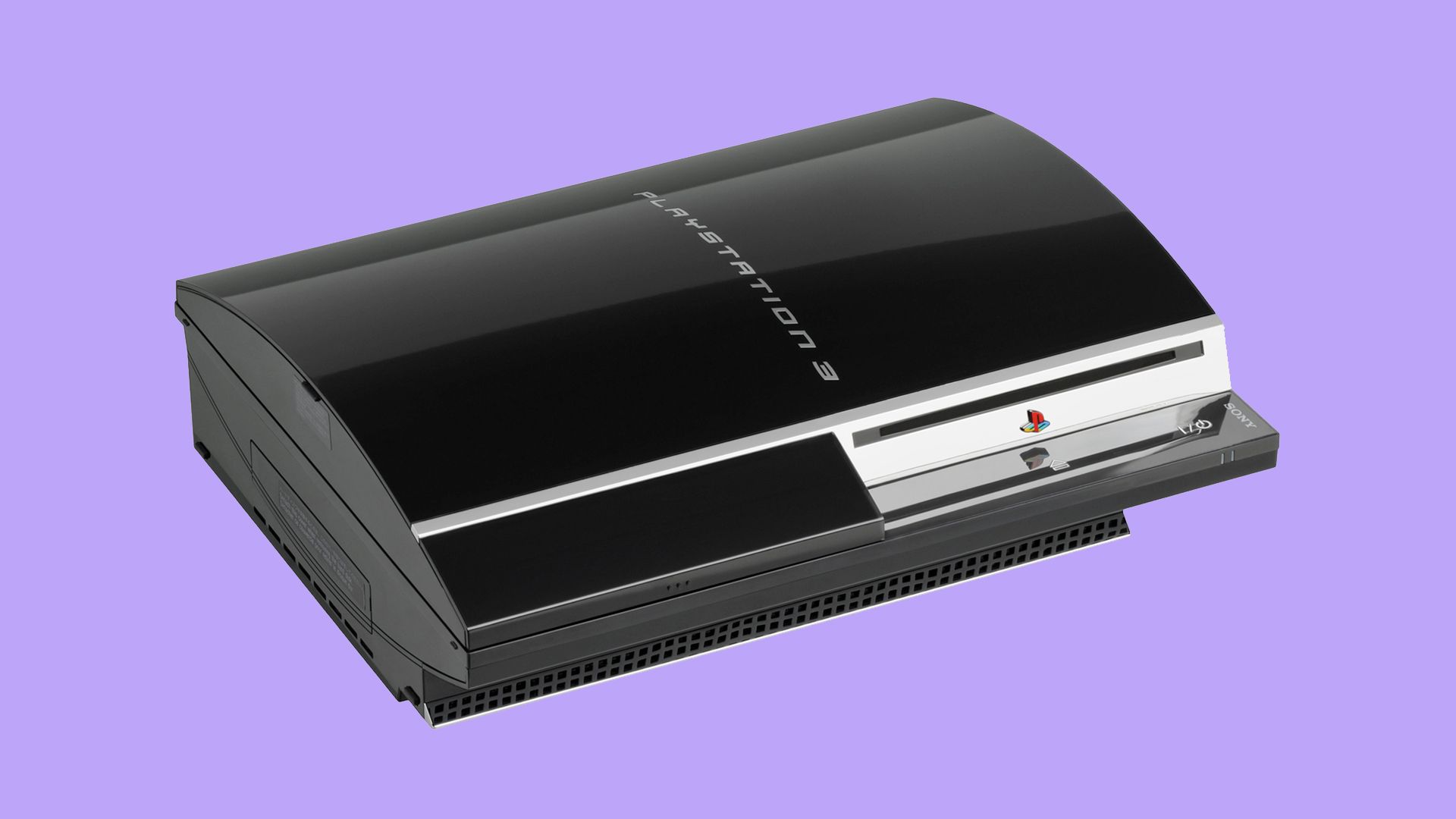 I have great memories of every single console I’ve owned, but the PS3 has to be the biggest leap both socially and technologically a console has ever afforded me. Carrying on the PS2’s legacy as a DVD player, this marvellous machine enabled me to embrace my inner cinephile by doubling up as a Blu-Ray player. It was also the first console I had that could connect to my newly installed wireless broadband, and I spent basically all of year nine playing Modern Warfare 2 after school. This console also introduced me to phenomenal indies like Journey and Transistor, as well as great triple-A titles like GTA 4 and The Last of Us. The PS3 is what turned gaming from my lonely little hobby into a social and artistic passion. I’ll always be grateful for that. 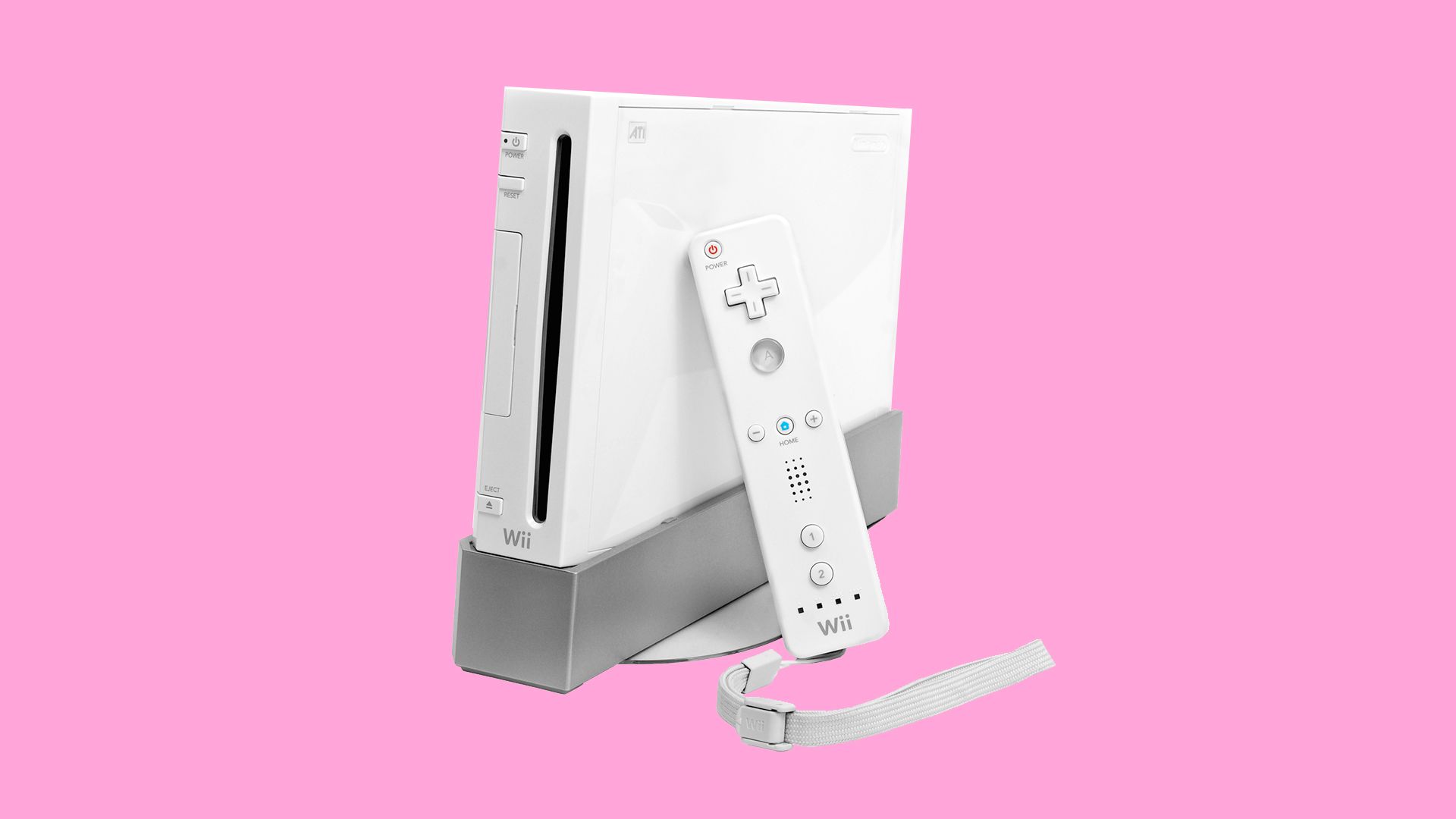 I’m completely serious. The Wii is the greatest console ever made, and that’s entirely because it’s a toy. Games consoles are supposed to be toys, they’re supposed to inspire fun, and the vast majority of consoles here are here because they have great libraries, not because the consoles themselves make the act of play fun. The Wii, however, encourages people of all levels of experience to get into gaming, and that makes it the world’s greatest. I already did a whole feature on this, which should save me writing any more. Hey, if this choice annoys you, just wait until you see what’s next… 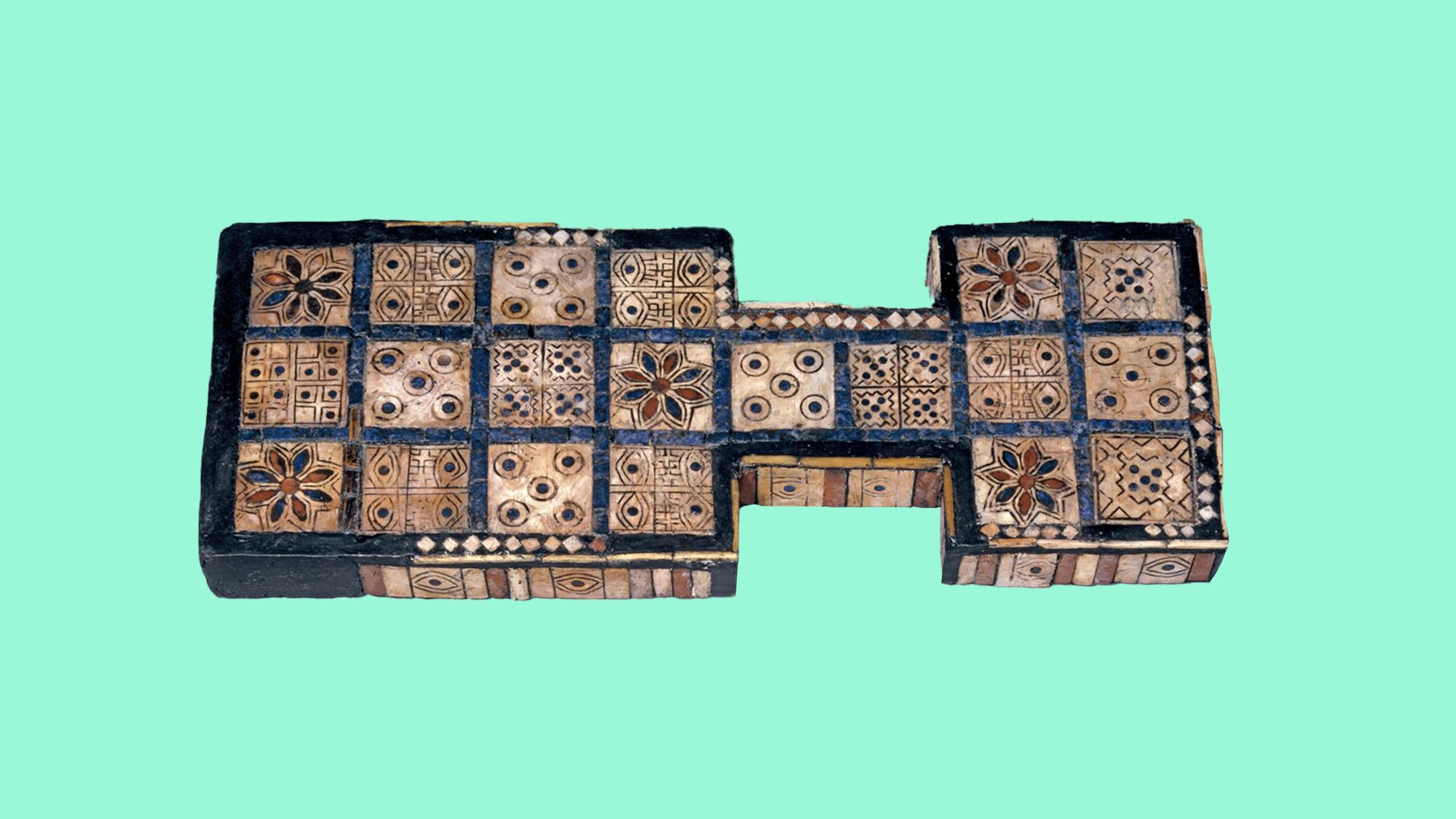 In terms of longevity, the best games console ever made is the… rectangular stone. Yes, you read that right. The best games console ever made is the rectangular stone. I’m referring in particular to the wildly popular board game known as the Royal Game of Ur and its many variations. The game was played in a similar way to Backgammon. We call it this because a really nice example was found along with a variety of other grave goods in a cemetery near the ancient city of Ur, but game boards etched into rectangular stones have been found throughout the Near and Middle East which date all the way back into the Neolithic period. This means that people in the region played the Royal Game of Ur for several thousand years. I doubt that Microsoft, Sony, or Nintendo could ever come up with something so longlasting. 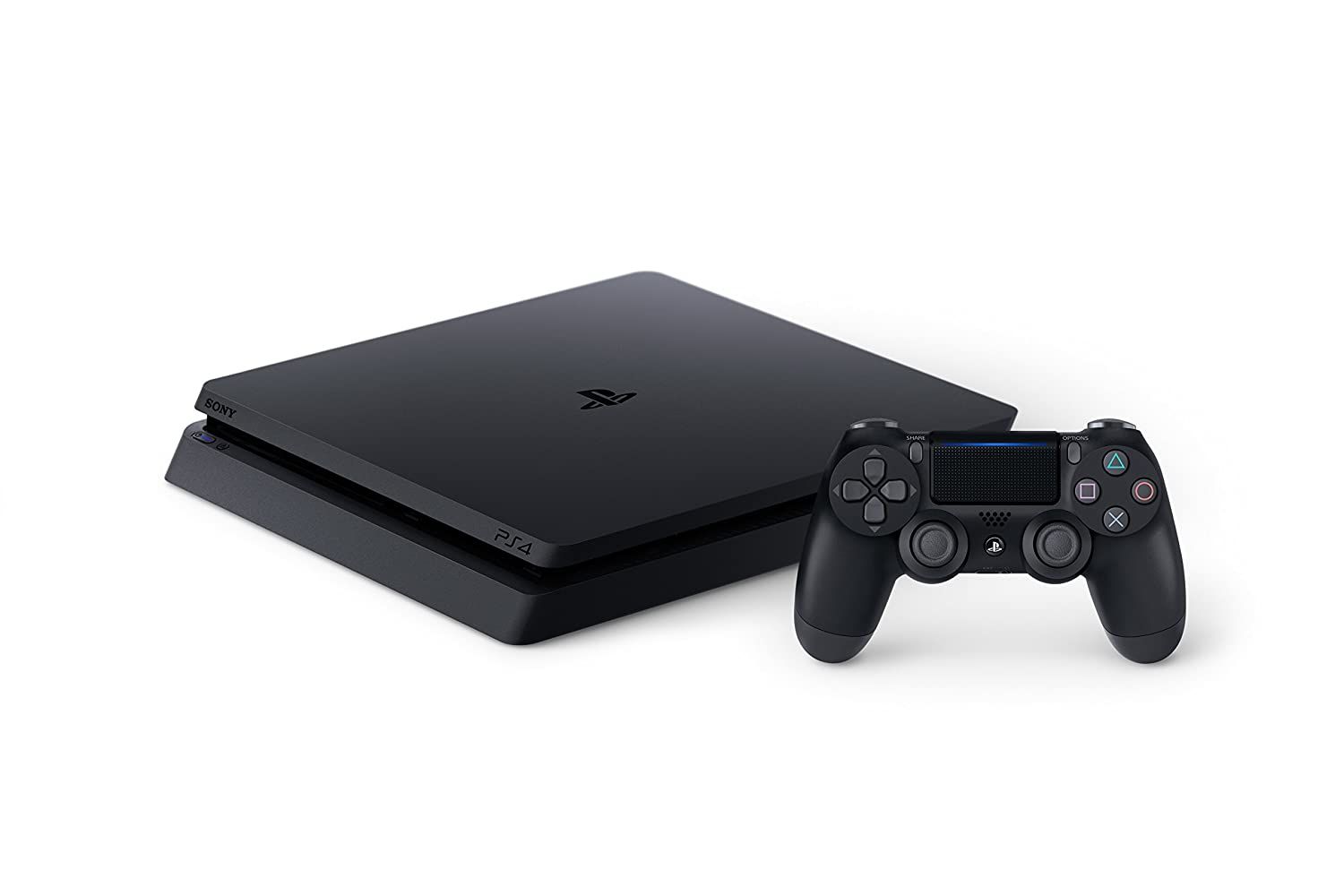 While most people will remember this system to be the place of little and annoying games like The Last of Us, God of War, and Horizon Zero Dawn, this was the first console on which you could play all the Yakuza series. It took time; we had to suffer the release of more than one collection of Kingdom Hearts, a Killzone game that nobody remembers, and a frustrating bird-monster experience with The Last Guardian. But one day, we finally got all eight main Yakuza games on only one platform. There was no other place to experience the brilliant storyline of Goro Majima. Plus, we got Bloodborne, the best video game ever, as a bonus.

(PD: I love all the games mentioned, and the correct answer is PlayStation 2).