Sports games can start to feel pretty samey after playing a few. In fact, as many major franchises release a new title with each passing year, some of them are pretty much exactly the same as the one that came the year before, and the year before that. Nothing new to offer up other than tweaked graphics and an updated roster. The sports genre isn’t one that needs to be as stagnant as it can often appear on the surface, though. White Smoke Games has aimed to prove that via its latest release, Super Chicken Catchers. In a world where soccer, basketball, and football games have been done to death, Super Chicken Catchers offers up a futuristic sport in which players are asked to do something they will have never done before, proving sports games can still be fun and feel fresh in 2020. 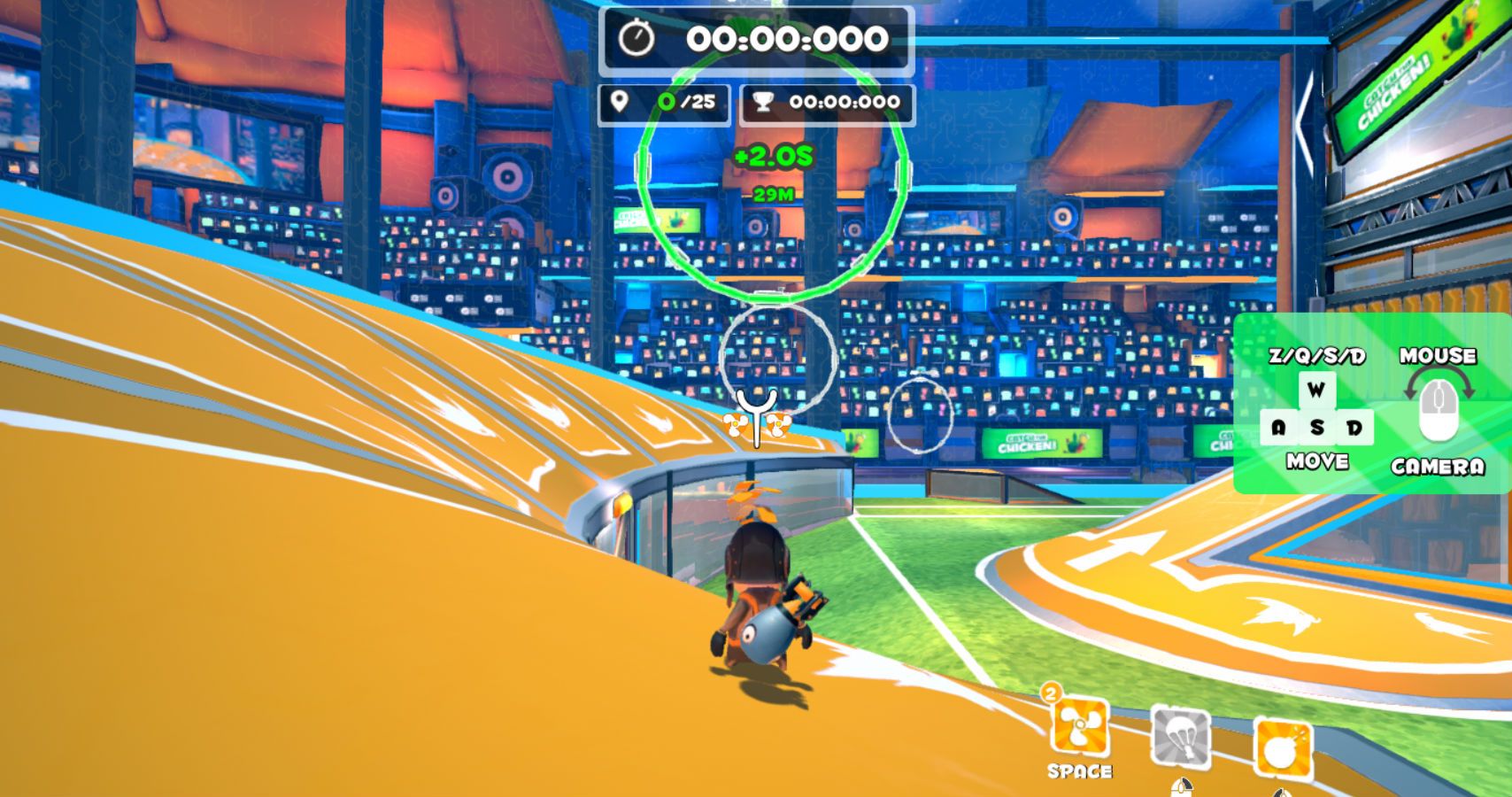 Anyone with experience using a keyboard and mouse to play games shouldn’t have too much of an issue getting used to the controls. That goes for both the alien and the pig, although the pig is slightly easier to get the hang of than its rider. As for the game’s difficulty level as a whole, that depends on the mode being played. The local races get very hard very fast. They become disheartening and even a little deterring for anyone who might be struggling to learn the controls.

Fear not, as once players are done with the races, whether it built up their confidence or not, everyone is in the same boat online. Since Super Chicken Catchers is a brand new sport, there are no greats, no masters, just a bunch of eager newbies learning a brand new sport. That quickly becomes clear once playing online, as the action is chaotic, frantic, but also a little confusing. Chances are first-time players will lose their pig/alien partner numerous times, but finding them before searching for that elusive chicken is half the fun. 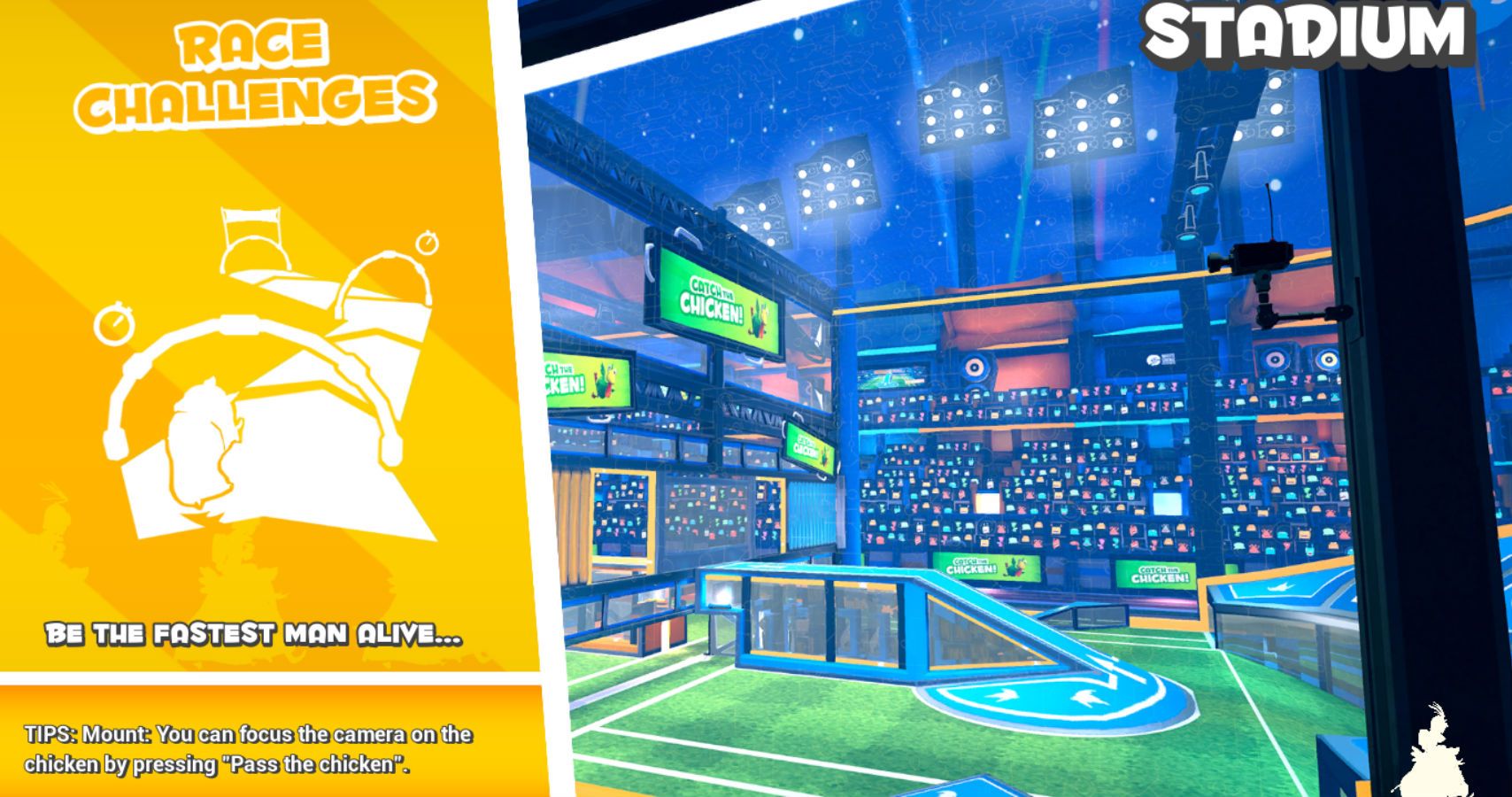 Herein lies Super Chicken Catchers‘ biggest problem. The pro of the game being so new might be that everyone is on an even keel, but the con is that there aren’t many people sharing that keel. Although playing the game online was a lot of manic fun, finding three fellow players to have a match with was somewhat difficult. Most of the time, a “No server found” message would instantly appear. The only way around this was to create matches ourselves and wait, sometimes for as long as 30 minutes.

Don’t Let A Deserted Landscape Drive You Away

White Smoke Games appear to be aware of this, though. As well as joining a server and creating a match, there’s the third option of looking for players. Clicking this will take players to Super Chicken Catchers‘ discord server. Here, there is a chat room dedicated to players looking for others to compete with and against. Not an ideal scenario, but if the game gains enough traction in the coming weeks, a lack of players will be a problem that becomes a thing of the past. 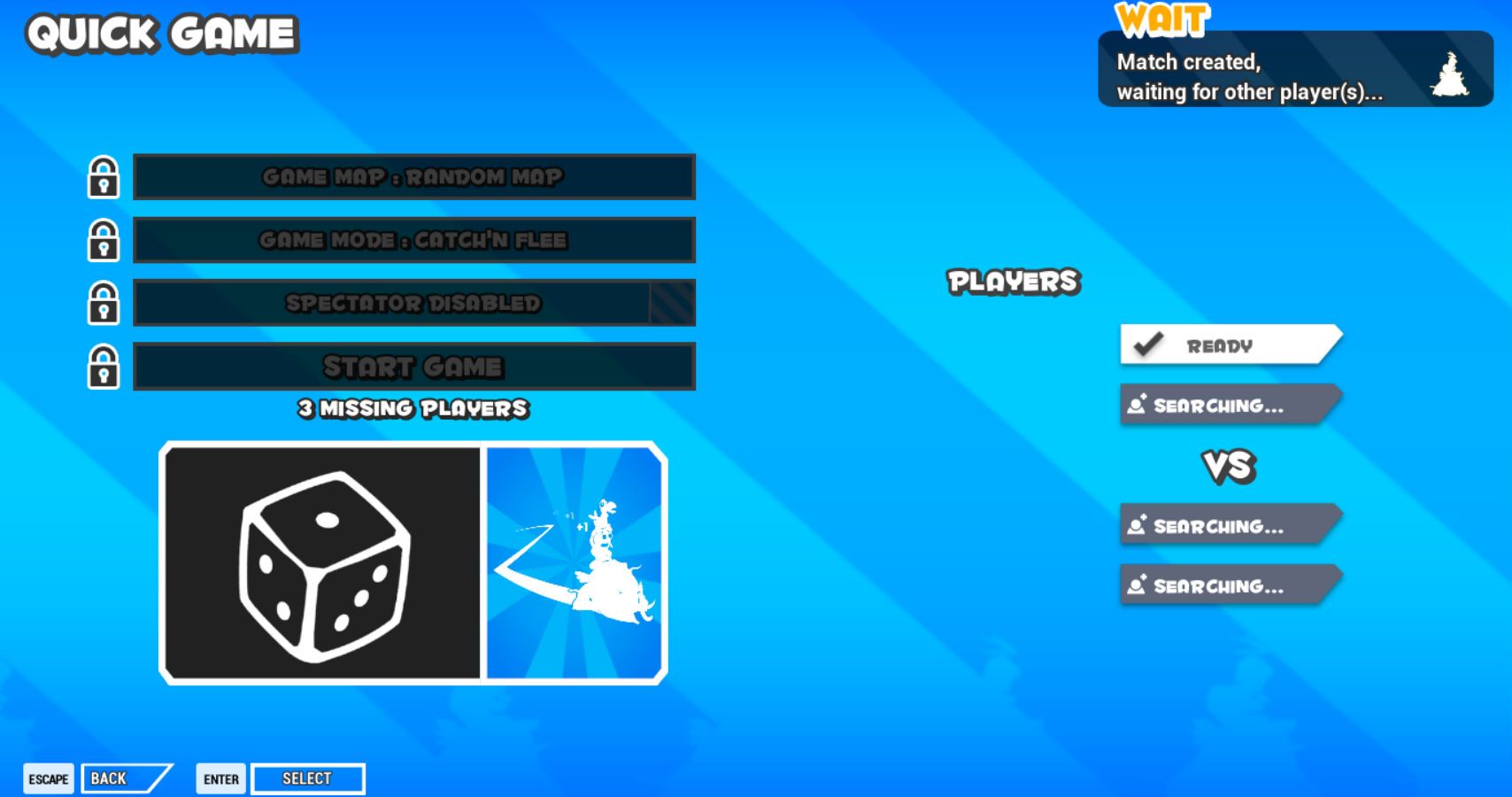 Long waits online shouldn’t spell the end of players’ ability to have fun playing Super Chicken Catchers. As well as the local play races, players with a gamepad handy can play locally with another person. One player controls the alien and the other the pig to take on a tandem of AIs. There’s also the option of playing against two other players locally for those who have the hardware to make that happen.

Super Chicken Catchers is a fun break from the monotony that often is regular sports games. It’s not something many will sit and play for hours, but is a terrific title to play with friends. The lack of players to match with online right now is frustrating, but not a deal-breaker. If enough people give the game a try and have fun doing so, hopefully, that issue will fix itself as time passes.