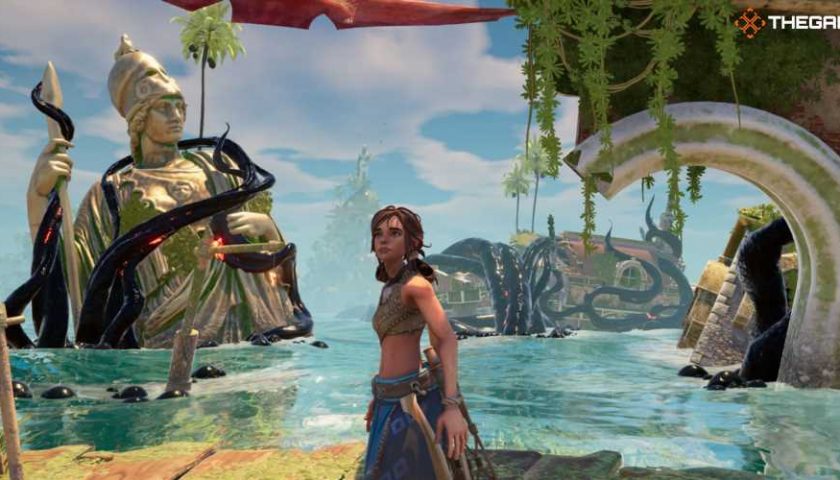 Stepping into an unfamiliar world to explore and figure things out for yourself, free to slowly uncover the story in teasingly small doses with little to no direction is not something many games do these days. I have fond memories of playing Myst and Riven as a kid and having absolutely no clue what I was doing, but indulging in them anyway in the hopes of uncovering their many hidden secrets.

I failed. I didn’t finish either game, but it never bothered me. Enjoyment came from the exploration and mystery, unlike most other games, where you’re expected to follow a set storyline through to a predictable conclusion. It’s been a long time since I’ve played anything like it, and I thought the idea of trying something similar without any prompts or prods would be off-putting. I spend the majority of my time writing guides or playing games with guides in mind, so the idea of playing something where direction is a moot point, well… it’s unfamiliar.

A direct sequel to 2015’s Submerged, Hidden Depths focuses on Miku and Taku, a brother and sister duo all alone in a post-apocalyptic world filled with flooded ancient cities. As Miku, you traverse this strange and haunting collection of half-submerged skyscrapers and old ships while using your mysterious curse to save the world from a strange creeping lifeform that threatens it — the Mass. 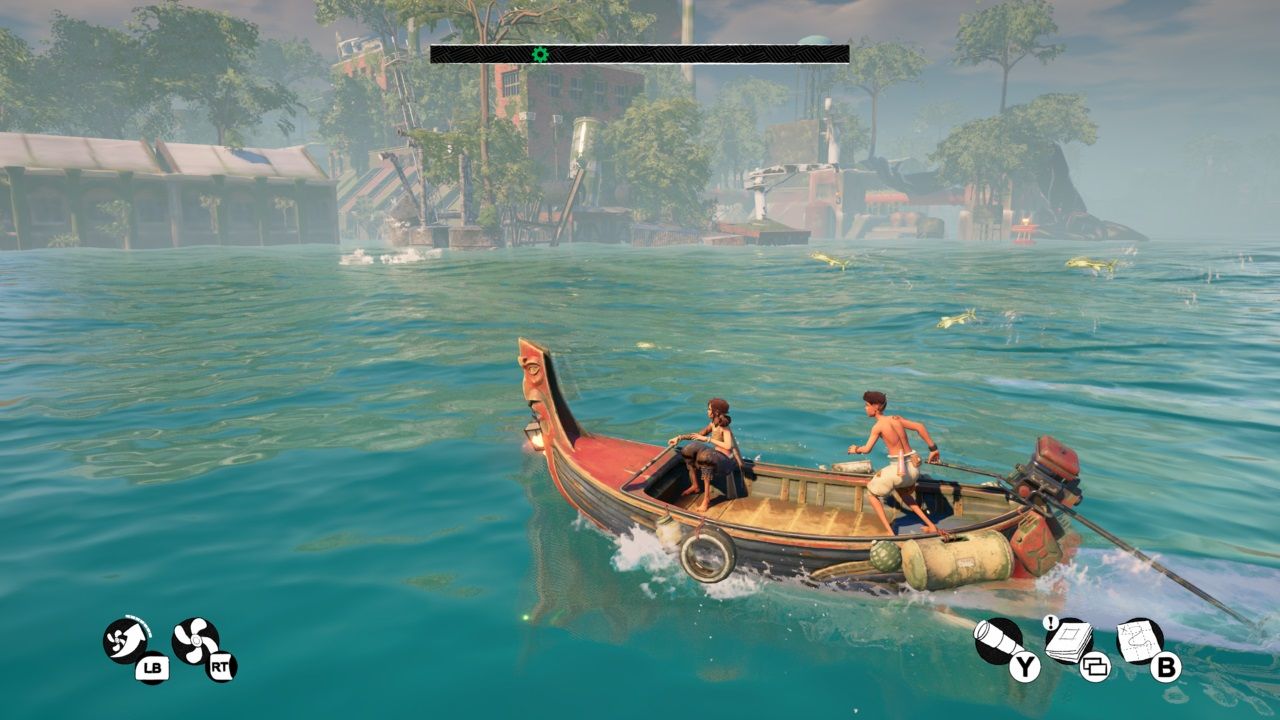 When playing Submerged: Hidden Depths, I couldn’t help but think back to those childhood memories of Riven & Myst. To be clear, Hidden Depths doesn’t let you loose in its world in the same way, as there is some sense of general guidance, such as icons and indicators of nearby points of interest. You can clearly see which parts of the environment you can interact with due to copious amounts of red paint. See that red ledge? You can climb it. The platform has a red edge? You can jump from it. You get the idea.

But the same approach to open exploration is there. Once the game introduces you to the basic concept of its world, you’ll find yourself free to explore as you wish. From the central island that Miku and Taku reside on, you can take your boat and explore whenever your curiosity takes you. I expected to feel lost without any real motivation to do anything, and as the game is entirely non-violent, I wasn’t sure what I would make of it. Yet strangely, Hidden Depths is alluringly relaxing. There’s something enjoyable about just scooting around in your little boat and climbing on all the old ruins you discover.

Despite the world as we know having come to an end, Hidden Depths is undeniably beautiful both visuals and tone. The city might be dead and lost to deep water, but the world is very much alive with magic. Whales and dolphins that appear to be made from plant growth swim in the depths, while strange remnants of the people that came before give you a melancholic snapshot of their final moments. 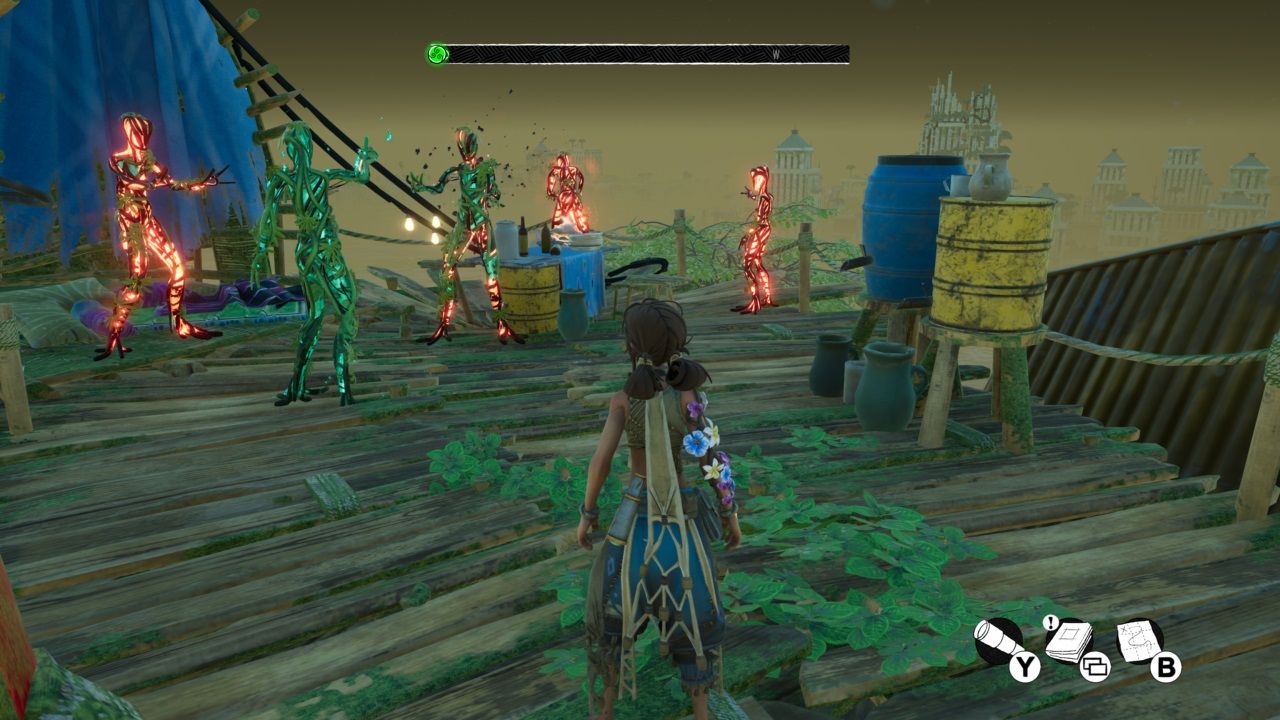 One of the things I loved most about Hidden Depths is that you are rewarded for your exploration in the form of lore. Even if you merely stick to your main goal of planting seeds to eradicate the Mass, you’ll still get some information as to what happened in the world, but it’s only by going off the beaten path and uncovering extra notes with cryptic images that you’ll begin to see the bigger picture.

Even with the handholding of red interactable objects, there are still times you need to use your brain a little. One ruin I landed at, I just couldn’t progress very far. It turned out that I needed to get back in my boat and pull a bridge over to another section before I could continue. I would have liked more puzzle elements, but as the game aims to be relaxing, perhaps it wanted to steer clear of any potential frustrations.

Submerged: Hidden Depths isn’t perfect, there is some definite stuttering in places, especially while boating about, and the handling of the boat itself leaves a lot to be desired. Despite that, and regardless of the lack of challenge, the characters are charming, the world is beautifully bright and colourful, the game reignites your thirst for exploration, and the story is ready and waiting for you to pull on the small thread that will unravel it all. It’s simple, yet satisfying.