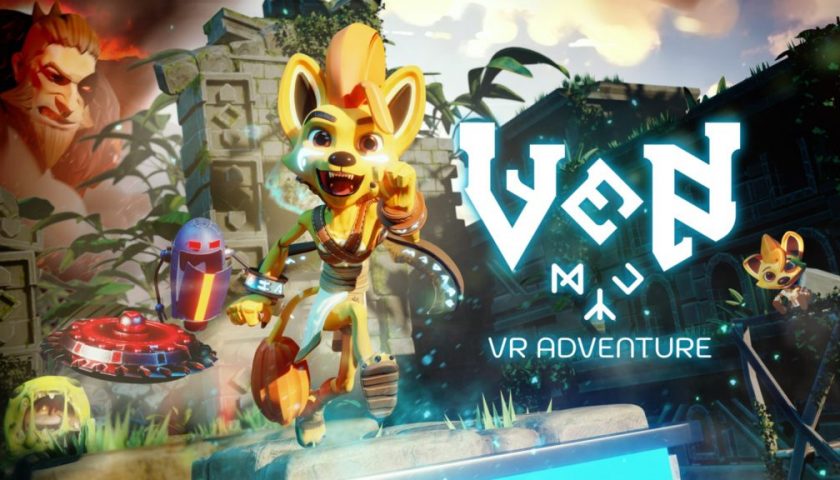 Ven VR Adventure has been available for PC VR headsets for just over seven months and soon it’ll be the turn of Oculus Quest. Developer Monologic Games has confirmed the title is almost ready for release but before that happens the studio will be running a closed beta test which you can be part of.

If you’ve got an Oculus Quest or Oculus Quest 2 then all you need to do is head on over to the Ven VR adventure Discord and fill in your details. The closed beta will begin on 30th July at 6 pm BST/10 am PT, and spaces will be limited, so get in quick. So that should mean the launch isn’t too far away.

A classic single-player platform but designed specifically for virtual reality (VR) headsets, Ven VR Adventure sees you put in charge of Ven who needs to save his world from an enemy intent of destroying it for its magical resources. Carefully navigating Ven through this dangerous world you’ll need to be on the lookout for all of his buddies which are hidden throughout the levels.

And the levels are deadly, instantly killing Ven at the slightest mistake. Runes litter the environments to increase Ven’s life quota if you need them or simply speed run the levels. You’re not just an observer either, as Ven knows you’re there waving occasionally and even requiring your cooperation at points.

Hence why VRFocus enjoyed playing the challenging platformer. Reviewing the PC version of Ven VR Adventure, we said: “There’s a lot to love about Ven VR Adventure, from its gorgeous environments to its unrelenting desire to challenge your gameplay skills and patience.”

Monologic Games isn’t just working on the Oculus Quest port. The team also plans on bringing Ven VR Adventure to PlayStation VR as well as a non-VR edition later in the year. As further details for the Oculus Quest version are released, VRFocus will keep you updated.