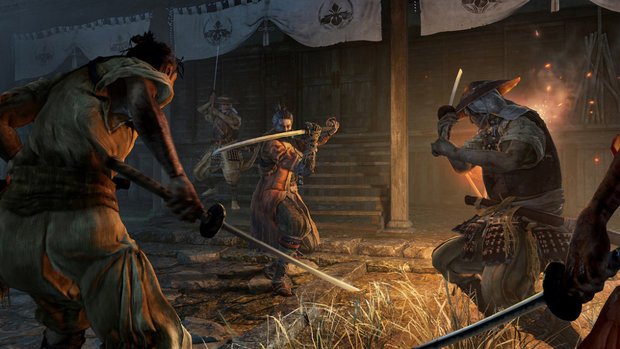 Just like your enemies, you too have a posture bar which you must keep a close eye on. Back off to recover your own stamina and you might lose the progress you gained against the enemy’s stance. Stay too close when a foe has the upper hand and your attempts to defend yourself will leave you open to attacks.

It’s a hard formula to get to grips with and perfect as a player, but once conquered it transforms Sekiro’s combat into a fluid exchange of sword blows, making you feel like you’re taking part in a high-end cinematic samurai blockbuster.

Once you’ve mastered the basics of the Katana, other combat options will open up, allowing a variety of attacking techniques to be utilised.

Sekiro’s prosthetic arm can be altered using upgrades which provide ranged and close-combat techniques for you to employ mid-battle. 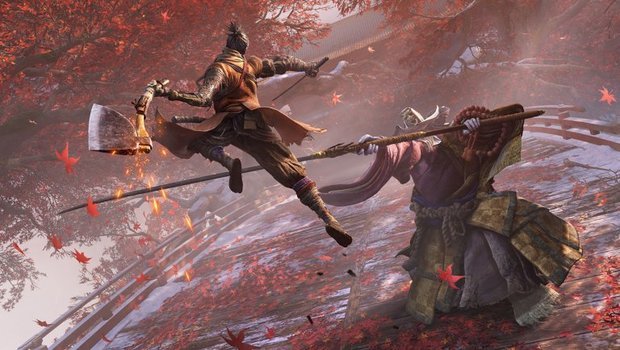 It’s not just your weapons which can be upgraded but your physical move set too.

Throughout the game you’ll be collecting experience points from every enemy you slay; these points slowly add up until you have enough to trade for combat art skills. Skills like Whirlwind Slash, a quick spin combined with a backslash designed to deal fast damage in a circle around you before an enemy has the chance to react.

FromSoftware’s last game, Bloodborne, was centred around the dark, gothic city of Yharnam. But with Sekiro the developers have shown that they know how to make these deadly worlds colourful, bright and beautiful.

Sekiro is a sizable game with varied environments: large grassy plains lead to looming castles, which in turn guard thick forests. Fast travel to each location is unlocked via interacting with the many idol sculptors which are scattered across the land. Touching these idols opens up a wider menu in which the player can travel to other idols, rest and recover health (but also revive all enemies in the area) and upgrade both skills and vitality. 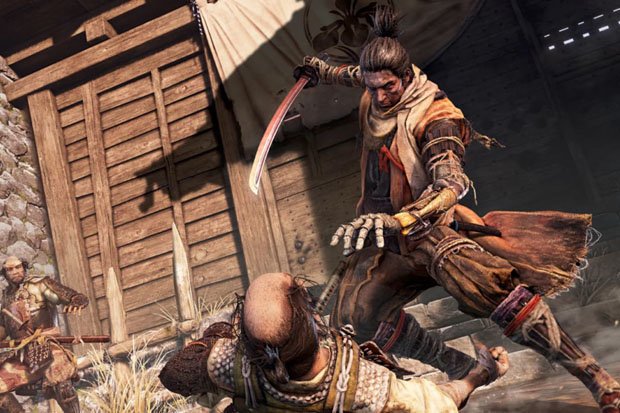 FromSoftware hasn’t strayed from their infamous difficulty levels. Sekiro: Shadows Die Twice is just as, if not more difficult than, the Dark Souls and Bloodborne games. Without the use of a shield, you’ll be forced to time each attack perfectly so you can transition between attacking with your katana and defending yourself. Get it wrong and you’ll often be killed in one enemy strike. 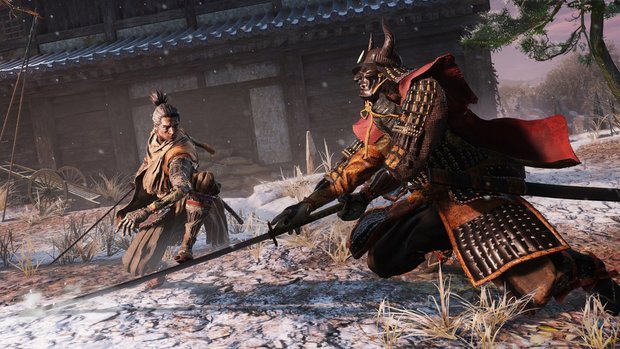 However, as the old saying goes, when you live by the sword, you die by the sword, and players need to be aware that this is a game that will see you die many, many times.