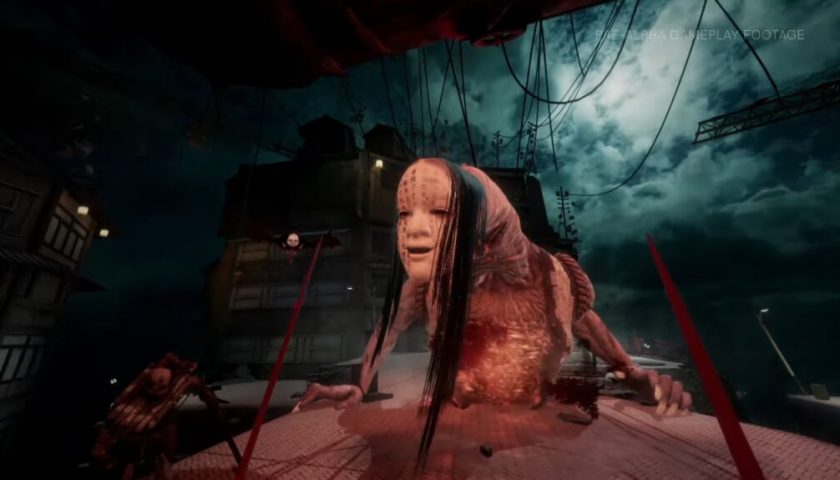 In June Sairento VR developer Mixed Realms showcased some very brief, teasing footage of its next project, a gory-looking action title called Hellsweeper. This week the studio has released further details on the videogame as well as releasing a much longer trailer.

Described by Mixed Realms as a roguelike combat simulator, the team revealed on Reddit that Hellsweeper will see: “You play as an undead immortal who’s on a mission to take out the scumbags of Hell.” And you’re going to have plenty of abilities to help accomplish that mission, from melee weapons and guns to magical powers where you’ll be able to pick hellish foes up and rip them apart.

Hellsweeper will borrow elements from Sairento keeping its locomotion mechanics and semi-realistic physics. The new project is going to focus on the action rather than constructing an elaborate campaign with a rich narrative. Mixed Realms is very honest about this, remarking: “We don’t think storytelling is our strength (yet!), so instead of trying to develop a subpar campaign, we decided to deploy our limited resources to making the game shine in terms of the gameplay and mechanics. Having said that, we would still offer a background story to give context to the universe of Hellsweeper.”

It might be light on narrative but you’ll probably not notice going toe to toe with giant hellish demons. Being a roguelike videogame Hellsweeper is all about perfecting those runthroughs, dying, then coming back for another round, with every run being different.

Development is still in the early stages with the new video showcasing pre-alpha assets. The launch is well over a year away with the current expectation Hellsweeper will hit Oculus and Steam in Q3 2022. Before then, Mixed Realms has confirmed that it’ll roll out a free pre-alpha demo for the community to try, in either August or September.

VRFocus will continue its coverage of Hellsweeper, reporting back as more details are released.