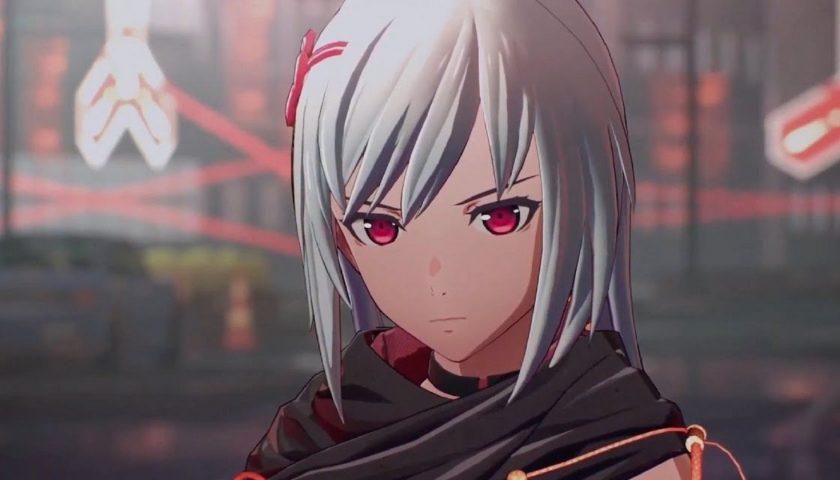 When you boot up Scarlet Nexus, you’re given the choice between whether you want to play as Yuito Sumeragi or Kasane Randall, which on the face of it, is just a choice between playing as a male or a female character. Plenty of games use a similar technique, where in place of a character creator you choose from two set avatars to give you control over which gender you play as. Often, whichever one you don’t choose are dusted out of existence, a sliding doors character whose very being is wiped out by the butterfly effect of you wanting to play as a cute anime girl.

In Scarlet Nexus, it’s not so simple. Both Yuito and Kasane have a part to play in the story, so what you’re choosing is whose side you see and who takes the lead. The choice also shapes what the game is about, at least on a thematic level. Choose Yuito, and it’s about two buds saving the world and the awesome power of friendship. Choose Kasane, and it’s about sisterhood. Choose a fucking big television. Choose life.

Of course, regardless of who you pick, the game is the same on the most basic levels. You are still a new recruit, fast tracked for the big time after getting caught up in a battle with the Others as the game opens. Side note – no one is allowed to be the Others ever again. But with the game leaning so heavily on visual novel stylings to tell its story, the characters take on an increased importance. The story hasn’t particularly gripped me so far, but I admire Scarlet Nexus’ determination to slow down and tell it, rather than rushing through and letting gameplay paper over the cracks. 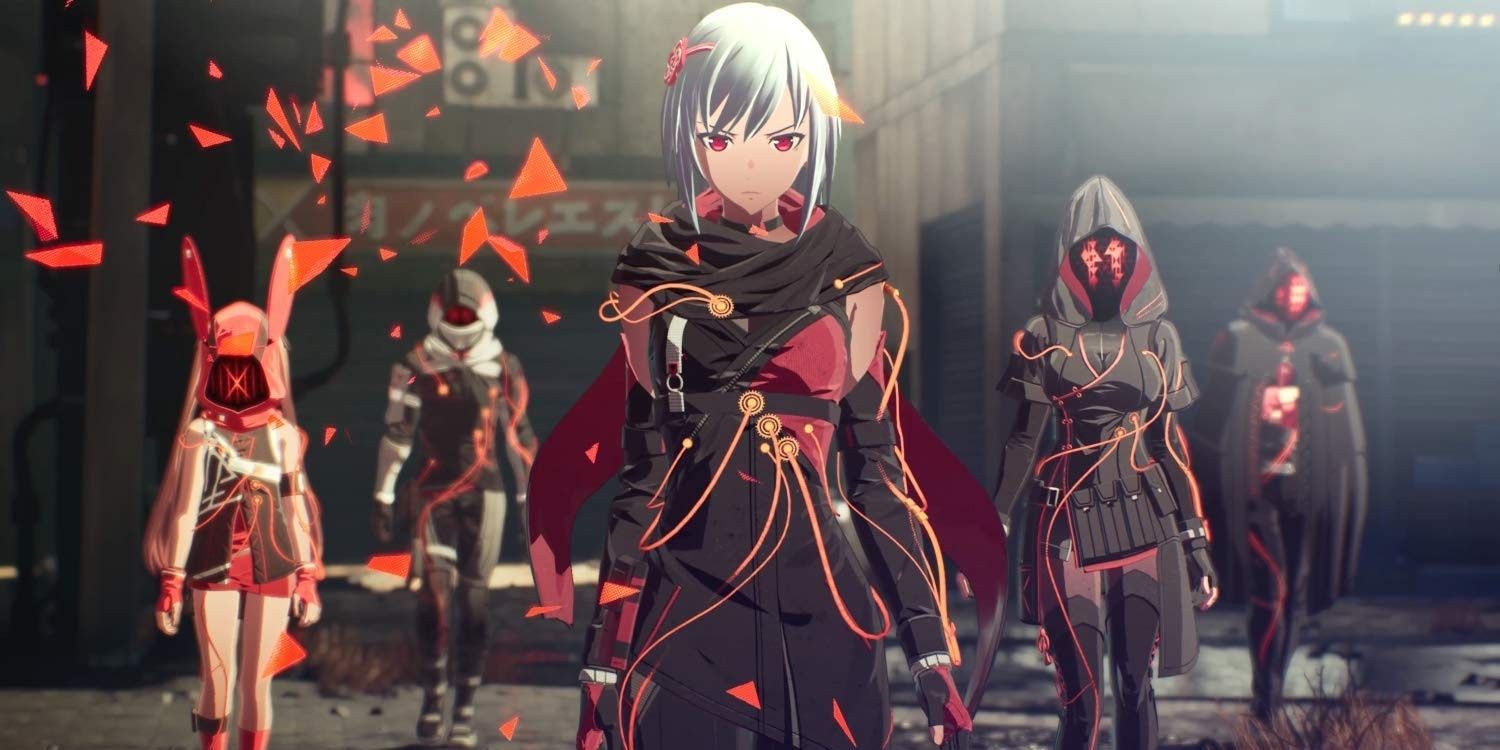 I went for Kasane, and I’ve been pleasantly surprised at how well Scarlet Nexus has balanced its tale of two sisters. Kasane is the younger sister of Naomi Randall, but since the characters are ageless children (don’t ask), you wouldn’t know the eldest from looking at them, and there’s a healthy dynamic between the two. Kasane is more fiercely protective, both in battle and when it comes to cute boys who catch Naomi’s eye. Meanwhile Naomi is more attuned to the idea that they are sisters and should function as a unit, making matching headbands for the pair of them and putting her connection to Kasane above everything else, even as the stoic Kasane sometimes takes her sister for granted while she focuses on the task at hand.

I won’t get too into what happens to the pair in terms of major story beats or spoilers, but this connection – far more nuanced than the typical older/younger sibling dynamic we often see in media – is a core part of why playing as Kasane feels like the right choice. I’m yet to play or watch a Yuito run of the game, and there might be an equally interesting examination of friendship on his side, but even then, two bros chillin’ in a video game five feet apart ‘cause they’re not gay has been done before, many times. There are loads of games about friendship and buds, but not very many that take a look at sisters. For that reason, Kasane will always feel like the game’s true lead to me.

Next: Scarlet Nexus Is Good But You Should Play Genshin Impact Instead 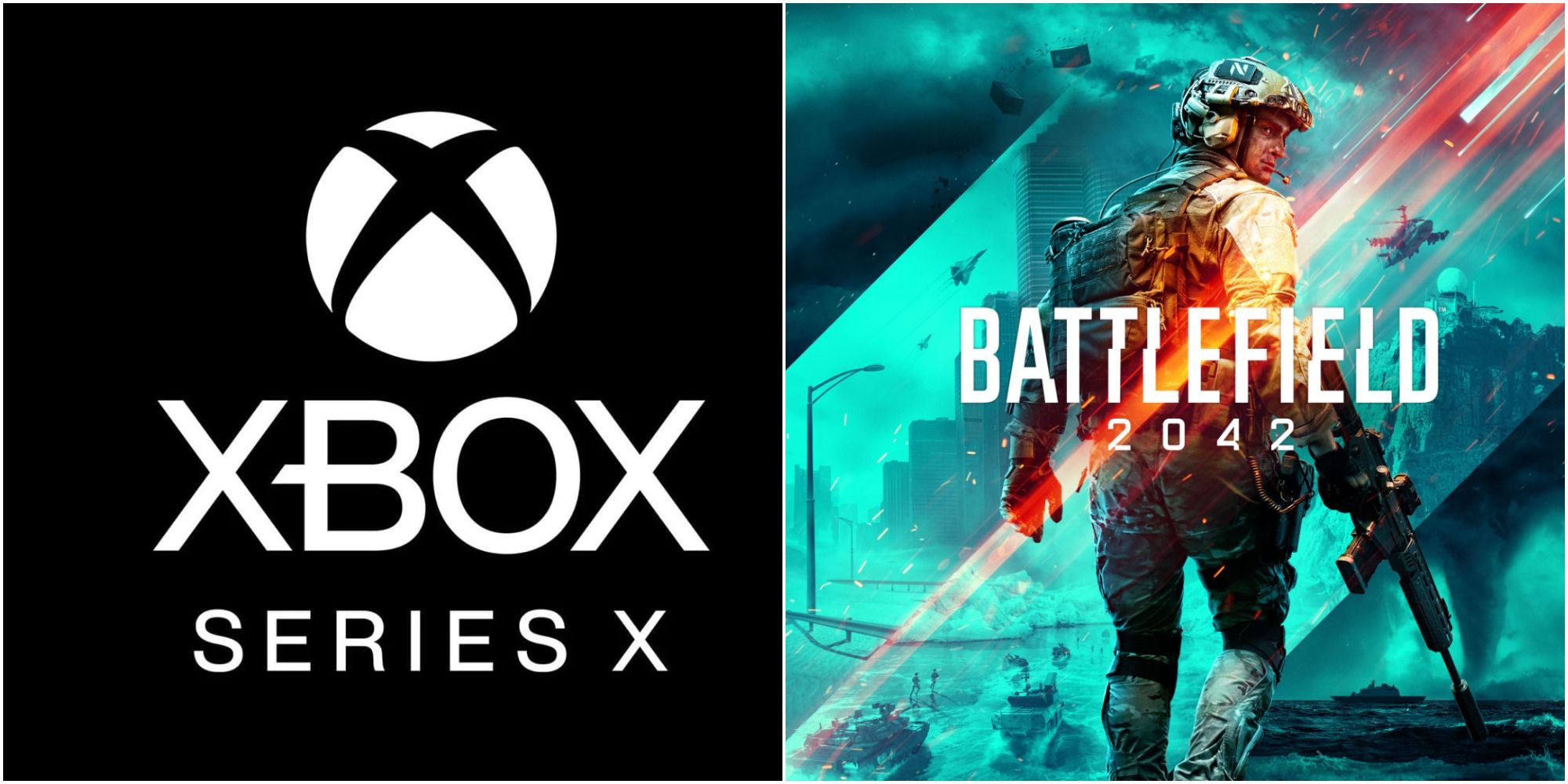 EA and DICE are partnering with Xbox to ensure Battlefield 2042 is the best entry in the series.