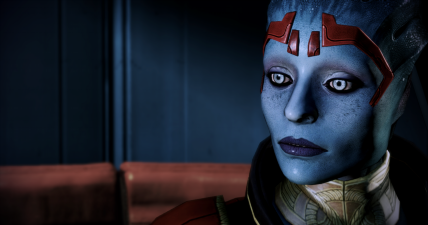 The Mass Effect squadmates can be arranged in a variety of ways. Which ones are biotic? Which ones are trained soldiers? Which ones could rip me apart in a single instant? Interestingly enough, ‘Miranda’ would be a suitable answer to all three. She’d also be a suitable answer to probably the most important question – which ones are romanceable? A lot of players in Mass Effect – and its cousin, Dragon Age – define each playthrough by this specific choice. This is my Liara Paragon playthrough, my Thane Renegade. This is my Josiemancer Inquisitor, my Bullmancer, my Cassimancer.

Other characters might be important to you, they might even be your favourite – there are no bad Mass Effect squadmates, after all. But your romance option is definitive. What a lot of people don’t realise, however, is that just like Miranda, Samara is an acceptable answer for all four questions too, because Samara actually is romanceable. It’s not a traditional romance, and it doesn’t work in the same way as the rest, but for that reason, it might be my favourite.

Mass Effect’s romances feel complex and realistic, but that is almost entirely down to the fantastic writing involved in them. The actual mechanics are fairly simple – you go and speak to the character you want to romance, be nice to them, possibly do a mission for them, then lock in. There is some nuance to it; you can sleep with Jack almost instantly, but if you do, she’ll never trust you enough to actually commit to a relationship and will detest you for taking advantage of her. That’s more layered than a lot of video game romances get, but for the most part, you talk to the squadmate you like enough times, then they sleep with you. There are specifications around gender and sexuality, but Shepard pretty much gets their pick. 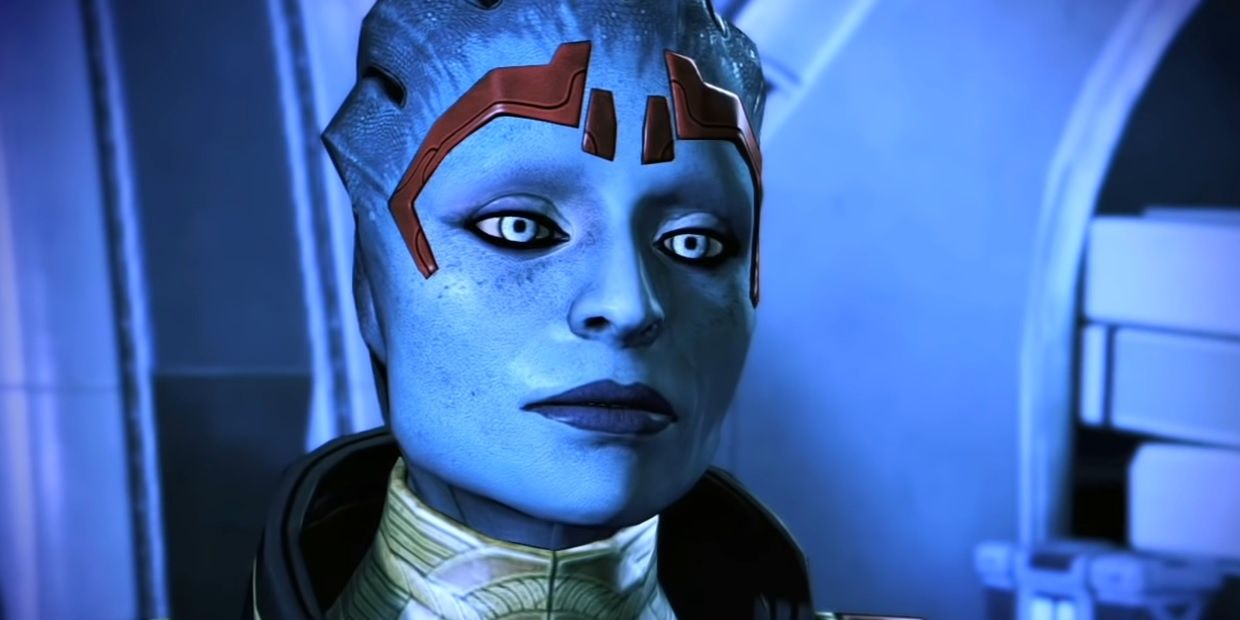 Not with Samara though. If you attempt to romance Samara using this method, she will rebuff you. Many players have speculated that her Justicar code forbids her from having an intimate relationship, but our interview with her writer confirmed that isn’t true – she just doesn’t want to date right now. And honestly, fair. She’s 1,000 years old, she’s been through more trauma than most people could withstand, and her daughter is a serial killer – a Tinder profile probably isn’t a huge priority for her at the moment.

Samara rejects you, and while other, non-romanceable characters can also reject you – FemShep will have no luck with Jack, even though she was originally written as pansexual – this is different. Samara’s rejection is not so much robotic “bleep bloop I am not a romanceable companion, error, error!” as it is a genuine “I’m not looking for that right now.”

Regardless, most players understandably interpret it as the former, and shift their attentions elsewhere. However, if you decide to give Samara space to come around in her own time, you get a unique scene during the Citadel DLC. There, Samara will talk more openly than she ever has – more openly than she ever will, if you have another romance locked in – about how conflicted she feels. When she rejects Shepard the first time, she tells them “in another time, in another life” – she knows there’s a connection there, but everything is too complicated. But what’s a little complication when the universe is ending? This has all the same equations going on beneath the surface, with it still locked behind a series of choices Shepard either makes or does not make, but it feels more organic. 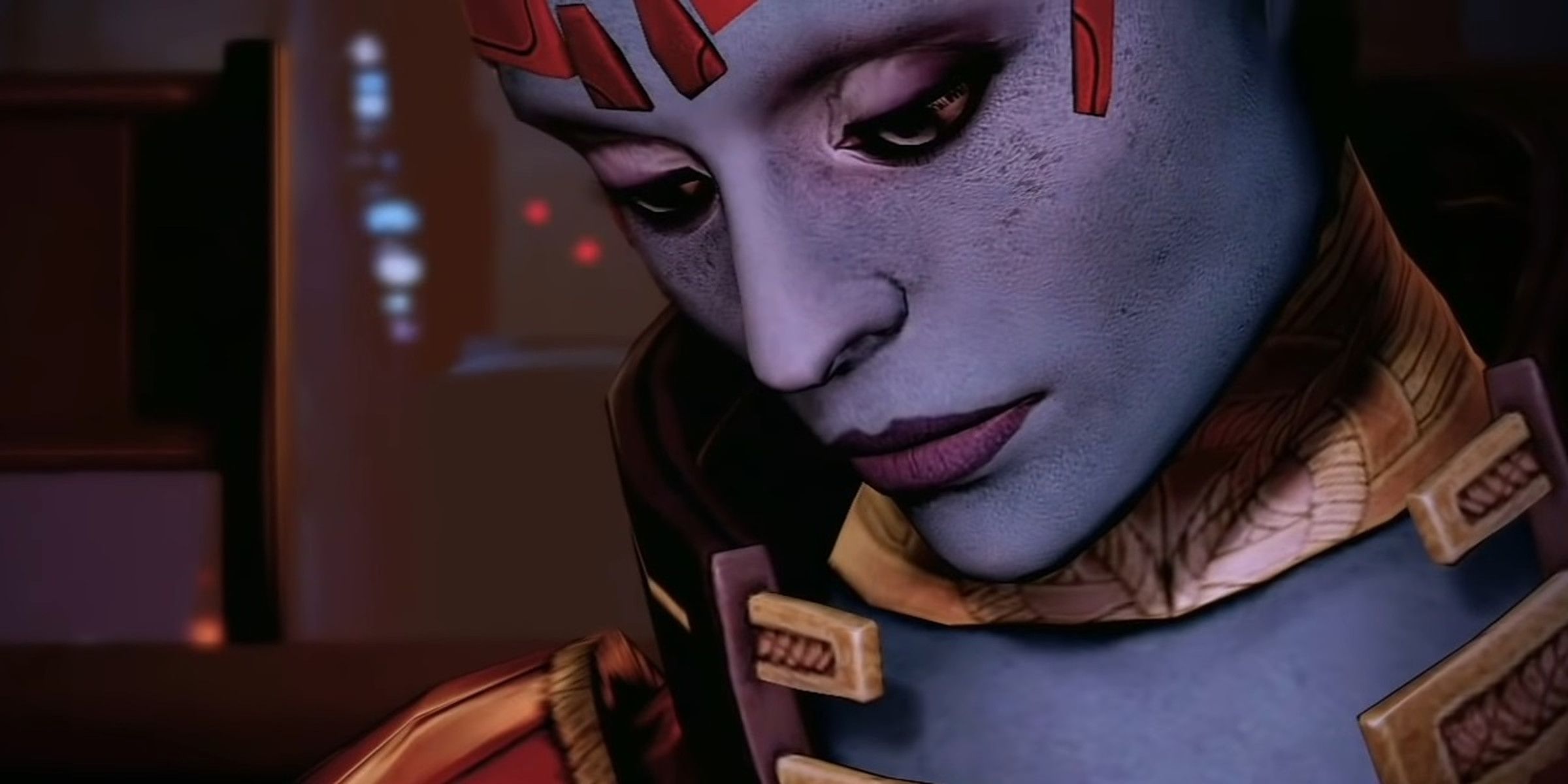 You don’t get the long romance you get with some of the other characters, you don’t get the quote-unquote reward of a sex scene, and the game asks you for a lot of commitment for a limited payoff. But then isn’t that a more realistic version of what love is? Especially for characters like Samara and Shepard, isn’t this more true to their characters? In human terms, Samara is basically an AD at the FBI – her life isn’t going to be hugs and kisses and “anything for you, honey.” The universe is ending, and she has a lot of other shit to deal with. But if you’re willing to meet her halfway, you’ll get one kiss at the end of the world. It’s less than you get with the rest of them, but if you want a woman like Samara, it’s enough. It has to be. It’s Mass Effect’s most understated romance, and that’s why it’s one of the very best.