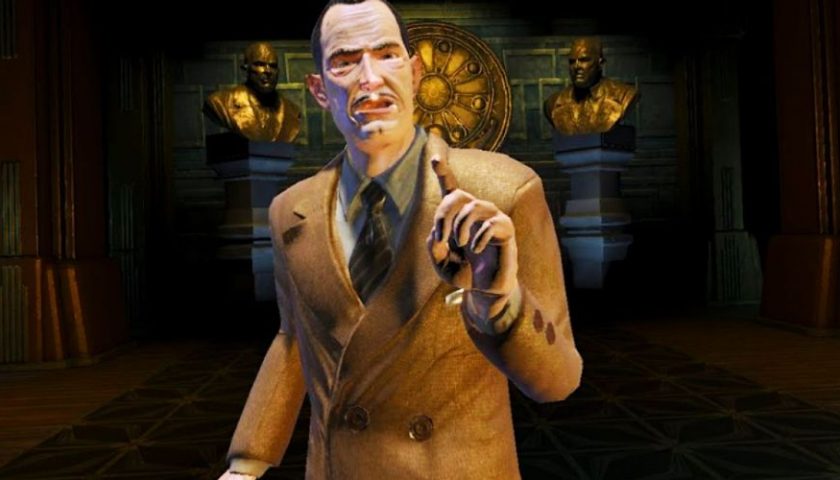 When it was released in 2007, the original BioShock garnered huge critical acclaim for wrapping its otherwise run-of-the-mill shooter within an elaborate science fiction tale, while smartly weaving the zeitgeist of first-person shooters during that era: linearity. It was a monumental twist few could see coming: as you approach the antagonist and founder of the underwater city of Rapture, Andrew Ryan, he reveals that you’ve been well, a mind-controlled thrall to the game’s true villain, Frank Fontaine, all along—a slave to the post-hypnotic suggestion embedded in your head. All it takes to trigger this were the words “would you kindly”, and you can’t help but carry out the orders of whoever utters the damnable phrase. It is then that the game wrestles control away from you, as Ryan gives you an order you can’t reject: to kill him.

And then you bludgeoned him to death with a golf putter—the game’s first act of violence that wasn’t committed by the player’s hands, but by that of the game itself.

Back then, this turn of events was deemed as a true display of narrative ingenuity. Weaved into the twist were layers of foreshadowing that the player, presumably, was unable to see coming. Your friend Atlas—the first, friendly voice you’ve heard since arriving at the homicidal city of Rapture—has been subtly manipulating you all along, under the guise of a helpful voice that, in most games, would usually serve as a brief introduction and tutorial to the game, while providing the player with a general sense of direction that they can follow. What makes this reveal so astounding is the dissonance that arose from it; more than just a narrative twist, this moment is a rebuke of and betrayal of the implicit relationship the player would have with most games.

Then there’s the linearity of the game itself; the truth is that even if you’ve tried to do something different—walk a different path, refuse Atlas’ help, or reject the enactment of violence you see everywhere—you simply couldn’t. Every other door and route are locked, obstructed by rubble, or made inaccessible in other ways. You never actually had any choice in the first place. You weren’t supposed to have any form of agency at all. But rather than pointing this out as a limitation of the medium in hindsight, this mechanical constraint only serves to slather more layers of meaning to the moment. It’s evident how keenly BioShock understood and wields its linearity, that it was able to land a gut-deep punch that still resounds with players 15 years later. 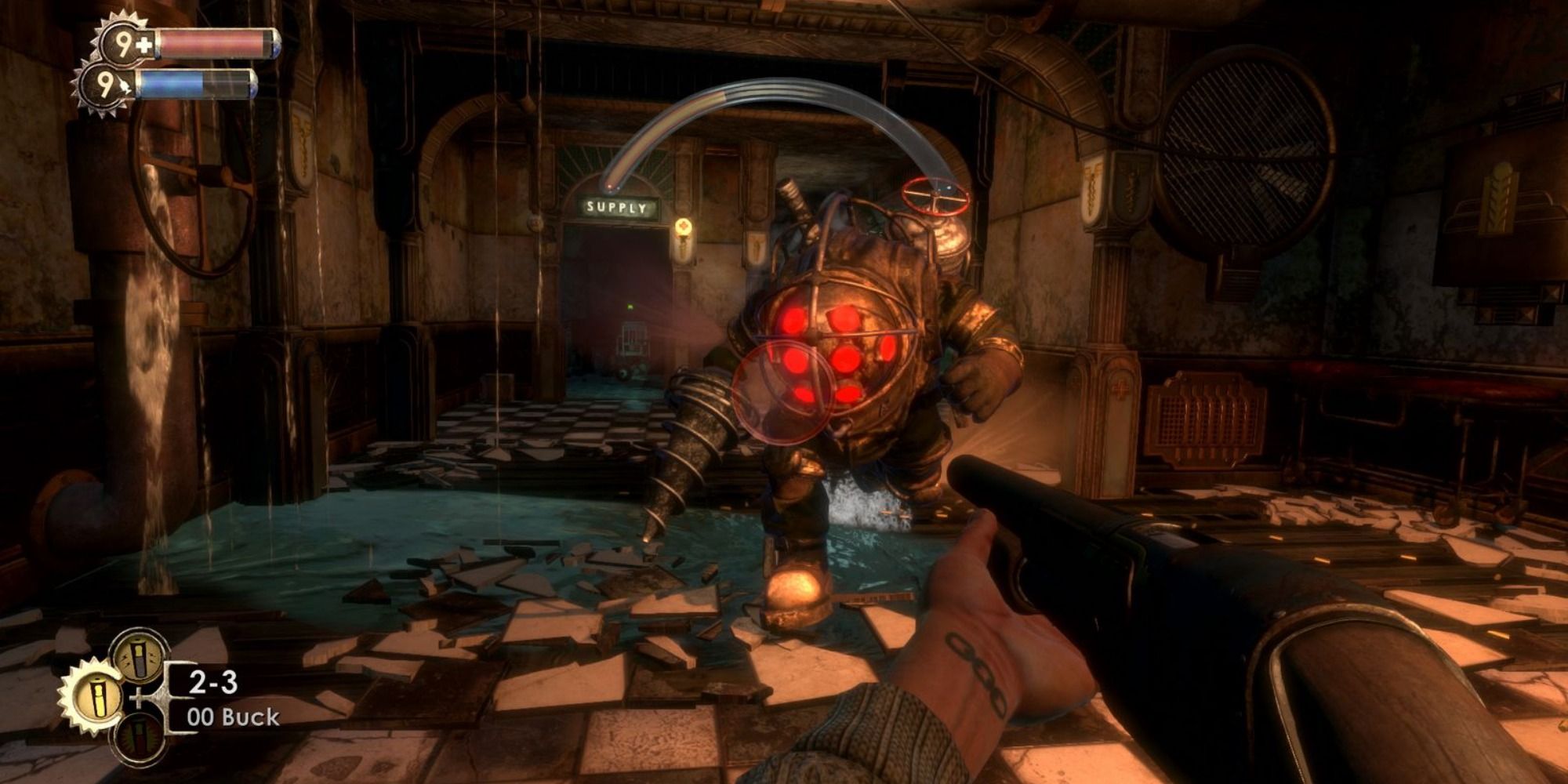 Yet this narrative sleight of hand by Irrational Games would have been difficult to replicate in a different game today, a sort of a one-trick pony that experienced players will be able to sniff out from miles away. That’s not to say that other developers haven’t attempted something like this before; The Stanley Parable, for instance, feels like one game that yearns to be disobeyed, as it subtly eggs the player on to break free from the invisible rules that typically govern a video game: press a button, go down that path, listen to the omnipresent narrator in your head. Of course, this subversion works for The Stanley Parable; plus, the game is an entirely different beast from BioShock altogether. But it’s also the dexterous, unexpected manner that BioShock pulls the “would you kindly” reveal off that cements it as one of gaming’s most iconic moments.

The downside, however, is that the rest of BioShock buckles under the weight and astuteness of this exact moment. Your mind-control is said to be later broken by Dr. Tenenbaum, thus technically granting you the free will to do anything you wanted. No longer are you constrained by the closed passageways, the debris, and the four walls of this city—you could probably take the bathysphere towards the surface, Rapture be damned. But you simply couldn’t; the game wouldn’t let you. Instead, you would then go on to hunt down more splicers and foes, eventually mowing a bloody path towards Fontaine to take him down in an exaggerated boss fight—one that sees the villain pumping his body full of ADAM, as he swells into a gigantic, purple behemoth. 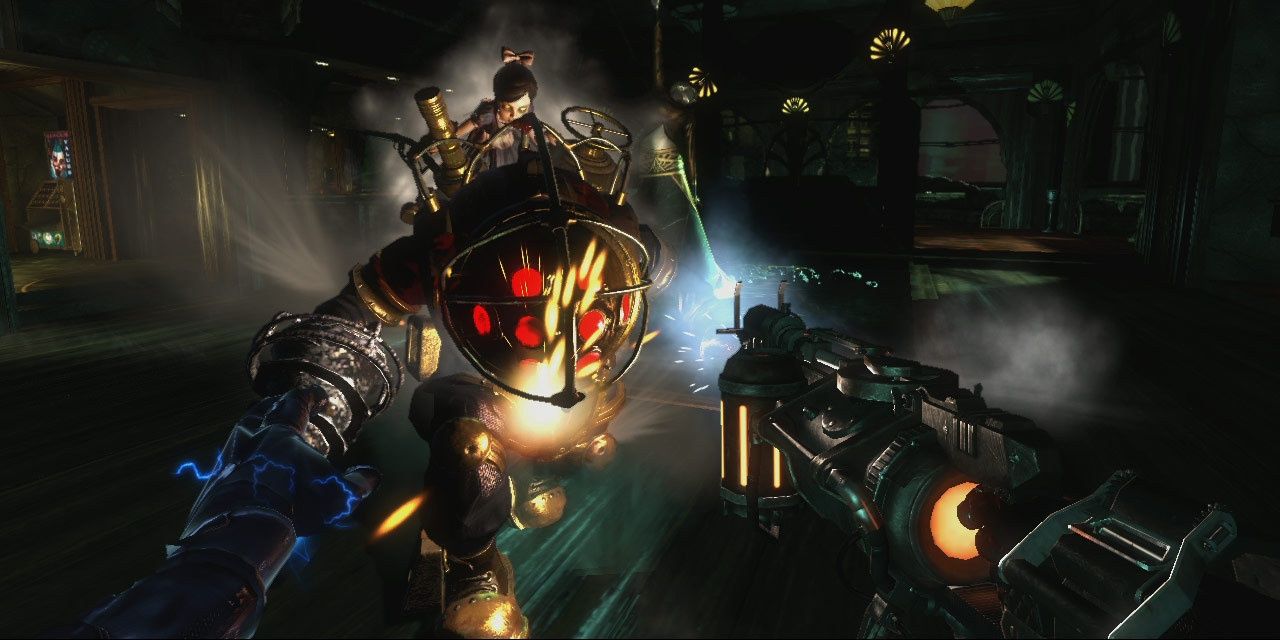 Everything leading up to the “would you kindly” twist may be an incredibly clever ruse, perhaps even serving as a rare meta-commentary about the medium itself, but BioShock’s disappointing finale only proves that it’s unfortunately ensnared within the confines of linearity. But despite this hiccup, it’s hard to deny that BioShock still persists as one of the gaming greats—a title that would probably stand the test of time for, say, at least another 15 years. Few other scenes in its sequels—or any other games, really—are as poignant as that particular juncture in the original.