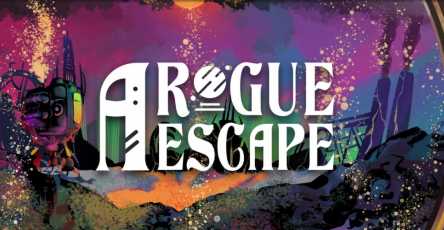 Escape room games shouldn’t be easy, by their very nature they need to be taxing or else you’re just an idiot stuck in a room.  So it’s always satisfying when a videogame-like A Rogue Escape comes along, offering barely any information other than you’re some giant mech which you need to somehow pilot and obviously use to escape. With that in mind be prepared for an equal measure of head-scratching whilst flicking switches and levers galore to get this hulking monstrosity moving.

A Rogue Escape is based on a previous title, developer Spare Parts Oasis’ Nauticrawl. Known for being rather difficult, the same ethos remains whilst being completely remade for virtual reality (VR) gaming. So there’s lots of physical interaction with the vehicle and very little in the way of hints to help you along, half the experience is simply figuring things out.

You find yourself in this giant Nauticrawl because you’ve managed to escape your captors but there’s one slight problem, you’ve never been in one and a manual isn’t exactly laying around. Apart from a rather vague tablet outlining the initial basics, A Rogue Escape presents a rather dizzying array of interactive elements which are perfectly suited to VR, it’s always great fun to flick and turn dials aplenty. All in a rather suitable steampunk design. The only weird inclusion is the fact that buttons don’t require a physical push which you’d expect. Instead, your translucent hand points its index finger and you then have to click the trigger, making for a rather unsatisfactory interaction.

Even though you’re inside a giant walking mech which you have to pilot around, A Rogue Escape is still very much an escape room experience, completing challenges in a certain order to unlock the next puzzle. It’s very slow to start as you learn the main controls and the order certain sequences need to be activated. So if you’re not into slow and methodical gameplay then you might not enjoy this. What becomes clear is that A Rogue Escape requires plenty of multitasking, managing a selection of tasks as various buzzers warn you of incoming hostiles, an overheating engine or a dead battery.

While you do have to deal with enemies per se, A Rogue Escape isn’t action-oriented in the slightest, so all those controls can feel a little clunky if you’re used to more arcade-style control schemes. And you don’t have any real strategy options or variance when dealing with those outside forces, as the couple of areas you can explore are very limited in scope.

The real joy with A Rogue Escape’s gameplay is that it becomes immensely gratifying when everything does start coming together, like being a kid put inside a giant steam train for the first time. Suddenly all those annoying beeps and flashing lights make sense so you can instantly react and go on your merry way. You just need the patience to get there. The lack of info before then does mean if you get stuck the bubble you’re in starts to look rather drab after a while.

When it comes to comfort you shouldn’t have much issue with A Rogue Escape as there’s no locomotion apart from a lift with which you can adjust your height. This sounds ideal for playing either seated or standing, however, A Rogue Escape really doesn’t work sat down. Most of the control systems are too far away, requiring getting out of the seat to reach, completely negating the feature in the first place. Even though it doesn’t look it, the enclosed Nauticrawl interior is rather large and even a 2mx2m roomscale area will see the boundary pop up occasionally on the Oculus Quest 2. And don’t look for options because there aren’t any.

On first inspection, A Rogue Escape didn’t seem like it was going to do anything too different yet it showcases how a traditional escape room videogame can be recreated and enhanced by VR. Playing around with all the systems is a lot of fun with a run through taking around 2-3 hours. The real shame is the replay factor, there is none. Once you’ve figured out what does what that initial spark is lost, and there’s nothing else to explore. But the same can be said for most games of this ilk. Even so, A Rogue Escape had its moments of greatness.