I was never a massive horror game fan, but my first time playing Resident Evil 7 changed all of that. Not only is it my favourite game in the series, but it’s my favourite game in the genre. There’s a multitude of good reasons for that, but there’s one that has stuck with me ever since I booted the game up, and that’s its fantastic introductory hour. Make no mistake, Resident Evil 7’s first hour is one of its best.

As much as I love everything that happens post-Mia being knocked out, it’s the opening scenes that really stuck with me after playing, and even a few years later. It’s arguably my most played bit of the game as well, as I’ve gone back to it more times than I can count in an attempt to sucker mates into getting scared. I’ve seen it many a time, with many a reaction, but I’ve never got tired of seeing it and I think there’s more to that than just being a scary sequence. 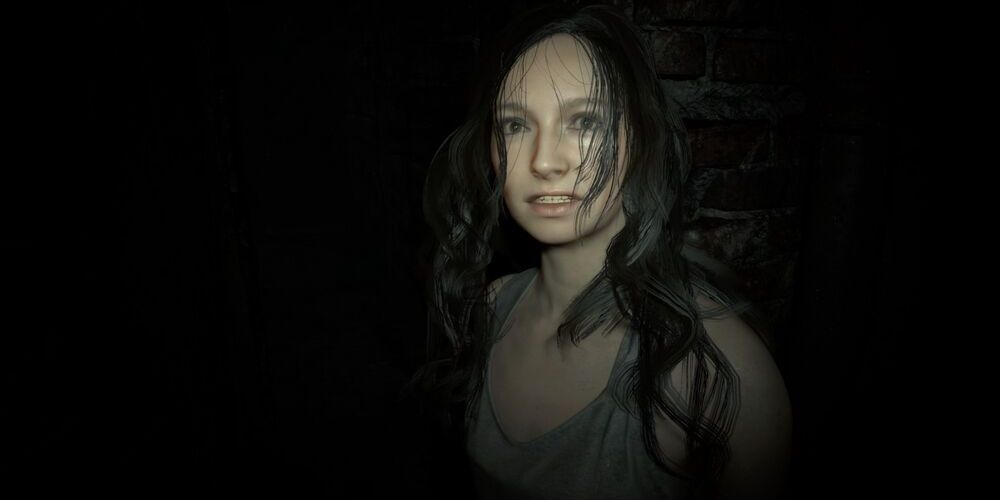 After a fairly cryptic message from his supposedly dead wife Mia, our faceless protagonist Ethan Winters drives towards a mansion in the bayou to follow a message left by her. It’s a simple set-up that gives the player enough to go on and enough motivation to see what’s coming next.

The first thing the player has to do is walk alongside the outskirts of the Baker Mansion as they follow a trail of vaguely cult-like imagery, and it’s great for showing off the game’s graphics and giving them some breathing room. What’s great about this section is the implication of horror, rather than outwardly showing it. You’ll see Jack Baker walking around a corner, jump at ravens flying into the sky, and find a suspicious pile of burning clothes, but nothing explicitly comes out to get you this early on. Boy how that changes later.

This rising tension carries on as you actually enter the house and start looking for Mia. The scenes as you walk through the kitchen and find the hidden entrance are a little slower than the rest, but it works really well for showcasing the game’s visuals and letting the player freak themselves out. It’s very reminiscent of exploring the Police Station for the first time, with dread around the corner but still not quite there.

Once Ethan’s found Mia in the basement, the game slows down again to give some story details, but soon after it does another fantastic job at building tension. Hearing Mia smash through a wall as you try and find a way out is great, and I’ve always loved how the game makes you climb up the stairs and look around before having to slowly go back down and confront her. It’s great at defying your expectations, and the player is rewarded with their first proper jump scare of the game.

I’m a bit of a sucker for jump scares in horror games (both in the sense that they always get me, and that I love seeing them), and they’re arguably most present in this introduction. Mia running into the player after you’ve taken her down the first time is fantastically done and not obvious at all, whilst the corpse bubbling up in the basement water never fails to make me jump. Your mileage may vary, but as someone who loves spectacle, they ended up being incredibly memorable to me, and I still love seeing people’s reactions to them for the first time. They’re not as smart as the one with Jack opening the door later in the game, but they do a great job of showing how scary Resident Evil 7 is going to be. 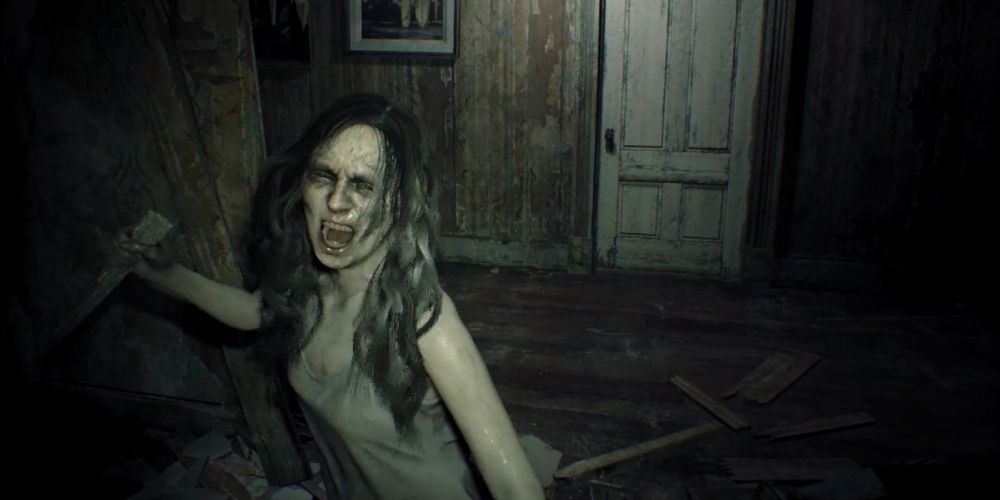 Running into Mia again triggers another incredibly memorable scene where Mia pins Ethan’s hand against the stairs and chainsaws his arm clean off. It’s surprisingly brutal if you don’t know that it’s coming, but it also makes the scene where Ethan arms up (pardon the pun) feel pretty badass as the player.

After the infamous chainsaw scene, Resident Evil 7 smartly introduces a combat section with the game’s first boss – Mia. She’s surprisingly difficult, and still very scary to come up against even if you’ve now fought her twice, but it’s really clever at teaching the player what’s to come in a dynamic way.

Once you’ve defeated Mia, you get one more jump-scare as Jack knocks you out and sets the rest of the game in motion. The next hour or two contains more fantastic tension-building before the action side of things rears its head, but it’s really this first showing that makes many players stick with Resident Evil 7. The absolute rollercoaster of emotions as you find your wife, get your hand chopped off, and eventually kill your wife shows that Resident Evil 7 isn’t messing around, and is a truly incredible opening that never gets old.