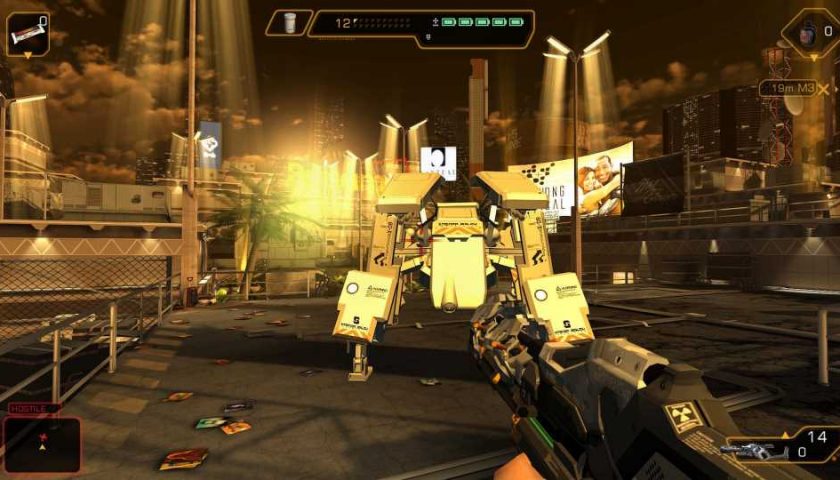 In 2013, when Square Enix still gave half a shit about Deus Ex, it released a spin-off for iPad called The Fall. It wasn't great, but it did a decent enough job of translating the Human Revolution experience to mobile devices, which back then were a lot less powerful than they are today. Playing 'proper' games on a phone or tablet was still a novelty in the early 2010s. But then someone at Square Enix—probably an out-of-touch executive with dollar signs flashing wildly in their eyes—decided it would be a good idea to port it to PC.

It wasn't. The Fall is one of the worst ports in PC gaming history, and that's saying something on a platform that is notorious for shoddy, half-arsed ports of console games. Very little effort was made to enhance the game for PC, and its mobile roots were glaringly obvious—from the low-poly models and small levels, to the blurry textures and on-screen prompts lifted directly from the iPad version, despite showing touchscreen gestures. Yeah, really. It was stunningly bad, and I can't believe Square Enix tried to get away with it.

In The Fall you play as Ben Saxon, a former member of the Tyrants—a paramilitary group Human Revolution fans will recognise as the bosses Adam Jensen fought in that game. Set in 2027, the plot runs parallel to Human Revolution and sees Saxon travelling to Panama City to uncover a shady conspiracy involving a pharmaceutical company illegally testing drugs on citizens. However, besides some additional background on the Tyrants, the story doesn't connect to the mainline games in any meaningful way. 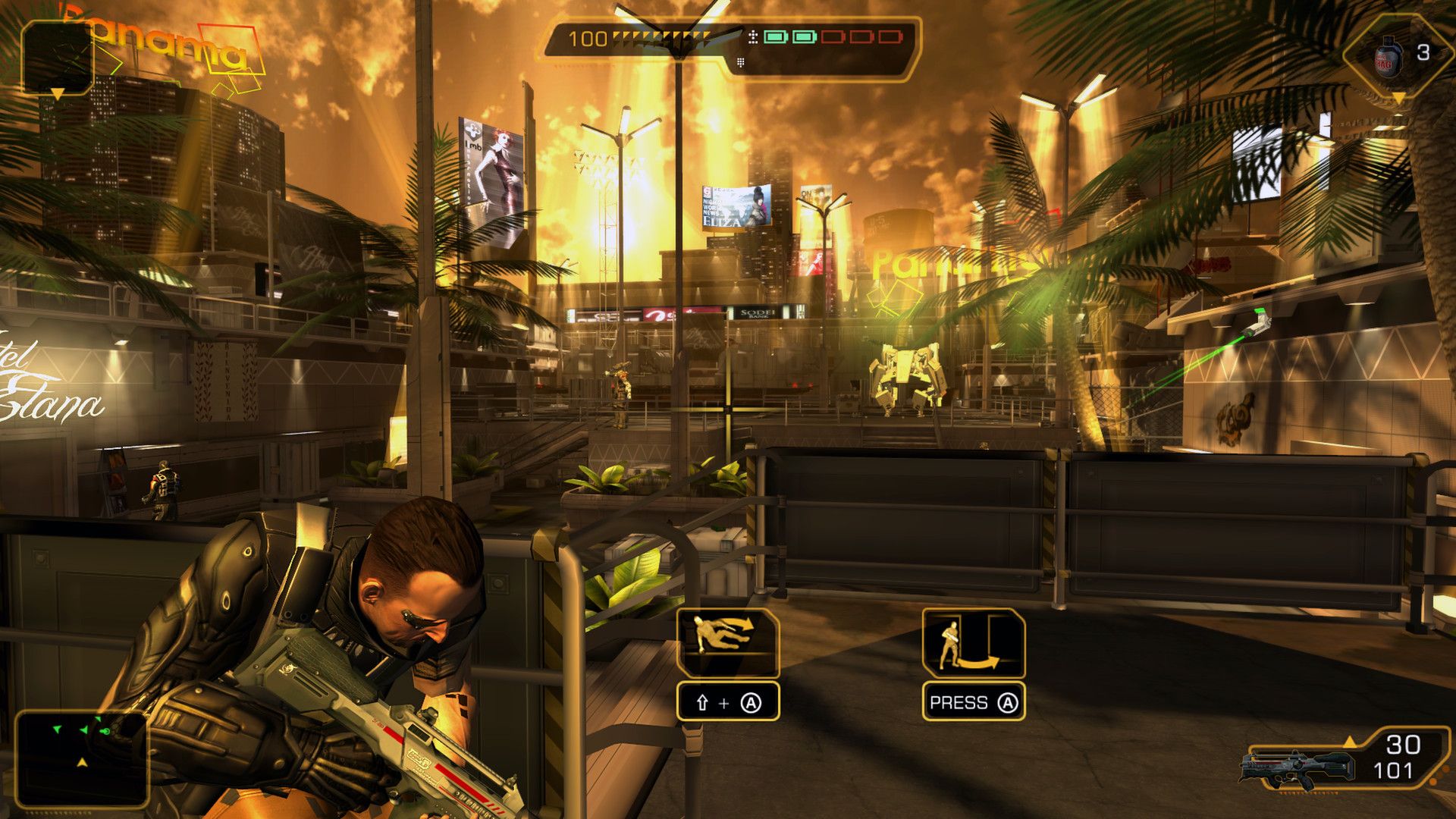 Panama City is this game's equivalent of Detroit or Hengsha—a city hub littered with talkative NPCs, optional areas, side quests, hidden secrets, and other between-mission distractions. Problem is, it feels tiny. This was semi-acceptable on iPad, but on a gaming PC it's laughable how narrow and lifeless the streets are. It feels less like a city of 1.5 million people, and more like a sparsely populated suburb. This alone should have been reason enough not to transplant this mobile game onto PCs, but that's just the tip of the iceberg.

It might be vaguely reminiscent of Human Revolution at first, but minutes in you realise that this is a shallow facsimile, heavily hamstrung to function on an iPad. The AI is hilariously bad, patrolling in slow, predictable patterns, standing motionless in firefights, and generally displaying a total lack of awareness of its surroundings or the player's actions. When you were wrestling with the sluggish touchscreen controls on mobile, this was quite helpful. But playing with a mouse and keyboard on PC, it's an actual joke how easy the game is.

When you kill someone, the body just vanishes. You don't have to worry about moving them out of sight of enemies and security cameras. I get why they'd do this on mobile, having limited memory to work with, but on PC? Baffling. All these combined with robotic animations, flimsy gun combat, floaty movement, and a general lack of polish makes The Fall wholly unsatisfying to play on a PC. I reviewed it for another outlet at the time and gave it 40/100, which looking back was incredibly generous. It simply isn't worth playing. 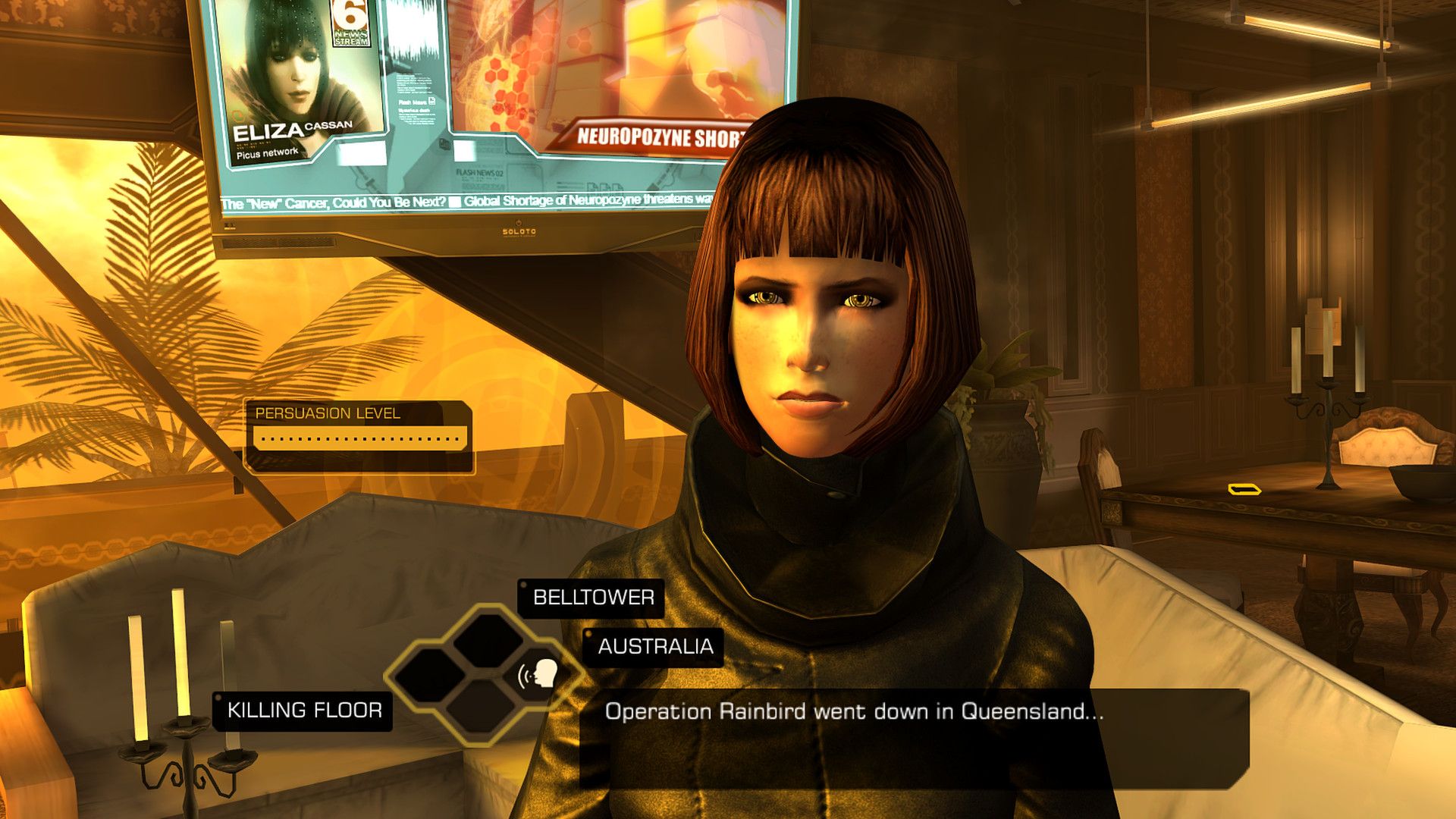 Amazingly, it gets worse. The iPad version had a microtransactions store where you could spend real-world money on weapons and upgrades. So they removed that from the PC version, right? Wrong. The ability to spend actual money was removed, but you can still call up a magical storefront at any time and buy stuff from it. I'd never call a developer lazy, because the fact any game gets made is a miracle, but this almost makes me reconsider that stance. Making matters worse, the UI is horribly laggy and unresponsive to boot. It's just hellish.

Deus Ex had its beginnings on PC and is considered by many to be a defining series for the platform—which makes The Fall's abysmal Windows port especially insulting. I feel bad for anyone who saw this on Steam, looked at the screenshots and thought, hey, this looks kinda like Human Revolution. It does at a glance, but it's ultimately a hollow imitation. Even if you see The Fall being sold for $3 in a sale, which it frequently is, avoid it at all costs. It's a masterclass in how not to port a game from another platform to PC.