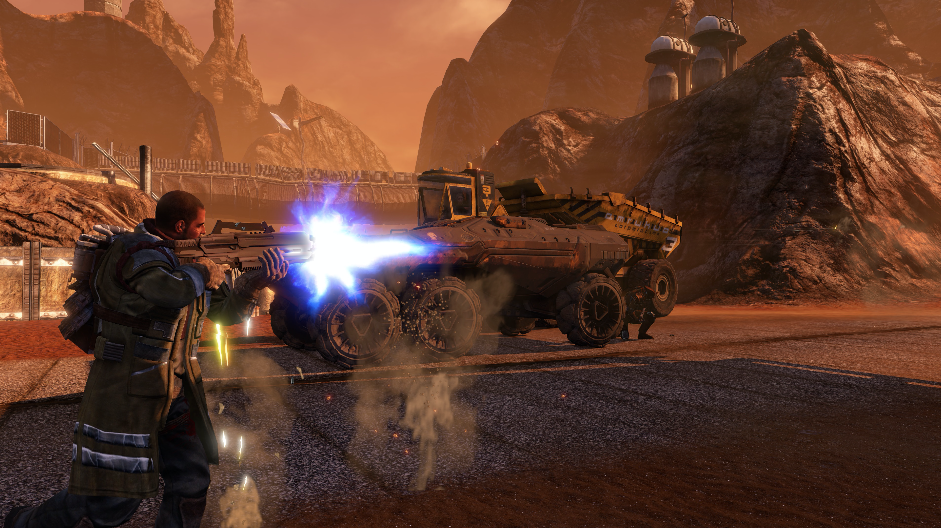 You can use your collected scrap throughout the game to upgrade your weapons, so if you want to reign down more fire from your Rocket Launcher, it can be done.

The later weapons and the jet-pack are when the gameplay really ramps up, and I found the beginning of single-player to be slow-going because of this, but once you stick through it, the rewards are worth the patience.

Single-player is fun enough and it has a lot of missions to keep you coming back, but a few feel like they’re retreading old ground, and when you fail a mission, you’re brought back to the point in the Hub where you have to accept the mission, in turn having a loading screen and trekking back to the mission-objective, which can be very frustrating at times.

Admittedly ‘Online Mode’ wasn’t switched on at the time of this review, but from checking the mode’s menus, all of the six modes from before are here, and are ready to go.

But though single-player isn’t much to shout about, the ‘Wrecking Crew’ mode is where the game really shines, and it’s why I still regard ‘Guerrilla’ as a very fun entry, and perfect for the Switch.

Essentially it’s a ‘rampage mode’ with scores, similar to Grand Theft Auto, where you have to knock down the buildings as fast as possible. 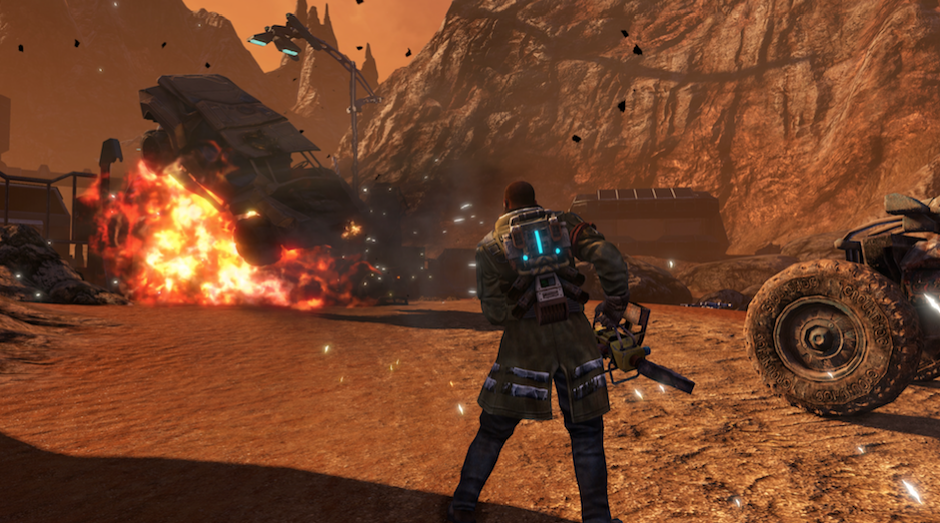 You’re given unlimited ammo and a time limit, and you can reign fire on all the buildings in the map. There’s also a leaderboard so you can compete against others for your fastest times.

It’s a mode you’ll find yourself coming back to on your Switch the most here, and the updated particle effects and textures, especially in docked mode really make the gameplay shine here.

To note, the game also seems to be jumping on the bandwagon of the infamous ‘Switch Tax’, where re-released games have a higher price than normal because it’s on the Switch.

Deponia and Devil May Cry are recent examples of this, and Red Faction Guerilla has joined in at a £26.99 price point.

For a game released ten years ago, it’s a bit of an ask, but when you consider the online modes, updated textures and new maps, and the ‘Wrecking Crew’ mode, it does cushion the blow somewhat (if not immediately). 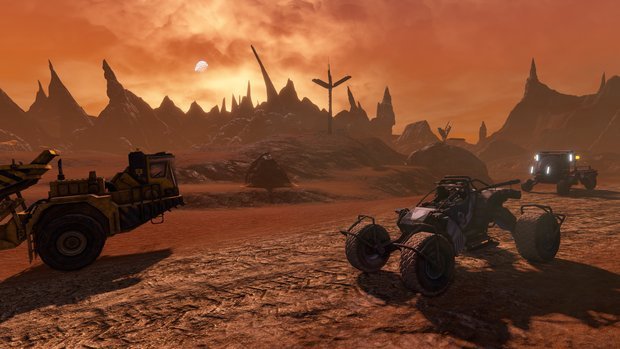 It’s a game that’s constantly reminding you that it is a game released in 2009, with its dated single-player mode and boring missions. The upgraded particle effects help the game show the destruction on the Switch very well here, but ‘Wrecking Crew’ is where the game shines, and proves it is very much worth your purchase here. Incredibly fun, great for party-passing, and being able to play this mode on the go only makes me recommend ‘Red Faction Guerrilla’ even more.