The debuts of the PlayStation 5 and Xbox Series X are still far enough in the future — about eight months away, if the typical November time frame holds true again — that Sony and Microsoft, respectively, are holding their cards close to the vest when it comes to fully unveiling their upcoming consoles. While we don’t know a ton about the new devices, we do know they will likely spur millions of their owners to ask a question: Do I need a new TV to make the most of all this video game power?

We haven’t yet seen detailed hardware specifications from Microsoft or Sony. But the information that the companies have revealed so far suggests that they’re designing their next-gen consoles for next-gen TVs. Yes, this is where we start getting into tech jargon — VRR, ALLM, 8K, 120 Hz — but these new features have the potential to be dramatic upgrades. For instance, 120 Hz support means that a TV’s refresh rate can display games and other content running at 120 frames per second, which is twice as fast as most consoles have been capable of until now.

Plenty of people still don’t own a 4K TV, let alone an 8K display. So it would seem that the question of buying a new TV for the next-gen consoles has an obvious answer, no? 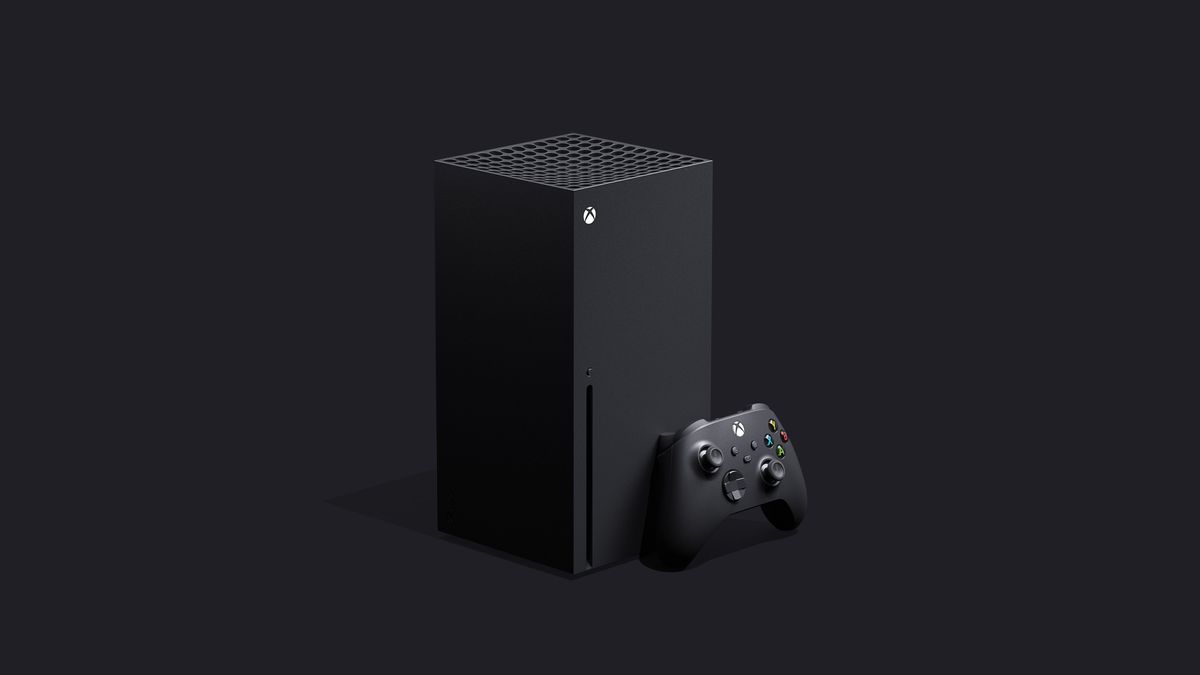 The Xbox Series X and its controller.
Image: Microsoft

Xbox Series X and PS5 hardware specifications: What we know

Sony and Microsoft are promising similar capabilities for the PlayStation 5 and Xbox Series X. Even if one system ends up shipping with more powerful components than the other, both will allow for gaming at resolutions up to 8K — which packs four times as many pixels as 4K — and frame rates up to 120 fps. That will require new hardware, including the connectors on the back of the consoles.

To date, Microsoft has been more forthcoming than Sony with details about its next-gen console. Microsoft debuted its next Xbox under the codename Project Scarlett with a trailer at E3 2019 and, in December, revealed the console’s design and final name: Xbox Series X. The company provided further information on the hardware last month.

Microsoft says that with 12 teraflops of graphics performance — twice that of the Xbox One X, which was released in late 2017 — the Xbox Series X will target 4K at 60 fps, and will have the ability to reach 120 fps. Since E3, the company has been describing the console as having “8K capability,” although it hasn’t provided any details on that. Sony said last year that the PS5 will be able to output resolutions up to 8K, and deliver frame rates as high as 120 fps for 4K gaming.

The key to this forward-looking technology lies in the HDMI port on the rear of both consoles. The Xbox Series X will have an HDMI 2.1 port, Microsoft confirmed recently, while mentioning that the console will support gaming-oriented TV features such as auto low-latency mode (ALLM) and variable refresh rate (VRR). Both of them are already available on the Xbox One S and Xbox One X, although few existing TVs can take advantage of them. As for the PS5, there’s no word at this point on support for features like ALLM or VRR.

The thing is, the PS5 will surely have an HDMI 2.1 port as well. The latest specification of the HDMI standard, HDMI 2.1 can deliver much more bandwidth than the older HDMI 2.0b — 48 gigabits per second, up from 18 Gbps — and accordingly, it supports higher resolutions and frame rates. HDMI 2.0b can’t handle 4K video at frame rates higher than 60 fps, while HDMI 2.1 can comfortably support 4K at 120 fps and 8K at 60 fps. If Sony is saying the PS5 will be able to output 4K120 video, then the console must have an HDMI 2.1 port.

What does HDMI 2.1 mean for the PS5 and Xbox Series X?

The shift from HDMI 2.0 to HDMI 2.1 may not seem like a big deal, going by the tenths-place change in the version number. But it’s a massive upgrade in all kinds of ways. (They should’ve called it HDMI 3.0, honestly.)

The advent of HDMI 2.1 brings with it a number of improvements over the previous HDMI specification, including new features such as dynamic HDR, enhanced audio return channel (eARC), and the aforementioned ALLM and VRR.

Auto low-latency mode is a boon for gamers, because it allows a device connected to a TV to automatically enable “game mode,” the common name for a suite of settings that minimize input latency. In the past, you’d have to manually turn on game mode when using your TV for gaming, but ALLM takes care of it, ensuring that whenever you’re playing a game on your TV, it’s displaying the game with the least image processing possible. And it works for every device in the chain (e.g., enabling game mode on an AV receiver connected between the device and the display), as long as they all support it.

Sony’s PlayStation 5 will be released for ‘holidays 2020’

Variable refresh rate, aka adaptive sync, is a display technology that’s been available in computer monitors for many years but didn’t debut in TVs until late in the past decade. VRR delivers a smooth gaming experience by eliminating screen tearing (which is associated with a game’s frame rate exceeding the display’s refresh rate) and stuttering (which is associated with the frame rate dropping below the refresh rate). This is accomplished by varying the screen’s refresh rate (hence the name!) in accordance with the game’s frame rate so that they’re always in sync. VRR doesn’t just make the video feed look smoother — eliminating stuttering makes the game more responsive.

The two other gaming- and media-oriented features of HDMI 2.1 are quick frame transport (QFT) and quick media switching (QMS). The former reduces display latency — the amount of time between the moment a GPU produces a frame and the moment it appears on screen — by increasing the speed at which frames are transmitted. The latter eliminates the jarring black screens that appear briefly when you switch between content at different frame rates. QMS relies on VRR to sync up the frames.

HDMI 2.1 is the future of TV and next-gen gaming

You might be good if you recently bought a TV from LG, which released six different models in 2019 that featured HDMI 2.1 ports. In addition, the Korean company added support for G-Sync, Nvidia’s proprietary adaptive sync technology, to some of its 2019 TVs last fall, allowing users to connect them to gaming PCs with Nvidia graphics cards. So those customers don’t need to wait for the new consoles to get smooth, tear-free gameplay.

G-Sync is Nvidia’s proprietary adaptive sync technology, a better solution than vertical synchronization (v-sync). Adaptive sync delivers a smooth gaming experience by eliminating screen tearing (which is associated with a PC game’s frame rate exceeding the display’s refresh rate) and stuttering (which is associated with the frame rate dropping below the refresh rate).

This year, though, looks to be the new standard’s coming-out party — TV makers including LG, Samsung, Sony, TCL, and Vizio have said they’ll offer HDMI 2.1 ports on at least some of their 2020 models. That means that anyone who buys a TV with HDMI 2.1 is good to go for everything the PS5 and Xbox Series X have to offer, right?

Nascent technology is like fresh concrete — still malleable enough to be molded by a finger or a footprint — and the world of next-gen TVs and gaming consoles remains unsettled at this point.

While the HDMI 2.1 specification covers new features such as ALLM and VRR, it allows device manufacturers to choose which elements they want to support. The baseline of HDMI 2.1 is the increased video fidelity provided by the bandwidth expansion to 48 Gbps. But most of the HDMI 2.1-specific features don’t actually take advantage of that larger pipe, because they’re not bandwidth-dependent items; they simply have to be built into the firmware of a particular device.

In other words: The presence of HDMI 2.1 ports on a new TV doesn’t guarantee that the display supports all of the gaming-specific features you might want to use with your shiny new PS5 or Xbox Series X. This is why two seemingly identical TVs can have price tags hundreds of dollars apart. 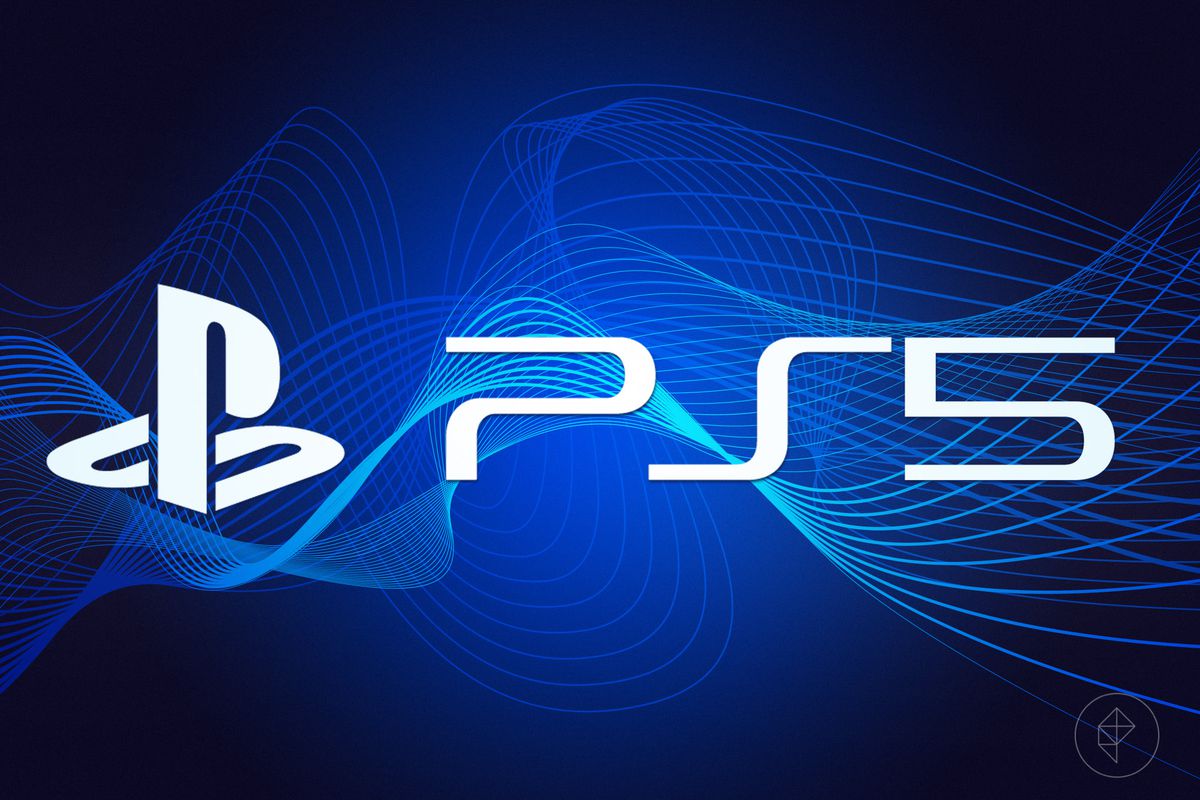 Here’s an example of this issue. Vizio announced at CES 2020 that all of its 2020 TVs will offer HDMI 2.1 ports. The company is grouping gaming enhancements, including ALLM and VRR, under the branding “ProGaming Engine.” However, Vizio’s cheapest line of TVs this year — the V-Series models — will have a different feature set, dubbed the “V-Gaming Engine,” that offers ALLM but not VRR.

The potential for confusion doesn’t end there, though. While Vizio’s 2020 M-Series TVs — the next level up from the V-Series, but still budget-priced — will offer VRR, their implementation will only support frame rates up to 60 fps. If you want to game at 120 fps with VRR, you’ll need to step up to the P-Series Quantum line, which will be available only in 65- and 75-inch sizes.

Have your eyes glazed over yet?

Should you buy a new TV for PS5 or Xbox Series X? Perhaps, but do your homework first

Having said all of that, we don’t yet know how this will shake out. To this point, Microsoft and Sony have left a lot unsaid about the Xbox Series X and PlayStation 5. And until more TVs with HDMI 2.1 ports start hitting the market, we won’t be able to get a sense of what they can and can’t do in real-world situations.

One thing is for sure: Both of the next-gen consoles will work just fine with your existing TV, whether it’s a 4K model or a 1080p display (or, hell, even an old 720p unit, probably). So you shouldn’t feel pressured to upgrade if you’re not willing and/or able, especially when the potential benefits of doing so are as unclear as they are right now.

But if you are thinking of venturing out onto the cutting edge of TV technology, looking to future-proof your living room setup, you’ll want to read up on all the fine print before making a purchase. At this point, honestly, your best bet is to wait — and in the meantime, start saving up.