Who doesn’t enjoy a platforming adventure? There are some great, independent games utilizing the platformer genre well. Games like Bloo Kid 2 and 8BitBoy are fun simply based on their level design. Sadly, independent games like these go largely unnoticed in comparison to the mainstream titles. One recent platformer is Potata. Like the two aforementioned games, Potata has not been talked about too much in the mainstream, which is a shame. Aside from one frustrating puzzle type, Potata is a charming adventure title with a welcoming art style, fantastic levels, and a couple of great boss battles. 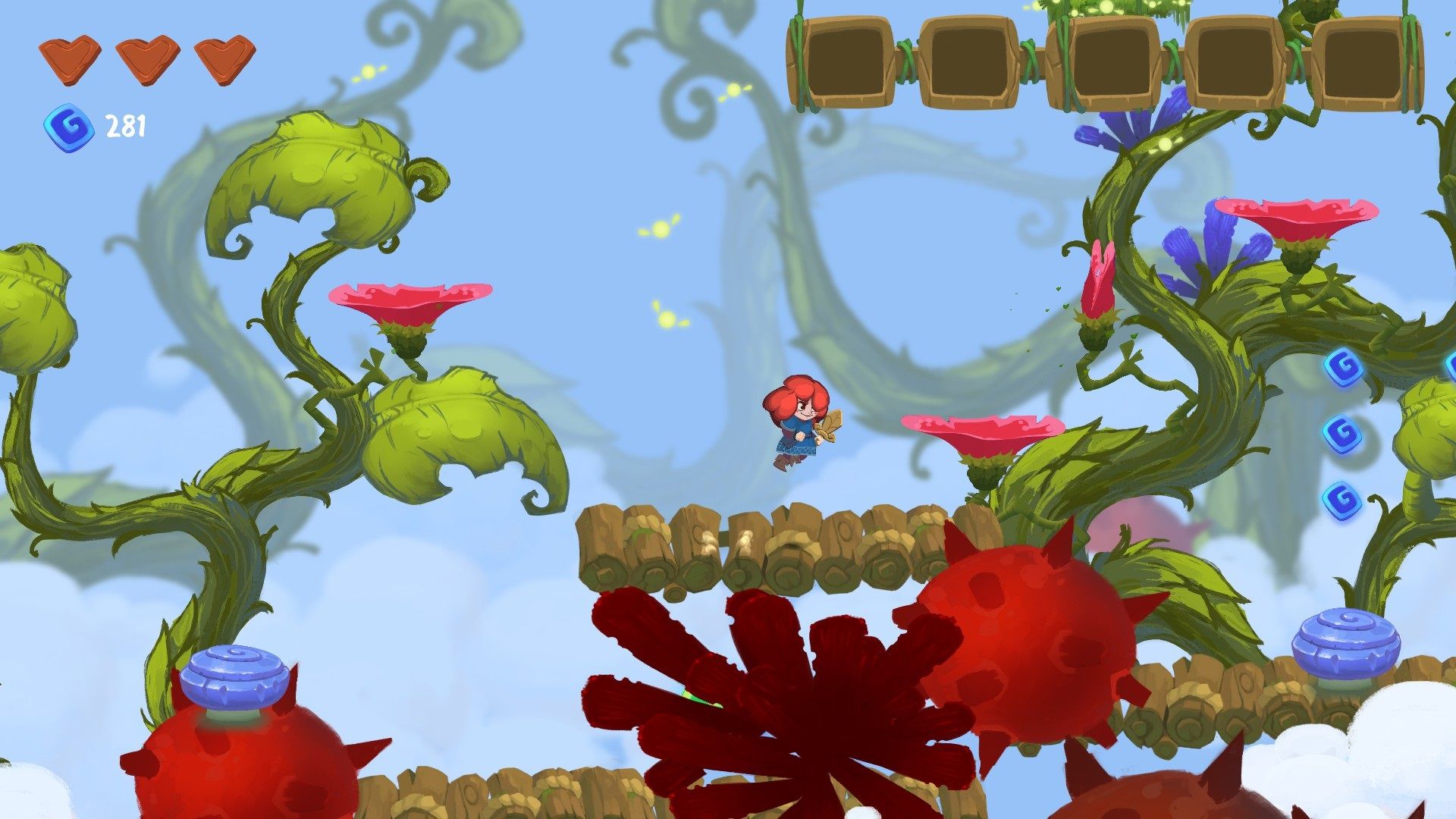 The levels in Potata are very well-designed. A number require simple, but careful platforming mechanics. Potata has three hearts, but the red spikes instantly kill her. Although not the difficulty of Celeste, Potata combines relaxing platforming with some formidable segments. Those who like the peaceful atmosphere of games like Kirby’s Epic Yarn or Yoshi’s Crafted World, but want a bit more challenge should enjoy Potata. One of the game’s biggest highlights is the cave level. There is a quality level of atmosphere, and a bit more exploring than usual, which works to the game’s benefit.

Many times in a level, players will have to explore other paths to find needed items, like a lever or a key. There are also optional paths that lead to currency (currency is important because checkpoints require a certain amount). Exploring is not a chore, but rather a joy. Anyone who does not like Metroidvanias like Hollow Knight, but still enjoys a bit of a detour to open the way, this is the game for you. The boss battles have a fantastic level of intensity. The first one is the most memorable, where players have to dodge large spike balls. The chase sequences are also a lot of fun. It’s a shame there weren’t more boss battles and chases, and less of the puzzles. The very small team who made the game understood quality level and boss design. 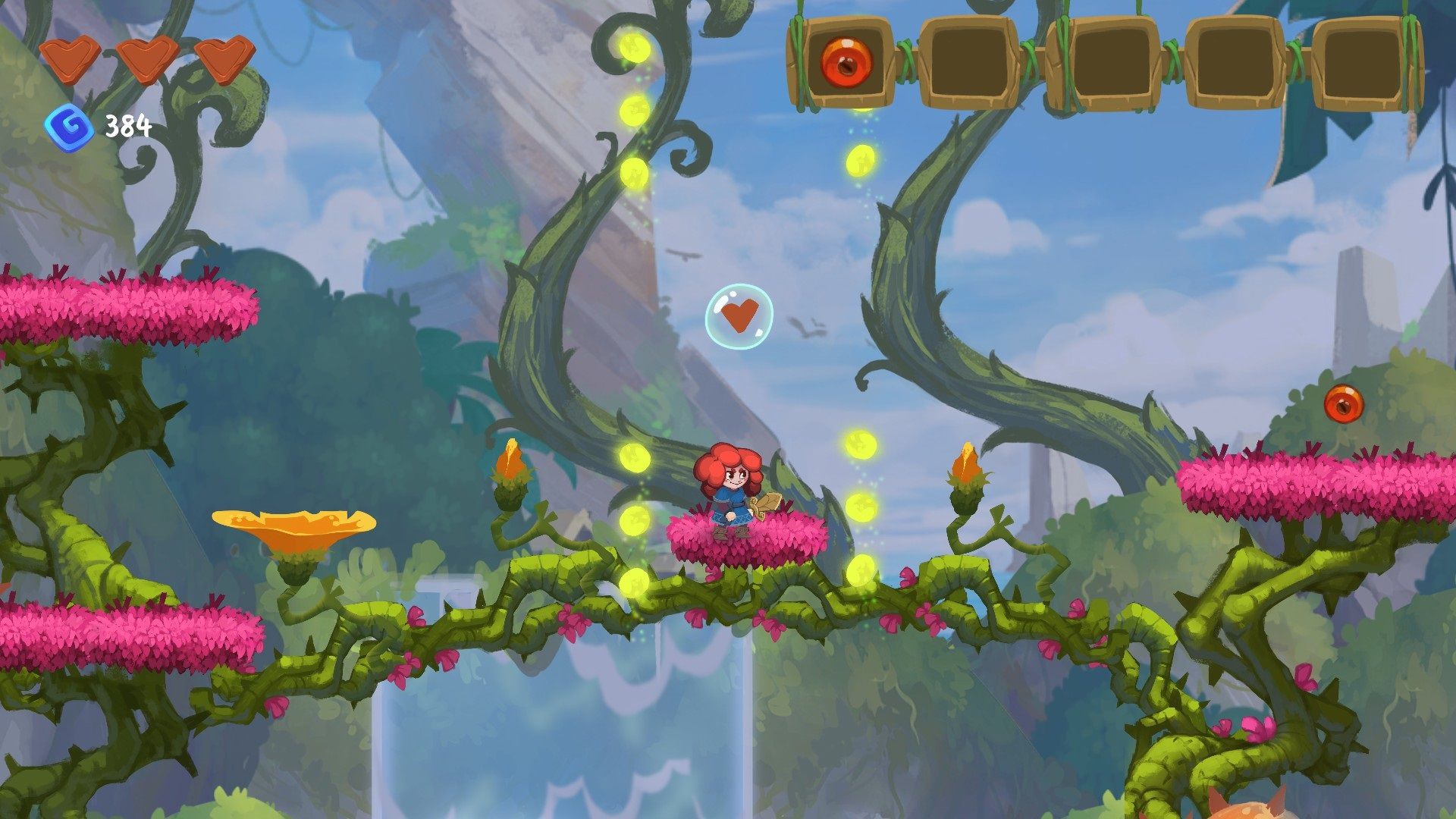 Right from the start of the game, players can see the welcoming art style. It looks like a fun cartoon that people of all ages will appreciate. There’s a certain soft ambiance to the levels, which is helped by the soundtrack. Young gamers will enjoy playing through the appealing levels. In fact, as a whole, Potata is a wholesome adventure for the kids.

The music is a highlight. Sounding like something out of Scandinavia, the music makes the adventure peaceful, but also grand. It’s a shame there was not more music crafted, because there did seem to be a lack of diverse themes after awhile. 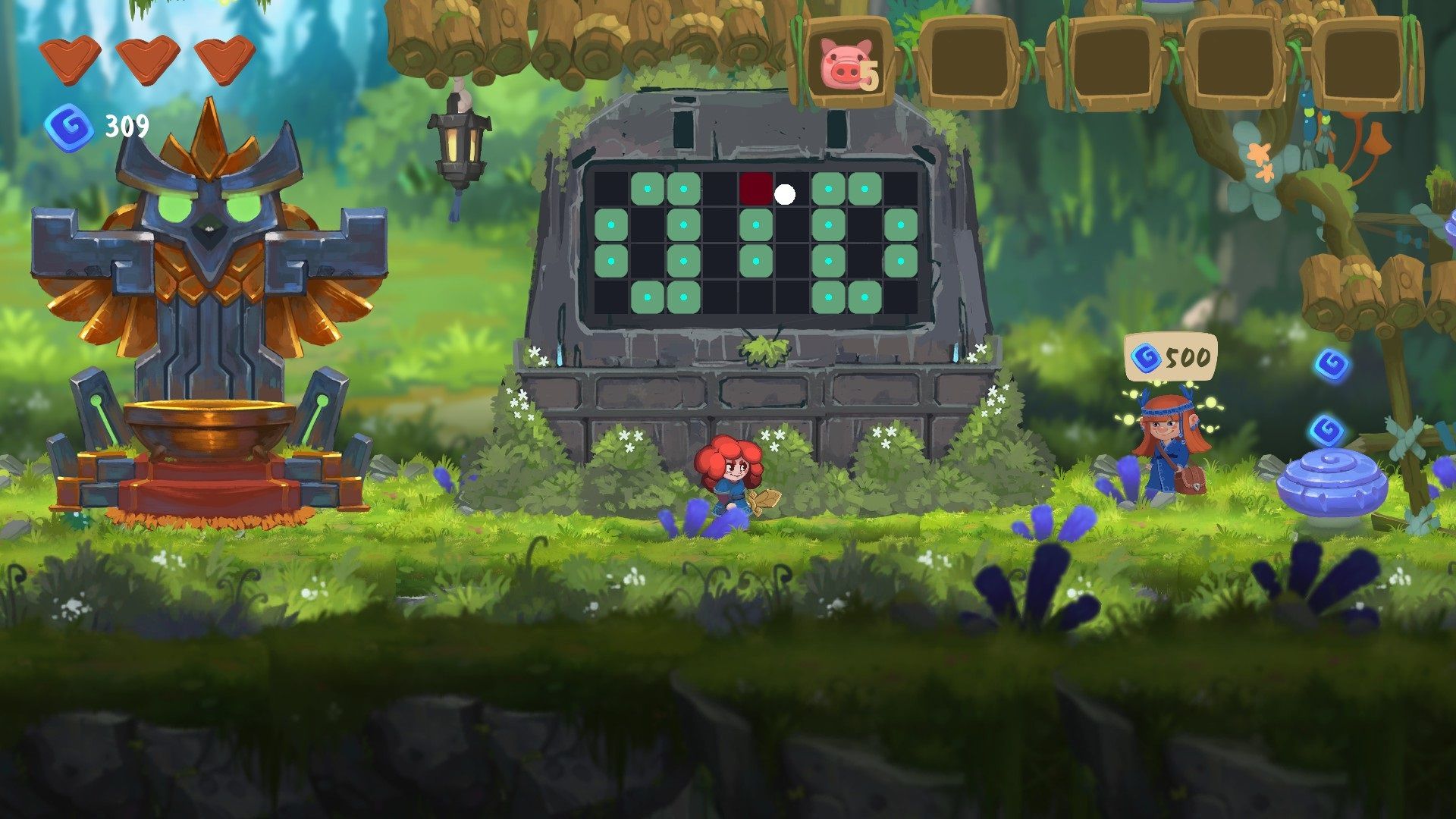 The puzzles incorporated into the levels are typically fun to get through. Roll a box here, hit a switch, and things of that nature are well utilized. However, the game halts players with two ongoing puzzle sections: the dot and shapes puzzles. The shapes puzzles are good. Putting the shapes together tests the mind to visually experiment before placing a piece. It’s the other puzzle that proved frustrating.

The square puzzles severely put things on pause. Unlike the shapes, this one is annoying and makes the player just want to randomly hit the squares and hope for the best. Interestingly, Potata doesn’t have to do them if she pays Luna a large amount of currency. This probably won’t work every time if you’re using the stones on checkpoints. Thankfully, these riddle sequences aren’t constant. 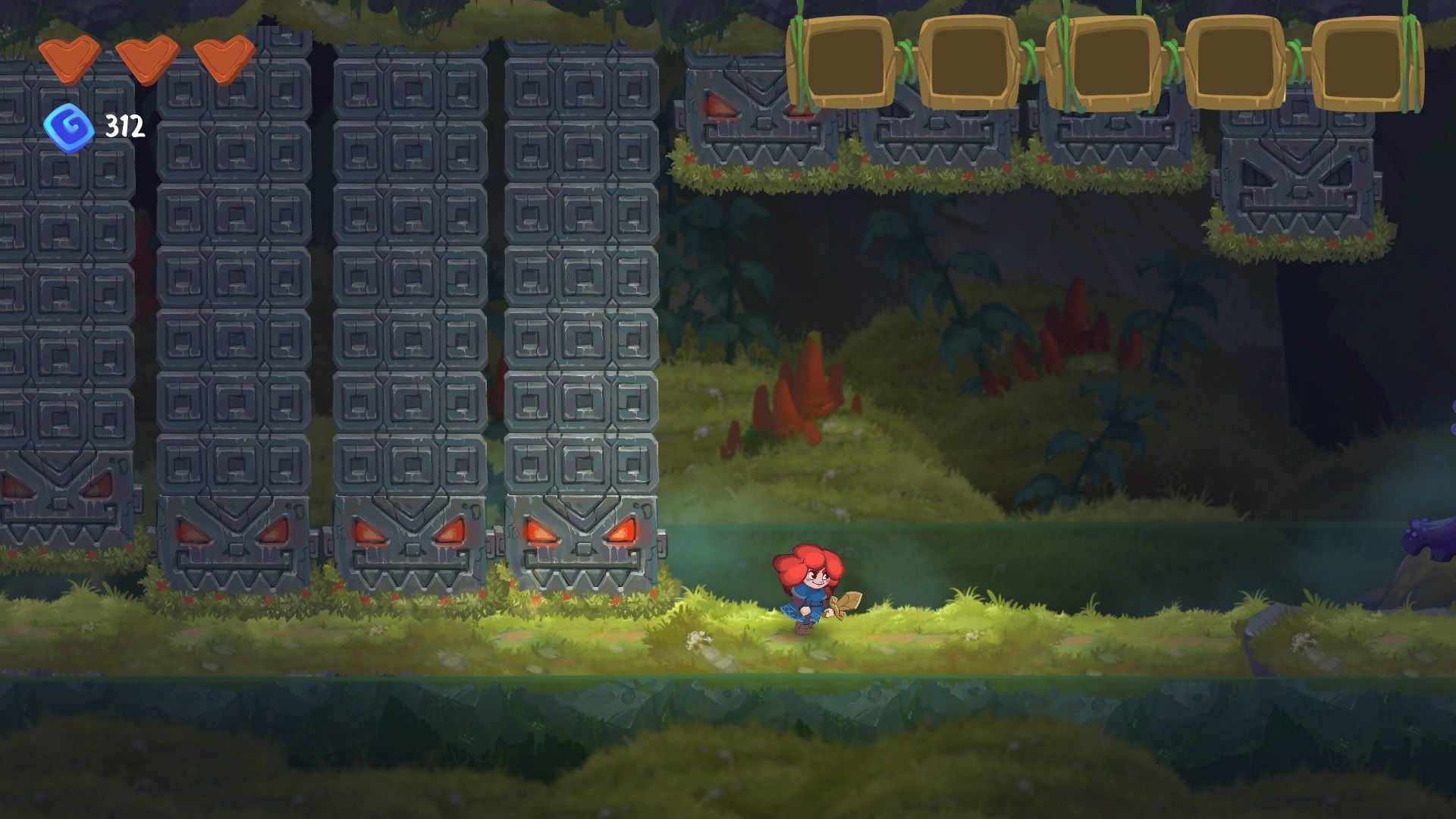 There are so many independent games being made that, sadly, some will not get enough attention. Potata is one such game. Priced at $8.99 on Steam, the game offers a fun adventure. It’s a great game for all ages, featuring smart level design and a charming art style. The platforming puzzles are handled wonderfully, and it feels good accomplishing in the main hub world every time one completes a level. The square riddles are more on the annoying side, but don’t ruin the experience. Potata is a game for those who appreciate wholesome adventure stories and good platforming.

A Steam review code for Potata was provided to TheGamer for this review. Potata is available now on Steam.