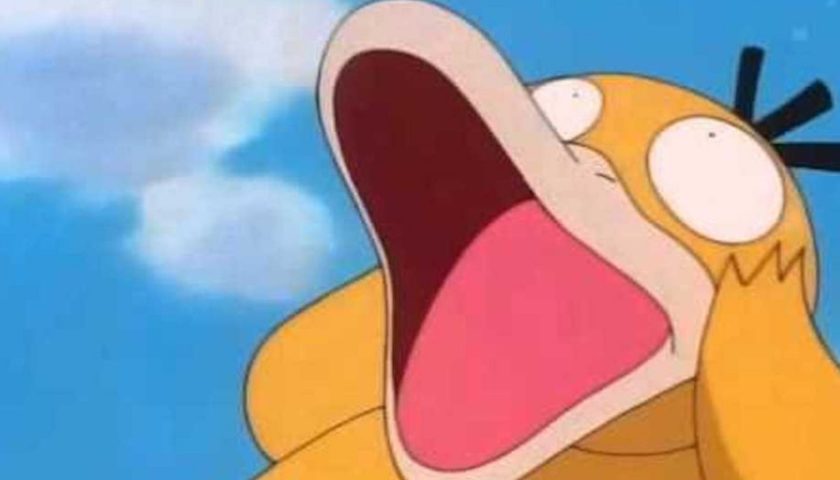 When I was about four years old, all I wanted was a Tauros. Yes, I know it’s not necessarily the strongest Pokemon around Pallet Town, but it’s a gigantic bull with multiple tails that could run really fast in the anime. And so I spent hours in the Safari Zone – mostly looking in areas where Tauros did not, in fact, spawn – until I eventually managed to snag myself a big angry bull with some kind of weird lion’s mane.

“Hold on a minute,” I exclaimed later that day. “This bull can breathe fire? And summon lightning bolts? And conjure snowstorms? I just thought it looked badass – this thing is a legend.”

Those were the days, reader, when Pokemon was the biggest, weirdest, most amazing pile of bullshit I have ever seen. How, reader, did a man lose his gold teeth in a safari zone? Why, reader, did a Team Rocket grunt dig a large hole in a civilian’s wall instead of simply walking around his house? When, reader, did this mysterious war that Lt. Surge apparently participated in transpire, and what, reader, made this man force 10-year-old children to root around literal bins in his gym in search of highly dangerous electric switches?

Bill turned himself into a fucking Pokemon. 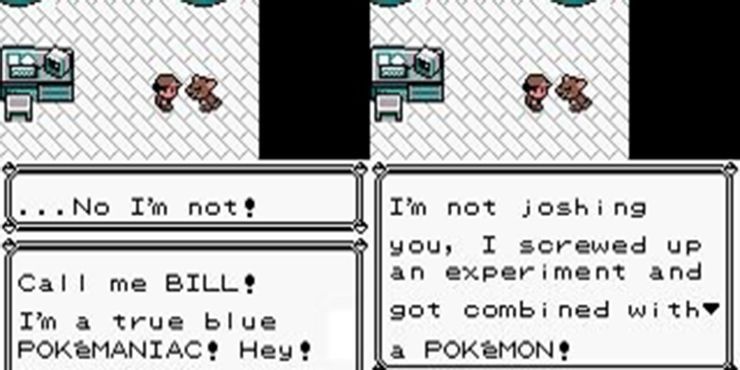 Anyway, when I go back and play any of the Pokemon games prior to Gen 3 now, I engage with them very differently to anything from Diamond & Pearl onwards. I used to put this down to nostalgia – although given that I was ten and at the peak of my Pokemon endeavors when Gen 4 launched, I reckon that’s not enough to justify my affinity for Gens 1-3. Going through the earlier games again recently, I can see that I love them for the same reason I adore Zelda when Zelda is stupid: they’re unapologetically themselves, steeped in their own distinctly absurd identities. They don’t try to make too much sense out of grandiose narratives that, in a way, distract from the most joyful parts of the overall Pokemon experience.

Oddly enough, Gen 7 channeled this energy and became my favourite generation in over ten years. When Sword & Shield launched, I thought they were pretty okay – nothing special, but fine. I still think their story is kind of shit, although I love how certain aspects of it play out, and the Crown Tundra was a bonafide joy to play. Peony reminded me of why I’m so invested in Pokemon in the first place, even if there were a few years somewhere along the way where I couldn’t for the life of me remember why I even liked these games. The campy chapter titles, the overexcited ranting, the slapstick comedy that’s so embarrassingly unfunny that it makes me spit out my coffee in an automatic pseudo-laugh – this is the kind of Pokemon that I genuinely care about.

But, to tie things back to my lovely Tauros, it extends way past narrative beats. I recently wrote about how half of Pokemon’s moves don’t make sense anymore, but the only reason that’s an issue is because they’re presented in a way that makes it appear as if they’re supposed to. If we went back to “Tauros can spit fireballs because magic now shut up,” I’d be totally here for it. It’s when descriptions betray the properties of the Pokemon they’re tied to that things start to become a bit weird, because those descriptions were specifically written with that Pokemon’s entire identity in mind.

Listen, I write about Pokemon a lot. I genuinely care about the series and the reasons I compliment and criticize it are largely because of the fact that this is something I’m deeply invested in, and something I want to see grow as we approach future games. Ultimately, though, my main thing when it comes to Pokemon is that it’s supposed to be fun. That’s a dangerously vague word, “fun,” but it’s the most apt one for what I’m saying here. I want to enjoy my adventures in this world of worlds. I want big personalities and bigger absurdity. I want large dinosaur dragons made out of rock with a vicious bite packed with the power of darkness incarnate, and lovable little fairy folk who hang out in meteorite craters for shits and giggles. I want a small-town conspiracy where people are reporting that a nefarious evil organization is running an illegal crime ring based on the sale of dismembered Slowpoke tails. I want to turn around to Bill and say, “Listen, mate, this is on you. You’re a Pokemon now.”

Because ultimately, my response to all of these things is far more interesting to me, personally, than any half-arsed reaction to a story that’s trying to be self-serious and kind of fun at the same time. That’s not for Pokemon, mate. You can tackle serious themes without being a big bore. Let’s go back to the nonsense.

Next: The Most Next-Gen Thing Assassin’s Creed Can Do Is Go Back To A Small City