It seems there are many passengers aboard the Hop hate train, but he’s one of the best rivals in the Pokémon series. Hop haters mainly dislike the kid for his overzealous attitude and his pestering little brother-like ways. There’s no denying that Hop comes on a bit strong in the beginning of Sword & Shield, but he is the Champion’s younger brother after all– he should be a spit-fire. In actuality, Hop has a lot of great defining characteristics that make him a fantastic rival.

For starters, Hop exudes competitive confidence without being taunting or downright infuriating. His enthusiasm motivates players to progress through the story in a positive way, even if it is to keep his ego in check. 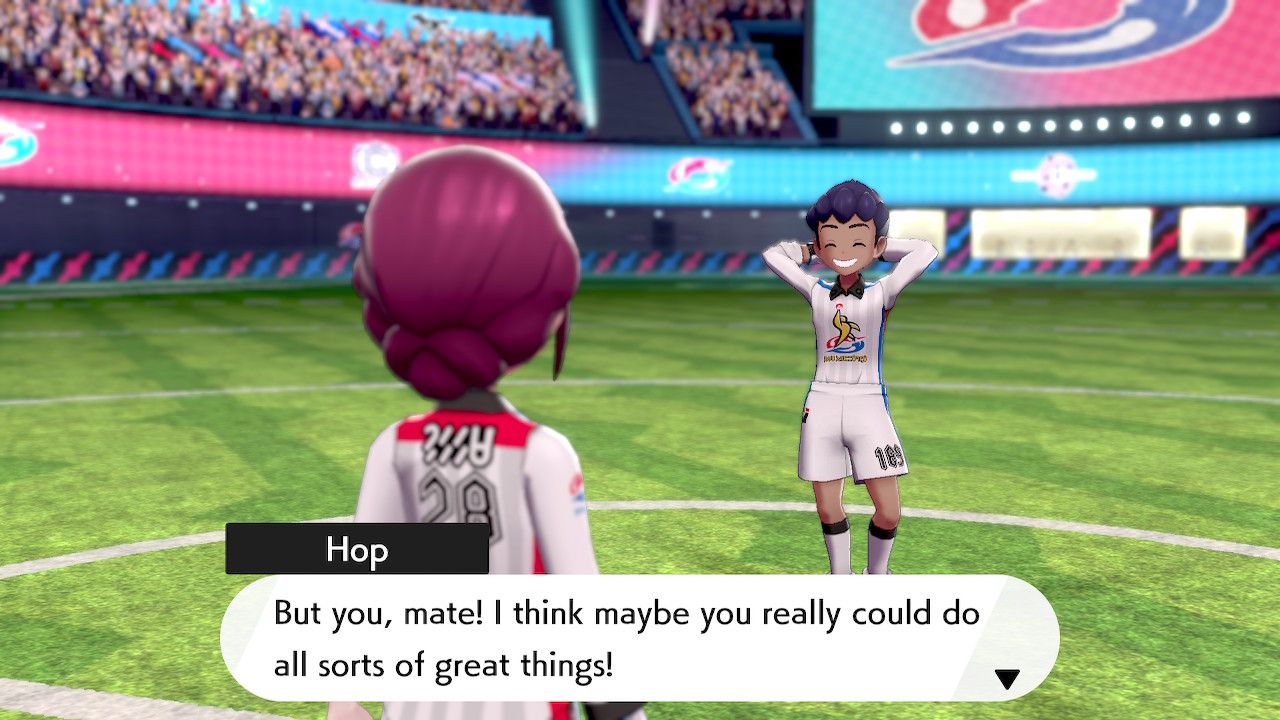 In the end-game, even though he knows he is no match for the player or the Champion he is determined to help and is the first to charge into action. Some might call it foolhardy, but it’s a brave act indeed to stand strong and persevere when one is clearly outmatched.

Hop is a truly stand-up guy, willing to admit when he is outmatched and learn from his shortcomings. His unyielding optimism is wholeheartedly inspiring and his constant support of the main protagonist shows what a true friend he really is. Hop may have an overabundance of energy at times, but he walks the line perfectly between competitive rival and true friend. This makes Hop the best, if not most dynamic rival in the Pokémon series.