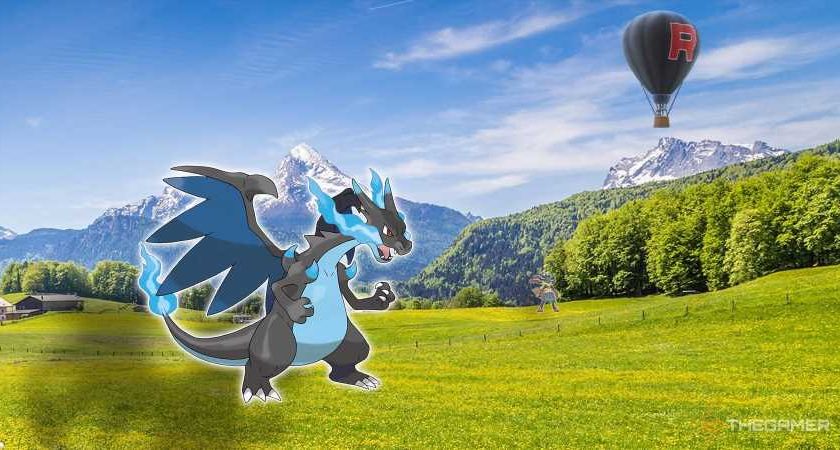 Pokemon Go has always been a bit of a strange game. On one hand, it’s enraptured people from all over the world who couldn’t tell a Pikachu from a Pinsir five years ago. On the other, it’s often stigmatized by more hardcore fans – you know, the ones who pretend Mystery Dungeon isn’t an absolute banger. Still, its popularity has endured ever since it launched back in that infamous summer of 2016, which is ultimately why it’s so lovely to see how Niantic continues to use it as a love letter to beloved yet ultimately forgotten gimmicks from previous generations.

This idea has been stirring in the back of my head for a little while now. I don’t play Pokemon Go as often as I used to – I might boot it up once a month when I’m waiting on a mate or out for a walk. A few weeks ago, that was exactly the case. I happened to be near a Gym and thought I’d try to nick it from the yellow team – unlucky for me, this Gym was being held by a Charizard with Blast Burn. Blast Burn! Now there’s a throwback for a Pokemon fan of 25 years, eh? I wasn’t even annoyed when I got scorched – my fault for not listening to Blaine, the Fire-type virtuoso who happens to hang out in the best Pokemon gym of all time.

For those unacquainted with the exact origins of Blast Burn, it was a special technique that only ever appeared in Pokemon FireRed & LeafGreen, the Gen 3 GBA remakes of Pokemon Red & Blue. Blast Burn was a unique move that only Charizard could learn, while Blastoise and Venusaur gained access to Hydro Cannon and Frenzy Plant, respectively. After doing a little bit of research into the Pokemon Go meta, I saw that all three moves quickly became drastically overpowered as soon as they were added to the game – but that’s how they were always supposed to be, right? I never liked them in FireRed and LeafGreen despite how great the concept was because they had a mandatory recharge a la Hyper Beam. Now, in Pokemon Go, they’re bona fide wallshatterers. 2020 Swampert could run a Mud Shot/Hydro Cannon set and sweep entire teams without breaking a sweat – maybe that’s why it’s hiding all the time in New Pokemon Snap. It couldn’t care less about the riff-raff photographers it could launch into the stratosphere with a single splash.

It’s not just these would-be iconic moves that have made a resurgence, though. The more you look at it, the more you can see Pokemon Go absorbing and revitalizing mechanics and gimmicks that would be dead otherwise. Megas are important in Niantic’s titanic mobile title now, which is intriguing when you consider that Gen 8 switched them out for rubbish Dynamaxing. Old school trade items are rolled out alongside new waves of more recent Pokemon, Lure Modules introduce an excellent spin on traditional evolution stones from the mainline games, and meta shifts often lead to resurgences of ‘mons you’d probably forget existed if you only tuned into the numbered gens. I mean, even eggs have a degree of mystery and actual incentive again, as opposed to just being tied to farming EVs or increasing shiny odds. The integration of finite-use incubators with actual physical walking? Brilliant. My step count has never been higher.

Even Team Rocket are the freshest they’ve been since James was a regular character in the anime. Sure, Pokemon Go exists in a weird sort of limbo between diehard fans and newcomers to the world’s most commercially successful entertainment franchise, and you might not see it plastered all over the news like it was back in 2016. But do you know what? I think that wonderful juxtaposition is part of why Niantic and The Pokemon Company are so keen to reintroduce old ideas that Game Freak hasn’t got time to care about anymore. It’s using the past to inspire the present, which ultimately leads to a better and more coherent future for a series I’ve loved for two and a half decades.

Honestly, I don’t think the words “Blast Burn” ever would have come into my head again if not for that fateful encounter at a Gym a few weeks ago, but I’m sure as hell glad they did. Maybe now I’ll have to pull out my GBA so I can pay the weird old lady on Two Island’s Cape Brink a visit. Which reminds me – boy oh boy do we need a new Sevii Islands game, eh? Forget Diamond & Pearl remakes and don’t mind Legends Arceus – who even needs Gen 9? I just want to go back to Mt. Ember and Altering Cave, which are just two examples of why Pokemon absolutely needs to recapture the same magic it showed off in New Pokemon Snap’s Outaway Cave. Wow, FireRed & LeafGreen were good.