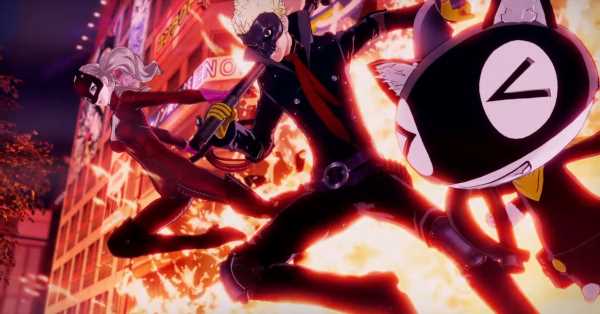 Persona 5 Strikers is a pared-down version of what I played in Persona 5 and Persona 5 Royal, and it lacks some of the depth needed to elevate it to the quality of the mainline series. But I still walked into the final encounter loving Strikers. Because it’s both Strikers’ similarities and differences to the Persona 5 saga that recontextualizes what I love about the series.

But the true beauty of Persona 5 Strikers is how it melds the familial bonding with friends with the metaphysical battle for free will and justice.

When the game begins, the Phantom Thieves — school-age kids with the metaphysical power to delve into the darker desires of villains, changing their hearts for the better — haven’t seen each other in a while. Joker and Morgana packed up and headed back to Joker’s hometown at the end of Persona 5, and the two senior girls, Makoto and Haru, went off to college. When the Thieves join up, they talk about camping out around Japan. But a new mission sends them back into the Metaverse and to several Japanese cities — a pretty big departure from Persona 5’s Tokyo-centric story.

As we’re rolling down the highways of Japan — in our beat-up, borrowed RV/headquarters — the drivers to the left and the right don’t know we’re the famed Phantom Thieves. To them, we’re high school and college students making our way across the country for a summer road trip. But aside from a trip to the beach here or a hunt for ramen there, the Phantom Thieves are on a new mission.

Persona 5 Strikers is a direct follow up to Persona 5 — Persona 5 Royal seems to take place in another dimension, so no Kasumi here — set six months after the Phantom Thieves’ final heist. It looks and sounds just like Persona 5, but instead of the turn-based JRPG combat of its source material, Strikers offers a Musou style of combat — combo-based action combat against an army of enemies, like the Dynasty Warriors series or Hyrule Warriors: Age of Calamity. But the combat is only a part of what makes Strikers fun.

Between combat missions, I could swear I was playing Persona 5
Image: Omega Force and P-Studio/Atlus

Most of my time in Persona 5 Strikers consists of walking around a new town as Joker, the nameless protagonist and leader of the Phantom Thieves. We’re all traveling around the country to change more hearts — the Phantom Thieves’ unique way of making wrongdoers confess their crimes — over the summer, assisted by a new AI friend named Sophia, and Zenkichi, a 40-year-old public security investigator. But it’s also a chance for me, the player, to hang out with my virtual friends once again — characters that I love dearly, who I thought I saw the last of in Persona 5 Royal.

When I land in a new town, I’ll get an objective to investigate a metaphysical anomaly. But not before we all grab some dinner together and goof off at a local landmark. Like Persona 5, a good chunk of these interactions are in-engine cutscenes with pals, with the occasional interjection of a dialogue choice. But I also get to interact with the game’s version of Japan by walking Joker around town, visiting some shops, or chatting with my friends standing on the street. Sometimes they give me items or a new recipe to cook in our RV.

In each of these locales, we eventually come across a Jail — a slightly altered version of the Metaverse “Palaces” from Persona 5 — and the Phantom Thieves dive into what really makes Strikers unique.

Persona 5 Strikers isn’t a turn-based RPG, but its action combat is a good facsimile

Each character has unique abilities, like how Morgana can turn into a bus
Image: Omega Force and P-Studio/Atlus

Strikers feels like a true Persona game while belonging to a different genre altogether.

When we all dive into a new Jail — themed after a draconian castle, a carnival, and more — we still move through the shadows. This may be a Musou game, but we’re still Phantom Thieves. Just like the RPG, I sneak up on enemies and initiate combat with stealth attacks. But when the battle erupts, I’m relieved of my menus and thrown into a mostly real-time brawl.

A dozen Shadows erupt from the enemy I just attacked, and a small arena forms around where I initiated combat. Instead of issuing commands, I’m mashing buttons or inputting combos to make Joker slash through enemies with his knife. At any time, I can swap to one of the other three Phantom Thieves in my party. Ryuji can execute powerful charge attacks, or Makoto can ride her motorcycle Persona through a group of enemies — a Persona being a manifestation of each Phantom Thief’s inner being, usually based on a historical or literary character. Makoto’s Persona, the motorcycle Johanna, is based on Pope Joan, while Joker’s persona is based on Arsène Lupin, the gentleman thief.

I can summon my Persona mid-combo or hold a button to select a number of moves to strike my foes. And that’s when the action stops. These battles may be big and fast, but this is still a Persona game. Different Personas and Shadows have different elemental weaknesses, and I can freeze time at any point to pull a powerful Wind attack out of Zorro, Morgana’s Persona. By striking an enemy’s weakness, my team and I can execute a powerful All Out Attack, damaging all enemies nearby.

This is the general flow of Persona 5 Strikers’ combat. The Phantom Thieves and I battle in fast-paced brawls and then pause to strike an enemy’s weakness. And Strikers really nails the feeling of Persona 5’s combat, for being a different genre altogether. I’m thinking about how to balance my SP (mana) with how much damage I can inflict with my regular attacks during every battle.

Strikers does such a good interpretation of Persona 5’s combat that it even gets tedious in the same way toward the end of the game, when enemies are constantly inflicting me with ailments and battles take a bit longer than I’d want. But like the main series, the moments spent rolling my eyes at Strikers’ combat are rare compared to my more triumphant achievements.

Persona 5 Strikers and its combat kept me engaged for the game’s entire runtime — about 50 hours.

Striker’s juxtaposition of new and familiar keep it surprising

Since they’re on the move, the camper is the Phantom Thieves’ primary hideout
Image: Omega Force and P-Studio/Atlus

Strikers is both a Musou game and Persona 5 follow-up. It’s a perfect way for fans who love the style of Persona but aren’t interested in slow-moving, turn-based JRPGs to jump in and experience these characters. But it also gives diehard fans a great sequel to something they already love. Because the combat is good, but the Persona is better.

In the past four years, I’ve spent about 250 hours playing Persona 5 and Persona 5 Royal. They’re both games I love, but that’s a long time to spend doing anything. So Strikers’ innovations did exactly what I needed: They brought me back to the world I love, with the characters I adore, and showed me the same world from a different angle.

There are things that Strikers omits that I really do miss from Persona 5. I love Persona’s time management — the idea that I have an afternoon to myself, and it’s up to me if I want to eat with a friend or study for a test. Those decisions have real impact in the Persona series, but Strikers has no time component. I can’t increase my Charm or my Knowledge, and individual relationships with my pals don’t grow. But there are already two very long Persona 5 games where I can grow my relationships with these characters. Strikers opts for something different, and it succeeds.

I always loved Persona 5 as a management game, something that let me min-max my life and friendships. But that’s only one aspect of the Persona 5 saga. Because Strikers is so pared down, I spent more time focusing on the game outside of its systems. The story of the Phantom Thieves is ultimately one about changing the hearts of evildoers — watching an evil character get their moment of self-clarity that so rarely happens in real life.

Ganondorf always dies an unrepentant asshole with a lust for power, and that’s appropriate for The Legend of Zelda series. But Persona 5, Persona 5 Royal, and Persona 5 Strikers take place in our world — or something very similar, with a little hidden magic tucked away. When we defeat “bad guys” in our world, we watch them kick and scream as we drag them to a jail cell, or see their lifeless body on the news. We’ve removed an obstacle, not reformed a heart. The Persona 5 saga gives us that satisfaction of a character realizing what their actions have done to others. They don’t get absolved of their sins, and they’re rightfully punished for the harm they’ve caused, but the Thieves help these villains see their failings.

Alice is the first Monarch the Phantom Thieves face in Strikers, and she’s immediately different from the villains of Persona 5
Image: Omega Force and P-Studio/Atlus

This “taking of heart” is present in all three games. But Strikers shakes up the formula in an interesting way. Without spoiling too much, Strikers’ villains aren’t the same creeps from Persona 5 — the first villain in that game is an Olympian, pedophilic, abusive gym teacher that drives a student to attempt suicide.

Instead, Strikers’ villains are mostly normal, hurting people who are continuing the cycle of abuse by hurting others. Part of their story is seeing what past trauma in their lives made them vulnerable to their own insecurities, allowing their own dark desires to transform them into a monster in the metaphysical world. The crimes aren’t as arcane, but the smaller perspective fosters interesting discussions about the nature of justice and what makes the Phantom Thieves heroes — something Strikers actually takes the time to explore.

Delving into justice is key to the Persona series, but Persona 5 has so much going on that it’s not the first thing I think of when I remember my time playing them. Instead, I think of eating ramen with Ryuji while he pours his heart out to me, or helping Haru garden while we talk about her late father.

Strikers misses these small, intimate moments, but that absence leaves a welcome hole: In a simpler game, it’s easier to see the themes at play. And in my playthrough of Strikers, I thought back to those moments of change for Persona 5 villains like Kamoshida and Madarame. Strikers didn’t open my eyes to some new depth in the Persona series, but it offered me a chance to revisit and ponder the beauty of repentance — something I sorely miss in our less-magical world.

Now when I look forward to Persona 6 or the next adventure of the Phantom Thieves, Strikers will remind me that the speed of the combat doesn’t matter, as long as there’s a new heart to steal.

Persona 5 Strikers will be released Feb. 23 on Nintendo Switch, PlayStation 4, and Windows PC. The game was reviewed on PS4 using a pre-release download code provided by Atlus and Omega Force. Vox Media has affiliate partnerships. These do not influence editorial content, though Vox Media may earn commissions for products purchased via affiliate links. You can find additional information about Polygon’s ethics policy here. 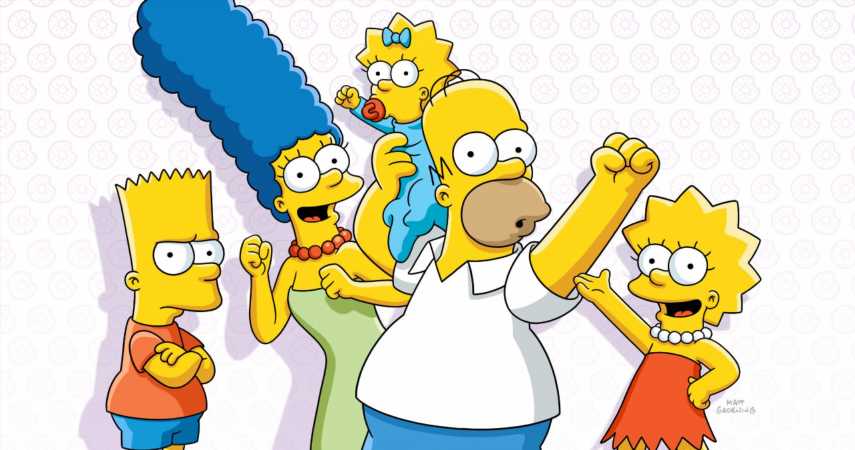 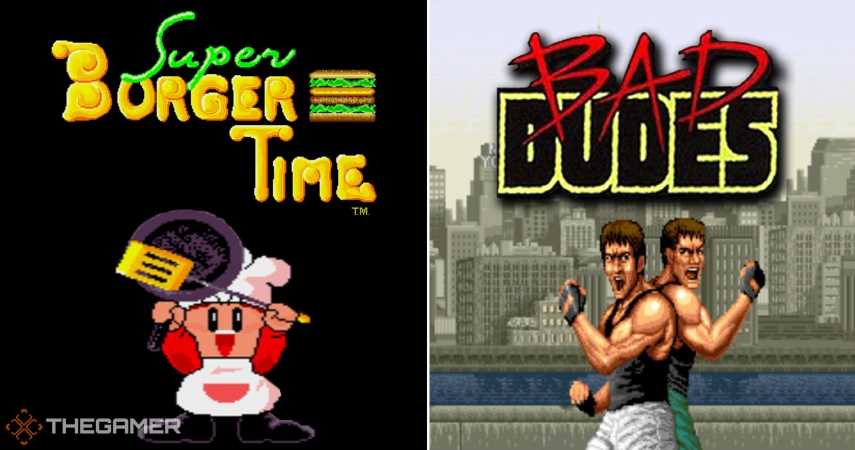