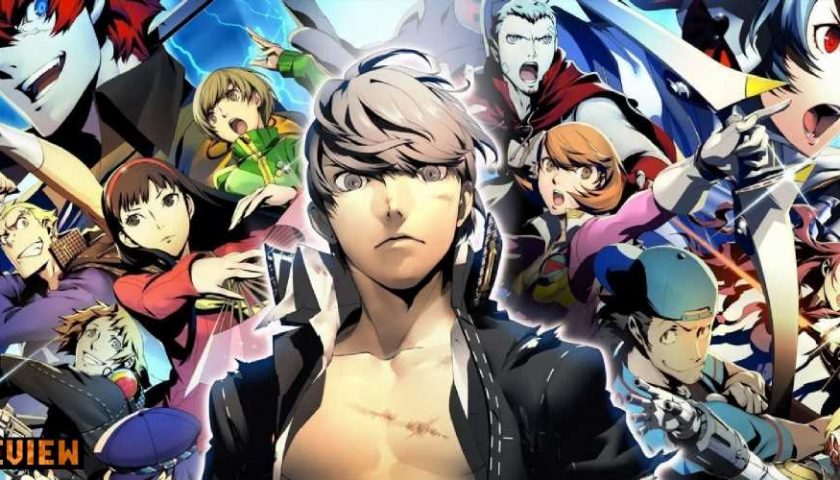 There is no single place to start if you want to get into Persona , but it's safe to say Persona 4 Arena Ultimax is almost certainly not it. After Persona 5 took the series to a new stratosphere of popularity, it seems like a strange call to head back to Persona 4 once more. Yes, P4Golden has been re-released on PC since then, and it’s not like P5 has been neglected with the arrival of Royal and Strikers, but it’s difficult to know who exactly P4AU is for, other than people who liked it the first time.

I’m no fighting game expert. Footsie is something you play under the table with your 1950s sweetheart at a box social, and if you play your cards right you might wake up in a BnB afterwards. I can’t speak to whether P4AU will become a big hit in the esports scene, but as far as fighting games go, it feels as if it has too steep a curve. While I don’t play competitively, I have played through most major modern fighters and can beat the game comfortably while holding my own online. I’m not completely useless, but I don’t think P4AU is suited to my skill set.

If you’re expecting a button for kick, a button for punch, et cetera, you’ll need to shake those preconceptions quickly. Being able to implement the Personas is obviously a necessity in a Persona fighting game, but it takes a while to figure out which button does what. It’s not just complex button combos, but even something as simple as the Triangle button seems to act in different ways for different fighters. There is a tutorial, but it’s typical of a mid-tier 2D fighting game – there are 70 different stages and they begin with ‘do this to walk’ then quickly evolve into ‘dislocate your fingers to throw’. It’s dull, flat, and doesn’t feel all that educational or helpful. 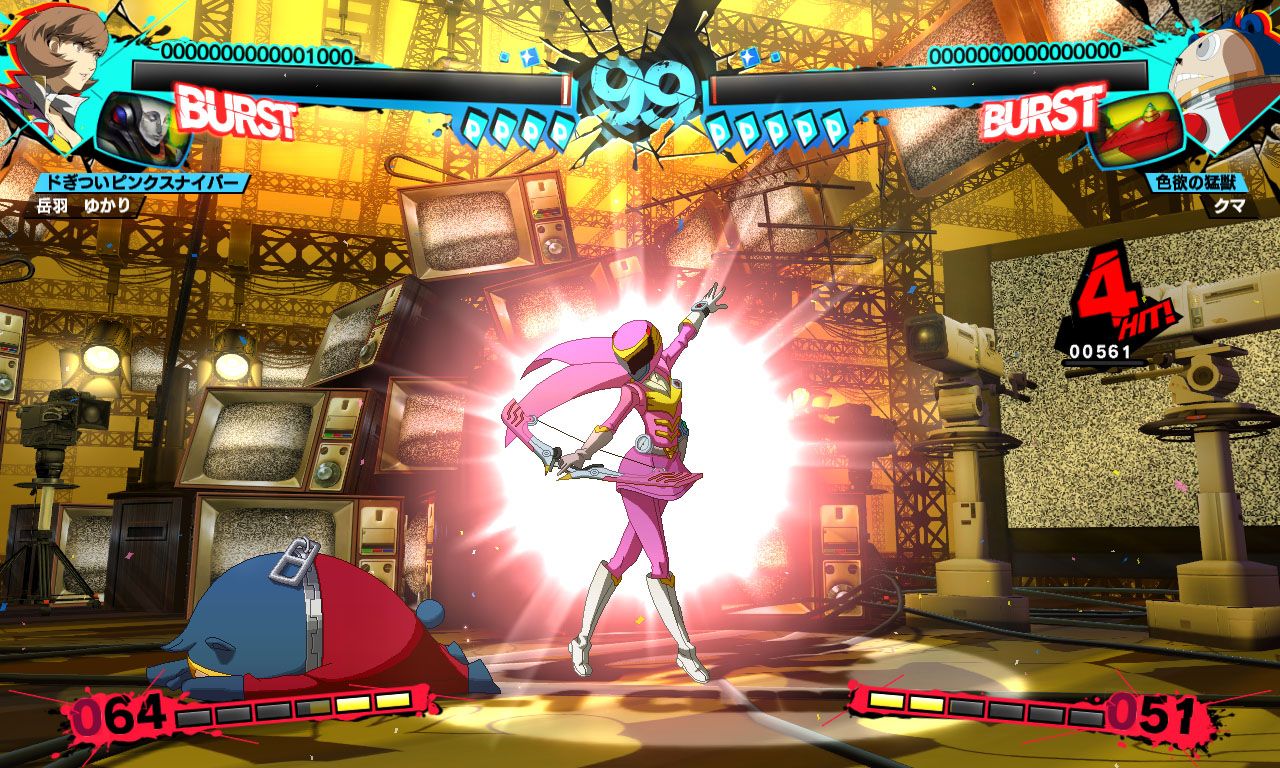 Maybe you’re not here for the fighting though. Maybe, like me, you’re here for Persona. On that front, returns are mixed. The roster is fantastic and each of the characters come loaded with the personality of the base games. It has that major advantage over other, similar fighting games in that we’re bringing the love of the characters into the game, so they don’t really need to work for it. There is a touch of complacency on show – we get 30 different variants of each fighter and Persona, but they’re all just palette swaps instead of new outfits. Since the only serious demographic here is Persona 4 fans, more could be done in the name of fan service.

As for the actual story, the only word I have to describe it is ‘weird’, and not in the usual, strangely compelling Persona sense. It’s less that the nature of the story is weird (if anything it feels a tad undercooked, but serviceable), and more the presentation of it. The narrative is offered up in a succession of segmented cutscenes, and by ‘cutscenes’ I mean ‘2D figures read out text on the screen’. It has voice acting, which is something, but it doesn’t particularly sell the story to you the way we know Persona can. It’s not even as if it plays out like a movie, since there’s no action, just screen after screen of text akin to other spin-offs like Dancing All Night. 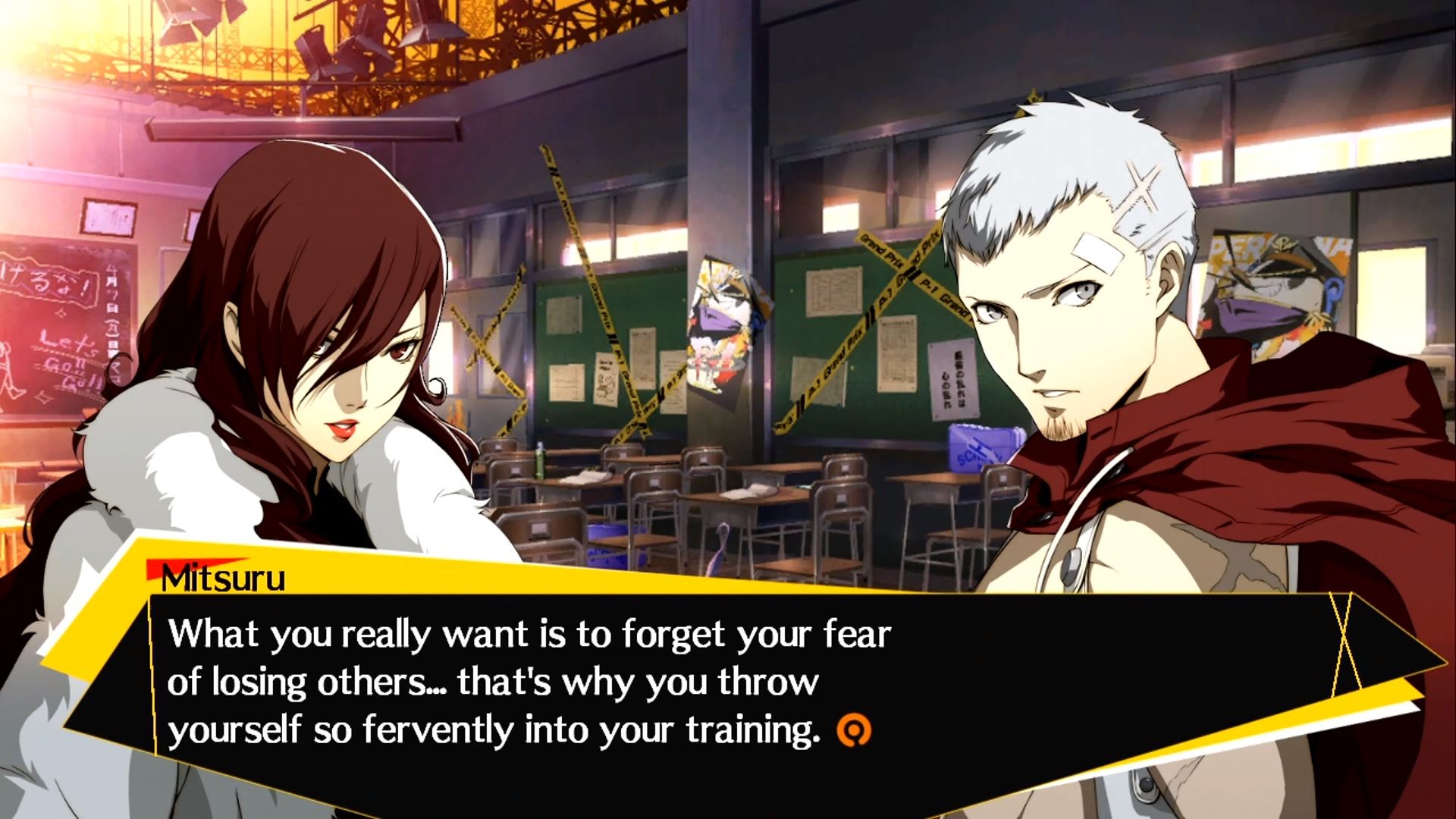 P4AU makes you the passenger in the story, until it doesn’t. Occasionally, after bouts of 45 minutes statically watching still characters talk at you, you’ll be thrown into a fight. It’s a fighting game, so that can’t be too large a complaint, but the random way in which it tosses you into fights disrupts whatever flow the narrative has created. You can set these fights to ‘auto’ so the computer fights itself, but the breakneck speed at which both characters move then only highlights your own ineptitude at the game. At least, it did for me.

Ultimately, Persona 4 Arena Ultimax doesn’t seem to quite know who it’s for. It should be aimed at Persona fans, but the steep learning curve and lack of fan service elements lean away from that idea. As a fighting game, it doesn’t seem that compelling either, and asks for heavy investment in a story that’s relatively light on gameplay. It will find some fans, but it doesn’t look likely to pick up many outsiders. But hey, at least it has rollback netcode now.