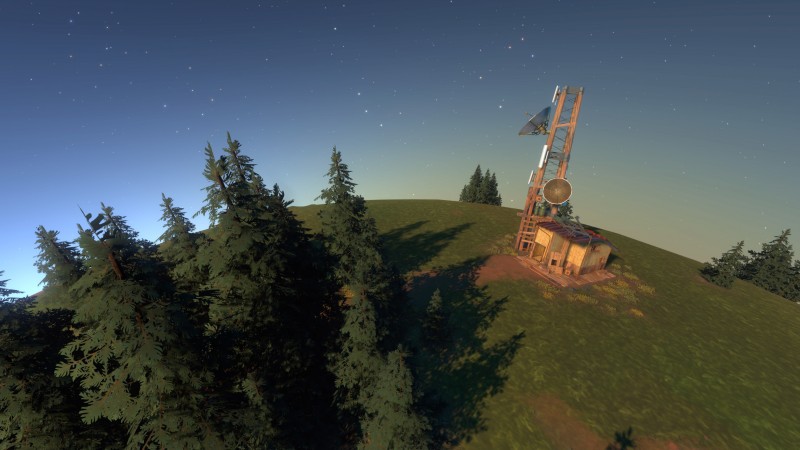 2021 has been an impressive year for time loops. Titles like Deathloop, 12 Minutes, Returnal, and The Forgotten City have all shown us what it’s like to be trapped in a Groundhogs Day-like cycle – to varying degrees of success. However, one of the best time loop games I’ve ever played came out in 2019. That title was Outer Wilds, and its new expansion is the perfect reminder of what made that sci-fi adventure so charming and memorable.

Mobius Digital’s debut title threw players into the role of an alien astronaut tasked with exploring the universe and charting their place among the stars. However, every 22 minutes, the sun goes supernova – sending our intrepid explorer back through the quantum continuum, forcing you to relive the day over and over (and over) again. To escape this cycle, you must get to the heart of an ancient alien mystery, undercover the secrets of a long-buried space station, and discover why your sun keeps exploding.

Outer Wilds’ world building is incredibly engaging, and its high concept themes create a vibrant narrative. Several times, I felt like a true explorer uncovering the secrets of the universe. These revelations are extra powerful because you are free to make discoveries at your own pace. Outer Wilds does very little handholding. You uncover notes and important lore details scattered across the solar system, and it’s up to you to put all the pieces together to solve the greater mystery.

Returning players should notice a new museum exhibit inside the observatory on Timber Hearth. This exhibit talks about a state-of-the-art satellite used to map the solar system. After visiting the satellite, I discovered that this massive camera had recorded evidence of a dark anomaly in one corner of the galaxy. Pulling on this thread quickly unraveled my understanding of the Outer Wilds galaxy and before long I was playing cosmic archeologist on an artificial habitat in a dark corner of the galaxy.

Like the base game, you should experience Echoes of the Eye’s revelations firsthand. I don’t want to spoil too much, so I recommend you stop reading here and play the game yourself. However, if you like a good tease, Echoes of the Eye features a previously unknown alien race, complete with their own history, culture, and language. This race built a Halo-like ringworld that has remained hidden from the rest of the universe for eons. As you explore this station, you begin to piece together what happened to this society and what role they played in Outer Wilds’ larger narrative.

Some of the puzzles in Echoes of the Eye explore the use of light. Certain doors are only opened if you shine a light on them in specific ways. Meanwhile, boat-like devices can be controlled by shining a flashlight into the glowing green orbs on the side of their hull. I was particularly excited every time I discovered futuristic photo projector-like devices. These slideshows share the history of the people who built this station and wordlessly tell a compelling new tale.

I’m only a few hours into Echoes of the Eye, but I can already tell it’s worth the price of admission. My favorite moments from the base game revolved around exploring the tiny solar system and learning about its history. I marveled over the massive water world covered in tornados and watched in awe as a black hole tore apart a planet from the inside out. Echoes of the Eye is full of its own awe-inspiring sights. I loved hunting around the Halo world for new clues and solving environmental puzzles to uncover hidden doors. Every loop holds the promise of discovery; every time I accidentally drowned in a flood or crashed my ship into the side of a planet, I started up a new loop wide-eyed and ready for another adventure.

Echoes of the Eye releases today for PlayStation 4, Xbox One, and PC. Since this is an expansion, you do need to own the Outer Wilds to play, but it will only set you back $15. Also, it’s more great Outer Wilds’ content, so if you love the original, this is a no-brainer. Watch us play the opening minutes in our recent New Gameplay Today.