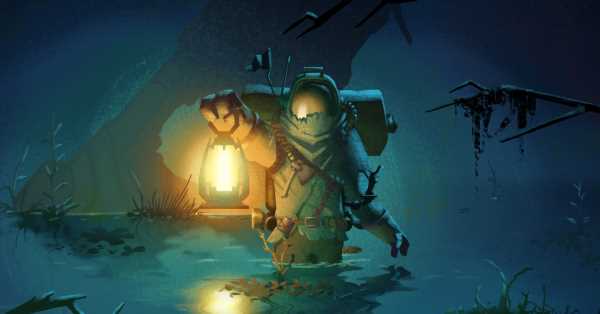 The introduction to Outer Wilds: Echoes of the Eye is Hall of Fame worthy, so comically hidden that players could complete the entirety of Outer Wilds without knowing they’d missed the entirety of its expansion. Once found, the reveal is unforgettable and worth the hour or more of head scratching required to find the proverbial front door. Its creators apparently agree; they managed to conceal the entirety of what the DLC is from its marketing campaign. I admire that choice while wondering if the ambiguity’s been detrimental to calling attention to this gem in an already crowded market.

So, I’m going to do something unusual. I’m going to convince you to try this masterpiece without ever explaining what it is. Think of it as the critical equivalent of watching an eclipse: You’ll see the shape of the thing, but we’ll never look directly into the sun. I’ll follow up with a full-spoiler review in the coming week, but for now, here’s why you should be excited about one of 2021’s best games.

Outer Wilds: Echoes of the Eye has been marketed as a downloadable expansion to the original game, Polygon’s 2019 Game of the Year. But by practically every measure, Echoes of the Eye is a sequel. It’s nearly as long as its predecessor, plopping the player in a similarly massive and disorienting setting. The creators tell a new story, arguably darker and more mysterious than the first. And the game can be played without uncovering a single secret in the original Outer Wilds.

The only reason Echoes of the Eye isn’t a true sequel, as far as I can tell, is because you can’t experience its many wonders without finding the game within the original’s universe. When I say “find the game,” I mean that literally.

Here’s the closest I’ll come to spoiling Echoes of the Eye, though really I’m just providing a map to reaching it. There’s a new note in the museum on the planet where Outer Wilds begins. The note points you to a radio station. That radio station, a few photographs, and a number will get you where you’re going.

How I learned to love Outer Wilds’ time loop

What if you never spotted that note? Or bothered to visit the radio station? Like I said up top, you’d straight-up miss the game. Despite Echoes of the Eye being inside the same universe as Outer Wilds, reaching its “space” within outer space is more abstract than simply pointing your spaceship in the right direction.

And once you do get inside Echoes of the Eye, these twists keep coming, like the game is a busted gumball machine and it can’t stop dispensing treat after treat. Even after five hours, having seen what I believed was the entirety of what there is to see, I sat down at a fire pit, took a breather, and discovered I had overlooked yet another separate world, within the world, within the world of Outer Wilds.

Does it sound like I’m on MDMA? I hope so — that’s how I felt playing Echoes of the Eye.

To keep my promise, I’ll leave it at that. Outer Wilds: Echoes of the Eye is a masterpiece living within another masterpiece. As a sequel, it’s brilliant. And if you take the two games together, as one single video game, then Outer Wilds deserves its space near the top of any list enumerating the greatest games of all time. If you want to argue with me, I suppose you’ll have to try it for yourself.

Outer Wilds: Echoes of the Eye was released Sept. 28 on PlayStation 4, Windows PC, and Xbox One. The game was reviewed on PC using a pre-release download code provided by Mobius Digital. Vox Media has affiliate partnerships. These do not influence editorial content, though Vox Media may earn commissions for products purchased via affiliate links. You can find additional information about Polygon’s ethics policy here.