Or at least this should be the game for you. Even if you happen to be a fan of all three of those things, this probably won’t satisfy you. You’d think a game about anime waifus spouting rap slang would be enough to deserve your attention, but somehow Orangeblood is simultaneously too insane and too boring to make this concept work.

A Story That’s Somehow Both Bland And Insane 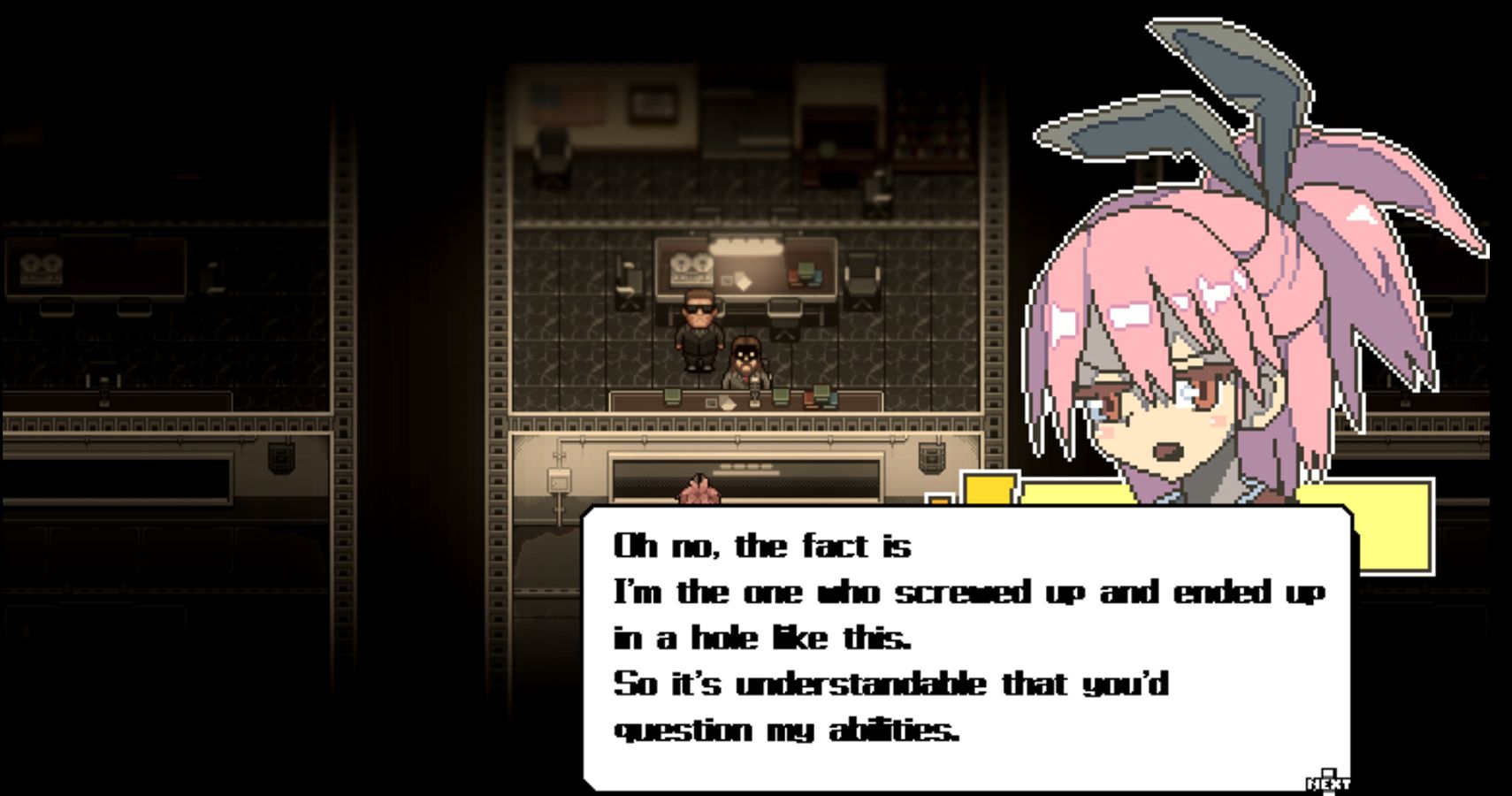 Orangeblood has a story. I couldn’t possibly tell you what it’s supposed to be, but there is a story. As far as I could decipher, you play as Vanilla, who appears to be some kind of secret agent/mercenary for hire/wannabe gangster who gets captured during one of her missions and has to do a favor for the CIA to earn her freedom. From there, you just start shooting people while swearing like a sailor and delivering pretty awful rap lyrics. It’s so bonkers that I should love it, but as weird as it is, it never becomes intriguing enough to make me care about what’s happening. I love a good convoluted narrative, but this is just an absolute mess with some truly unlikable characters. This is probably not helped by the bad translation, although even with perfect translation, I’m not sure this story would have worked. 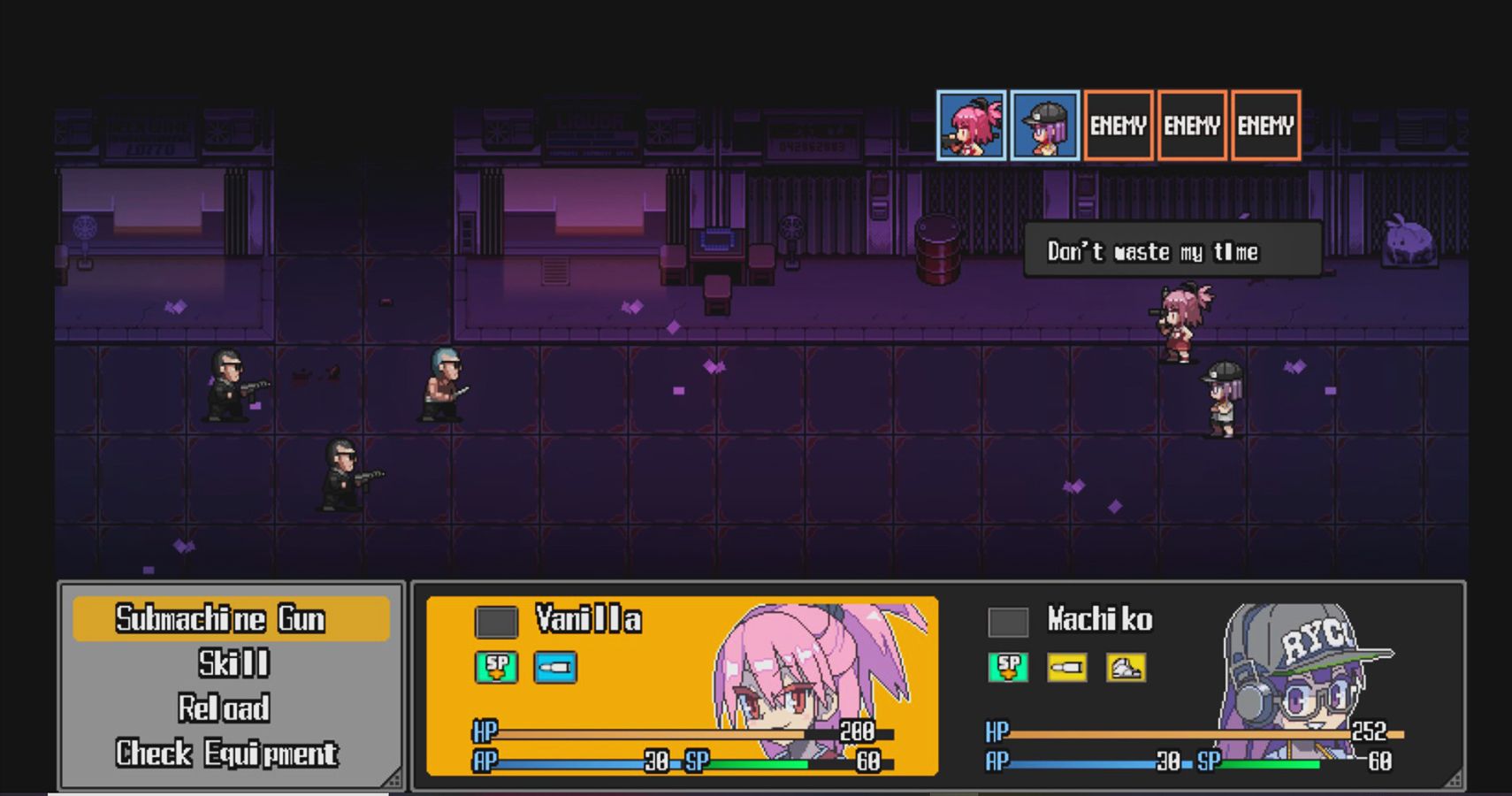 The gameplay is your standard turn-based classic RPG. I’m fairly certain this is an RPG Maker game because it feels like any other indie pseudo-retro RPG that’s come out in the last decade. Since these are a bunch of kawaii killers, their weapons of choice are a variety of firearms. Each of their guns has a limited amount of bullets, and if you run out of ammo you need to reload XCOM-style. You also have an array of powerful skills (that presumably pay the bills) that are essentially your magic spells, only they involve things like using a boombox to buff your pals.

There’s also a surprising amount of guns and gear to find scattered throughout the world. You almost get spoiled when it comes to loot, with a lot of weapons that play differently and have different status effects that they can inflict. Although hilariously, a lot of the gun names are so long that they trail off the screen, so I think the developers got a little too cute with their titles.

For RPG combat, Orangeblood is more competent than I would have expected, but exceeding my low expectations doesn’t mean we got the next Undertale on our hands here. You have the option to stun your opponent by shooting them before the battle begins. When you do that, you start with more skill points and some of these skills are so overpowered that they basically end the fight right away. So, the game devolves into just spamming the same skills over and over eliminating the challenge, and with no challenge, it just starts to become tedious. The two worst things an RPG can be is repetitive and easy, which unfortunately describes Orangeblood pretty well.

A Lack Of Phat Rhymes Makes The Beats Sound Plain 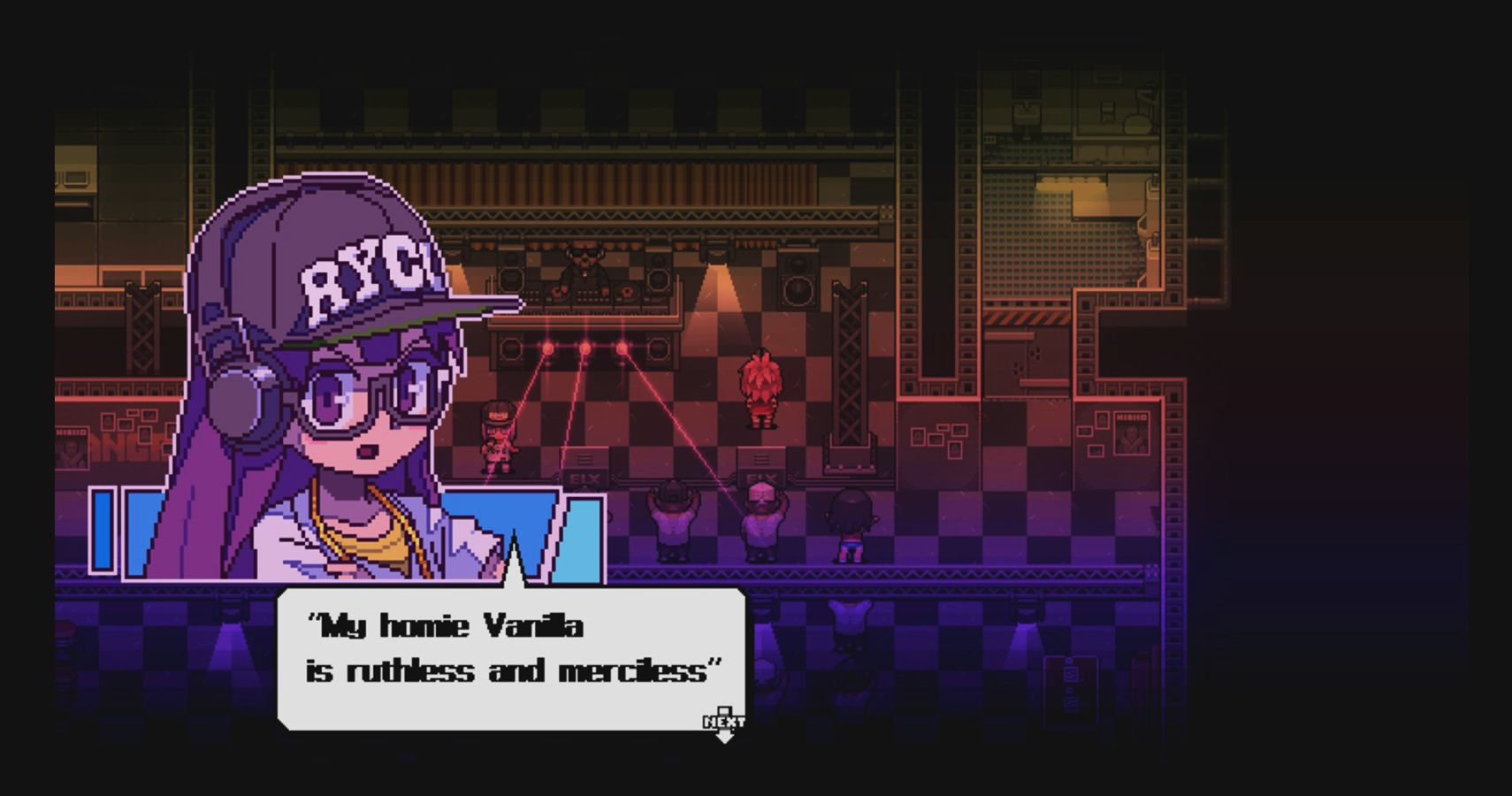 This is possibly the most trivial issue I’ve ever had with a game. This is supposed to be an RPG centered around old school 90s hip hop music. Tere are some decent to good songs on the soundtrack, but they’re missing the most vital ingredient: actual rapping.

The music is instrumental, and whenever some mad rhymes are being spat, it’s all done through text. How could you base your entire game around a genre of music and then not include the most important aspect of that genre? Final Fantasy 6’s opera scene is still fondly remembered despite the lack of singing, but that was back on the Super Nintendo. Having to read the lyrics to these songs just doesn’t work. I understand that there were probably financial and technical reasons behind not being able to include vocals, but with a genre like hip-hop, it feels so empty not hearing these lyrics being performed. Especially since they would have been performed by anime girls, and that would have been worth the price of admission alone. 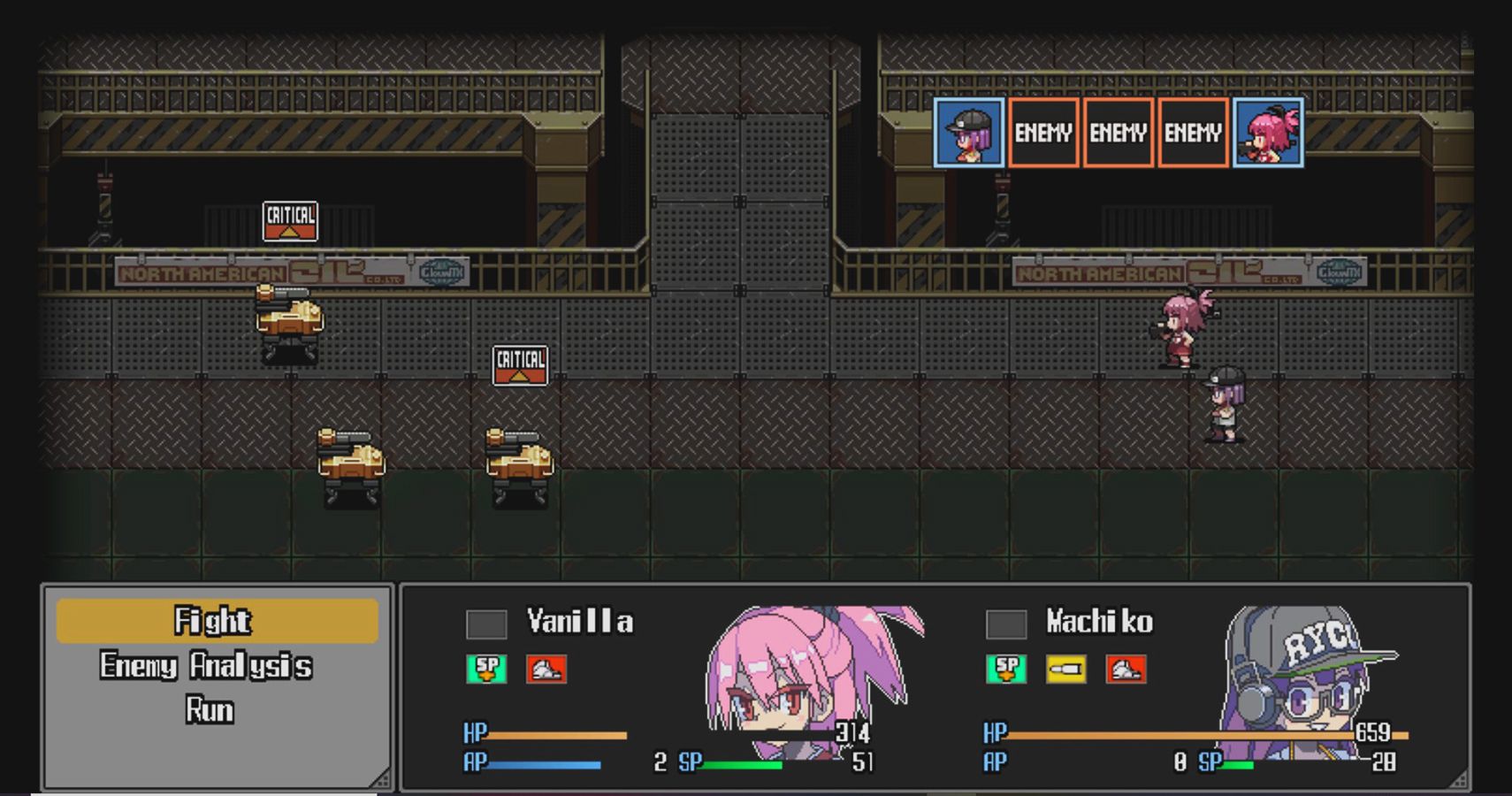 When I first heard about this game I thought it sounded so crazy that it had to be amazing. Waifus with cotton candy-colored hair firing sub-machine guns and dropping f-bombs to gangster rap? How could that fail? Yet, somehow despite having the most absurd premise a game could have, Orangeblood is utterly forgettable. It feels like multiple other indie games that have attempted to invoke the nostalgia of 16-bit RPGs, and it simply doesn’t look or play differently enough to stand out from the crowd.

The makers of Orangeblood gave me a game where anime girls travel in flying low-riders and blast Russian mafia thugs with shotguns and somehow managed to bore me to tears. Now that is truly whack.

A PC copy of Orangeblood was provided to TheGamer for this review. Orangeblood is currently available on PC.