Nintendo achieved something special with Super Mario Odyssey. Both familiar and new, Odyssey was an incredible Mario experience. Every world is notable, but we’ll be digging deep into the game’s final mission: Bowers’s Moon Wedding.

A Grand Journey To The End 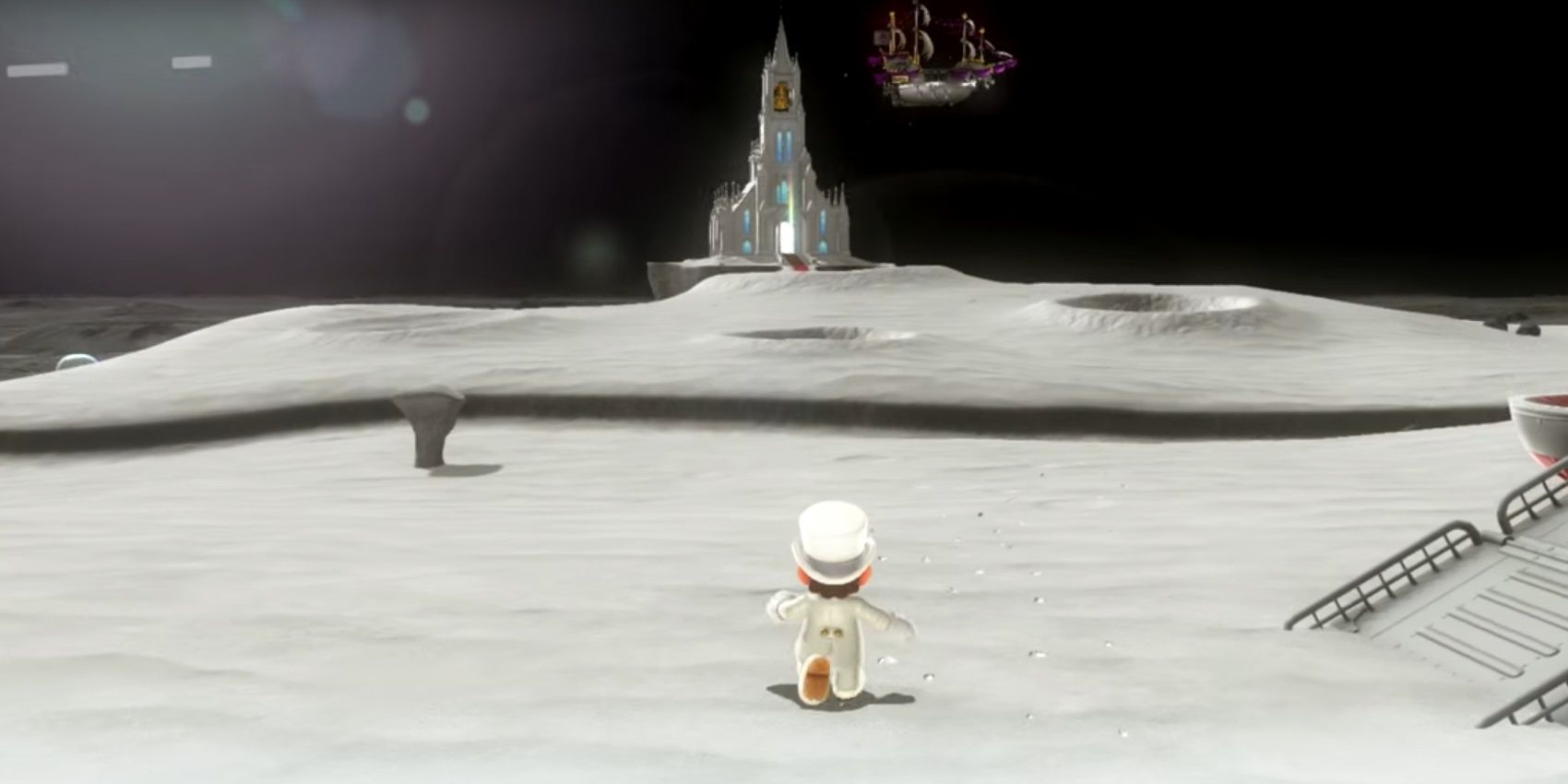 Bowser’s Moon Wedding begins upon setting foot on the Moon Kingdom. This isn’t the first time Mario has gone to outer space in the series, but being in space has never felt more real. This is due to the moon’s design, seeing the Earth in the distance, and the gravity. As the ominous bell rings in the distance, I know there’s a wedding to crash. Keeping to the main story path, Mario goes into a hole leading to the Underground Moon Caverns.

The Underground Moon Caverns is a fantastic level leading to the main event. Like the rest of the game, the caverns make excellent use of the Cap Throw. Mario captures a flying Dry Bones to traverse the fiery lake. In another section, Mario uses the Hammer Bros. to break blocks in front of a moving platform. The final part is another battle with Madame Broodal. After beating her, Mario re-enters the top of the moon, and comes to the chapel.

The Wedding Hall is utterly beautiful with its pure white aesthetic. Upon breaking down the inner doors, Mario sees Bowser and Peach fighting over a giant ring. Characters from Mario’s travels are there as guests. As Mario confronts Bowser, the Koopa king sends the hero onto a battlefield and the final showdown commences. Beating Bowser with the final barrage of punches isn’t the end, though. What happens next is really what makes Bowser’s Moon Wedding a supremely incredible climax. 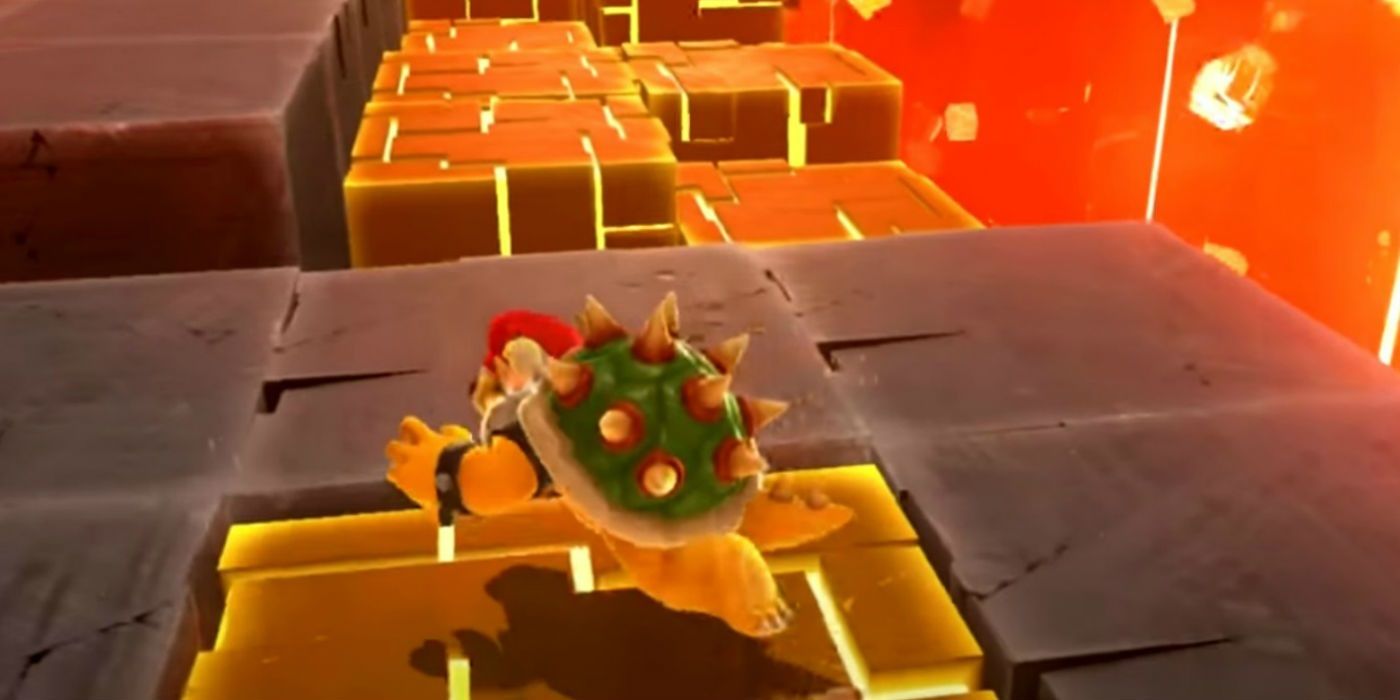 Mario, Peach, and Bowser fall deep into the moon caverns. The whole place is collapsing, and the characters need to escape like it’s the end of a Metroid game. Here, I’m trying to figure out how to proceed. I randomly press Y until Cappy hits Bowser – now hat-less. Unexpectedly, Mario takes control of his arch-nemesis. Now, Mario is strong enough to carry Peach while breaking blocks as the area around them collapses. In the final section, Mario has to break four pillars to get to a large Moon Rock. Upon breaking it, Mario and Peach ride a spark pylon to safety. 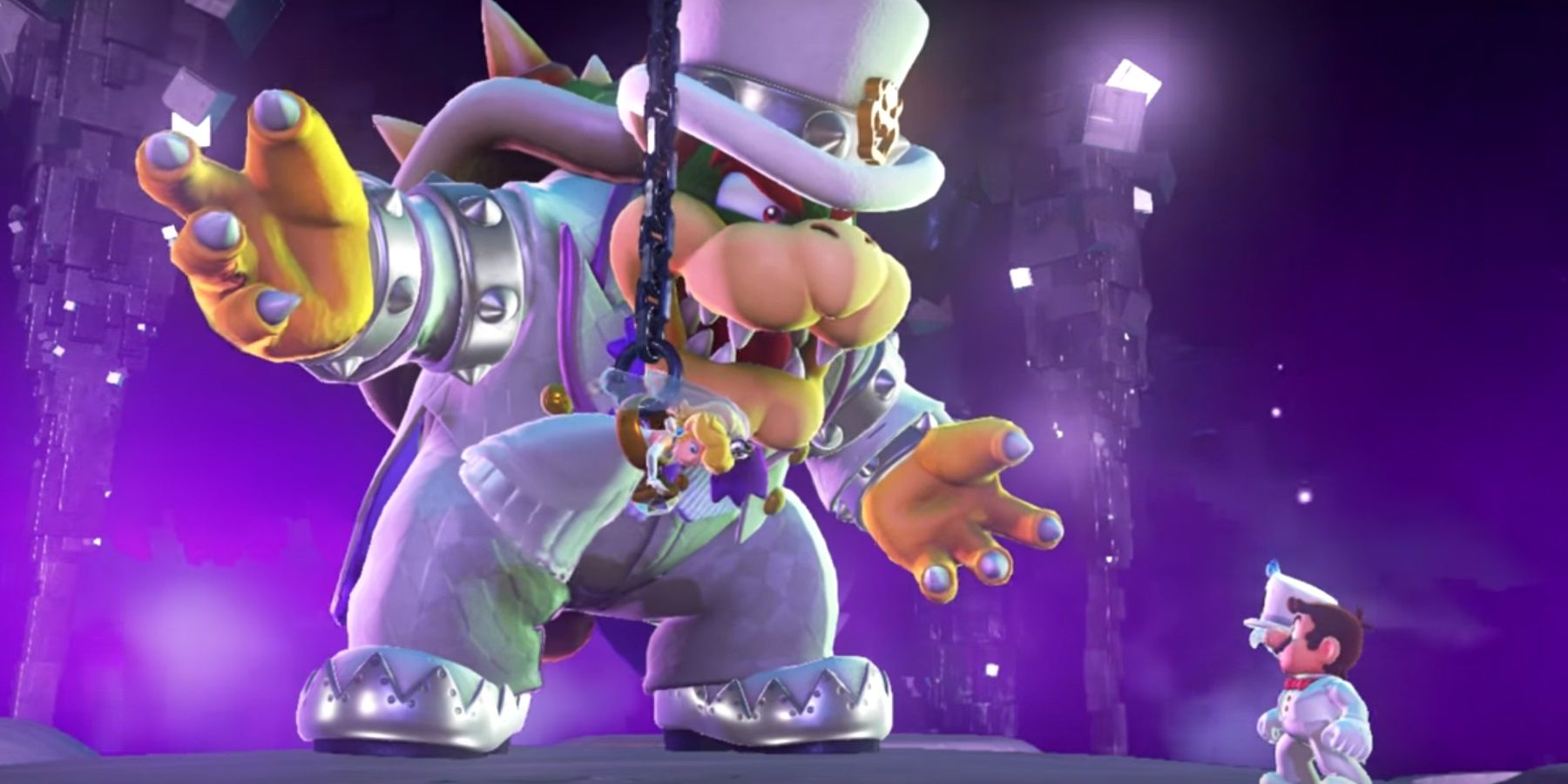 I don’t know about you, but I am personally invested in the Mario series. I love the characters, especially the unexplored relationship between Mario and Peach. What Super Mario Odyssey managed to accomplish in Bowser’s Moon Wedding is impressive. The chapel bell sound effect and visuals of the Moon Kingdom prepared me for the greatest climax in the series since Super Mario Galaxy. Mario was also dressed for the occasion in a classy white tuxedo. This climax was what the game had been building to since the opening cutscene. The dynamic between Mario, Peach, and Bowser was finally coming to a head in fantastic dramatic fashion.

It’s the final escape that continues to stick with me. I’ve been with Mario for many years now, so to see Nintendo pay tribute to the series gives me goosebumps. Upon capturing Bowser, I’m treated to images of the previous battles against the villain, from Super Mario Bros., to Super Mario 64. The actual escape isn’t too complex, but that’s fine. The overall simplicity of breaking through blocks while controlling Bowser is a lot of fun. Also, there is an 8-bit sequence where I get to control Bowser’s original look for the first time, complete with fireballs.

The final section is something I’ll always hold special. This is when the soundtrack transitions to Break Free, Lead the Way, sung by the fabulous Kate Higgins. My jaw dropped to the floor as this song’s lyrics started to play. As Mario breaks the four pillars, the song rages on in the background. I interpret it as celebrating the love Mario and Peach have for each other. If the Mario series ended right here, it would be the perfect closure. 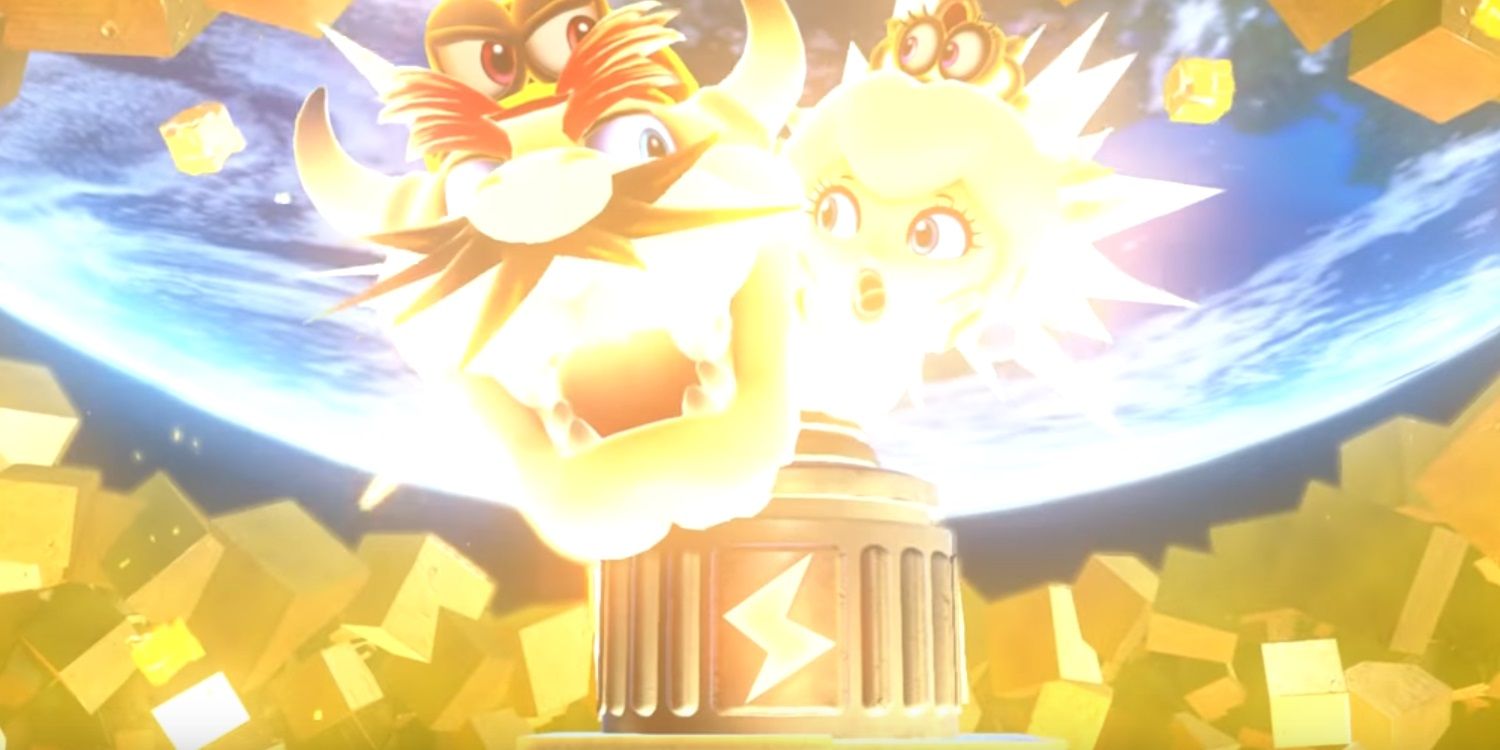 Sadly, the game’s ending does not do the climax justice, opting for comedy instead of building upon what just took place. It’s a true shame. But, Bowser’s Moon Wedding is nonetheless an achievement, something that will stick with me on a personal level forever.