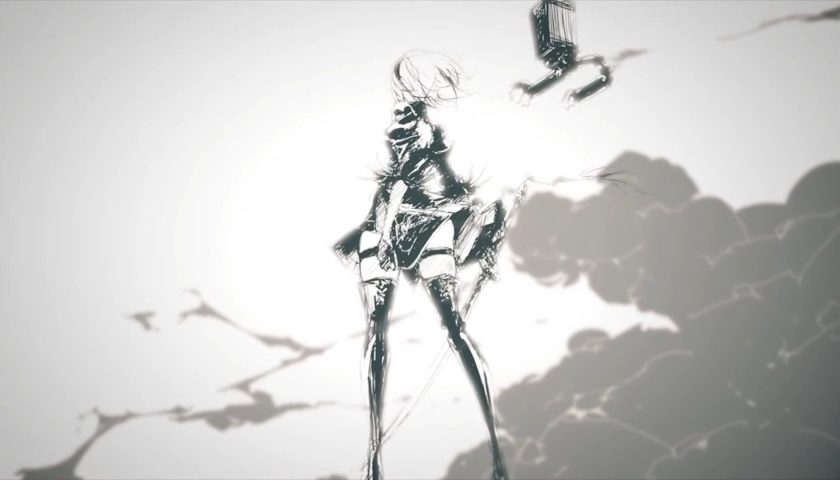 Nier Automata is one of my favourite games ever, but I’d be a fool to say it was flawless. Yoko Taro’s masterpiece is visually inconsistent, requires a lot of patience to reach its finest moments and leans into gratuitous fanservice a little too much for its own good. I’m a hardcore supporter of 2B’s thighs and other such assets, but can only justify their relevance to the plot for so long before I’m accidentally buying a body pillow off ebay.

2B’s excellent arc is frequently undermined by creepy butt shots and camera angles that are more than happy to paint her as a sexual object and little else. Taro in the past has tried to justify exactly why some of his characters are dressed like this, but it often boils down to girls being very pretty and worth admiring over anything thematically worthwhile. The androids in Automata are dressed in a way that would prove appealing to their deceased human overlords, and they do look fabulous, but it isn’t enough to pull away from an aesthetic that is distracting in the worst possible way. Horny is good, but there’s a time and a place for it.

Yoko Taro is otherwise an exceptional storyteller and continues to produce games unlike anything else in the medium, and I imagine he’ll also have some input on the anime adaptation for Nier Automata. Announced during the recent anniversary stream, this upcoming show is helmed by Aniplex and will see the return of characters like 2B, 9S, A2, and several others alongside themes and locations prevalent to the game.

Given past projects like this, the anime will likely seek to retell the original story while simultaneously expanding upon it, touching on similar beats in a truncated form instead of aiming to tell an entirely original tale. I could be totally wrong, and I hope I am, but either way I hope that the Nier Automata anime doesn’t lean even further into the fan service that holds the game back in so many ways. It’s a medium that is home to some of the best and worst animation ever conceived. At one end is Studio Ghibli, while on the other sits Boku No Pico (pretty please don’t Google that one you will absolutely regret it) and there is rarely any middle ground.

I’ve never known a form of media that can be both emotionally poignant and utterly degenerate at the very same time, explaining why it long held a controversial reputation outside those who weren’t willing to dig a little deeper. Even after doing so there’s still a megaton of bullshit to deal with. I’m so used to seeing brilliant shows and groundbreaking films held down by unexpected nudity or cruel, crude jokes that have no reason to exist. Perhaps it’s a cultural divide, or market research dictates that boobs and butts must be present, or the viewer will find themselves lost. 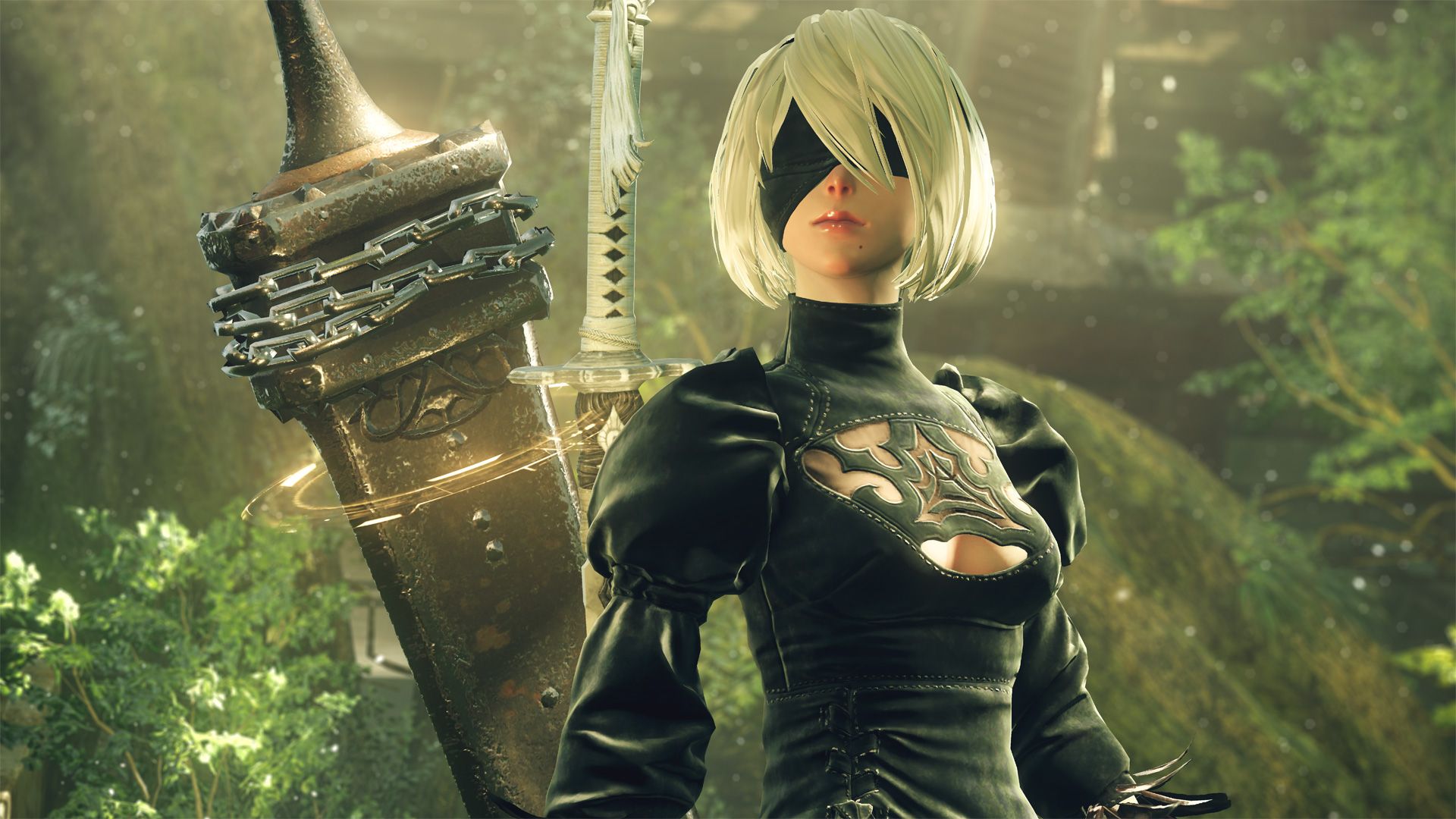 There’s also the growing market of Blu-rays, figures, and merchandise which encourage the production of cute characters that fans will cling onto, labelling them as waifus and husbandos that will outlive the cultural impact of whatever happened to spawn them. Having been to Tokyo a couple of times, there is a massive market for these things, with an entire industry arguably dependent on it. Throw enough anime girls at the wall until something sticks, and when it does you’re in the money. Weeaboo capitalism at its finest.

2B and her fellow androids have had the same impact, with endless merchandise being produced because their designs are undeniably compelling. Fans love them, people remember them, and Square Enix would be foolish not to leverage that popularity into merchandise that has proven to fly off the shelves time and time again. Looking forward to the anime, everything we love about these characters will undoubtedly be recreated with the utmost clarity, or depicted in a way that existing fans will be familiar with. I can’t imagine it’s being approached to appease newcomers, Automata’s audience is ingrained enough now that millions will tune into this show no matter what. 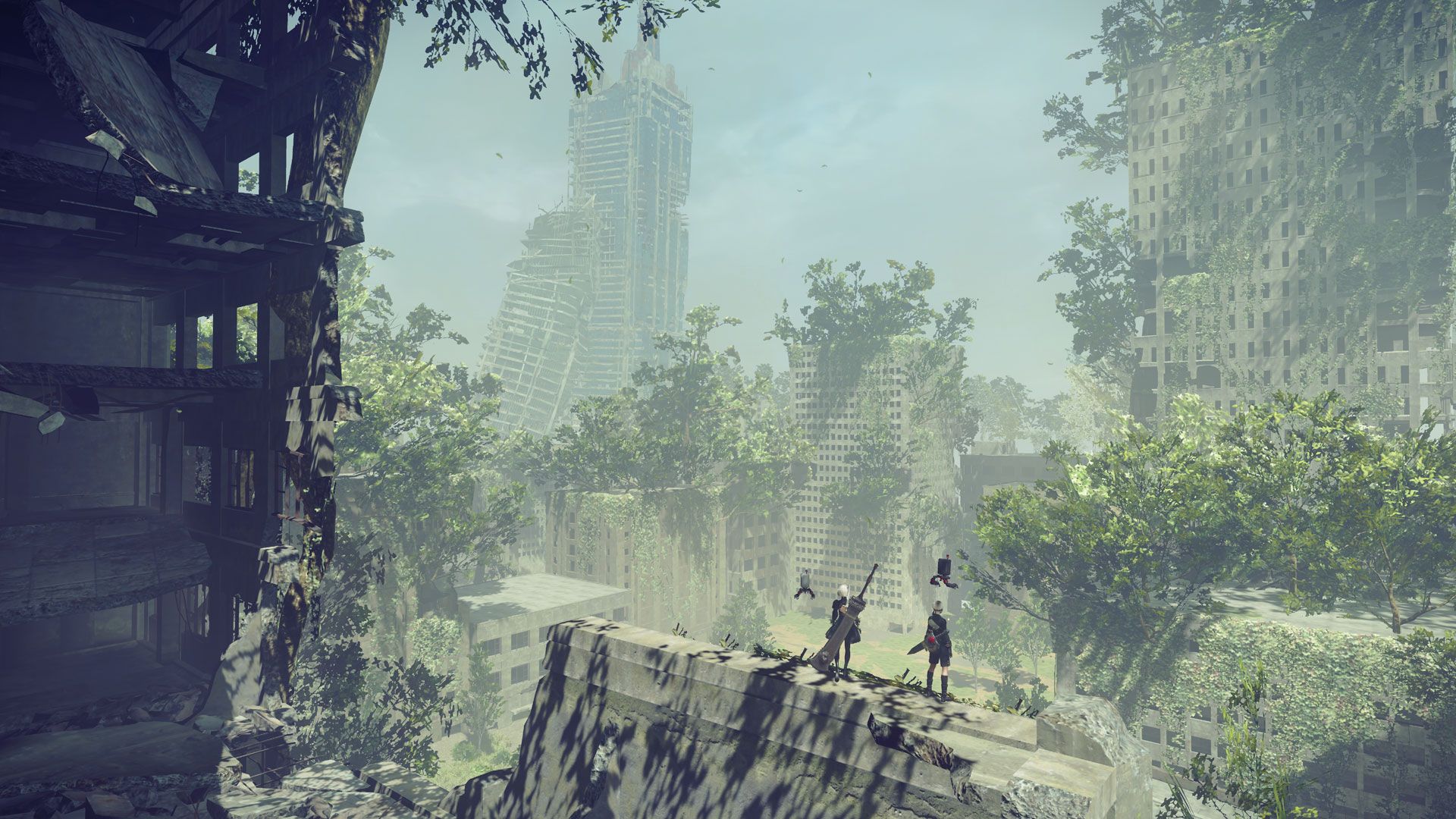 Part of me hopes that the stronger narrative moments and action scenes aren’t overshadowed by an increased focus on panty shots and thicc thighs purely because the anime can be curated to focus on those qualities alone. We’ll have to wait and see, but I can’t help but feel that Nier Automata would be equally strong even if it left these things behind. 2B’s design is iconic, but that doesn’t mean it isn’t juvenile.