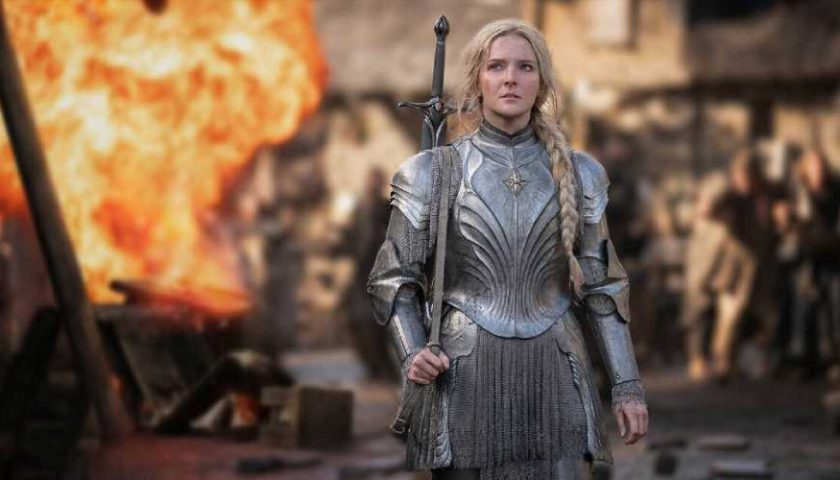 We know very little about The Lord of the Rings: The Rings of Power, so any information feels like a bombshell to fantasy fans who await the series with bated breath. A recent interview in Vanity Fair, however, gives us more information about the Amazon-produced series than we’ve ever had before.

The interview seems pretty dense at first, as the showmakers deftly dodge any lines of questioning that would give too much away, but there’s a few key tidbits we can take away. The first is the reassurement that the series will be safe for children to watch, as fans had previously latched onto a casting call that required nudity, and were worried that the show would follow in the gratuitously sexual and violent footsteps of Game of Thrones. Writer Patrick McKay was quick to dispel this, saying that his aim was, “to make a show for everyone, for kids who are 11, 12, and 13, even though sometimes they might have to pull the blanket up over their eyes if it’s a little too scary.”

However, there is clearly a Thrones influence on The Rings of Power, whether the writers admit it or not. “Their series will juggle 22 stars and multiple story lines,” write Anthony Breznican and Joanna Robinson. The early Westerosi series nailed this politicking vibe, but none have been able to replicate it since. And does such a slow burn series work for the Lord of the Rings? The Peter Jackson and Philippa Boyens films practically sprinted through the books, hurdling whole characters and storylines: the iconic (if divisive) trilogy was as much a labour of editing as it was of love. 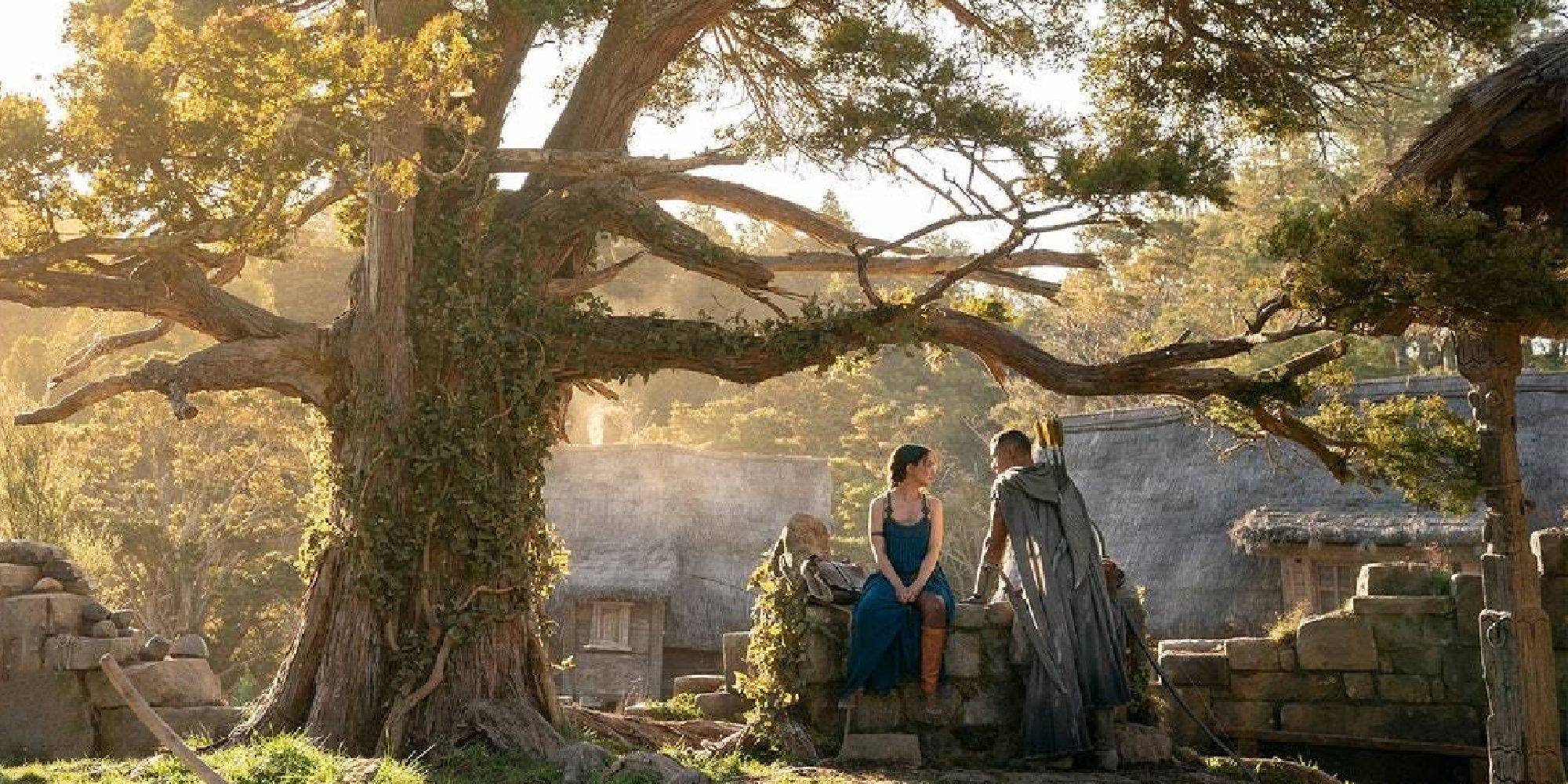 If the Thrones-esque storylines will be difficult to manage, the restraint that the producers need to maintain will be even harder. Due to the fact that this series is based on so few of Tolkien’s actual words – Amazon has the rights to The Lord of the Rings and The Appendices, where the events of the Second Age were broadly outlined over 150 pages – there are a lot of blanks to fill. The Rings of Power is adding new characters and likely involving the Harfoots (Harfeet!) – early predecessors to Hobbits – and new stories undoubtedly come with these additions. The Vanity Fair article points out Amazon-original characters Arondir and Bronwyn will have a Beren and Luthien-esque human/elf forbidden relationship, which will have to tread carefully to not cheapen the parallel love stories present in The Lord of the Rings and The Silmarillion.

However, adding to the canon is not necessarily a bad thing. While it was canonically devastating to have the elves arrive at Helm’s Deep, for casual fans it was quite cool. As much as avid readers hate that scene, we can keep the canon separate from the adaptations. This should be even easier when the events are not so accurately and in-depthly described by Tolkien, who intentionally left gaps for others to fill.

I draw your attention to Letter 131 published by the Tolkien Estate, which was sent from Professor Tolkien to editor and advisor Milton Waldman. It expressed Tolkien’s original intention with The Hobbit and the wider universe of Middle-earth: “I would draw some of the great tales in fullness, and leave many only placed in the scheme, and sketched. The cycles should be linked to a majestic whole, and yet leave scope for other minds and hands, wielding paint and music and drama.” 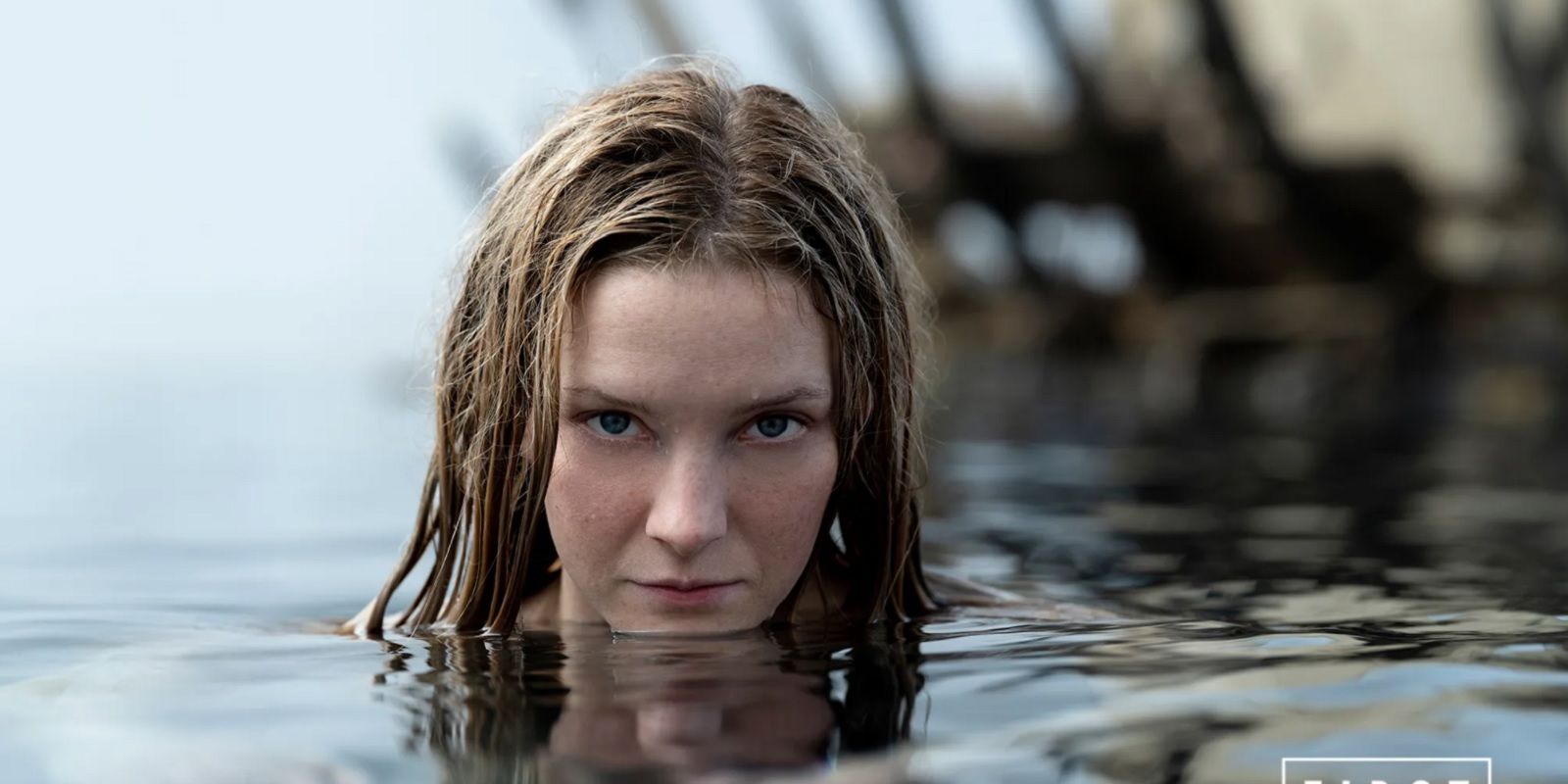 So rather than worrying about whether the series will stay in its lane and keep to the 150 pages of source material – which it definitely won’t – we should focus on whether Amazon is adding to the “majestic whole” of the Lord of the Rings.

The photos published by Vanity Fair, annoyingly, show things could go either way. Take the three images of Galadriel, for example. The featured image of the article, of Welsh actress Morfydd Clark rising from the water as Galadriel, looks fantastic. She looks angry, like a Galadriel ready to defend her people. The shot of her in armour is the opposite, despite being more explicitly war-like. Her armour looks cool, but having her walk away from an explosion attempting to be badass makes it feel like Amazon is trying too hard. It’s like the scene in the final series of Game of Thrones, where Danaerys stands and dragon wings unfurl behind her. It’s a shot for the trailers and the promos, and only serves to break my immersion and make my eyes roll out of my skull. 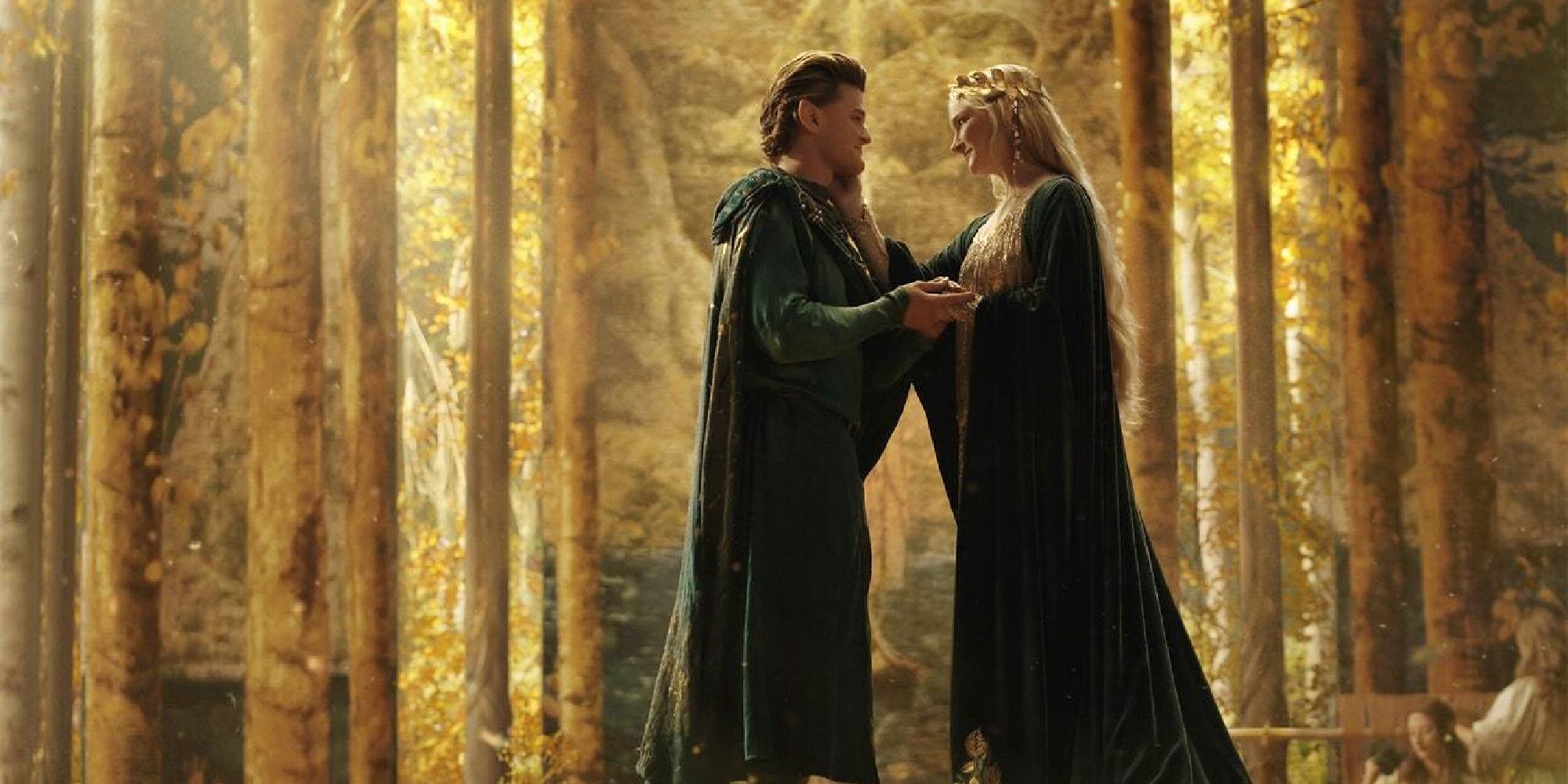 The armour itself is being hotly debated as well, as it appears to be branded with the eight-pointed star, the sigil of Fëanor. I’m going to go out on a limb and say that it’s unlikely that Amazon has forced Galadriel to switch allegiances to that of her sworn enemy – it is keenly aware of the backlash it would receive and the viewers it would lose by bastardising the canon so. It’s likely the studio is following in the footsteps of Jackson and Boyens, who simplified the sigil of Minas Tirith to make it easier for audiences to parse when it’s on screen for fractions of a second. This could be the sigil of the house of Finarfin, to which Galadriel belongs, or it could just be a flourish.

For the most part, the photos seem too clean. Jackson and Boyens’ trilogy, like it or not, has persevered because it is rooted in reality, it has a feeling of being grounded. The opposite is precisely why I didn’t like Amazon’s Wheel of Time series – although that has little bearing on the vibe or success of The Rings of Power. Compare the new photos to the first shots Vanity Fair released of The Lord of the Rings and the difference is clear. 20 years have passed since then, but the initial photos give more of a sterile, The Hobbit-esque feeling, which is definitely not what fans are looking for. 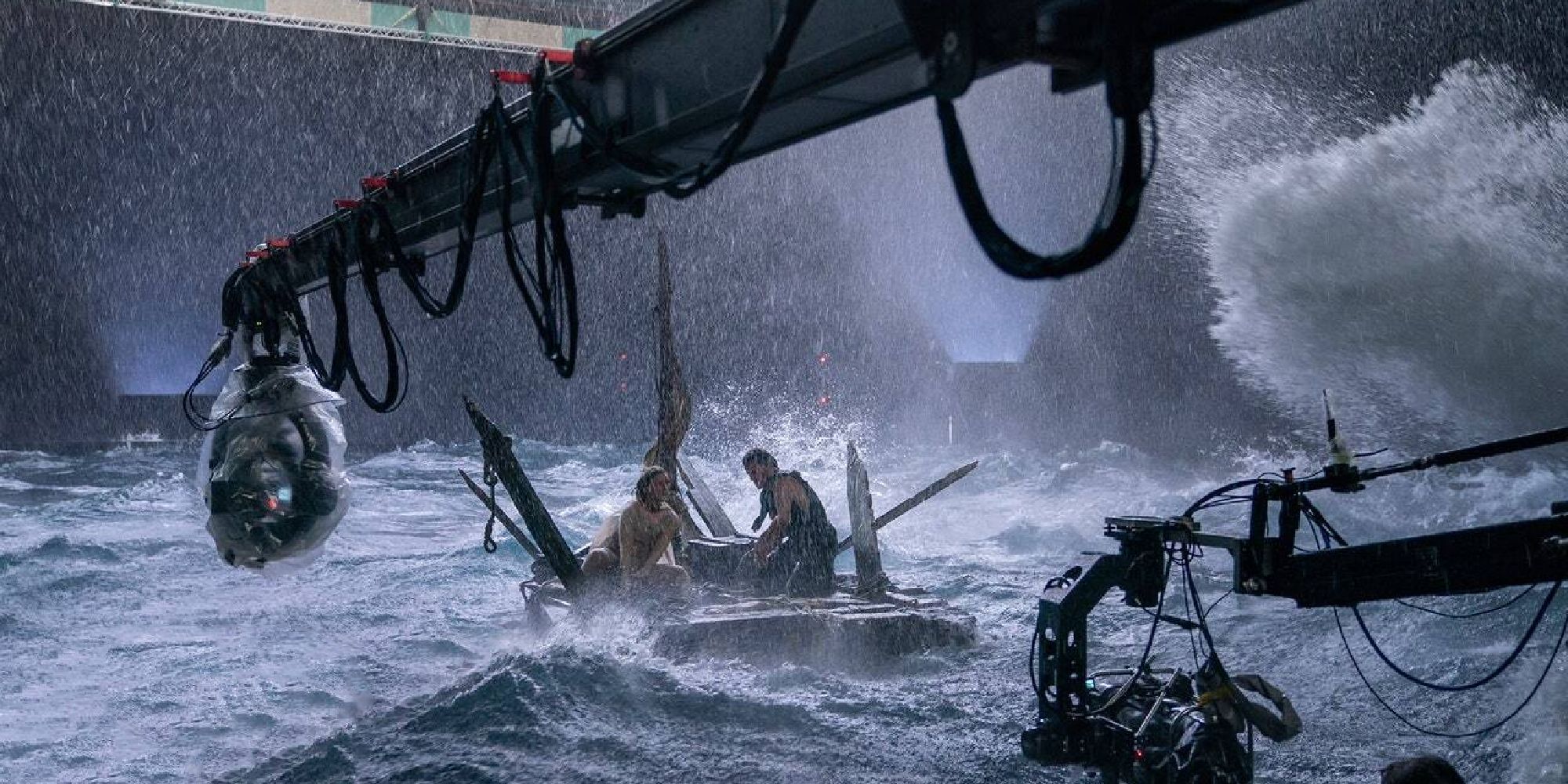 The photo that gives me most hope for the series, however, is the third photo of Galadriel. This isn’t a staged shot that will go on a poster or billboard, this is an on-set snap. It shows the Ñoldor Galadriel on a raft in stormy seas, accompanied by non-canonical character Halbrand, who is confirmed to be human. But it’s not what is being portrayed that gives me hope, it’s how. The majority of this shot appears to be practical effects rather than CGI added in post – the title sequence is the same, suggesting the show will rely on practical heavily across the series.

I subscribe to the school of thought that practical effects are the best way to create believable scenes, and that CGI should only be used to compliment – adding in a Cave Troll to the physical set of Balin’s Tomb – and overuse can be alienating and jarring to watch – Legolas swinging off a Mûmak or the entire trilogy of The Hobbit films. Grounding scenes in practical effects, even those that are difficult to shoot like the apparent aftermath of a shipwreck, gives me the most hope for The Lord of the Rings: The Rings of Power, and I can’t wait to see more.