Mortal Kombat 11 is familiar. I say that largely as a compliment. It’s nostalgic, pulpy, and mercifully self-aware. Combat is punchy, responsive, and engaging. It might be one of the best onboarding platforms for fighting game newcomers. Though it’s weighed down by a stifling stack of feature creep and currencies, the core of Mortal Kombat is thriving in its eleventh installment.

Mortal Kombat 11 is the resolution of the ongoing story threads stemming out from 2011’s Mortal Kombat, aka Mortal Kombat 9, which rebooted the franchise. In that game, Raiden altered the doomed timeline, which had ripple effects throughout the MK universe. Now, years later, as Raiden turns from peaceful defender to preemptive aggressor, Kronika, the keeper of time, has decided to step in and correct things with one simple change: a do-over of all history without Raiden.

Despite being above even the Elder Gods, Kronika still needs lackeys to do her bidding, so she opens tears in time to bring forward the cast of Mortal Kombat 2. All the retro characters get a splash of modern redesign while keeping their original vibe. The story takes pleasure in forcing its stars to interact across the generational gap. The mashup of past and present makes for fun moments between characters, and a lot of “wait, what?” takes as past fighters learn of what’s to come for them.

The tale excels with smaller moments, too. There are genuinely poignant story beats, like an early death of a character and Jax coping with lingering scars from his time as an evil revenant. Liu Kang and Raiden still drive the story, but Cassie Cage, Kitana, and Scorpion all have compelling threads to follow. NetherRealm has led the charge of storytelling in fighting games, and with a blend of campy fun, strong cutscene work, and seamless transitions into fights, MK11 keeps the bar high. And the performances rise to the occasion, with former UFC fighter and current WWE wrestler Ronda Rousey’s stint as Sonya Blade being the rare low point. 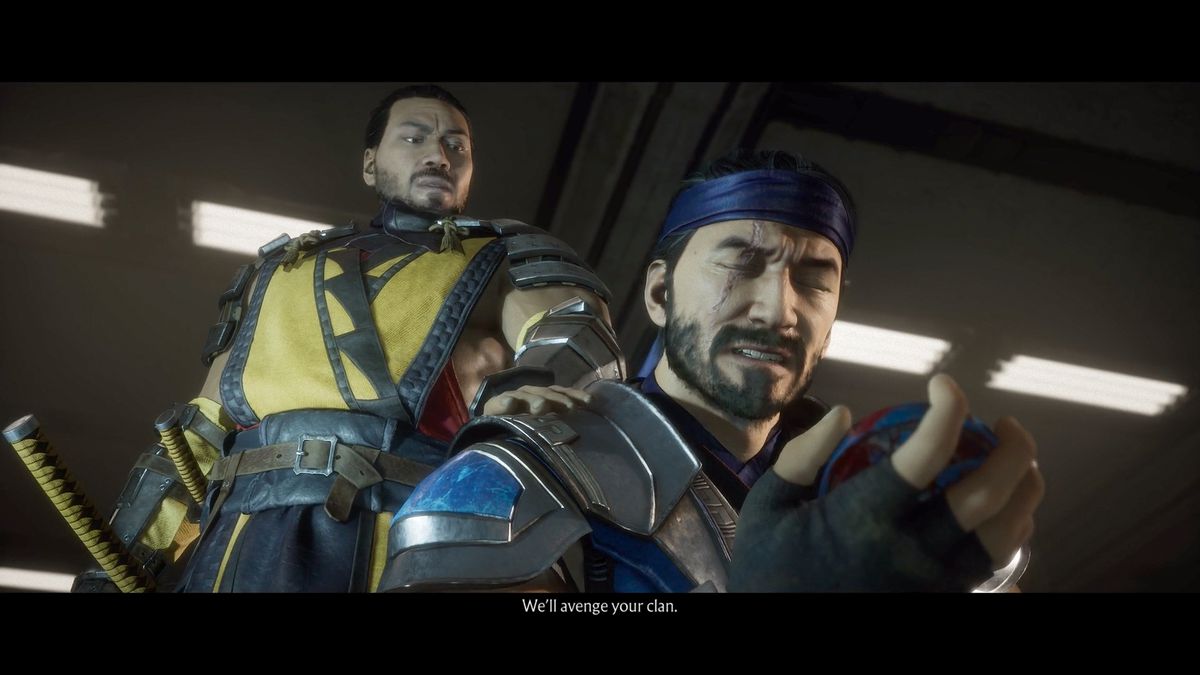 The fighting itself will feel familiar to anyone with Kombat experience. A lot of returning faces means fan favorites are here, with a few new folks to add some variety. Geras is a time-bending brawler who has some cool potential for timer-related antics, Cetrion brings some nature-based power, and the Kollector is so weird that I’m excited to see what players can do with his bizarre move list.

Joining them are longtime favorites like Liu Kang and Johnny Cage, in both their modern and retro versions. And of course returning are fatalities, arguably the trademark of Mortal Kombat. While Mortal Kombat X’s fatalities mostly varied from tediously gruesome to disturbing revelry, Mortal Kombat 11 brings back some of that early MK pulp spirit. Yes, there are still enough blood and guts to more than justify that M rating, but the kills feel more thematic and sometimes even comical. Cassie Cage crotch-kicks the spine out of foes, D’Vorah does some real body-horror finishers, and Jax makes good use of his robotic biceps. Johnny Cage’s finishers especially stand out, as each one manages to be both gruesome and fourth-wall-breaking, reminiscent of classic Mortal Kombat while still feeling modern.

Although every fighter has two default combat variations that act as “standard loadouts,” the general idea is that I can build a loadout that speaks to the way I prefer to play each particular character. I have three slots on each fighter to load up with different options — either different abilities or souped-up versions of existing ones — and thankfully, unlike in previous NetherRealm games, they are all available from the get-go.

Some of these moves are modifiers or additional abilities, only costing a single slot to activate. Other, more significant changes carry a greater cost; Geras’ ability to add or subtract time from the round timer, for example, takes multiple slots. Modifiers range from play style differentiators to the sometimes silly — a personal favorite is D’Vorah’s Mother Bug, which spawns a bug from her corpse when she loses in the final round for one last shot — but they all add a little bit of variety, though players can opt to fight in “kompetitive mode” using only tournament-standard loadouts if they prefer.

The traditional fighting game “super” meter has also been split into two bars, for offense and defense. Rather than managing a universal meter, you can amplify a special attack without worrying about losing any defensive options, which is pretty helpful for making decisions in the heat of the moment. Every fighter also has a fatal blow now, a one-time desperation attack that is available only below a certain health threshold, but is capable of doing some serious X-ray cutscene damage. Through all these changes, comebacks feel much more possible, and I felt much more in control of each match’s outcome. 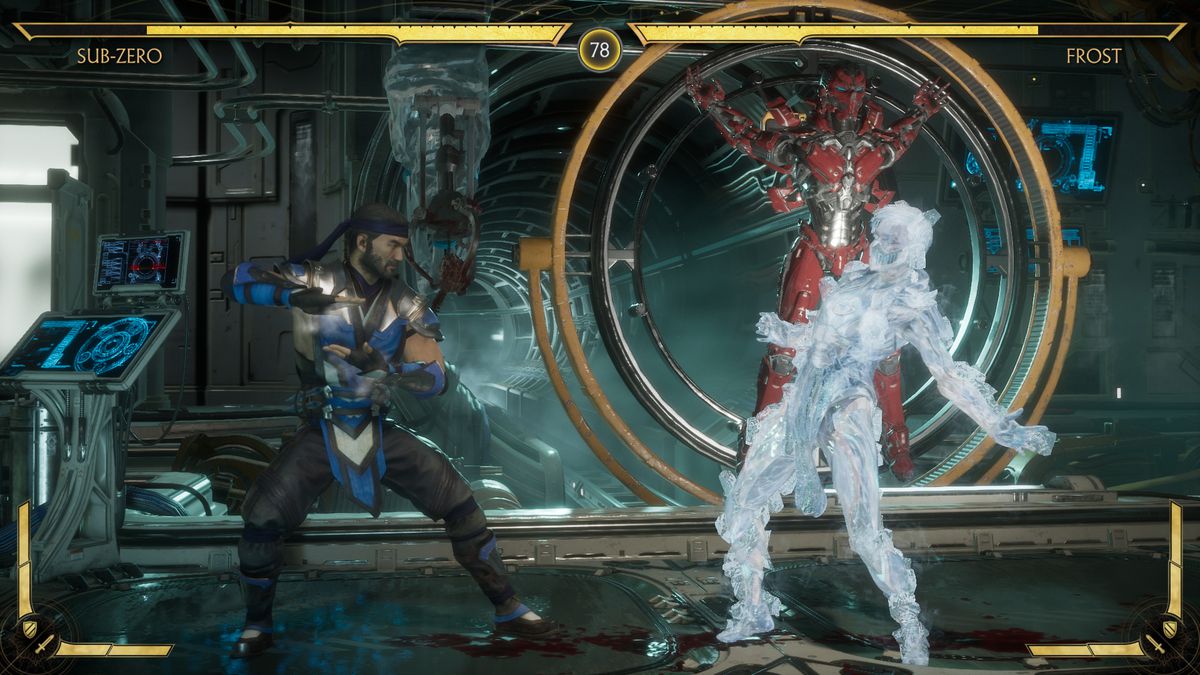 In motion, Mortal Kombat 11 is a blast. It’s still a combo-heavy beast, but the new systems emphasize the neutral game. Getting out of pressure or turning the tables on a confident opponent is much easier, and even without an optimized string of strikes, it was easy to get a grasp on what victory feels like in MK11. It helps that the game’s netcode seems fairly solid, as I was getting clean three- and four-bar matches, even on Wi-Fi, with very little discernible lag.

The best feeling in a fighting game is that surge of confidence when you find that perfect read of your opponent’s defense or manage to fight back from the brink. Mortal Kombat 11 make those moments seem achievable, even for folks who won’t be winning Evo anytime soon. It’s a real feat.

If any of those fighting game concepts sound intimidating, there is a resource to learn them in Mortal Kombat 11’s robust tutorials. The training mode is one of the best parts of the game, and one of the best fighting game tutorials I’ve played, on par with gems like that of Skullgirls. Starting from a basis of “this is the punch button,” the tutorials take players through basic gameplay mechanics and up into high-level concepts, plainly explaining things like frame traps in a way that’s tactile and comprehensible.

Even in the details, the tutorials have little touches that make them incredible learning tools. Visualizations of combos come with audible clicks to help master the rhythm of inputs, as well as follow-along controller prompts. At one point, the game tests whether you’ve learned hit-confirms by asking you to execute the safe startup of a combo but complete it only if the opponent doesn’t block it. Every fighter has their own breakdown, too; once you have a grasp of the game, you can tour the roster and get a feel for who fits you best.

Mortal Kombat 11 is a joy to play, so it’s a bummer that outside of multiplayer, story, and “klassic” towers, much of the longer-lasting single-player content is focused on gimmicks that detract from the rock-solid core. Towers of Time is the “living” single-player mode, constantly updated with new series of bouts to complete, but they often come with modifiers and conditions. One fighter might make the screen go dark when they land hits, or another might shock your character, leaving you with a charge that will take you out of a combo at random. Or your character might burn on contact, or have to fight multiple fighters in a tag-team match, or challenge boss versions of characters. 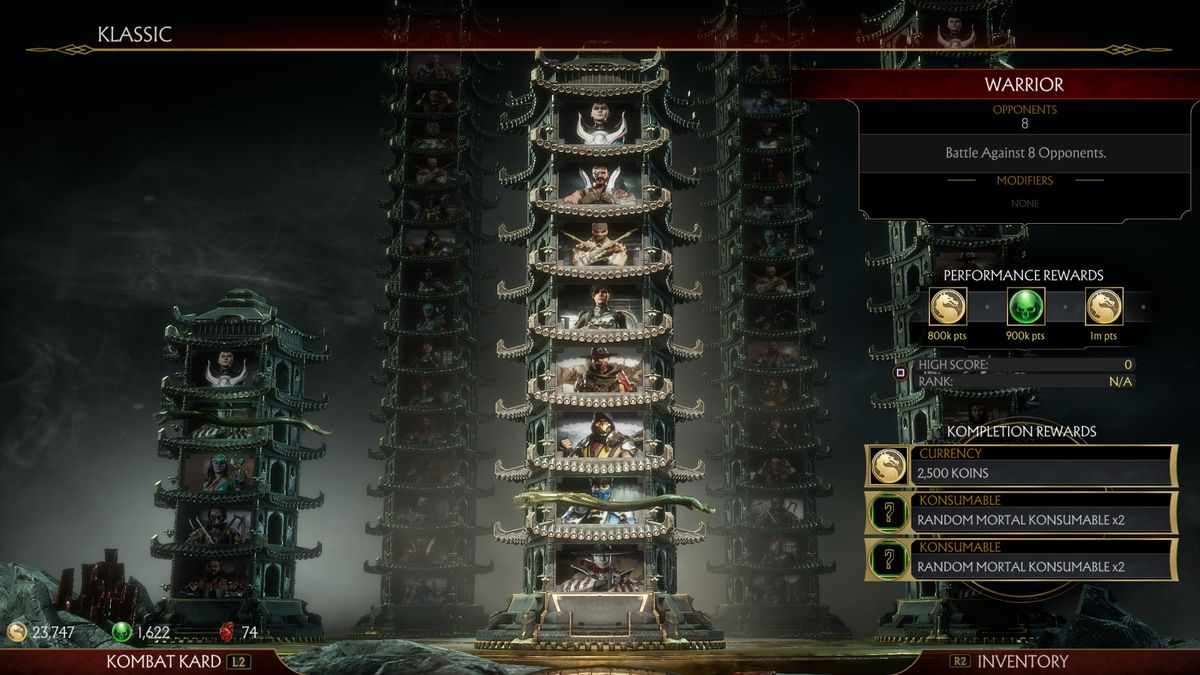 All of this serves to encourage the use of consumables, gained through play time and unlocking chests in the Krypt, to even the odds. While it’s fun to be able to call in Cyrax during a fight to back me up, it eventually becomes old, as it’s clear that towers are at least somewhat designed around the use of consumables, pushing players to feed into the cycle of currencies and unlocks.

There are three different currencies — koins, soul tokens, and hearts — and each accesses a different chest for items like skins, augments, concept art, and fatalities. Those items are only gained by completing Towers of Time or AI battles, or from the Krypt, which has received an impressive overhaul. Now a third-person, free-roaming tour of Shang Tsung’s island (narrated by actor Cary-Hiroyuki Tagawa, who portrayed the sorcerer in the seminal 1995 Mortal Kombat film), the Krypt is more enjoyable than it’s ever been. Hours in, I’m still working on unlocking new areas and deciphering certain puzzles, and I love all the little bits of lore scattered about the ruins. The one bummer is that the vast majority of chests are randomized, as it encourages players to “reroll” some chests with koins.

While I don’t mind fumbling around for art and a plethora of collectible AI fighter equipment, I’d like to be able to walk to a chest that I know contains that fatality or skin I’ve been saving for and ensure I get it. Time krystals, the last remaining currency, can be bought or earned through playing, and used to outright purchase certain offered cosmetics rather than finding them in their respective homes. But those purchases are limited to a daily stock, and with hundreds of skins and other cosmetics in the game, it adds to the randomness of Mortal Kombat 11’s unlocks. 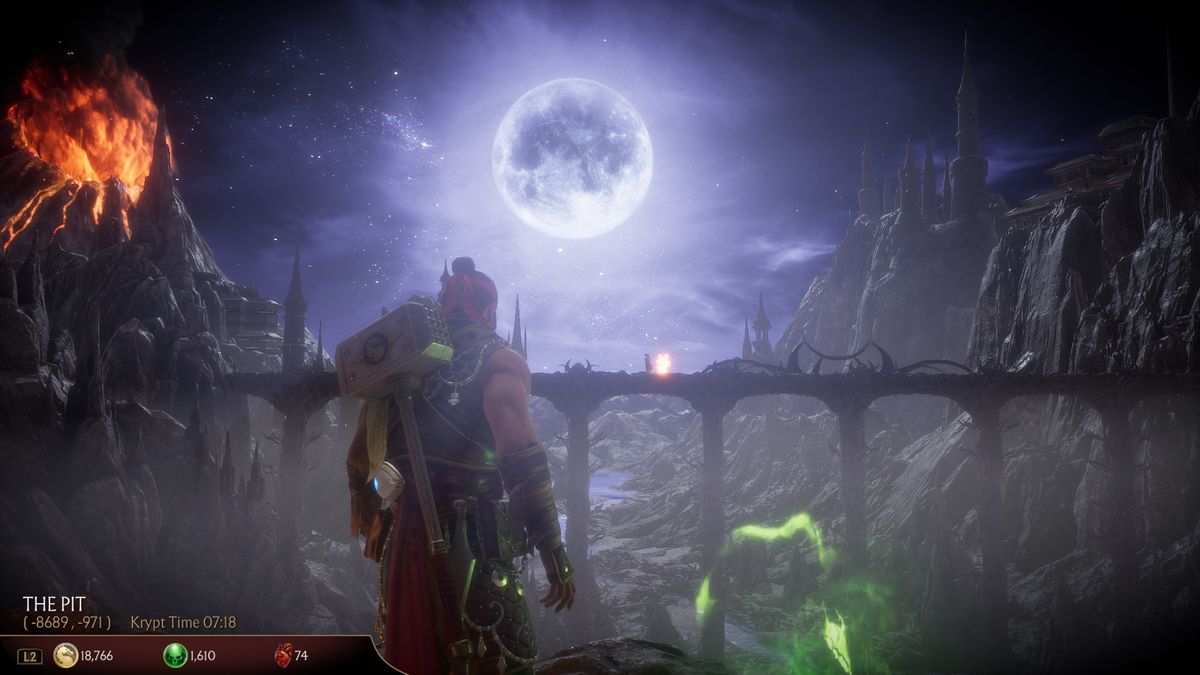 There are other systems too, like AI fighting, challenges, and tower leaderboards, but the cascade of modes made my eyes glaze over after a while. The enjoyment I glean from this game is in its campy but crafted storytelling, the stellar roster of fighters, and the combo-tastic carnage of combat. When the fighting is this good, everything that gets in the way of it starts to feel that much worse.

Whether you’re a longtime fan or just looking for a story mode to grind, or even just interested in learning a little more about fighting games outside of simply mashing the buttons, there is something for everyone in Mortal Kombat 11 — or at least, everyone who can stomach the extreme violence and gore. These games have often been the safest buy for casual fighting game aficionados, and NetherRealm has knowingly played to its strengths while making smart, effective changes.

Mortal Kombat 11 was released April 23 on Nintendo Switch, PlayStation 4, Windows PC, and Xbox One for $59.99. The game was reviewed on PS4 using a final “retail” download code provided by Warner Bros. Interactive Entertainment. You can find additional information about Polygon’s ethics policy here.