Over the past few years, medieval-themed melee games have been gaining popularity. The multiplayer-focused Mordhau struts onto a field crowded by titles like For Honor, Chivalry: Medieval Warfare, Warhammer: Vermintide 2, and Kingdom Come: Deliverance. With its intriguing combination of realistic combat and kooky physics-based chaos, Mordhau stands out among its peers and in the entire contemporary multiplayer landscape.

In Mordhau, combat is a grisly, amusing affair. Blades cleave limbs, clubs smash heads to pulp, arrows tear through eye sockets, catapult stones send bodies ragdolling through the air – you can even get on a horse and impale a foe by charging at them with a lance. You have to work to be the inflicting party for a lot of these moments, but every kill you deal feels like a small, bloody miracle. I sent a foe’s head flying off his body with a mighty swing, and I celebrated with a fist-pump and cheer. Some nice goofy opportunities are sprinkled among the gore for the good measure, like scoring a kill by bonking someone in the head with a pathetically tiny blacksmith hammer before playing your lute to mock their corpse. You can also trap someone on a ladder by building a small wooden fort around it and then setting them ablaze with a firebomb. The humor of these interactions helps give Mordhau its own sense of identity; among grim deaths, entertainment and chuckles prevail. Even when you’re on the losing side of a match, the doldrums of defeat are whisked away by the fantastic events happening around you that make you feel like you’re in the middle of a massive and lively battle as opposed to a small skirmish.

The multiplayer suite is composed of three modes: battle royale, horde, and frontline. Battle royale is absolutely what it sounds like, with 64 players roaming a map in search of weapons to kill one another until only one warrior is left standing. Horde has a group of players defending a fort and trying to survive against waves of enemy soldiers that grow increasingly powerful. With the player able to buy weapons and better armor between rounds, horde is essentially a medieval take on Call of Duty’s zombies mode. While both of these modes are fun enough, they’re ancillary, with frontline being where Mordhau shines.

Frontline pits two teams of 32 against each other as they vie for control points on a map. At the start of each round, you select a “class” but really, you’re just selecting weapon loadouts. A brigand, for example, carries a huge axe and two throwing axes, while a knight has a giant broadsword capable of cleaving foes in half.  Weapon selection is vital to your success on the battlefield.

Once you have your weapon in hand you quickly learn that the key to victory lies beyond slashing frantically and hoping for the best. Every weapon has different strengths and weaknesses that you have to learn by heart.  A polearm, for example, has a long reach but its vertical slash isn’t worth much, and the window of vulnerability after unleashing an attack is a long one. This means that if you aren’t precise and miss your foe entirely, you’ve just opened yourself up to a fatal blow, especially if you’re not wearing much armor.  Alongside the weapons’ strengths and weaknesses, you also have moves like feints and kicks to trick your enemies into attacking early or breaking their guard. It’s an intimidating system to learn, but one that can lead to dazzling displays once someone has mastered it. One of my favorite movements in Mordhau was watching in awe as another player took on three rushing enemy players on their own at the same time with a halberd, skillfully blocking, dodging, and slaying all of them within seconds. Of course, getting to that level can be a grind.

My first hour of Mordhau, even after its lengthy tutorial, was mostly filled with failure. I’d try going toe-to-toe with foes only to make a foolish mistake and pay with my life. However, after committing myself to one weapon instead of jumping from class to class in search of a magical fit, I improved rapidly. Learning how to time blows and parries, knowing when to dodge to the left of an attack and slash to deliver a decapitation, was quite satisfying. The transition from lowly fodder who can’t swing a sword to decent axeman racking up kills is exciting, and every increment of improvement is rewarded with spectacular displays of violence.

For all my enthusiasm for Mordhau’s combat, I wish the progression system was more interesting. You earn gold and equipment points as you go from rank to rank, earning XP from playing matches. With those two currencies, you buy various cosmetics as well as weapons and armor types in order to build a custom class for frontline. However, the cosmetics aren’t that impressive, with lots of leather pads and various dull suits of armors and making a custom class shouldn’t be an enticement but something the player is given off the bat so that they’re free to experiment without arbitrary restrictions. None of this is a significant deterrent considering Mordhau’s fun moment-to-moment action, but the lack of compelling rewards doesn’t provide much incentive to return after combat loses its luster.

Mordhau is not for those who want a multiplayer experience that’s easy to drop into and utterly destroy foes. However, the joy of mastering its challenging system as well as memorable moments of violent ballet make these engrossing battles unique. 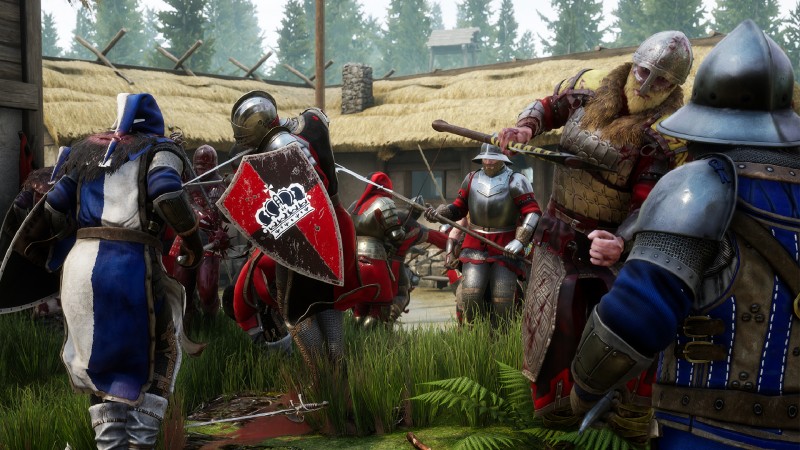 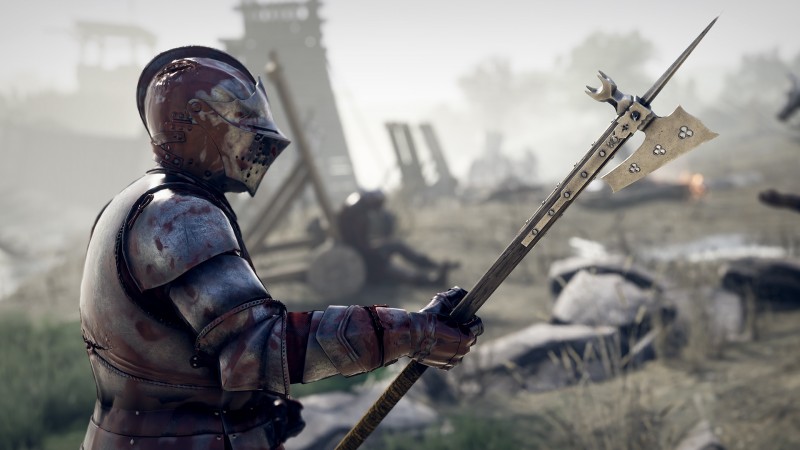 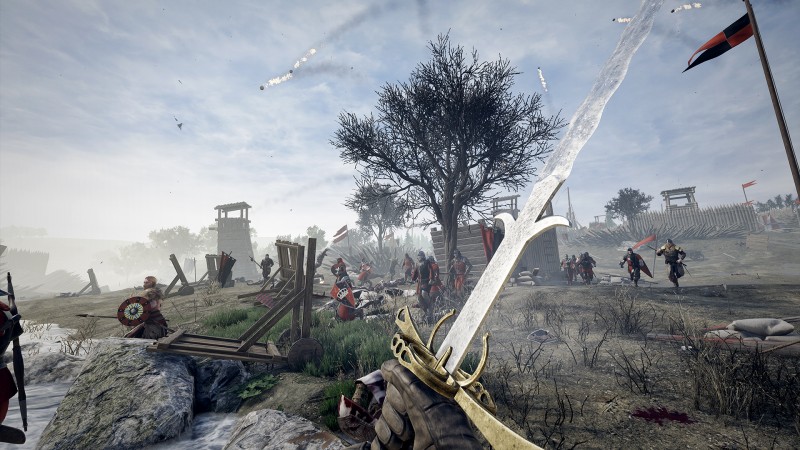 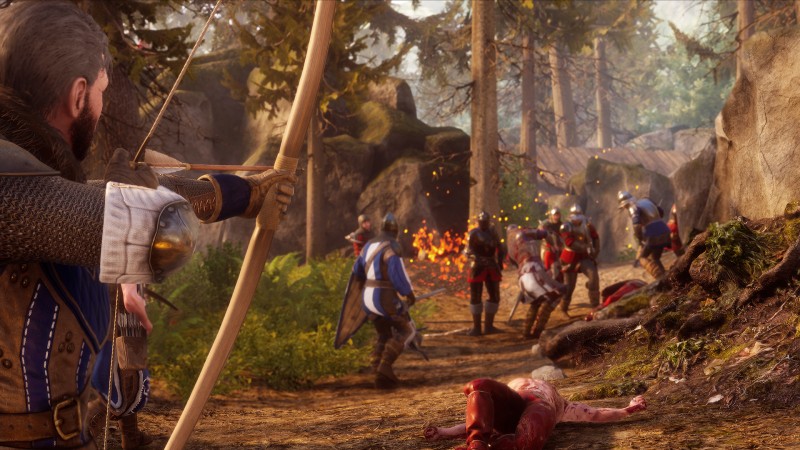 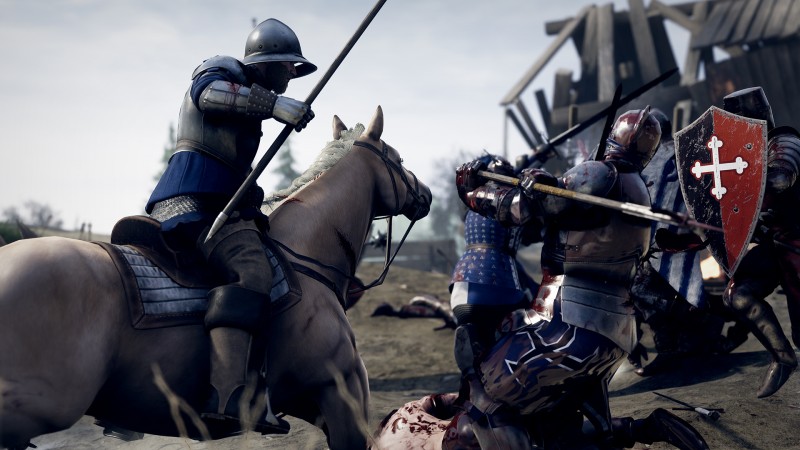 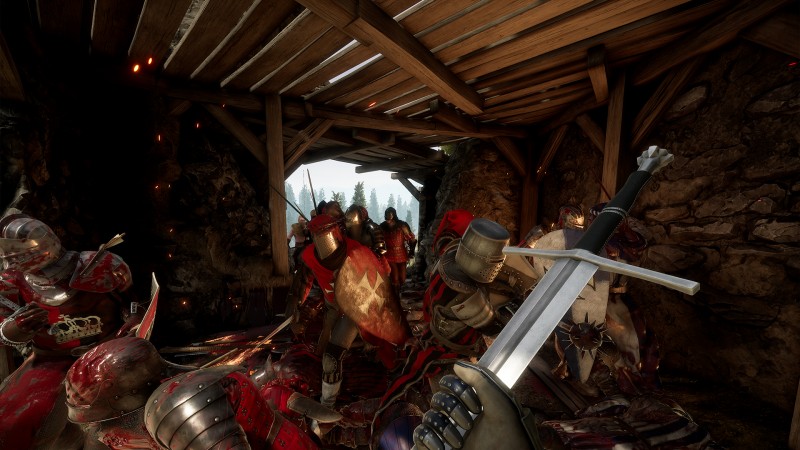 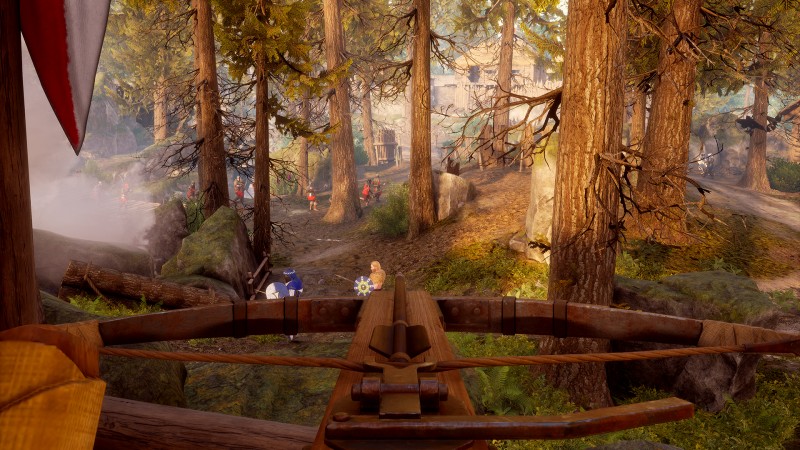 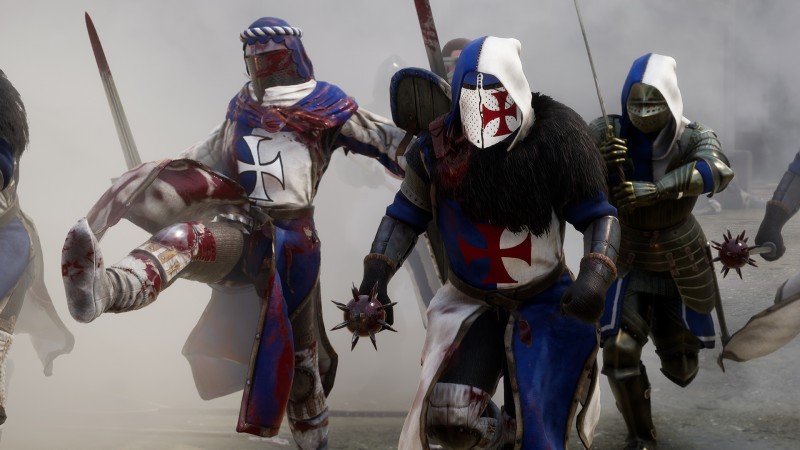