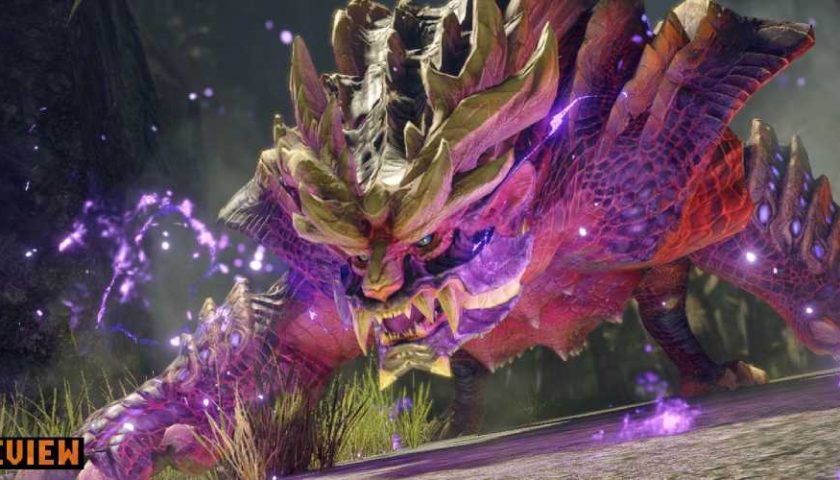 It’s been a long wait for the PC version of Monster Hunter Rise. As a huge fan of Monster Hunter World, I was surprised and disappointed when Rise launched as a Switch exclusive. MonHun is at its best when hunting with friends, but it’s hard to have a positive social experience with the Switch’s poor online experience and lack of in-game voice chat. Even when I did manage to get a group of friends together, the poor framerate and low resolution made it difficult to play. But now Rise is on PC in all of its 4K, ultra-wide, uncapped framerate glory. Rise has a lot to offer on PC, though all the bells and whistles in the world can’t hide the fact that this will always be a Switch game. As much as I loved discovering and hunting new wyverns, Monster Hunter Rise PC just made me desperate for Monster Hunter World 2.

After the disappointingly barebones Final Fantasy 7 Remake port, Monster Hunter Rise feels incredibly refreshing. While the original was locked to 30 frames per second – or less, as was often the case, the PC version has an uncapped refresh rate. On my RTX 3070, I had no problem hitting 144fps in 1920×1080 on high settings. In ultra-wide (3840×1080), 120fps was no problem either, though in both cases performance did fluctuate frequently within ~30fps. I haven’t been able to find a way to stabilize the frame rate yet, but even in its current state gameplay is incredibly smooth with little to no pop-ins, aliasing, or screen tearing.

Speaking of ultra-wide, the 21:9 support is fantastic. It’s unfortunate that there’s no super ultra-wide 32:9 option, but Rise still looks incredible in 21:9 and scales perfectly. There’s even an option for Ultra-wide UI position correction, so you can adjust your UI to a position that’s within your periphery. Even native PC games often have sloppy ultra-wide support, so it’s great to see Capcom give this somewhat niche feature the attention it deserves in what is ultimately a polished Switch port. 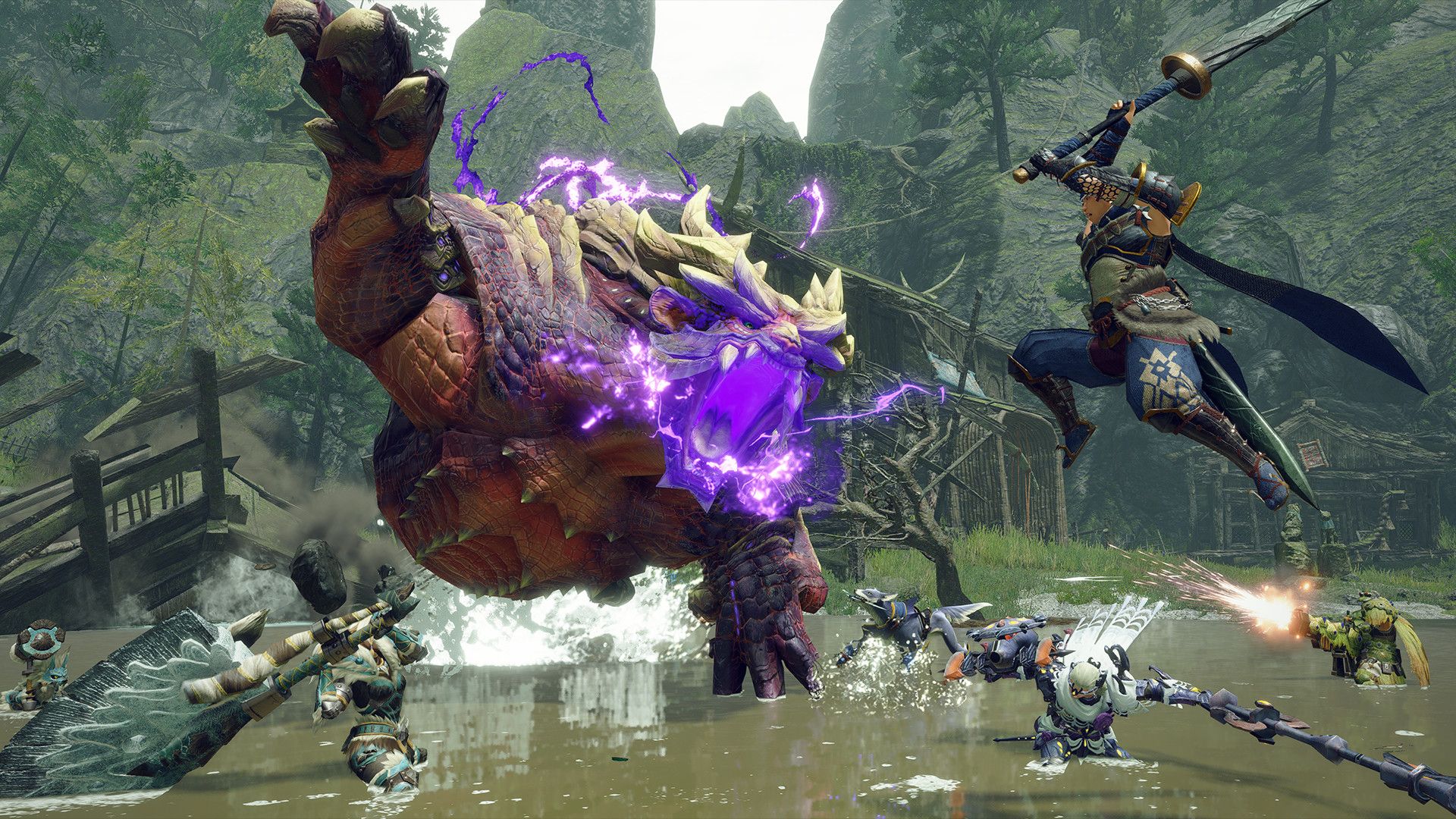 Display settings are pretty phenomenal across the board. Every option has a description, a sample image, a CPU load rating, and an actual VRAM usage counter. It’s so easy to fine tune Rise for your PC setup, limit the features you don’t care about, and balance your CPU and VRAM load. I’d almost say it has too many features. I don’t use things like lens distortion, vignetting, depth of field, film grain, or sepia filters, but if you want those things, they’re there.

HDR is definitely the weak link. I had to turn brightness, contrast, and saturation all the way up just to not lose detail, and even then I found the image to be pretty washed up. Ultimately I decided to not even use the feature, which is a shame. HDR is a finicky setting at the best of times, so your mileage might vary, but even the brightness adjustment settings are pretty lackluster in comparison to other games out there.

I can’t overstate just how much better Rise plays on PC. The new 4K textures add so much detail to the monsters, and the increased frame rate makes every fight feel so much more fluid and intense. Even if you played the Switch version, Rise on PC is going to feel like a whole new game in a lot of ways. If you’re coming from World, on the other hand, Rise is kind of a mixed bag. 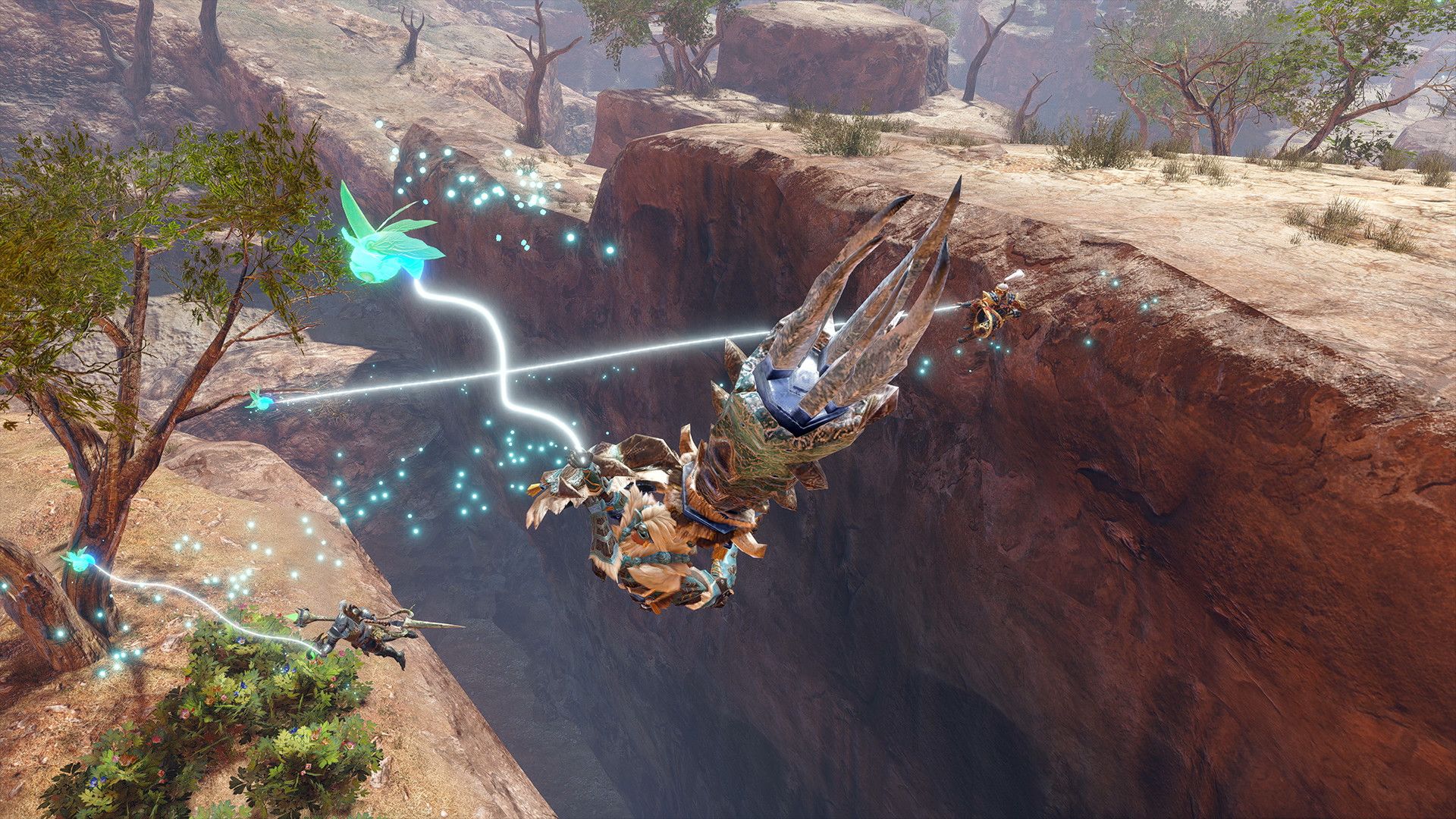 There’s no escaping the fact that Rise is a Switch game. Now that World and Rise can be compared side-by-side on PC, it's staggering how stripped down and bland Rise really is. The regions are mostly flat, featureless arenas that look empty compared to World’s complex and highly detailed environments. The new mechanics – like the palico, wirebug, and endemic life boosters – are fun to learn and experiment with, but it’s hard to ignore the absent features from World. The buddy hiring process has made the Argosy and Meowcenary missions way more tedious to micromanage, there’s no longer a farm for growing your own resources, meals have been stripped down and overly simplified, and the split between village quests and hub quests is confusing and often unnecessary.

For each improvement in Rise, there’s a mechanic or feature that’s been made worse. The best example of this is the mounting system, which has been overhauled to emphasize monster battles. In Rise, you can stagger a monster and mount it, then force it to fight other monsters. If you’re good, you can even stagger the other monster, then mount that one and make them fight again. It’s a cool evolution to the system, but it completely falls apart if there isn’t another monster nearby to fight. In those situations – which are frequent – the mounting system from World would actually be far superior. Everything about Rise is better in some ways and worse in others.

Rise does have a number of clear improvements over World. The Hub is much more compact and easy to navigate, so you won’t need to spend so much time between missions prepping for the next one. The monsters also have more personality than ever before, which you’ll see both in combat and their idle animations. While tracking has been regretfully eliminated, I found a lot of joy in discovering each monster and watching them interact with the environment and other creatures. They still spend most of their time simply pathing around the region, but whenever monsters encounter each other you’ll see a lot of territorial behavior as they snarl, posture, and try to intimidate each other before a full-blown fight breaks out. 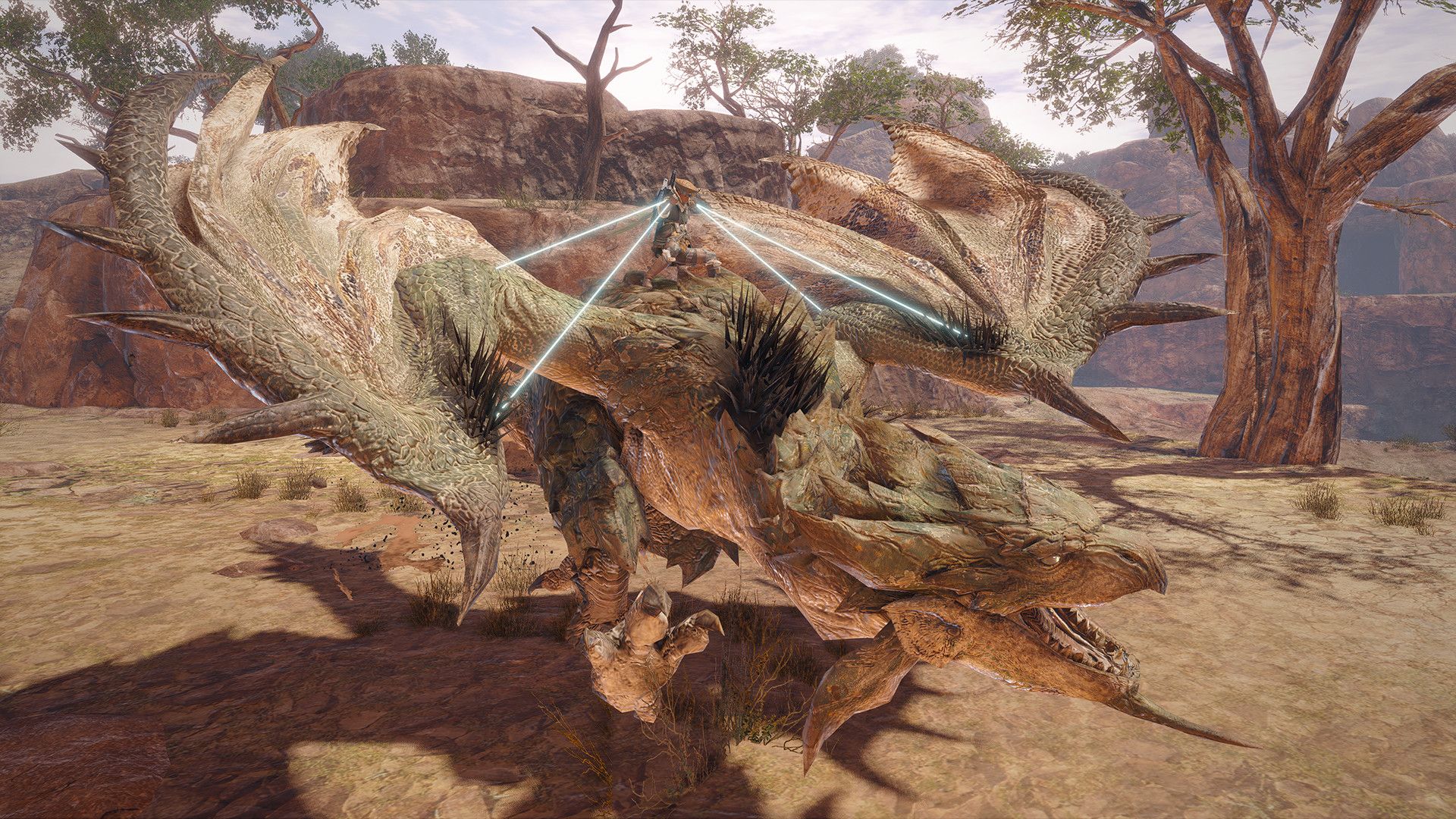 Monster Hunter Rise doesn’t have cross-save with the Switch version, which I imagine will be a deal-breaker for many. No one wants to redo 100+ hours of progress, but this isn’t your typical PC port. While I think World is still a better-looking game, Rise on PC is a massive leap in quality over the Switch version. If you played a lot of Rise in handheld mode on the Switch, you’re going to see things on the PC version you’ve never seen before. With the addition of in-game voice chat, Steam overlay, GeForce optimization, and the myriad other social, network, and visual features that PC offers, Monster Hunter Rise PC feels more like a definitive edition than a standard port.

Monster Hunter is the most live service non-live service game in the world, so I expect Rise will only get better from here. The Sunbreak expansion is coming this summer, which should be exciting for anyone just getting into Rise for the first time. As far as PC ports go, this is one of the most solid and feature-rich experiences I’ve had. With few expectations, Rise has everything you could want in a PC version. That said, Monster Hunter is a bit of a victim of its own success here. If you’re expecting a sequel to World, you’ll likely be disappointed – especially on a visual level. If you’re like me though, and you can’t say no to more monsters, Rise on PC will certainly scratch that itch while we wait for the inevitable Monster Hunter World 2.