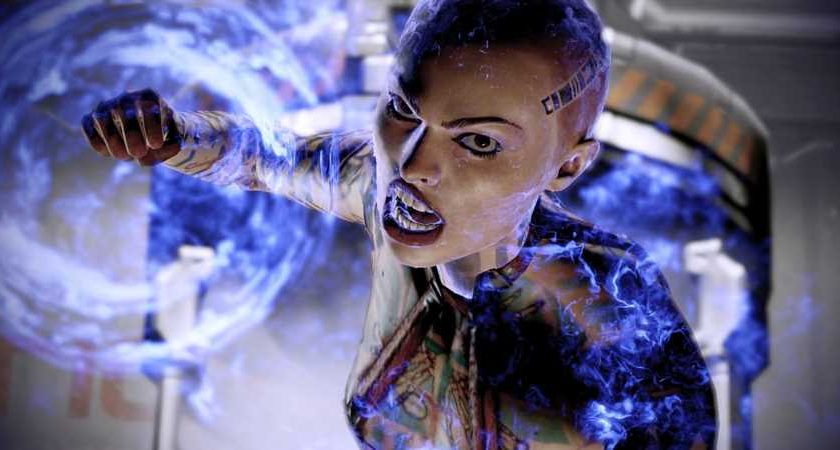 I’ve never been particularly interested in the idea of “gifted kids.” Yes, some kids are incredibly clever or talented, but at the end of the day… they’re kids, right? They deserve a childhood. They deserve the freedom to be silly, and cheeky, and unapologetically happy. I know you’re probably a very proud parent if your six-year-old is doing big boy algebra in MENSA, but let them have a game of heads and volleys with the other kids on the road afterwards, eh?

The thing is, right, MENSA is just a few sums. Imagine your child showed potential and the first thing that happened was either the army or some billionaire’s lackey showed up at your door and said, “Ahem, excuse me, about your boy – he’s coming with us, here’s a few million credits for the trouble.” Six months later they’ve rammed hunks of steel into his skull and are making him telekinetically lift 50kg kettlebells until his nose erupts blood like a violently undammed river. It’s capitalistic exploitation for militant gain, except somehow astronomically worse given that kids are not just deprived of their childhood – they’re actively being harmed and made miserable.

Lots of fiction grapples with this subject. In The Witcher, young boys are subjected to the Trial of the Grasses, a series of ferocious mutations that most people die from near instantly. That’s medieval, though, and witchers are the only thing keeping werewolves and wyverns from running rampant all over The Continent. Mass Effect is futuristic and has seen all kinds of technological progression – I mean, humanity is a spacefaring race. But given that humanity is shit, and most of the other species aren’t much better, this tech is used in support of an ever raging cold war, the next evolution of the space race. Krogans and asari can use biotics? Right, that’s it, pump the nine-year-old girl over there full of eezo. She’s had an adverse reaction? No worries, jot it down in the notes, on to the next one. 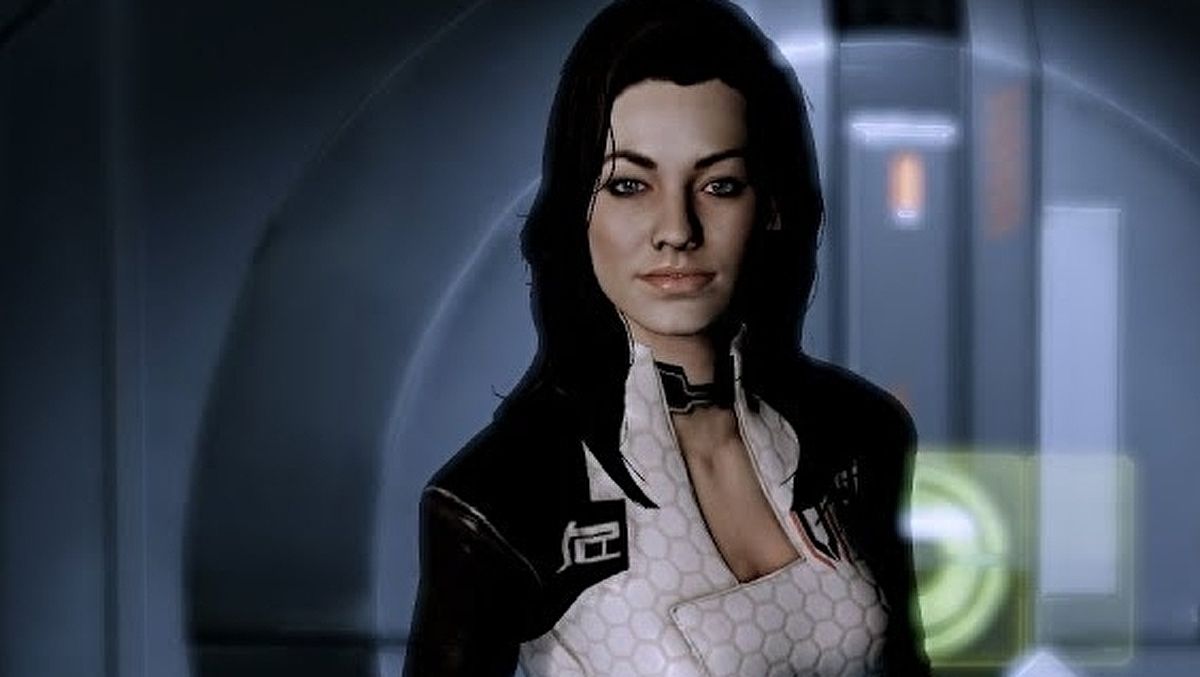 It’s clear from the fact that these adverse reactions exist in the first place that humans are not supposed to be compatible with biotics. Udina and the lads reckon we need that Council seat though, eh? The one thing that’s near unanimous across multi-species fantasy and science fiction is that the humans come late to the party and absolutely crash it. They’re pouring drink down the drain, ripping down all of the decorations, pissing in the sink, and chucking rubbish into your neighbour’s garden. The windows are smashed and the floors are cracked – we’re awful, if I’m honest, but we’re particularly awful to each other.

It’s worth noting that Mass Effect’s entire premise is extremely reliant on the military-industrial complex. The key players in the galaxy are the Alliance, the turian military, the STG, the asari commandos, and other proprietary defense sectors tied to each of the universe’s major known races. As a result, it’s no wonder that humanity is striving to replicate the military tactics and abilities of other species. But, as is the case in almost every aspect of real life – particularly in relation to anything military-oriented – this just breeds intense cruelty. It is callous, brutal in the truest sense of the word. Some people might think that brutality is just an external act of aggression, but as Christopher Hitchens describes it in his book, Why Orwell Matters, “The word ‘brutalize’ is now employed quite wrongly to mean harsh or cruel treatment meted out by the strong to the weak … But in fact it means something subtler, namely the coarsening effect that this exercise of cruelty produces in the strong.” As those in power continue to abuse it in a way that subjugates those deemed inferior, their own self-perceived agency and ego inflate to the point of absurdity. The dynamics at play here create a hegemonic scare structure, a relationship where the person in charge holds absolute power and authority not just because that is ostensibly the case, but because every single person involved is interpellated into recognizing their predetermined but ultimately fabricated role as immutable. The fact this has constantly existed throughout history and, in Mass Effect, is a structure that is mirrored elsewhere in the galaxy further reinforces its inherently unconquerable nature, which is frail and largely imagined but still near impossible to topple. As Theodor Adorno and Max Horkheimer argue in The Culture Industry: Enlightenment as Mass Deception, “Under monopoly all mass culture is identical, and the lines of its artificial framework begin to show through. The people at the top are no longer so interested in concealing monopoly: as its violence becomes more open, so its power grows.” 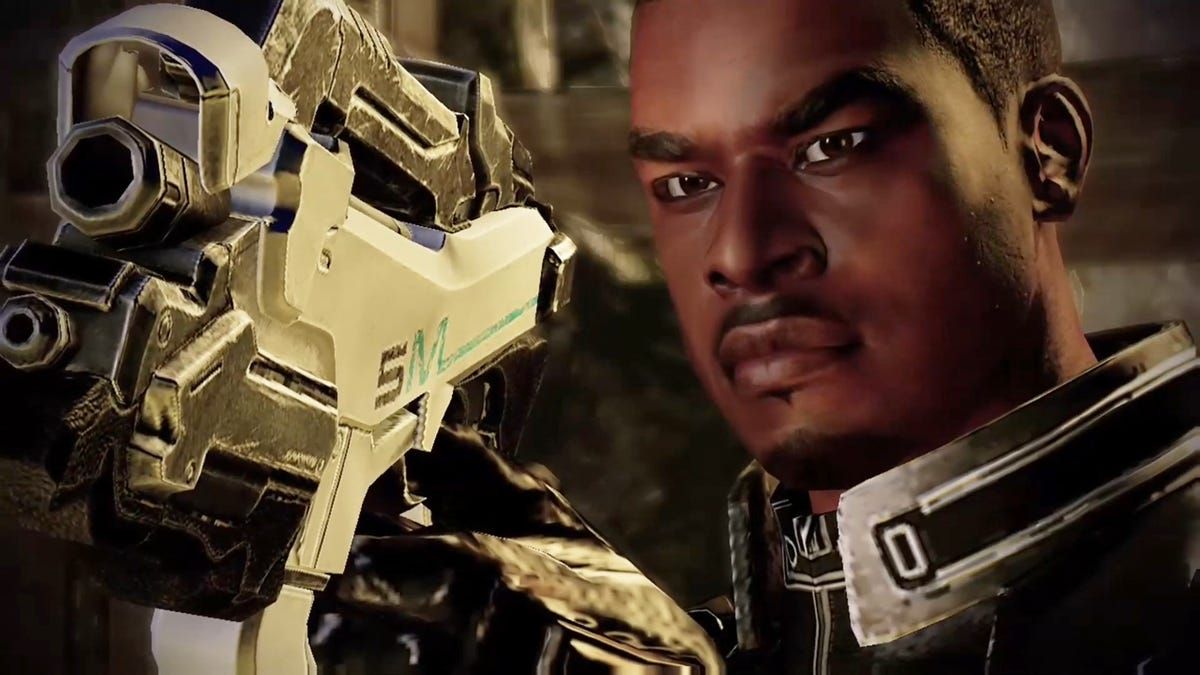 By the time we reach Mass Effect 2 and meet Jack for the first time, all of this underlying context hits boiling point. Up until now we’ve heard about how difficult it’s been for Kaidan – how he killed his instructor, how he still suffers from headaches, and how his biotics have defined him for the entirety of his adult life. When we meet Jack, though, we see the full extent of the cruelty committed in the name of military-serving science. The psychological torture Jack was put through – the one-way mirror that allowed her to see other kids while they never saw her – combined with the rigorous, atrocious experiments conducted on her slowly but surely tore her apart. When we meet her, she is understandably slow to trust. She is jaded by the world and has never enjoyed the luxury of switching off. She is, in Cerberus’ eyes, a walking science experiment – a walking weapon – far more so than a person. And until we meet her, until we get to know her and earn her trust, that is how she involuntarily sees herself as well. It is tragic, not just because it is a story written as a tragedy, but because said tragedy is uncomfortably derivative of real life.

Mass Effect’s universe is wonderful but dated. Despite its brilliance, it is a series that is ideologically and politically stuck in the past in several ways – the fact human biotics show the causality between technological progression and humane regression is just one of them.