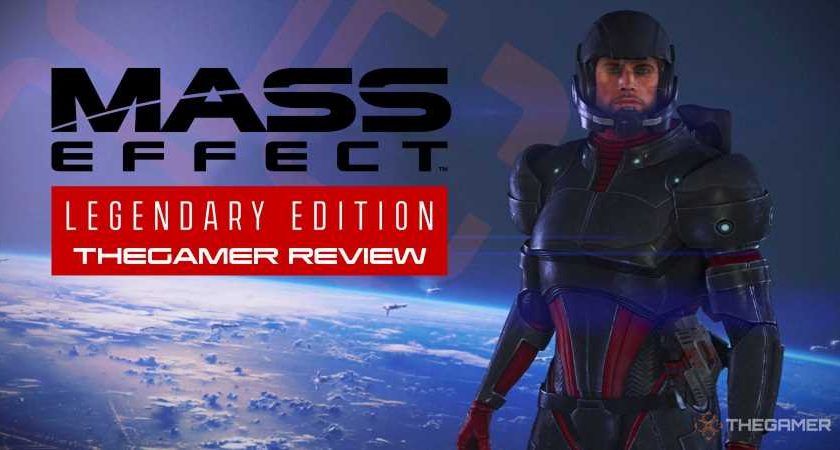 It might seem like hubris, calling a re-release of a gaming series the “Legendary Edition”, but when it comes to video games, there’s little that’s as fabled as Mass Effect. For those who haven’t played the trilogy before, they’re epic space operas wrapped up in an RPG blanket. You take control of Commander Shepard, a customisable protagonist who becomes humanity’s first Spectre, a space cop with near limitless authority, who answers only to the Galactic Council. Think of it as the UN having its own interplanetary FBI. Each game ups the odds, but the actual plot of each instalment is pretty simple – it’s the characters, worldbuilding, and decisions that make it special. Slowly seeing grizzled former cop Garrus turn into Shepard’s best bro, helping singing salarian scientist Mordin atone for his sins, and watching krogan warrior Wrex try to unite his own race are all standout scenes in a saga full of smaller moments that occur in between the big, galaxy-shaping ones.

All of that is wrapped up in some great cover shooter combat that’s responsive, crunchy, and tactical enough, depending on what class you pick. The series becomes more action-focused as the series goes on, with Mass Effect 2 introducing improved enemy hit feedback – bits of robots breaking off with every pull of the trigger – as well as smoother cover transitions. Despite the improvements, though, people don’t play Mass Effect for the gunplay – story is king. And what a story it is. There’s a reason a remaster of this trilogy has been requested for so long – Mass Effect is a stone-cold classic, and the Legendary Edition brings the three games together in a package that’s perfect for newcomers and veterans alike.

Mass Effect 2 and 3 are often regarded as the better games overall, but the star of the show here is the original, as it’s the one that has had the most work done to bring it into the modern age. All three games now display at 4K, 60fps and have updated lighting, models, and environments, which makes them all look fantastic. In the first game, planets like Virmire showcase these visual upgrades perfectly, while the new photo mode (which is a bit cack, to be honest) shows off the improved texturing on weapons and armour across all of the games. Veterans of the series have pointed out that some of the graphical changes made to planets like Eden Prime take away from the game’s tone, and whilst that’s a valid complaint, the positives outweigh the negatives. Being able to play Mass Effect and have it look and run this good is a treat, even with some small concessions like awkward animations and the humans all looking a bit dopey. Take one look at Kaidan’s hair texture and you’ll instantly be whisked back to 2007 in the worst way possible – guy looks like he’s been rendered by Traveller’s Tales At least it gives you a reason to interact with Kaidan, the boring dud that he is. 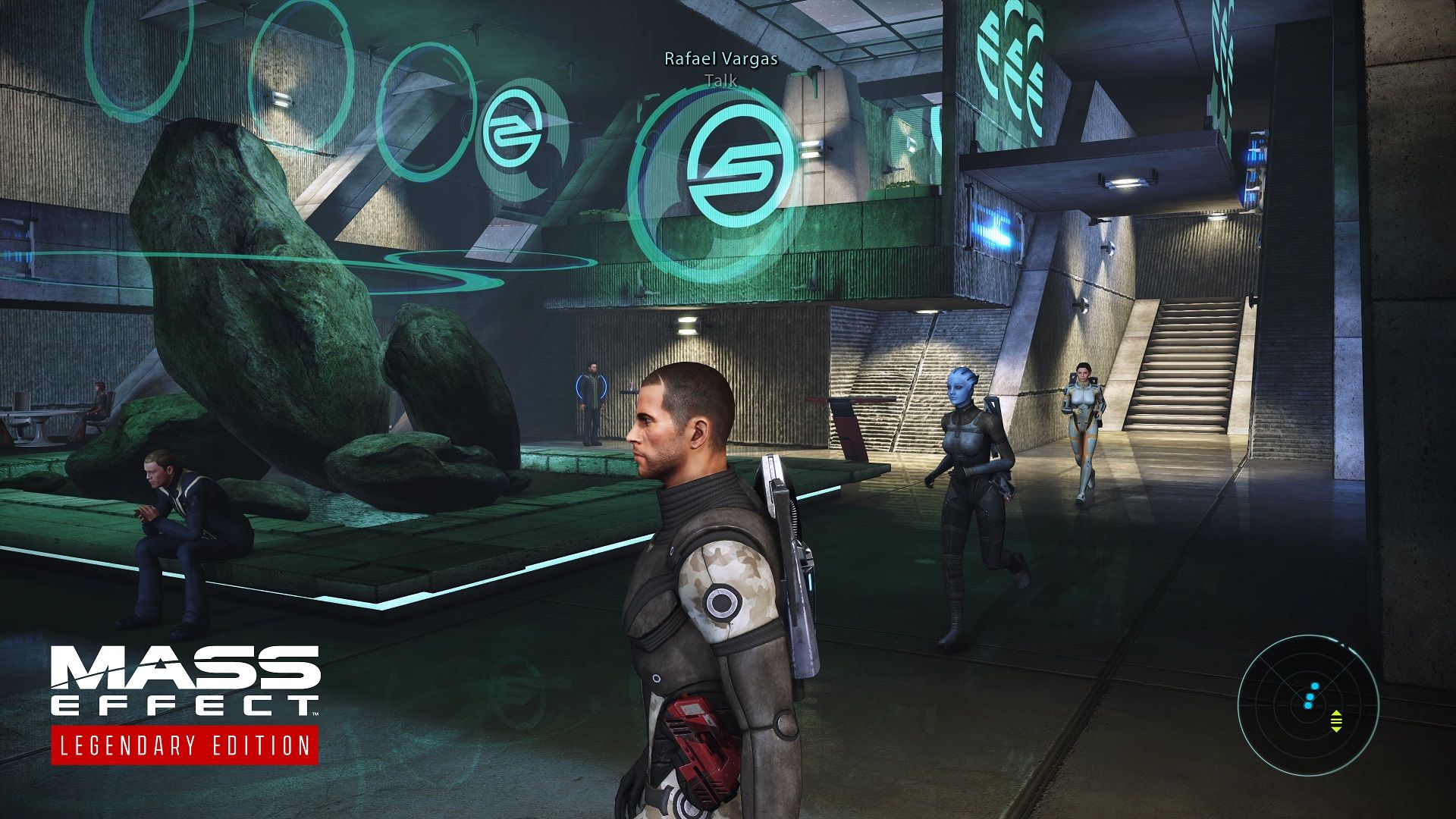 The gunplay and movement in the first game are still a little clunky compared to the other games, but it has clearly been tweaked for the better. It’s a different flavour of Mass Effect, one that’s more focused on RPG mechanics and character experimentation, and it holds up pretty well today despite the clunkiness. There are some gameplay elements of the first game that I prefer to the sequels, like the weird, frisbee-style grenades, the ability to crouch anywhere, and the lack of thermal clips. Being able to use your weapons without worrying about ammo makes the Soldier class feel a lot more powerful than it does in other games, which makes picking it in the other game feel like a downgrade. I even enjoyed using the Mako – the bouncy, shooty all-terrain vehicle you use for planetary excursions – despite the internet telling me I shouldn’t. It’s far and away better than any of the gimmicky stuff that the sequels make you do. Yes, Mass Effect 2; planet scanning is bad and you should feel bad. No, “probing Uranus” doesn’t make up for it.

I also prefer how you have to put points into Charm and Intimidate stats in the first Mass Effect to unlock special conversation options. This system is swapped out from the second game and instead relies on the morality-tracking Paragon and Renegade meters.

Mass Effect feels like more of an RPG than the other two games, and as much as I think they are the superior titles, I wish that the series had kept some of the less mainstream elements. When comparing it to the sequels, the original Mass Effect is weird with its little driving sections and ‘Simon Says’ hacking mini-games – but it’s also very charming because of it. I’m very fond of some of the more niche Mass Effect things like awkward dancing, and the original Mass Effect is the epitome of that strangeness. Seriously, have you seen the frisbee grenades? Makes the planetary threats a bit of a giggle. 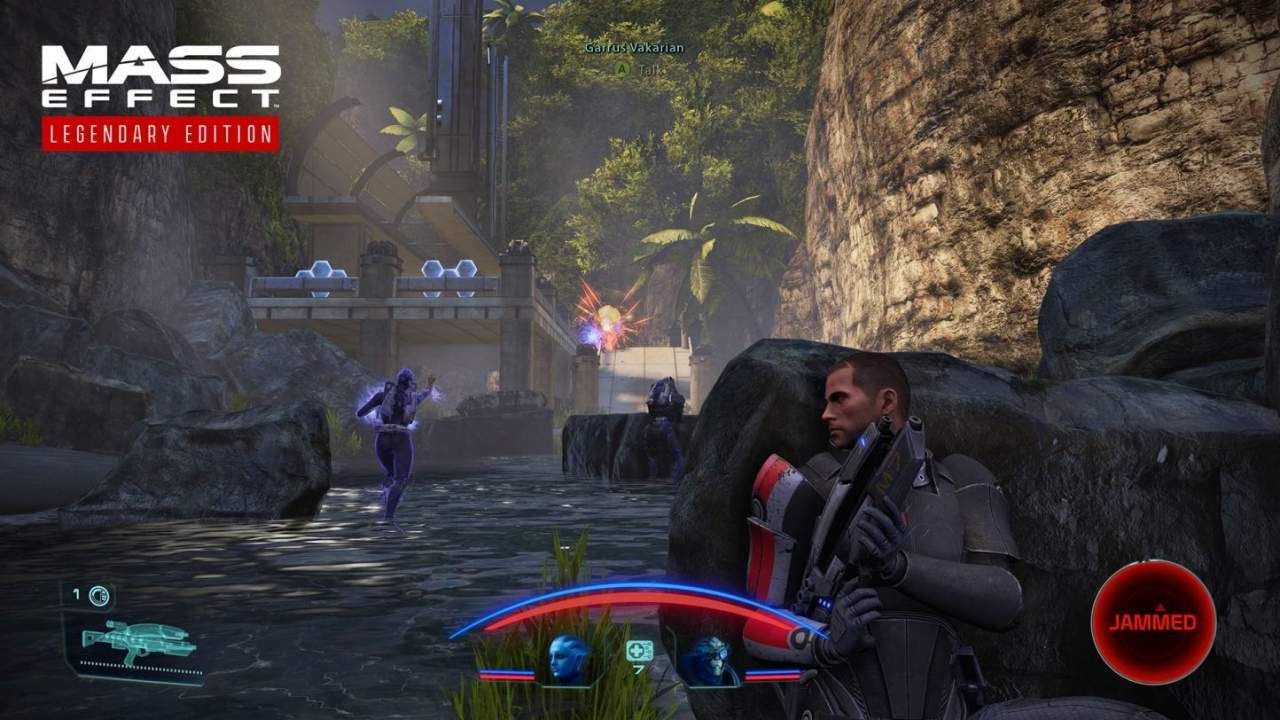 There are a few things that I wish had been tweaked a bit further in the gameplay department though. For one, I found the sprint to be absolutely useless in and out of combat, and wish they’d just made it an unlimited resource, rather than tying it to a tiny stamina gauge. I also found aiming a little stiff, which isn’t helped by a baffling lack of control options. This issue is made even clearer by the Geth Stalkers that crawl around and jump on walls, resulting in many missed shots and unintelligible swear words.

One thing that surprised me instantly is how organic the story and characters still feel, even 14 years after originally launching. Which is odd, since many of them are synthetics. I was expecting to cringe a bit and see a drop from the sequels, but the acting, characterisation, and worldbuilding here are all nearly as fantastic as what comes later. I would still say that the sequels are playable without the first game (heck, that’s how I had to do it before now), but you’re doing yourself a disservice if you choose to skip the first game. I already considered Mass Effect 2 and Mass Effect 3 to be fantastic games in their own right, but they work so much better as part of a trilogy – especially in a cohesive package like this, where all your choices carry over between games without any friction.

Although Mass Effect 2 and 3 haven’t had as much done to their gameplay, they didn’t really need fixing like the original game did. I put a fair bit of time into them just to see how the remaster has affected them, and my impressions are that they’re the same brilliant games with improved visual fidelity and all of their supplementary content intact. Mass Effect 2 is one of my favourite RPGs of all time and is worth the purchase alone, but playing all three games together feels special. There’s been a lot of tweaks to the models and environments that keep the game looking fresh, and the attention to detail to things like Tali’s portrait change in Mass Effect 3 shows that there’s a big level of care here. I’m very excited to put 50 more hours into each, and then to replay the trilogy all over again with different classes and choices, as is Mass Effect tradition. 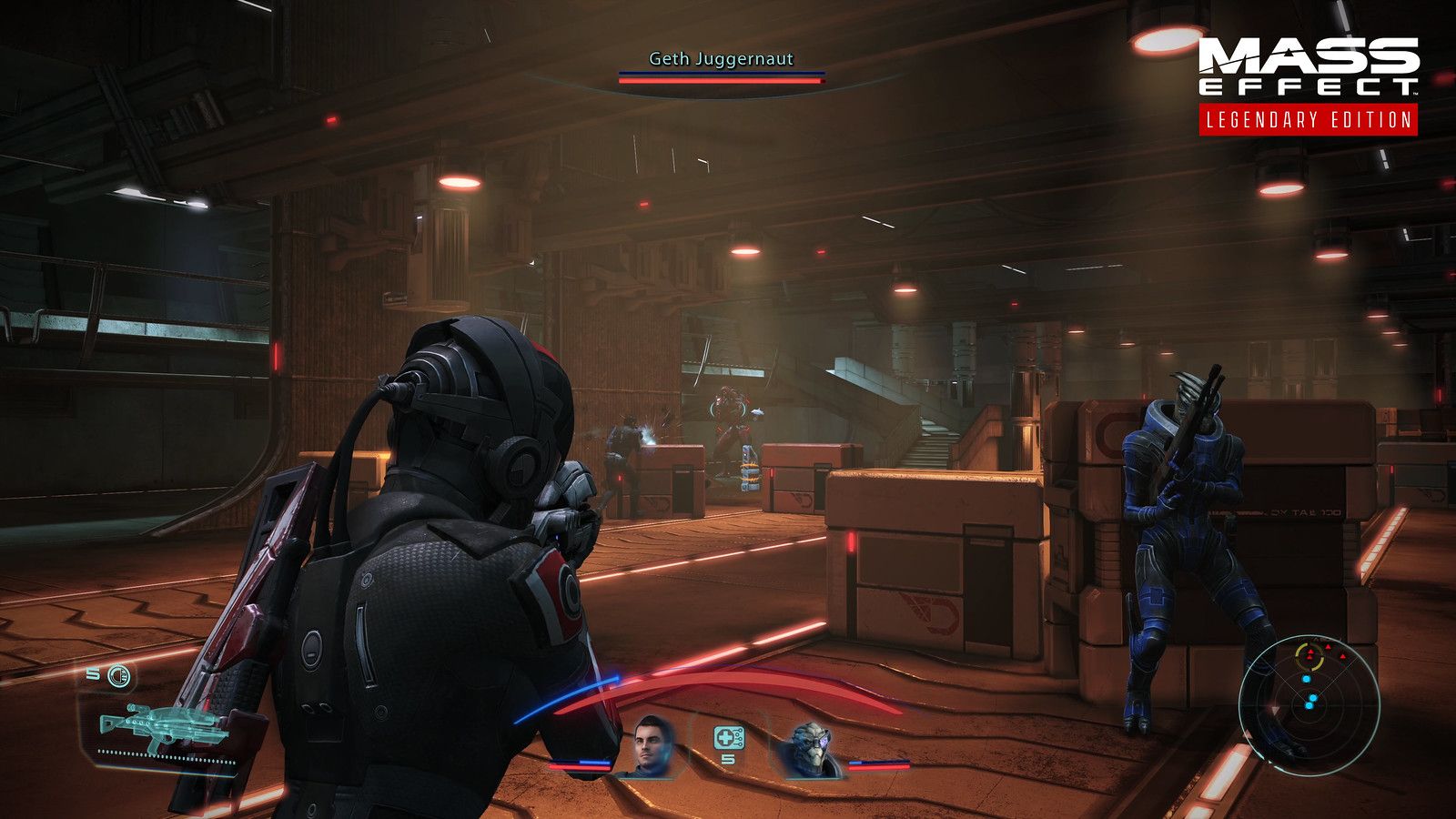 However, there are some things that feel a little rushed and cheap. For starters, the range of accessibility options are next to none, without so much as a button-mapping option on consoles and certainly nothing close to an FOV slider. Considering other recent releases have been putting in the work for accessibility, it’s a bit disappointing to see here, as there’s not even the bare minimum. There’s also unfortunately quite a few bugs at launch. It’s not as bad as Andromeda, but in my playtime, I had one major crash, as well as button prompts being removed, sound clips going missing, stuttering, and even one particularly fierce bug that turned Shepard sideways during a boss fight, which I then had to restart. There has always been some jank with this series, but it’s a shame to see new issues crop up in this remaster.

Even with those smaller issues, I have absolutely no trouble recommending Mass Effect: Legendary Edition to anyone looking for a good RPG, a good story, or just a good shooter. The effort put into the original Mass Effect is commendable, especially considering its age, and Mass Effect 2 and 3 are as great as before but with better visuals and the ease of access of all being on the same disk. Like the title says, this is a legendary trilogy, and it’s one that everyone should play.