If it winds up being anything like the movies, Marvel’s Avengers should be a veritable smorgasbord of superhero and supervillain cameos. The roster is going to be stacked coming out of the gate and will only get more impressive once the rest of the heroes are doled out as DLC.

Before Crystal Dynamics expands the line-up of comic book heroes further, who is confirmed to be part of the game and who has been possibly leaked thanks to the internet? Let’s take a look at every hero and villain in Marvel’s Avengers that we know of so far. 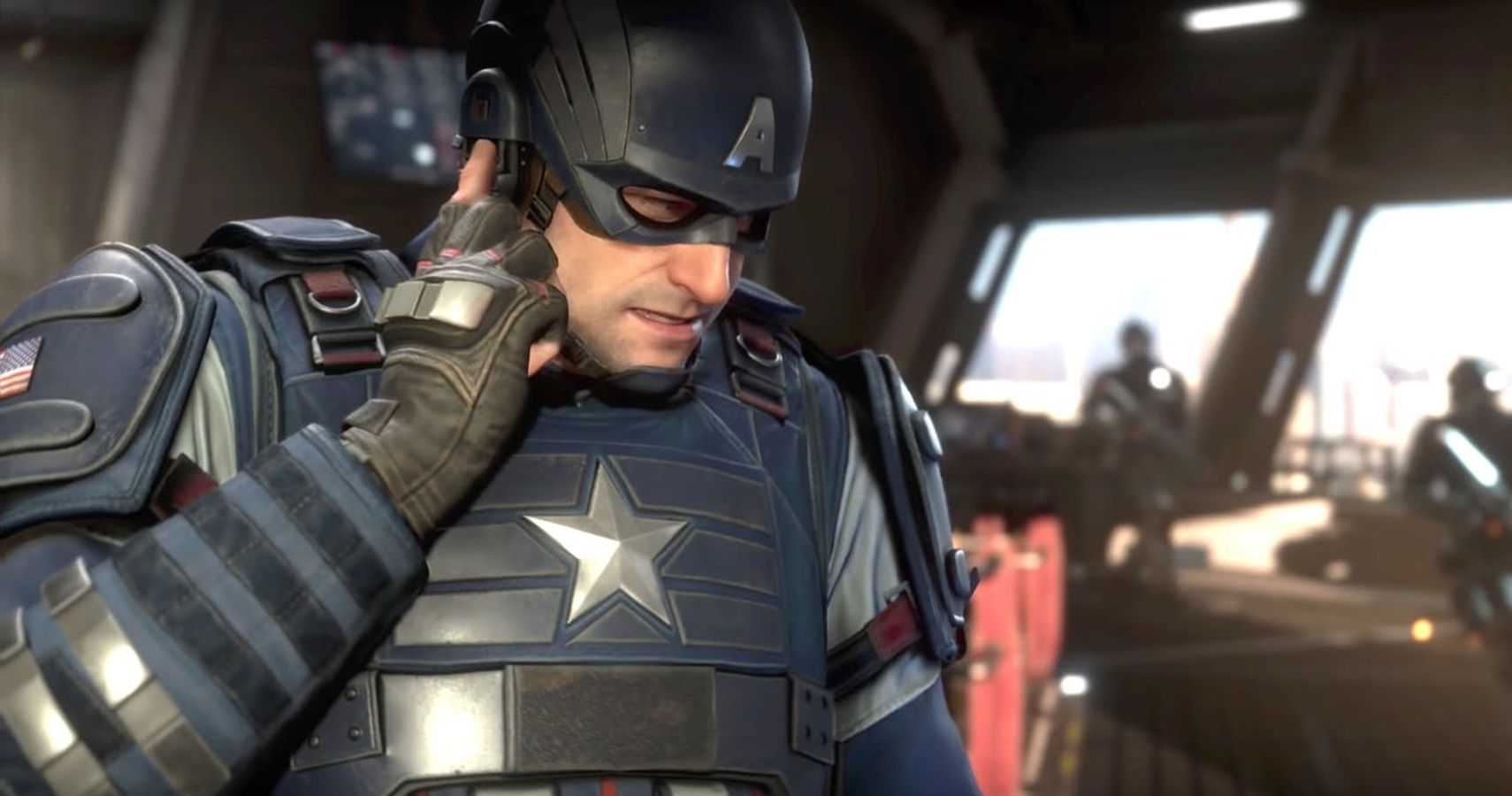 Obviously the good captain was going to be included considering he’s the de facto leader of the group. But beyond that, he’s also pivotal to the plot as his death seems to be the catalyst for The Avengers splitting up and the world seemingly turning against them.

Of course, this is a comic book game, so the chances of Captain America actually being dead are incredibly slim. He’ll probably reappear from a time portal, or be stuck in suspended animation, or there’ll be some other dumb reason to explain his several year absence. He survived being frozen in ice for multiple decades, we’re sure he’ll be fine. 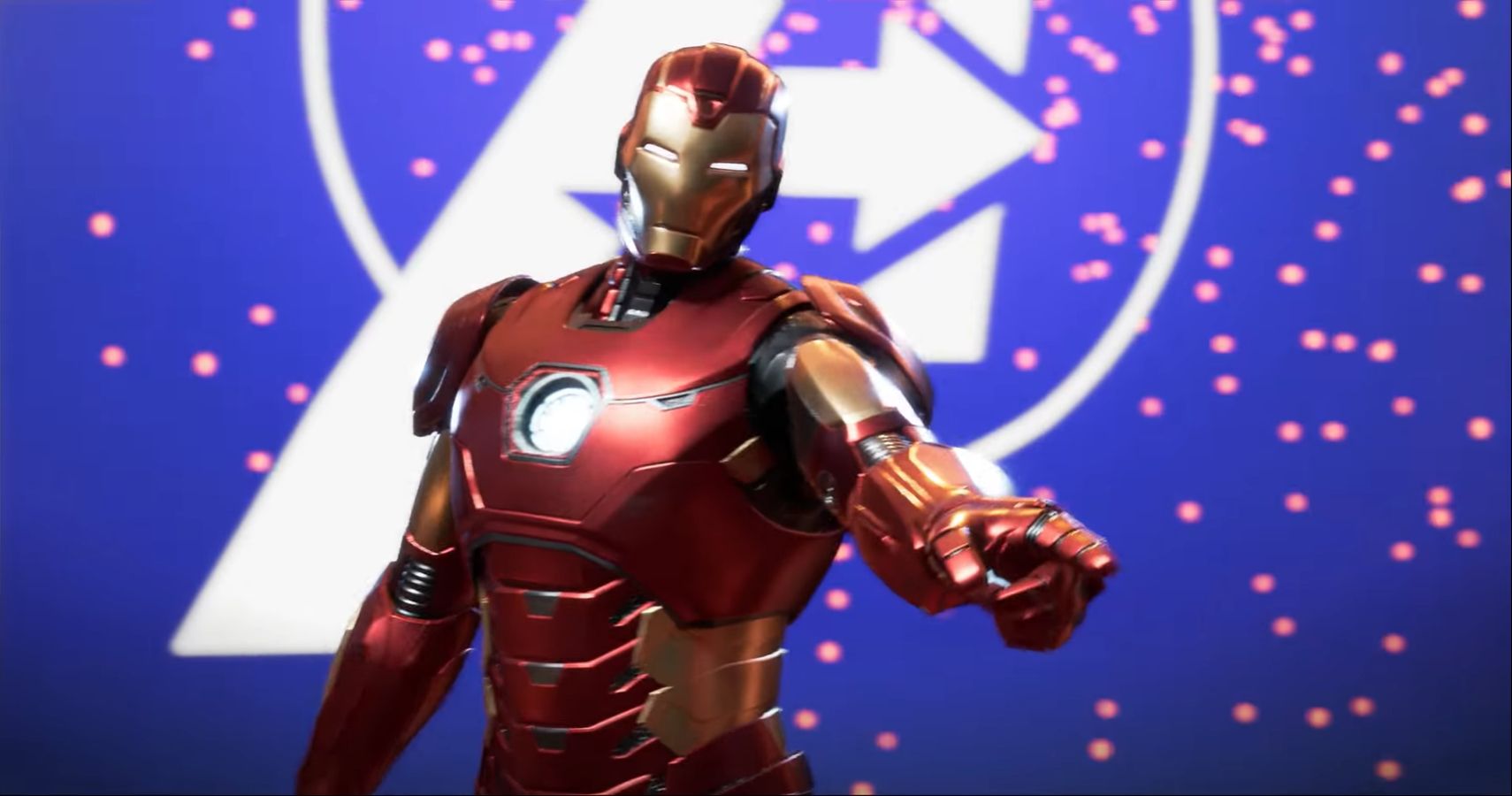 Judging by the trailers, Iron Man seems to be the one most shaken up by Cap’s untimely demise. After A-Day he’s got a wild mane of hair, a big bushy beard, and generally seems like he’s not into the whole superhero thing anymore. He even starts angrily pushing around Bruce Banner, which doesn’t seem like a smart move. No doubt he’ll eventually don the metal suit again and we’ll get to hear an assortment of Nolan North-voiced Tony Stark witticisms. 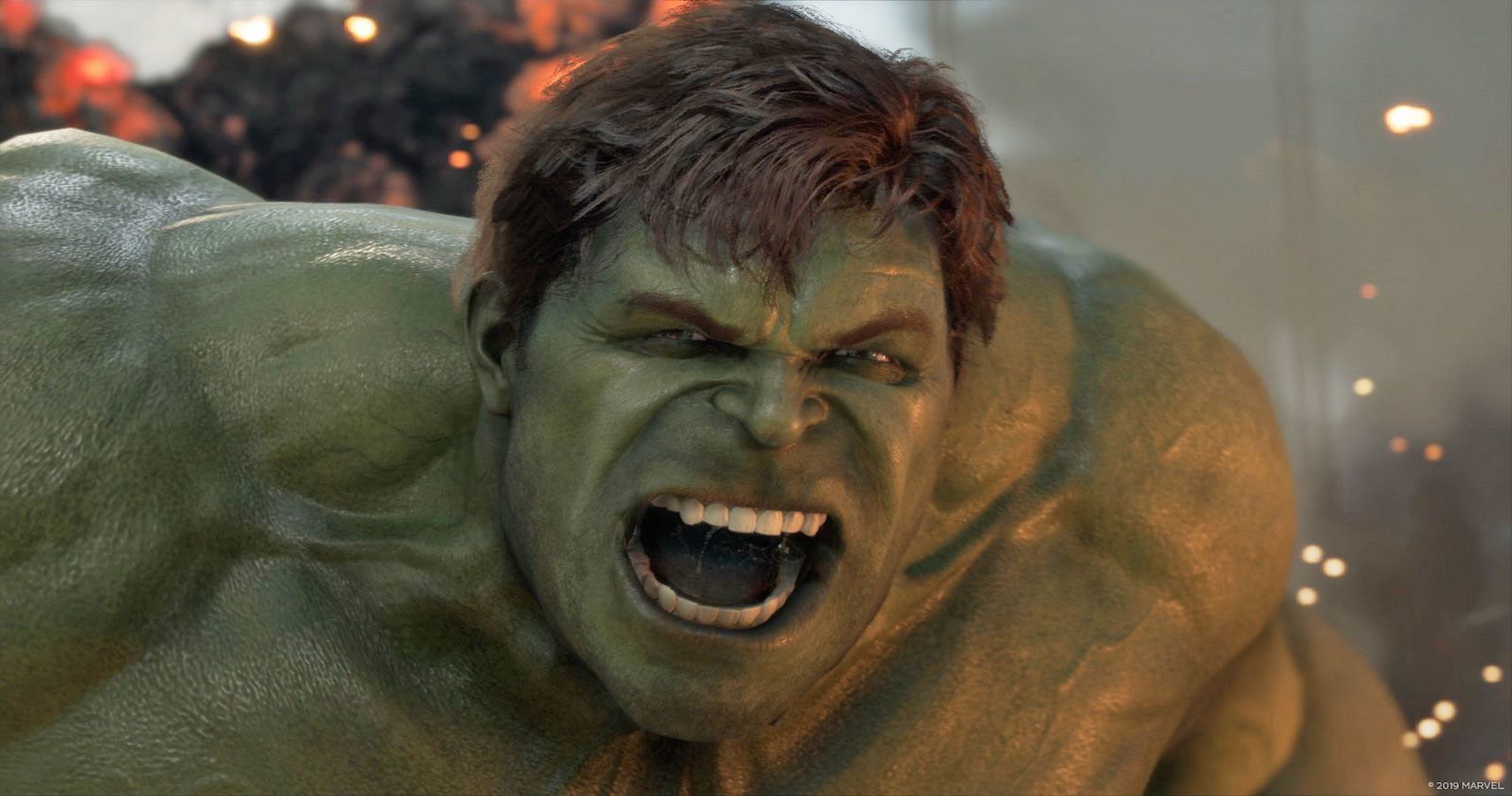 Bruce Banner has been front and center for the Avengers’ marketing so far. This isn’t surprising, as the idea of pulverizing people as The Incredible Hulk is always an enticing one. If his gameplay is even half as fun as it was in The Incredible Hulk: Ultimate Destruction, then this could be a treat. He’s also portrayed by the other half of the biggest voice-acting dynamic duo in video games, Troy Baker. Apparently, someone at Crystal Dynamics is a big fan of Naughty Dog’s games. 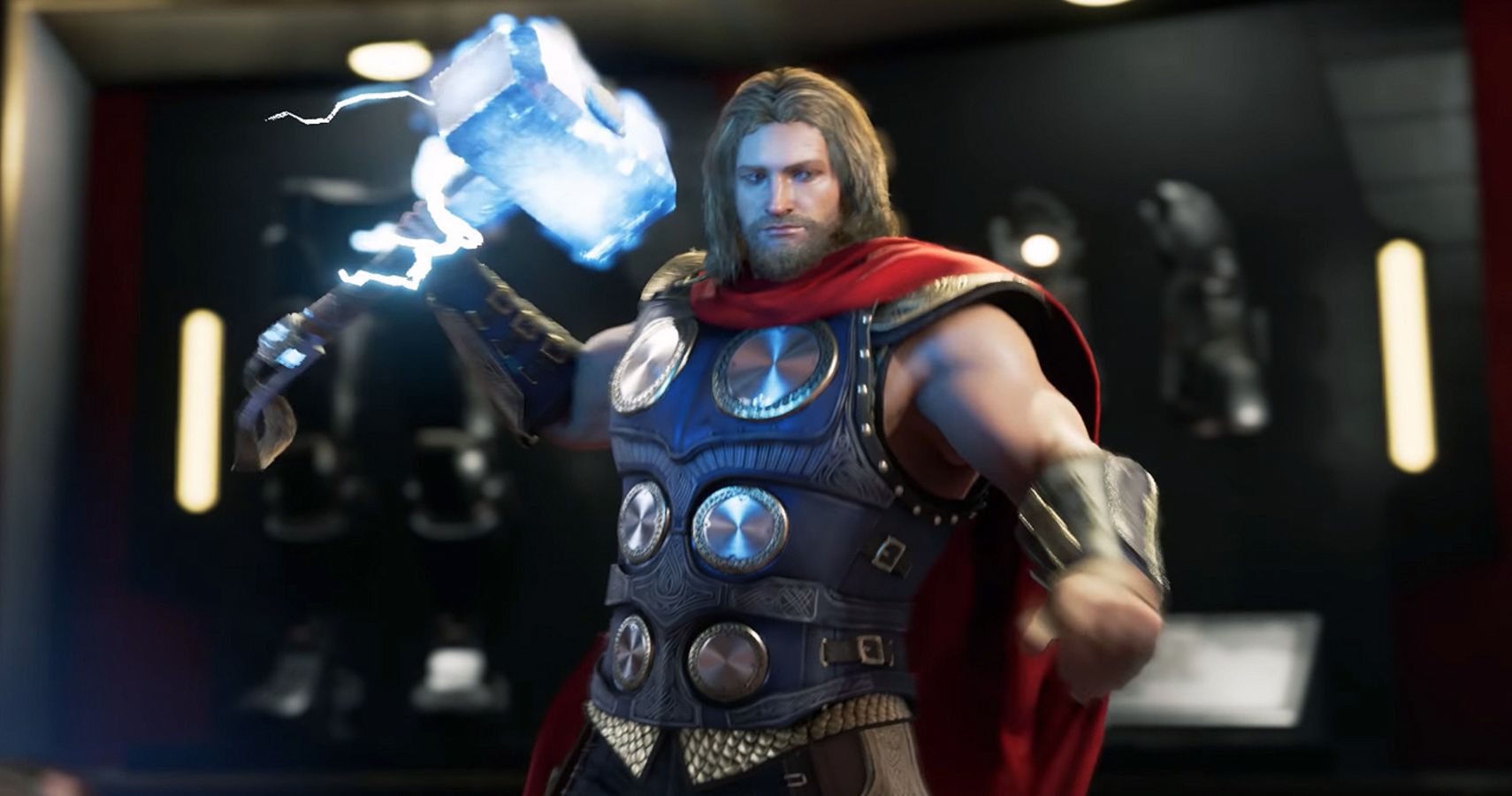 Unfortunately, it doesn’t seem like this Thor is going to be as much fun as the Taika Waititi-influenced version of the character. Still, he’s got Mjolnir, and swinging that around should be a blast. It does seem weird that he’s throwing his hammer full force at human bad guys since that would probably turn them into red mist – although this game is unlikely to show off anything as ultra-violent as that. 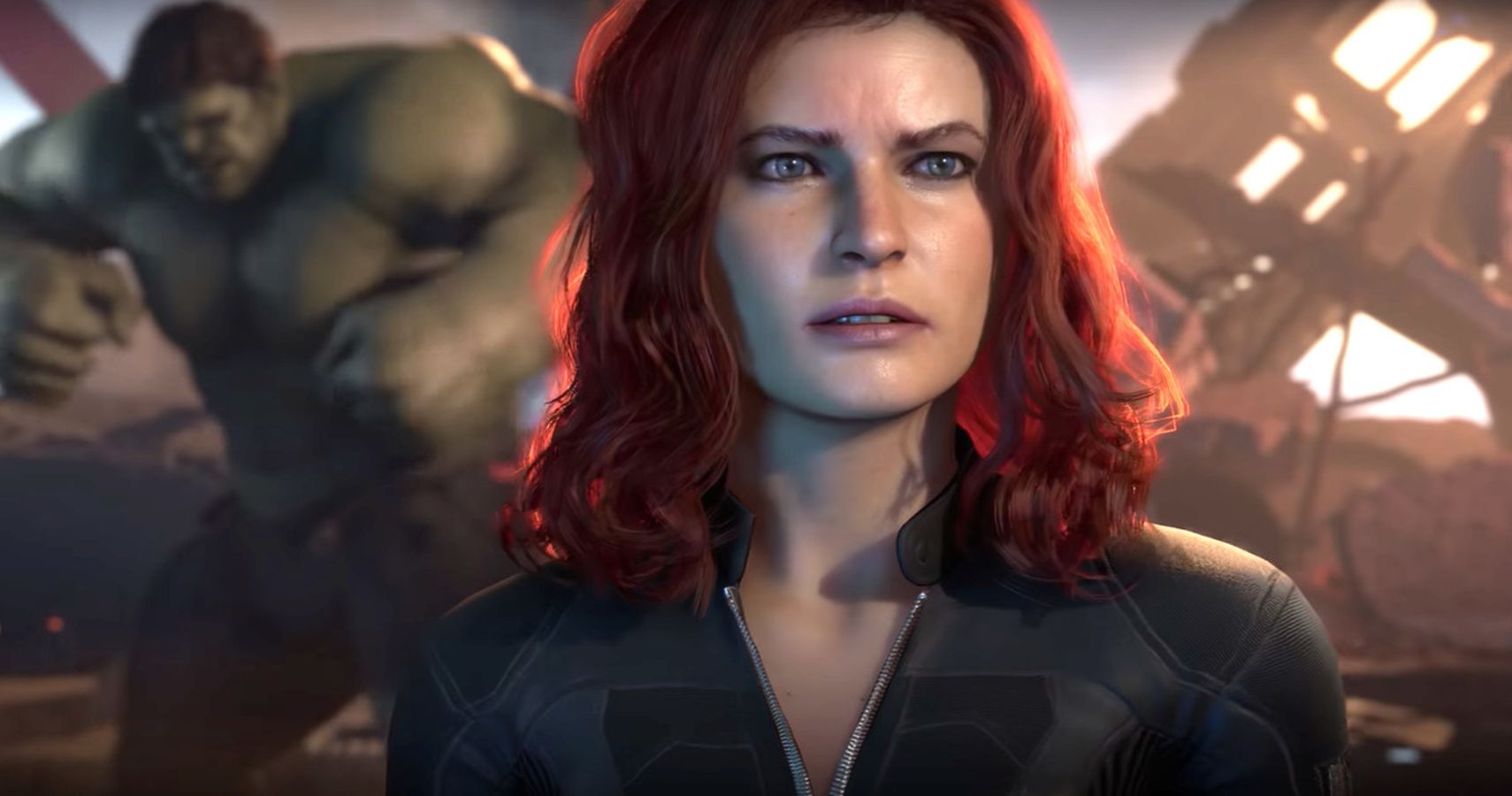 Voiced by another top-tier video game voice talent, Laura Bailey, we haven’t seen much of what Black Widow will be able to do yet. She seems to have a grappling hook to get close to enemies and will likely do a whole lot of shooting and kicking in a skin-tight leather jumpsuit. 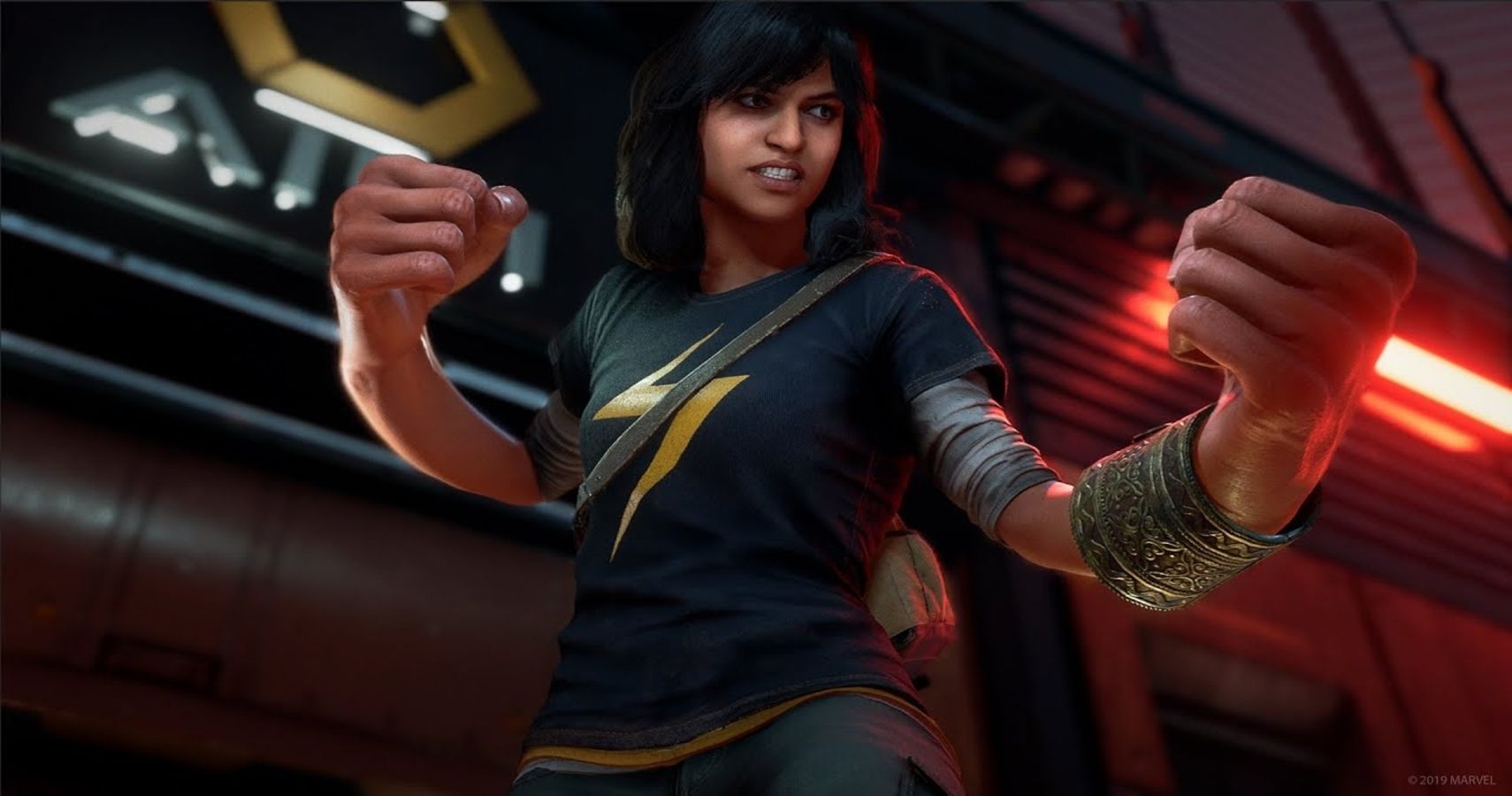 The appearance of Kamala Khan was surprising, as Ms. Marvel might not immediately spring to mind when you think of The Avengers. She looks to be the person who’ll be responsible for getting the gang back together for one more big adventure. She also has very large fists and screams “embiggen!”  which is pretty unique in the world of superhero catchphrases. 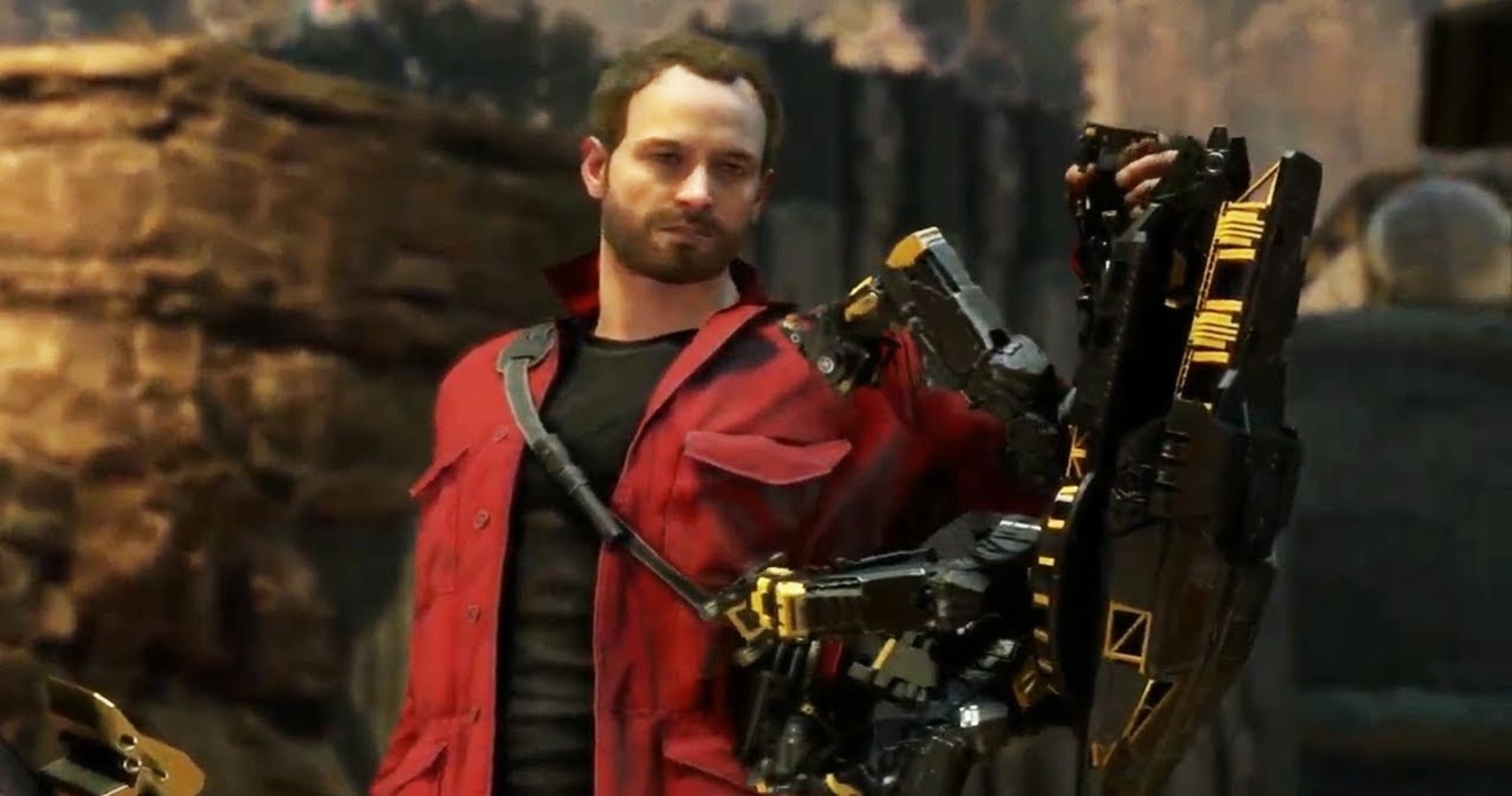 During their E3 presentation, Square Enix revealed that Hank Pym, aka the original Ant-Man, would be in Marvel’s Avengers in some capacity. It’s possible that he will be a future addition to the game, or that he might not be playable at all. But he’s got his shrink ray, so he’s going to be involved the superhero shenanigans one way or another. 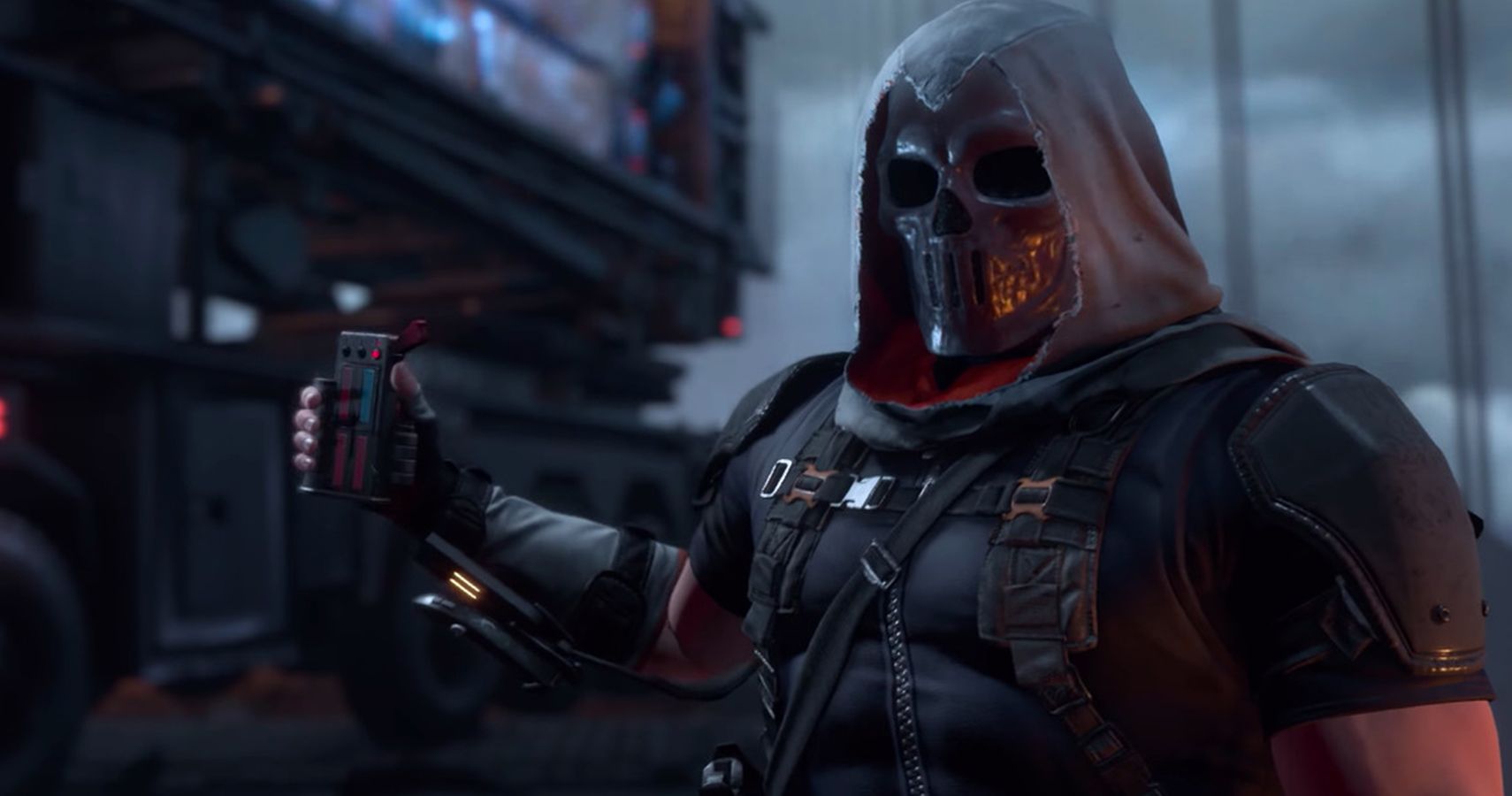 Taskmaster seems to be behind the opening attack on A-Day. Whether this means he’s the main villain, a lackey, or just the first baddie to be dispatched is unknown. Either way, he doesn’t look very friendly. 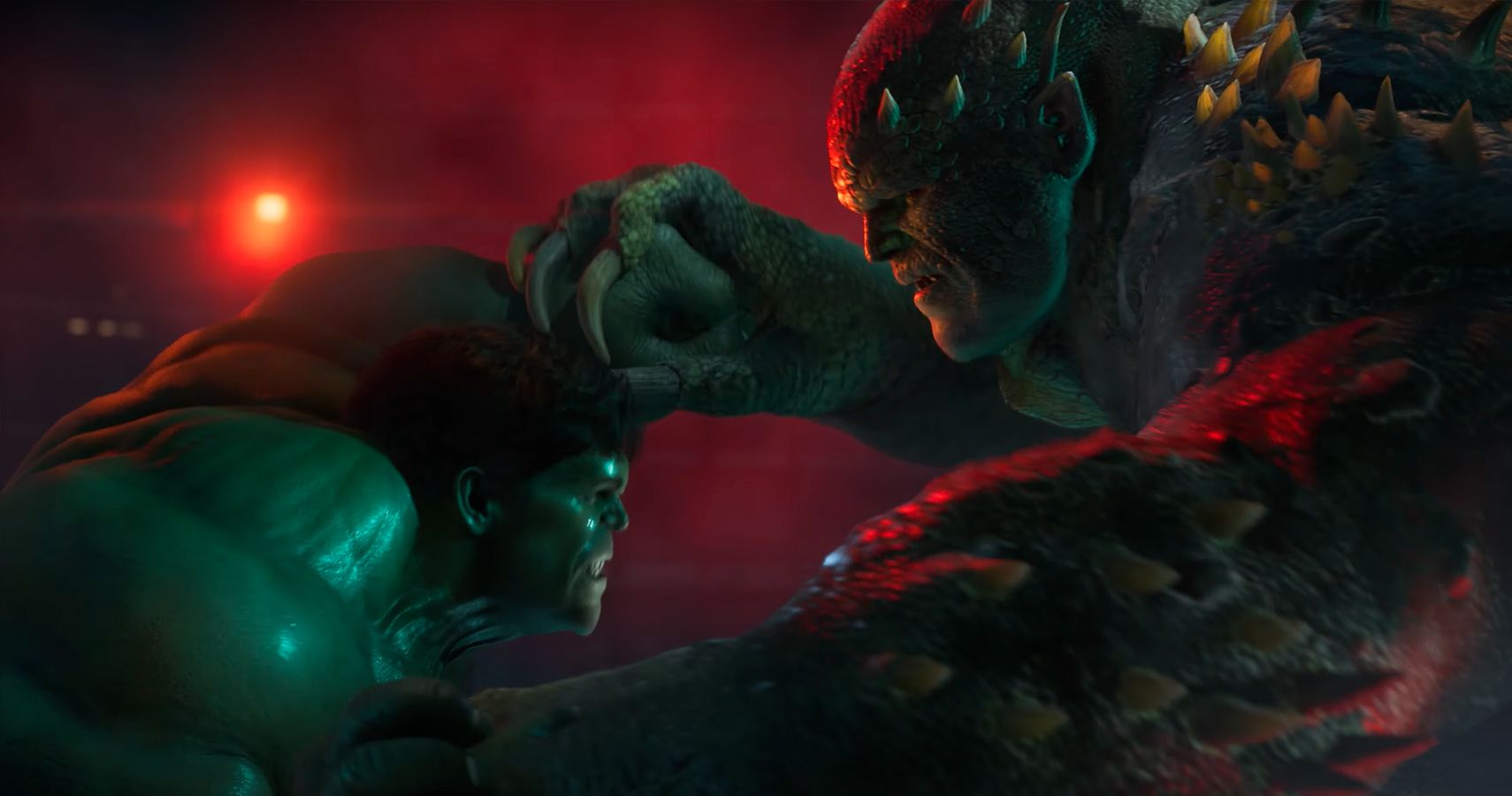 This game will need at least one villain who can go toe to toe with the Hulk and the Abomination fits the bill. He’s unlikely to be the central antagonist, but he should make for an entertaining boss fight that’ll involve a lot of smashing. 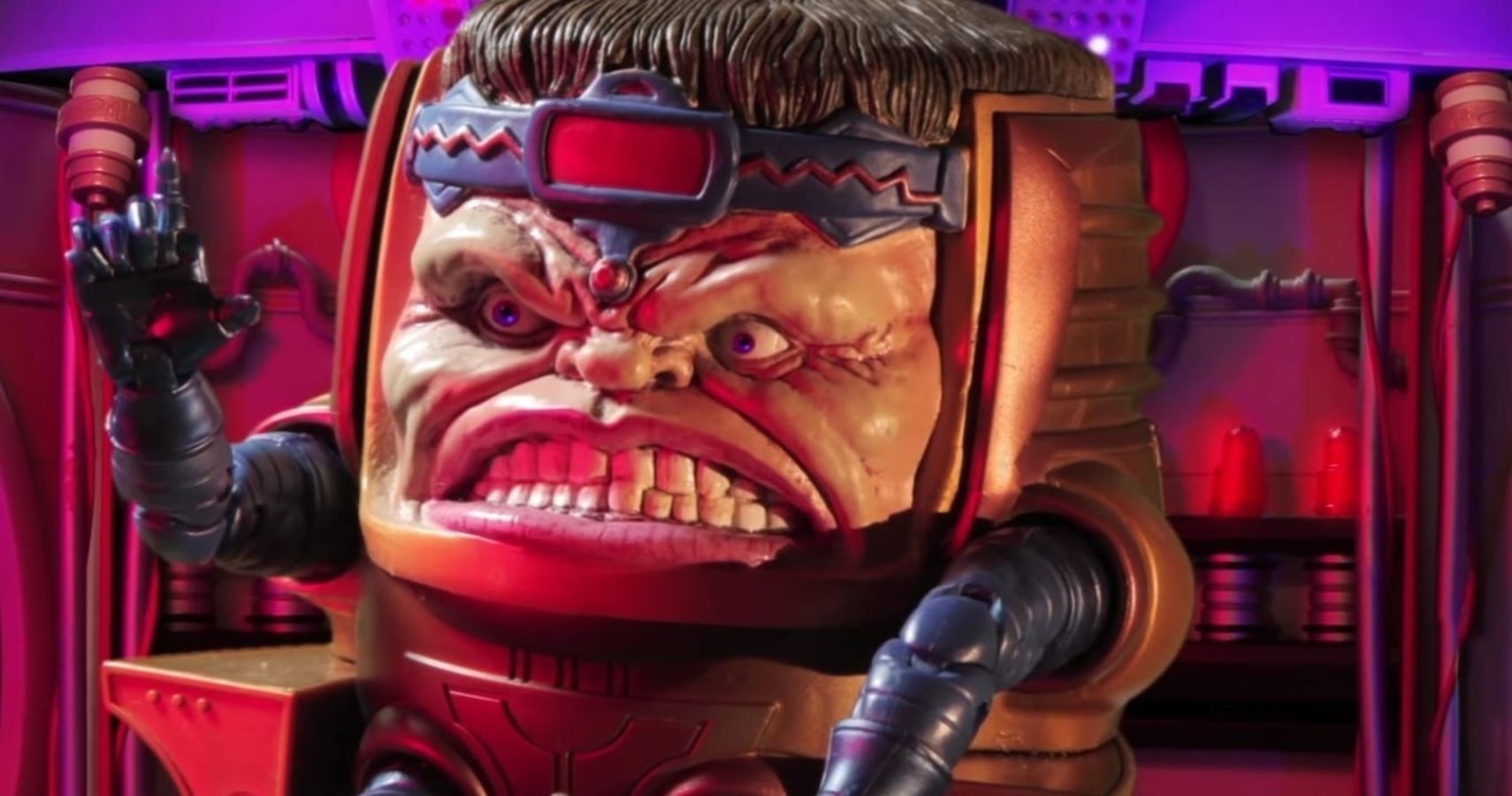 A leaked list of trophies and achievements for Marvel’s Avengers have found their onto the internet. It’s possible to glean some plot spoilers from these and the biggest one seems to involve everyone’s favorite Mechanized Organism Designed Only for Killing, MODOK. One of the trophies requires you to “Defeat MODOK and the Kree,” which seems to heavily imply that the giant floating head will be an enemy in the game. As the leader of the technologically advanced terrorist group AIM, he could be the one orchestrating the events that lead to A-Day and the tarnishing of the Avengers’ reputation. 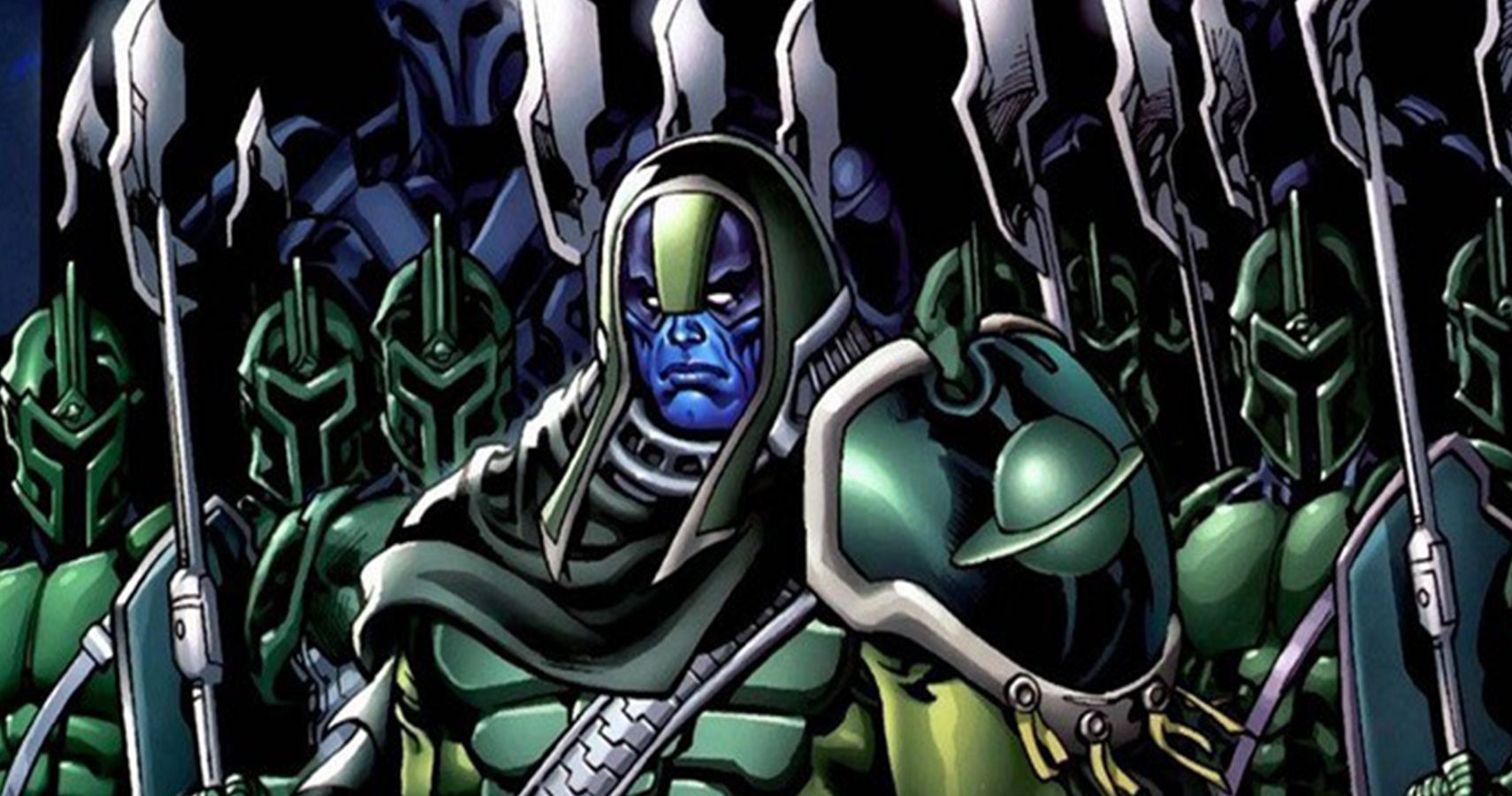 That same trophy also confirmed the presence of the Kree, a race of intelligent beings that physically resemble humans except for their blue skin. They likely team with MODOK and AIM with the intention of conquering Earth, because that’s every villain’s favorite goal. If the Kree are involved, could this lead to an appearance from Captain Marvel? 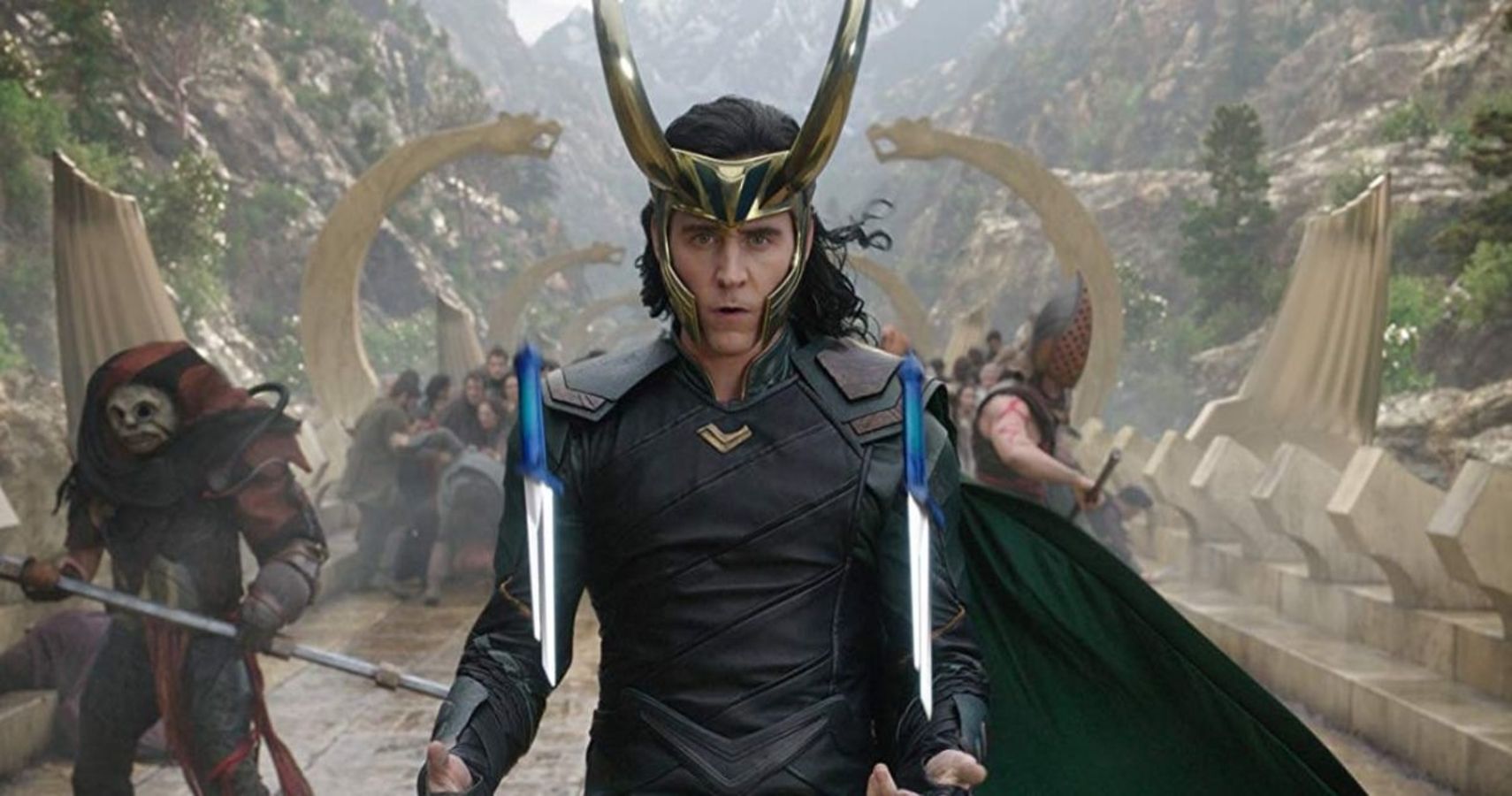 In the A-Day prequel comics, Loki makes an appearance in a Thor-centric issue establishing his presence in this game’s universe. He manipulates Thor and Hulk into fighting each other, so it wouldn’t be surprising if he shows up to cause some mischief. 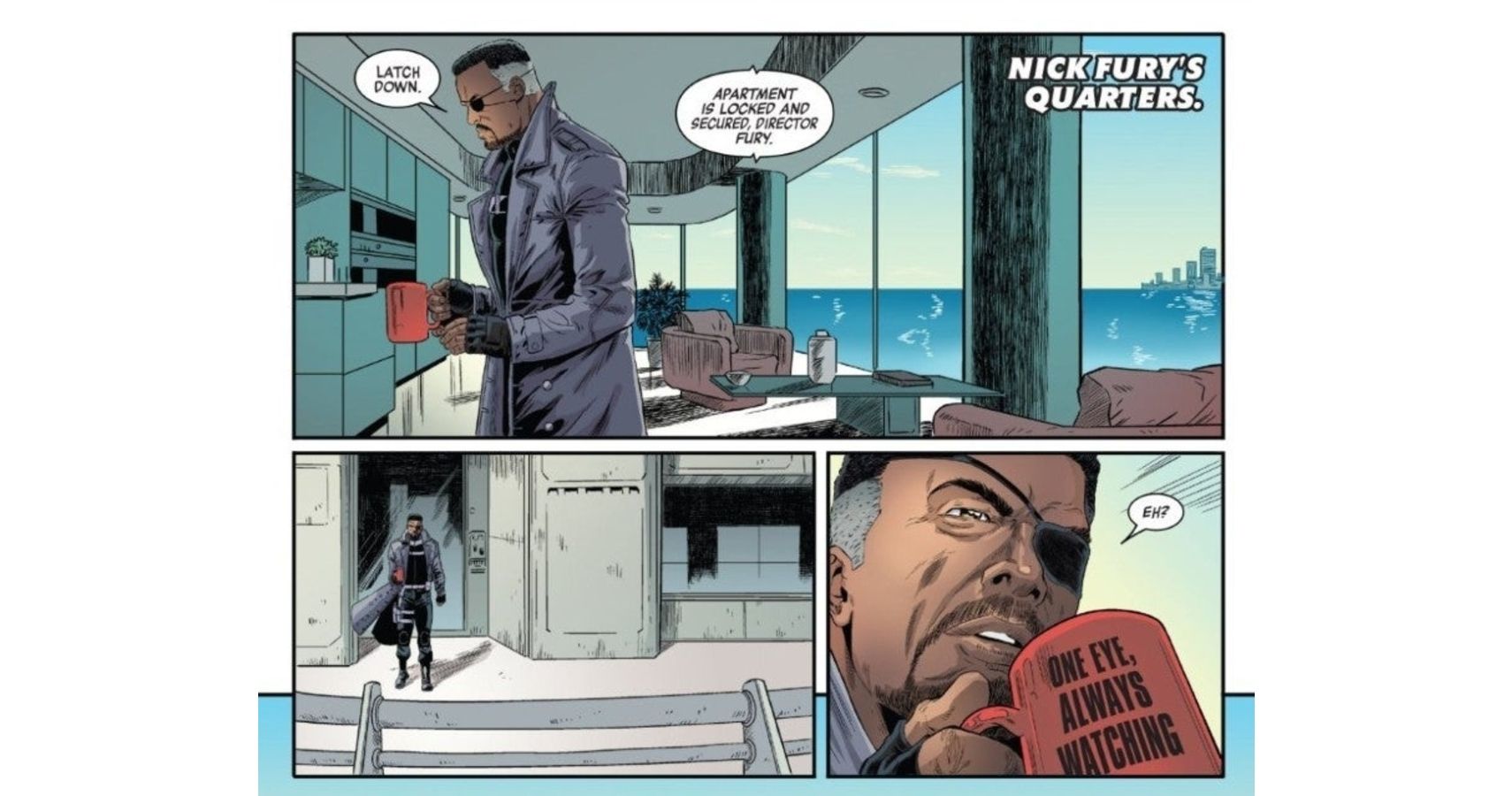 Nick Fury also appears in an issue of the prequel comic, so it’s safe to assume he’ll play some part in the events of Marvel’s Avengers. 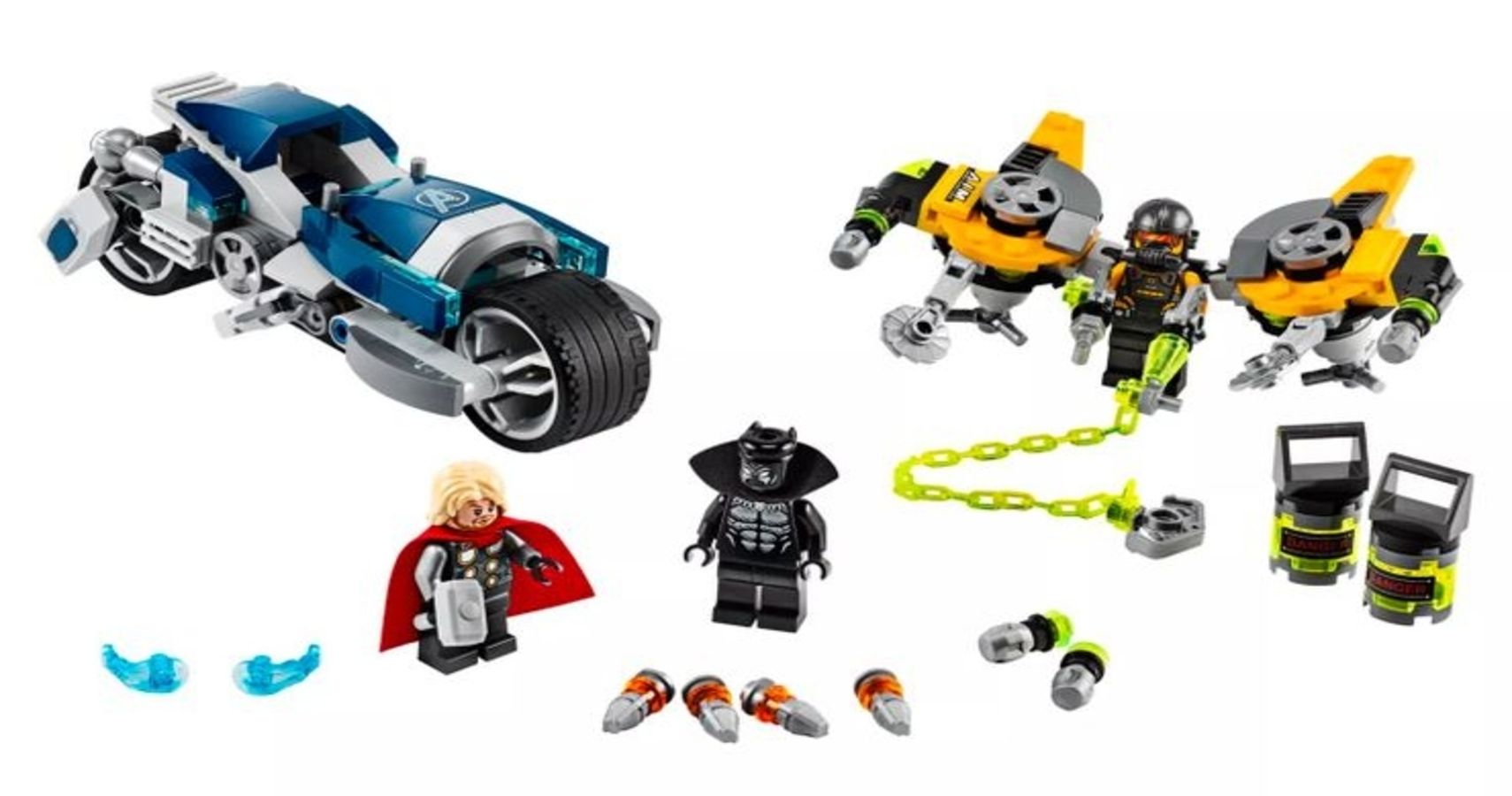 This one might be a bit of a stretch, but a LEGO set for Marvel’s Avengers shows off a speeder bike that is heavily implied to belong to Black Panther. If that’s the case, maybe we’ll see the Wakandan hero somewhere down the road.

For some reason, everyone loves this arrow nocking knucklehead. There’s no evidence that he’s in Marvel’s Avengers as of right now, but this tweet from Bill Rosemann – VP and Head Of Creative at Marvel Games –  shows that he’s on the minds of the developers. He may not appear right away, but it seems plausible that the Avengers’ resident sharpshooter will wind up in the game at some point.

And that’s everyone we know of right now. There are several other big-name heroes that could still be added to the game, but we’ll just have to wait until Marvel’s Avengers releases on September 4 to see who makes the cut. Hopefully, Crystal Dynamics will have more guts than other Marvel game developers and gives us the triple-A budget Squirrel Girl DLC that we all truly want.