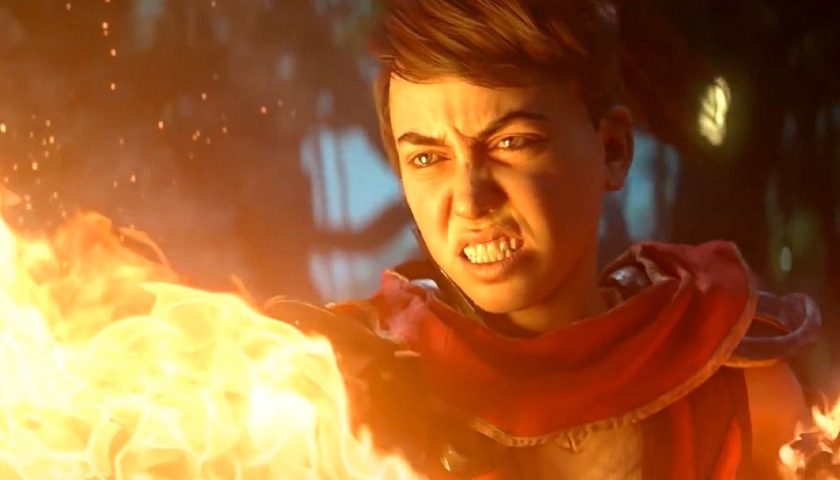 The first week of Magic: Legends open beta hasn’t exactly been a huge success with the community. There’s been an overwhelming sense that the game is far too slow, too demanding, too unfocused, and perhaps even pay-to-win. Add on a cavalcade of performance issues and bugs that come with most betas, and it’s fair to say that Magic: Legends is off to a pretty rough start. While working on my impressions of the game so far, executive producer Stephen Ricossa published a blogpost that addresses a wide variety of the biggest pain points players are having with the game and provides some reasonable, short term solutions. I still have reservations about some of the game’s fundamental systems and mechanics, but seeing a direct response from the developers this soon is giving me hope.

My initial impression of Magic: Legends after ~25 hours is that progression is painfully slow. Starting with the tutorial plane, Tazeem, players can expect to play solo for around four hours before the game opens up multiplayer and its more interesting progression systems. This is somewhat remarkable, considering the structure of Tazeem is identical to any other realm in the game, including a series of multiplayer missions that need to be played with two other players — just not your friends, for some reason.

Every time we got to a new mission, my friends and I spiked the queue. Two of us managed to get into the same lobby every time, but never all three. I can’t imagine why Cryptic decided to block you from playing with your friends for so long, but it was incredibly frustrating to see my friends in the overworld and even occasionally get into the same lobby as them for missions but still not be able to just party up.

After the tutorial, things don’t pick up very much. You have several choices of campaigns to play through next and each one will reward cards of a specific color for completing missions, but there’s a lot of busywork between each mission that doesn’t reward much at all. In fact, until you complete a certain number of missions and unlock planar mana as a reward from public events, all of the overworld questing you’re forced to do is completely pointless. By the time you complete an entire campaign, you’ll have only unlocked six cards, half of what you would need to build a mono-color deck.

The rate of card acquisition is painfully slow. The biggest hook in Magic: Legends is the ability to mix and match spells between any two colors to create a custom deck with powerful synergies, but that experience is completely inaccessible for dozens of hours as you slowly collect cards. Instead, you’ll just be mindlessly casting the same 12 spells as you make your way through each campaign on normal difficulty. It’s definitely not the best showcase of what Magic: Legends combat and character building can be, and it goes on forever.

The one way you can speed all of this up, of course, is by spending money. Right now there’s a new assassin class that can be unlocked by buying packs in the shop, but this only gives you a random chance of getting the class so it’s likely multiple packs will need to be purchased. You can buy the resources you need to upgrade and unlock new spells as well. Before launch, Cryptic was adamant that the real money store would provide variety, not power. Currently, however, Magic: Legends is way too grindy to be enjoyable without the boost that comes from spending cash. It may not be pay-to-win, but it definitely feels like pay-to-have-fun.

To their credit, however, the developers have been gathering feedback from the community and plan to make some major changes to the game very soon. Everything I mentioned and more will be addressed in the coming weeks. Tazeem is getting shortened so that players can group up sooner, the card rewards are doubling so that players can start customizing decks sooner, and the new class will become a reward for completing the battle pass. Additionally, the developers are removing the player collision that has caused a lot of problems with quest givers and improving the overall stability of the game with tuning adjustments on the server side. 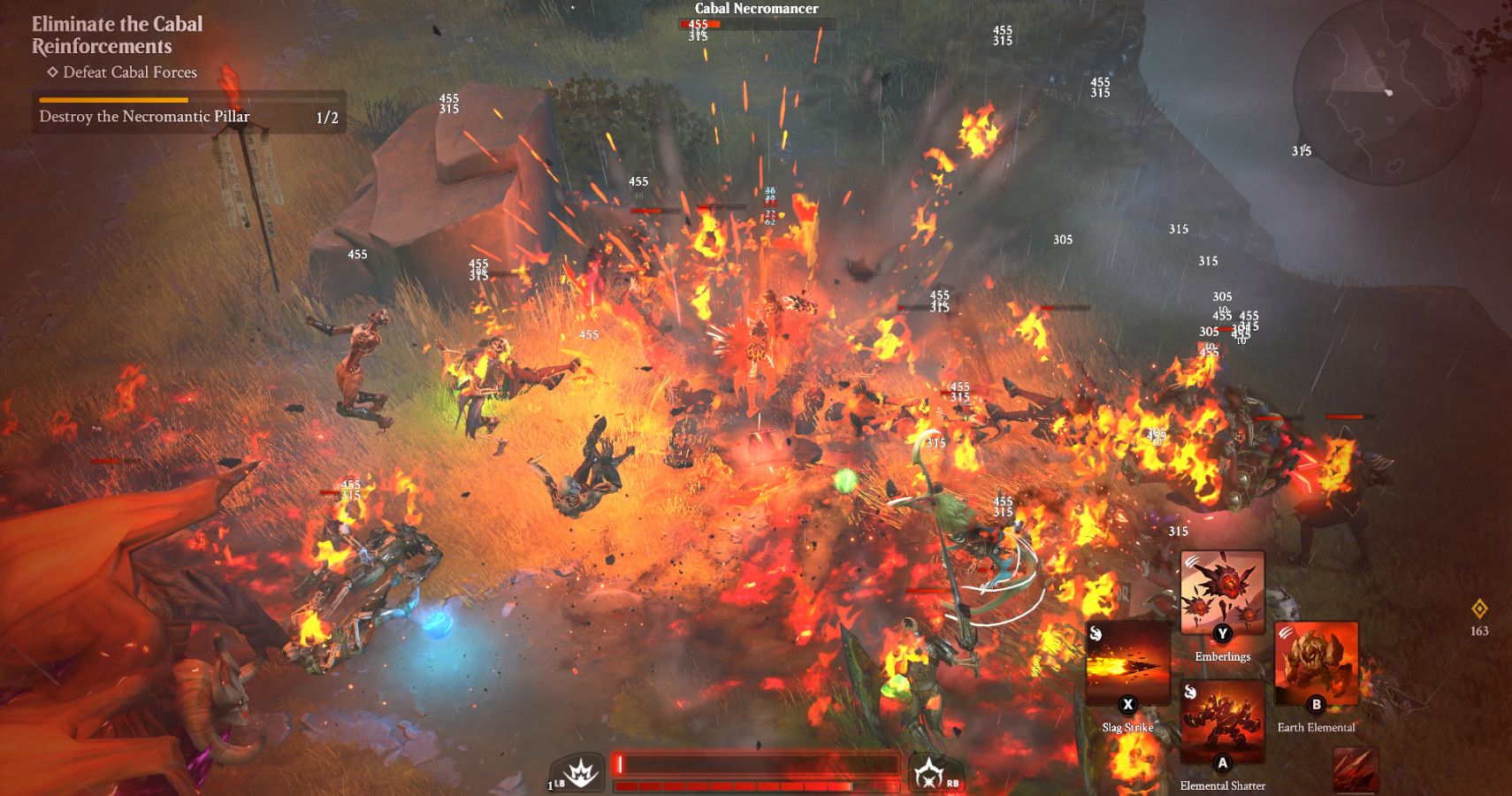 It can’t be overstated how meaningful these quick, assertive changes are to the game. The players expressed their concerns and the developers responded and started making changes immediately. It speaks to a level of commitment to the community that not every studio delivers on, and it makes me hopeful that the game can shape up quickly.

However, I must admit that some of my problems with the game go beyond simple changes to progression and rewards. As a game that heavily relies on being able to summon lots of creatures, the battlefield turns into a total mess very quickly. It’s difficult to find your character and cursor at times, and on normal difficulty it doesn’t feel like anything you’re doing makes much of an impact anyway. You can just summon whatever creatures come into your hand and let them do the work. I expect that modifiers will make combat more interesting later on, but I’ve played over 20 hours and combat is still trivial and frankly, boring.

The missions have some problems as well. Most have non-combat objectives that require you to move to a point or interact with distant objects while endless hordes of enemies follow you or stand in your way. All you really need to do is just run past everything to the objective. Some missions are more walking than fighting, and without a mount, dodge, or run, getting around in the world of Magic: Legends can be incredibly tedious. 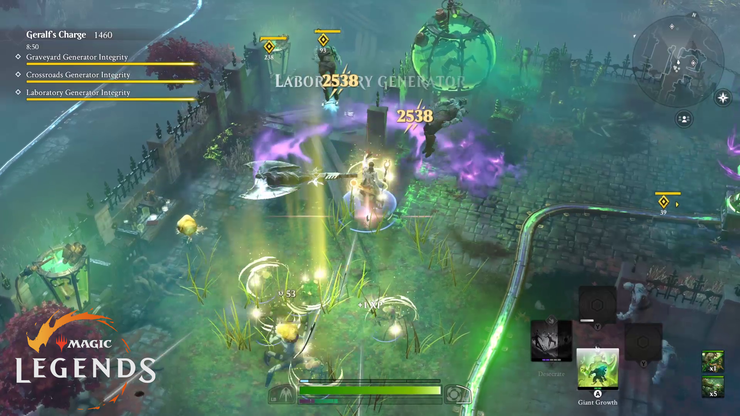 The biggest problem by far is the reward structure. Magic: Legends has a very free-to-play model for rewards. Every time you complete an objective, you are rewarded with a pile of spell pages and assorted materials that you can spend to upgrade your spells, armor, and base. There’s never really a moment of real excitement over a reward because every material you get is just a drop in the bucket when it comes to actual progression. I imagine that new spells can inspire ideas for entire new decks and maybe legendary artifacts can be big game changers, but right now everything feels like a slow, endless grind towards incremental point increases. I can’t believe that a game that translates Magic: The Gathering into an ARPG doesn’t have packs of cards to open. Even if the packs just rewarded the spell pages and an occasional cosmetic, I would be happy. Opening packs to discover what’s inside is a big part of the TCG experience and Magic: Legends doesn’t even attempt to give you that feeling.

Again, big changes are happening quickly, so I have no doubt at this point that the team at Cryptic is ready and willing to respond to player feedback. Ultimately it’s the things that make it different from a traditional ARPG that will make or break Magic: Legends, but I’m looking forward to seeing where things go from here. 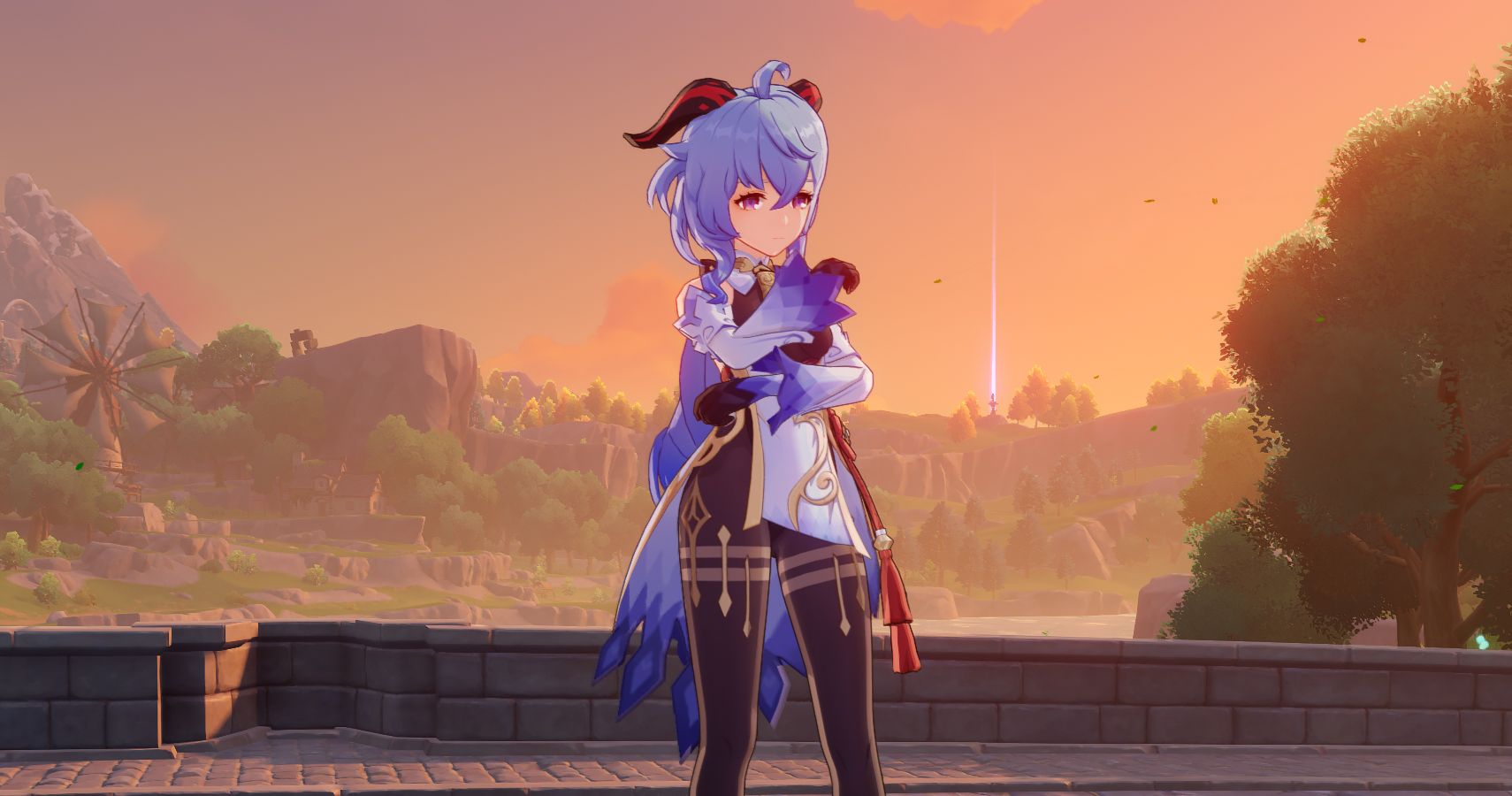 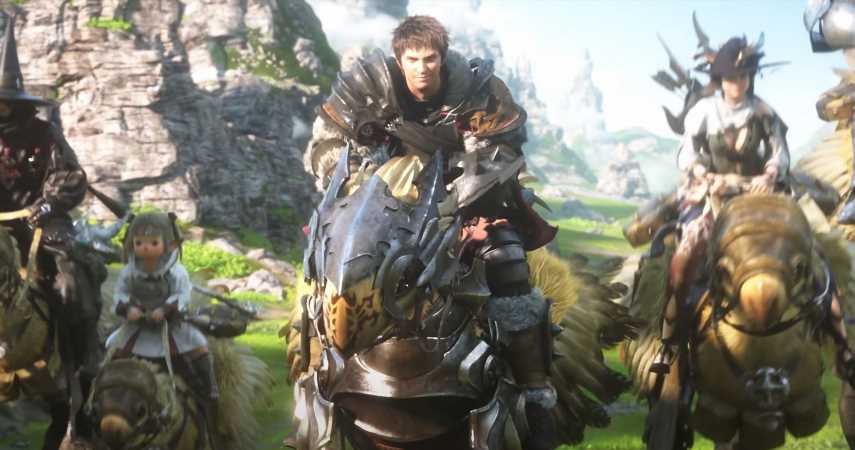 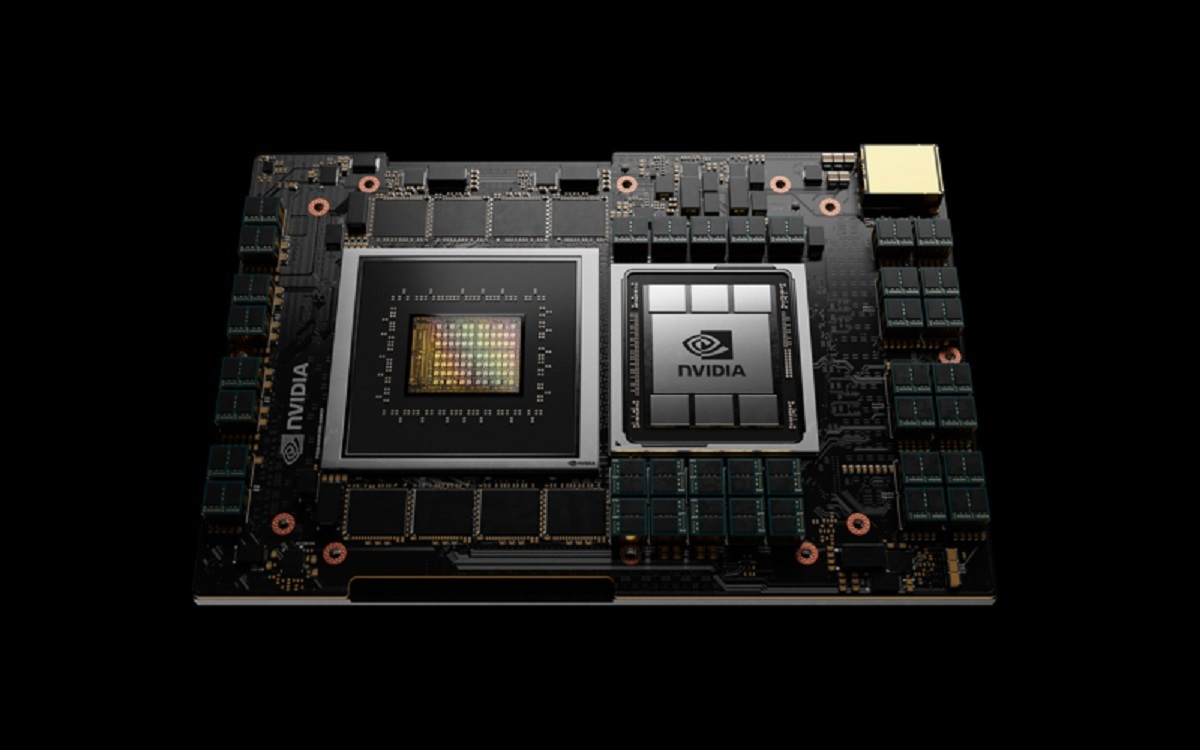