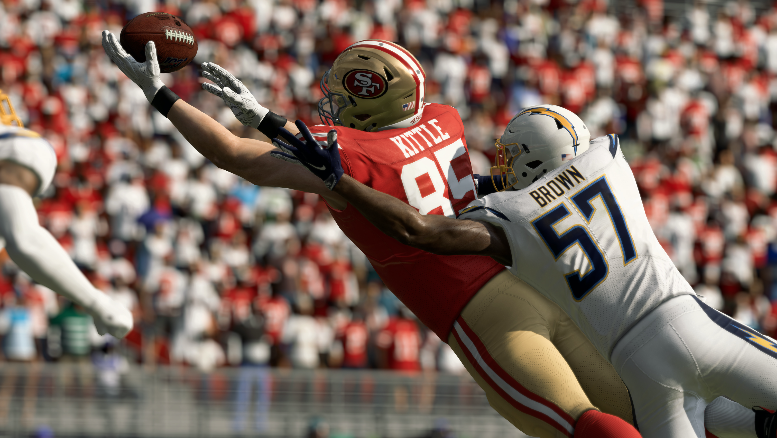 The developers seem to finally have a grasp and control over adapting a shooter to a sports game. Yet it would not be a Madden game without strange hit detection and character animations and they still exist.

An attempt at a story mode is attempted with “Face of the Franchise: QB1” that starts off positively with creating your own Quarterback and going through some College Football games along with the NFL Combine and NFL Draft.

However, it descends into a mediocre story experience with limited freedom and options, becoming just an excuse for “Be a Pro” mode with more steps.

This mode also highlights why it is important for players to have helmets on because the character animations dwell deep within the uncanny valley.

Added to the frustration is that the College Football teams and stadiums are currently locked behind this mode with no option to play a regular exhibition match. This is the antithesis of where Madden 20 falls short.

Throughout the over 20 years of the franchise, features have been implemented and removed for no discernible reason and just limit each year’s overall package. The meme is that each Madden is just a roster update, but in reality, it’s a roster update with elements removed. 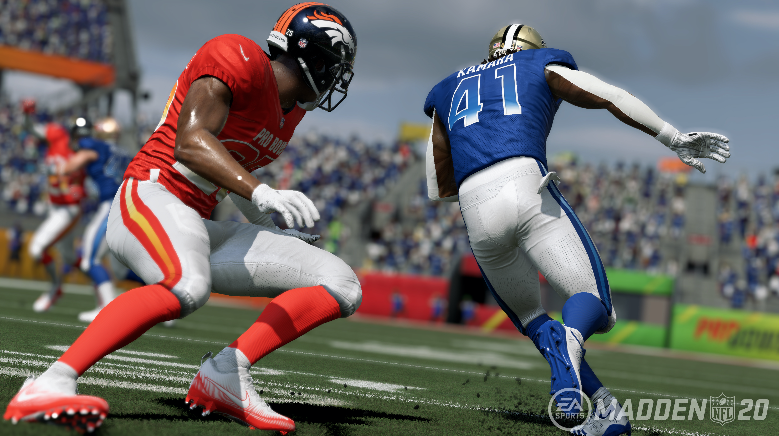 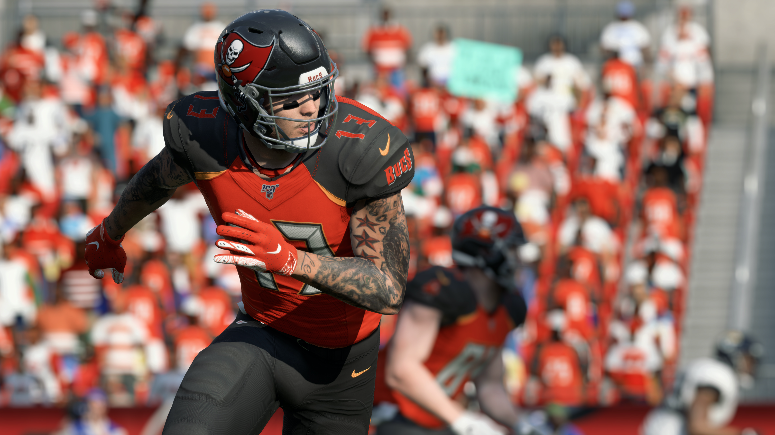 There is an absence of major improvements or changes to franchise mode this year, whereas last year had deep improvements to the mode.

The development effort has clearly been spent on the Ultimate Team in making the grind easier for you. However, still, no Ultimate Team web app that FIFA fans get to spend their lunchtimes on.

Thankfully the solo challenge system has been overhauled by being arranged as missions, giving you a roadmap to upgrade your team.

Furthermore, you don’t have to navigate numerous menu screens and loading times to play different challenges, you can now automatically go to the next challenge.

This allows the grind to be quicker to get through but unfortunately, the necessity of microtransactions to be competitive online can be felt. 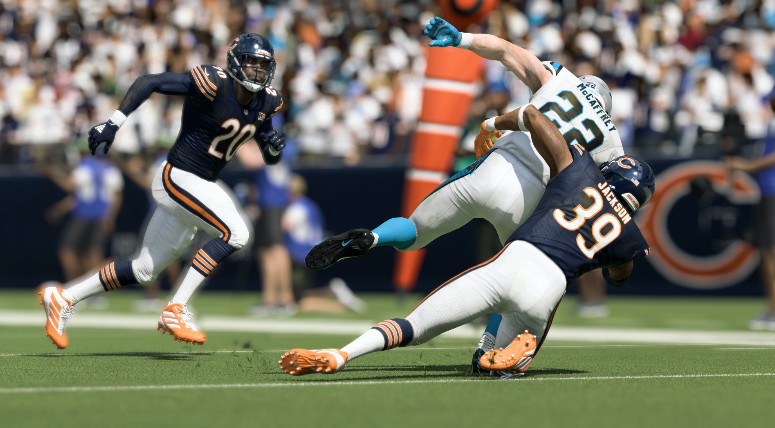 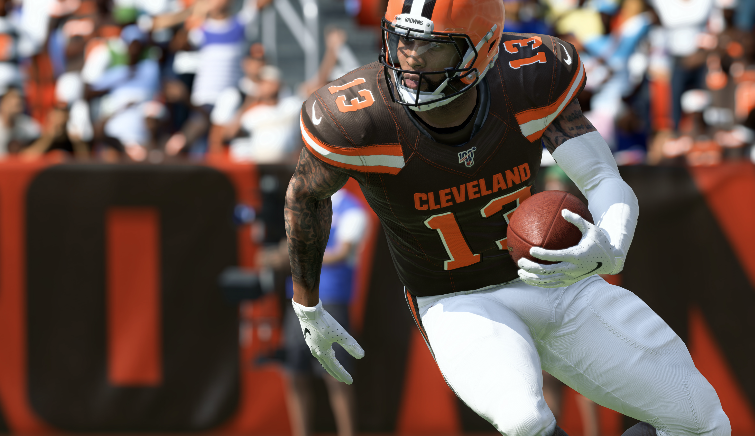 Speaking of online, I have not come across this year’s annoying unstoppable play that everyone uses like Hip Tost in Madden 16 or Slants in Madden 17, but I’m sure it is yet to be discovered

Overall, from the first Pro Bowl game, Madden 20 is a leap and feels like the beginning of the ninth generation of video games.

I daresay this is the beta for a PS5 or Xbox Scarlett release.

The fluid and improved gameplay feel like we are peaking the corner around at Madden 21 on the next-generation of consoles.

Madden games on both the PS4 and Xbox One have been a boring digital microtransaction slog. There is more information than ever on the screen and depending on your preference it can either be informative or overwhelming.

All the extra UI information such as “challenge data” just seems ready for a 4K or 8K screen.