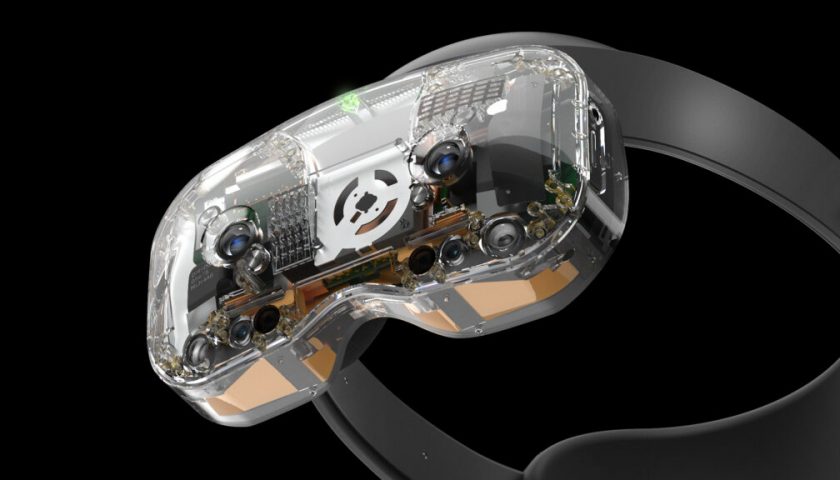 For those after a reasonably cheap mixed reality (MR) headset then French hardware startup Lynx‘s R-1 device is a tantalising prospect. Lynx founder Stan Larroque has been developing the device for several years now, taking that next leap towards consumer availability with the launch of a Kickstarter crowd-funding campaign this month. He’s also revealed the price, $499 USD.

In a new live stream this week Larroque revealed plenty of new details about the company’s plans and what it’s trying to achieve. While he refrained from unveiling a date or funding goal for the Kickstarter, he did say the current aim is to launch the campaign by the end of September between the third and fourth week. Larroque also highlighted several reasons for going down this particular route, aiming to keep Lynx independent from the big tech companies, helping to gauge order quantities for production and thus helping create a speedy delivery for customers.

Obviously, the big news revolves around the price. When the Lynx R-1 was officially unveiled at the beginning of 2020 it was marketed as an enterprise headset retailing for $1500. That’s dramatically changed, with the price coming down to $499. Now, that’s a special Kickstarter price to encourage backers, with a transparent limited edition available for $699 and a pro-enterprise version for $899.

Lynx hasn’t revealed what the eventual retail price will be post Kickstarter or what the main difference will be between the consumer and enterprise models. The R-1 headset specs have already been released, providing a 90° FOV with 1600 x 1600 per eye resolution at 90Hz. Powered by the Qualcomm XR2 platform – the same as Oculus Quest 2 and HTC Vive Focus 3 – the device won’t come supplied with controllers as it’ll use Ultraleap hand tracking as its main input method. However, Lynx R-1 will support the upcoming FinchShift controllers and Larroque did make a teasing comment about: “exploring with another, bigger company that is famous for making accessories in the PC world.”

When it comes to gaming he confirmed that Lynx R-1 will support OpenXR in Q4 2021 and the team has got the headset working with SteamVR. An early test showed Larroque in SteamVR’s home via a tethered USB-C cable. In the future, the team plans to enable WiFi 6 streaming that’s built into the device.

The Lynx R-1 certainly promises an interesting alternative in the XR hardware market and as further details are revealed, VRFocus will let you know.