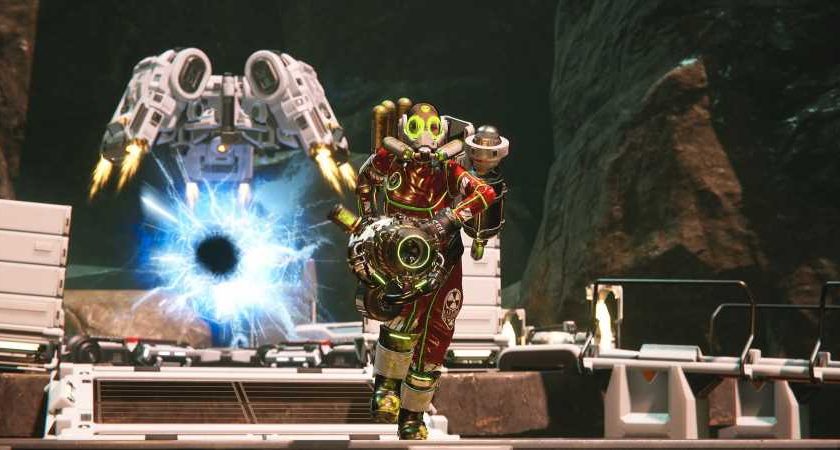 I’m not sure you can really understand what Lemnis Gate is until you play it yourself. I haven’t been able to stop thinking about Lemnis Gate’s totally original gameplay since I demoed it several weeks ago. While it combines familiar elements of shooters and strategy games, there’s no other game even remotely close to this out there. Playing Lemnis Gate reminded me of the first time I saw Auto Chess, simply because it’s so difficult to figure out what the hell is going on until you actually get your hands on it, but things click into place very quickly when you play it. Lemnis Gate may look like a shooter, but it’s a deeply strategic game that asks you to plan every move you make in the present, the future, and even the past.

The simplest way I can explain Lemnis Gate is that it’s a hero shooter turned into a game of chess. The heroes are your chess pieces, and the chessboard gets reset every time you make a move — but you’re never allowed to change the moves you already made. If that sounds confusing, that’s because it is. But Lemnis Gate has a pretty elegant way of teaching the basic mechanics to new players that will at least help you understand what you can do in the game. What you should do is a completely different matter, however. How you use the game’s mechanics to outsmart and out-plan your opponent is the core of Lemnis Gate, and what makes it such a fascinating experience.

While there are a few different game modes in Lemnis Gate, I’ll just start by explaining the gameplay as simply as possible. Lemnis Gate is a 1v1 turn-based shooter. There are a variety of objectives across several maps that may involve capturing orbs and returning them to your base, destroying/defending an object, or competing to capture several points spread out across the map. Players take turns selecting a hero and completing objectives in 25-second rounds.

Let’s say you get to take the first turn. After you choose your character for the first turn, you’ll have 25 seconds to freely run around the map and do whatever you’d like. You can complete an objective, fire into a doorway, or use your abilities (depending on the hero you select). You can do anything you like, and you’ll be completely unopposed by your opponent for the full round. Next, the other player takes their turn. They saw your actions during your turn, and now they’ll see a replay while they select their character. When their turn starts, their 25-second turn overlaps with your 25-second turn. This means that your character takes all of the exact same action you took on your turn, but now, your opponent can interfere with them by killing them, getting to the objective before them, or otherwise disrupting your actions with their abilities.

When it’s your turn again, you can select a new hero and replay the same 25-second turn, now alongside the ghost of yourself from your first turn and against your opponent’s ghost from their first time. Each round continues on like this, back and forth, until both players have added five different heroes to the map.

When I realized how everything worked during my play session, it set my brain on fire. Lemnis Gate asks you to strategize in ways you’ve likely never had to before. The technical skill of aiming and shooting is a very small part of the game compared to the mental gymnastics you’ll need to perform to outwit your opponent. Even in the first round, you’ll have huge decisions to make. Do you use your time to pursue an objective, kill your opponent to stop them from completing their objective, or set a trap for their next turn? Can you do more than one thing this turn? You can only play each hero once per game, so the character you choose each round is just as important as the way you spend your time on your turn. What really struck me about Lemnis Gate was just how much variety it offers in strategy. Every choice you (and your opponent) make has an exponential effect on all the subsequent choices you can make. The first couple of turns might be fairly simple with players taking objectives and killing each others heroes, but there’s seemingly no limit to the complexity of decision making once you have multiple objectives, targets, and “teammates” all stacking up. A single big-brain play can completely turn the tide of the game in your favor. Almost every game I played came down to the last turn, and it was impossible to tell who was going to win until those final moments.

There are also more characters to choose from than are possible to use in a single game. While all of the heroes and their abilities are fairly straightforward, there’s so much depth to the way you use these abilities. For example, one of the characters can deploy a bubble shield. It’s a simple mechanic, but there are so many ways to use it. Your first instinct might be to drop it on top of an objective, but it might end up being a lot more useful if you drop it on the spot where you died in a previous round, or use it to block a door that multiple enemies shoot through, or even use it to set up an unexpected play in the next round. And that’s just the basic game. There are also two 2v2 modes, one where all four players alternate turns, and one where both teams play their turns simultaneously. I found the normal 2v2 mode to be the best way to play the game. The strategic elements of the game compound even more once you have to work with a teammate to plan each turn. The other 2v2 mode goes by extremely fast and doesn’t have the same level of teamwork or coordination, I find, but some tuning to this game mode could definitely change that.

Lemnis Gate unlocked a strategic part of my brain I didn’t even know I had. The first few rounds made me feel like I was learning a new language. Even once I understood the fundamentals of Lemnis Gate, I still found myself sometimes struggling to do the right thing at the right time. It seems like the perfect easy to learn, hard to master game.

While I only had the chance to play two maps and two game modes, I get the sense that the potential for map and objective variety is practically unlimited. It’s always hard to tell what the reaction will be to something as totally original as this, but Lemnis Gate really struck me as the perfect marriage of first-person shooter and strategy game.