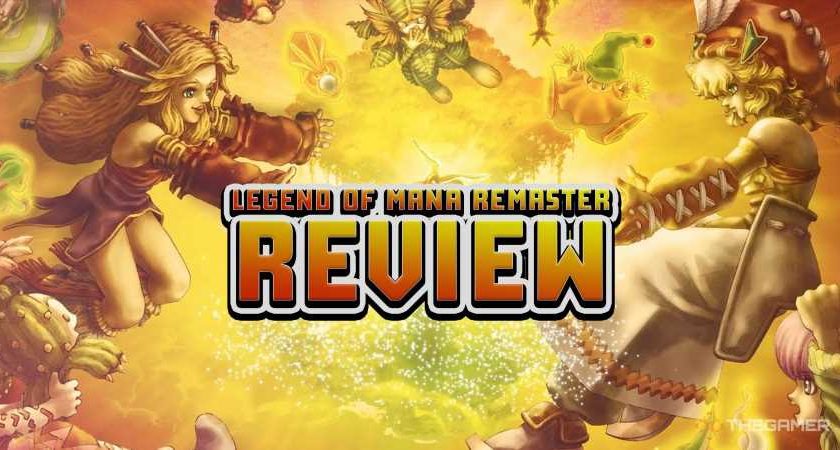 I’ve always been a fan of the “other” games in a longstanding series. Crystal Chronicles might be my favorite Final Fantasy game of all time, while Majora’s Mask and Wind Waker beat out Ocarina for my favorite Zelda game. There’s just something about a break in the traditional formula that captures my attention. That’s even more true when a game is about stories rather than one central story – again, Crystal Chronicles. Legend of Mana brings that same quirky charm to its remaster, along with some pleasant (one unnecessary) new features.

Square Enix’s Mana series is typically about a group of fantasy heroes who must protect the mana tree from evil forces who would misuse its power. They also tend to emphasize active combat and multiplayer co-op, things that were uncommon of JRPGs in the ’90s. Legend of Mana, originally released on PS1 in 1999, also features real-time combat with optional two-player that’s somewhat drop-in, drop-out. Where it branches off is its story, or rather lack thereof. Instead of a standard plotline, players are given the freedom to pursue several short story arcs and create the map of the world as they go. 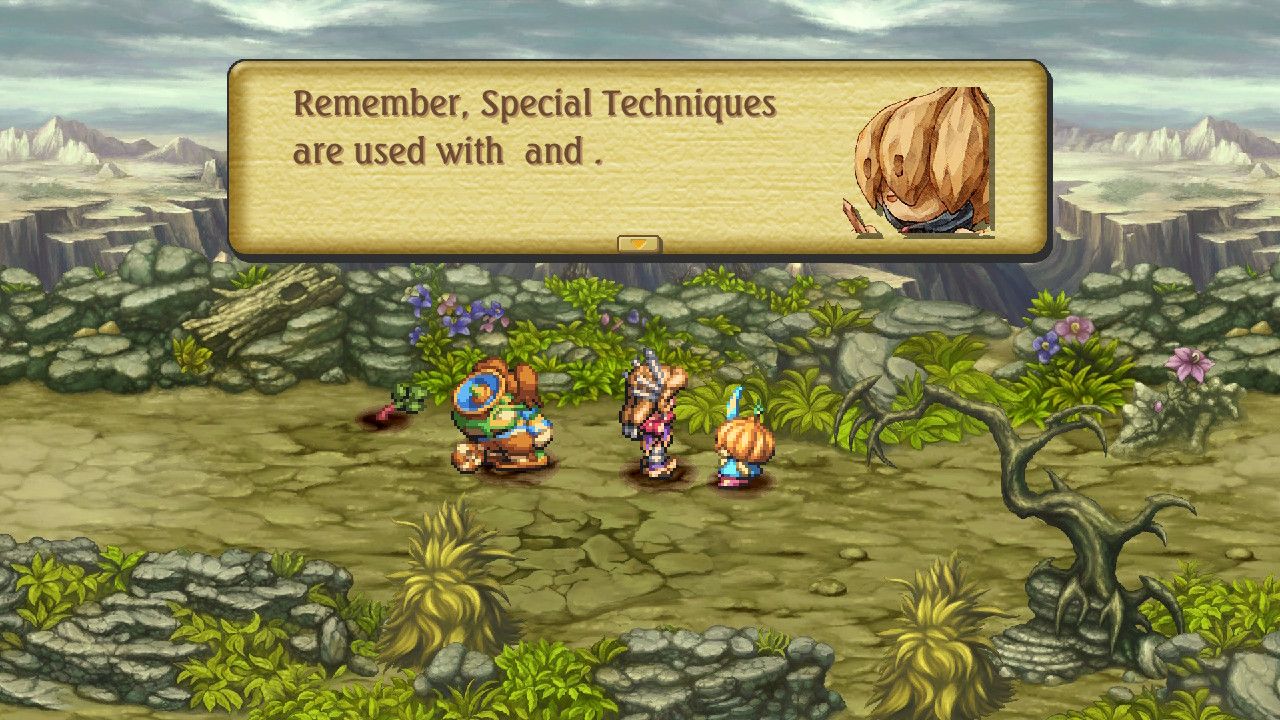 I’ll admit I initially found it hard to get invested by simply being told “There was a Mana Tree, now there’s not, go!” It removed any sense of stakes, so that the battles against epic bosses fell a little flat. They were huge, the JRPG guitar was shredding my face off, and the background was showing me the birth of the universe and other colorful spectacles. But since there was little build up to the bosses’ goals, they were just another thing for me to beat on. Instead, it was Legend of Mana’s individual scenes that stirred the most emotion.

The writing in Legend of Mana is funny, cheesy, unexpected, and sometimes too real. So it’s anime, basically. Because they’re not tied to the fate of the world, the questlines are free to go in any direction they please. Many take advantage of this to have you get answers from a fruit psychic, upend a centaur romance just as it’s getting good, or kill off characters that seem essential. Yet these tonal swings work, creating a vibrant world of drama, whimsy, and adventure. All of this is presented faithfully with the text boxes, sprite characters, and hand-drawn backgrounds of the PS1 era, albeit with UI tweaks and formatting for newer platforms.

It’s in these tweaks where Legend of Mana proves itself to be a great port. Aside from attempting to create a feeling of personalization, the goal of Legend of Mana’s loose approach to story is replayability. New Game+ lets you keep your levels, weapons, and pets from previous runs so that you can create a minmaxed monstrosity or speed towards those quests you missed the first time. The remaster aids in this with two key features: Quick Saves and Encounter Toggle. Quick Save replaces the need to find a statue to record progress, and Encounter Toggle stops enemies from attacking you every time you enter their area. So much of the mid-to-late game is backtracking to find characters and trigger quests, and these two features take away the tedium of that. For the most part, anyway. 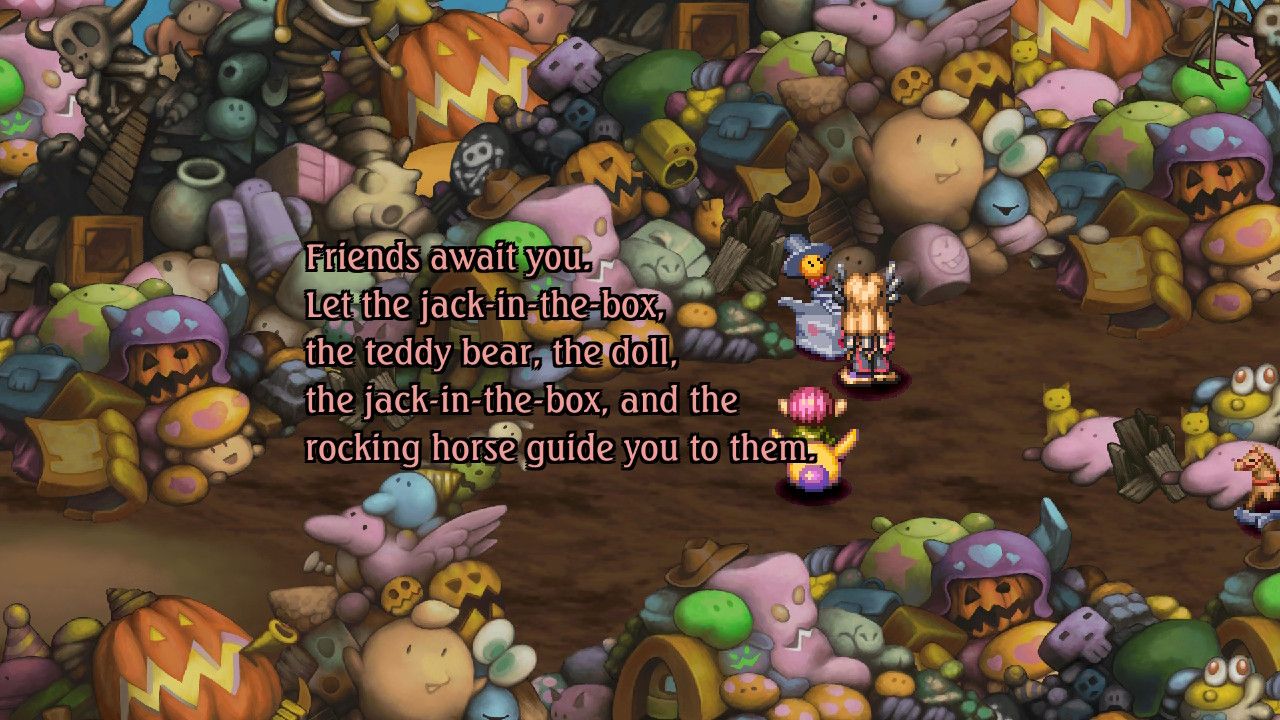 Quality of life updates are always welcome, but a simple remaster doesn’t change the ’90s game design. All locations that aren’t towns are labyrinths, so completing the majority of quests comes down to finding the correct path, carving through mobs along the way, and ending with a boss battle. I got tired of mazes after a while, and the static background art didn’t help to stave off the sensation of sameness. Puzzles are a test of memory instead of skill or logic, so victory isn’t very rewarding.

The most ’90s thing in Legend of Mana, however, comes to the West courtesy of this remaster. Players can capture monster eggs and raise them into AI-controlled battle companions. In the original Japanese release, this element came with the addition of PocketStation support. Players could put their monsters into the tiny device and gain experience points on the go. Now, the remaster comes with built-in Ring Ring Land (the name of the PocketStation game) in all regions. After only a few minutes of use, I saw it for what it was: an attempt to get in on the Monster Rancher/Digimon/Pokemon craze of the time.

That’s not to say following a trend is bad by default. Ring Ring Land just fails in not being fun or useful. The whole thing is decided by dice rolls. Your goal is to get your monster to complete 1-3 laps around a track, battling other monsters along the way. Lose enough times, and you get nothing. There’s no items to manipulate your rolls, and there’s no way to strategize how to move along the track safely. All you can do is hope you roll consistently high. You don’t even get much experience for winning Ring Ring Land – you’re better off just taking monsters with you to battle. 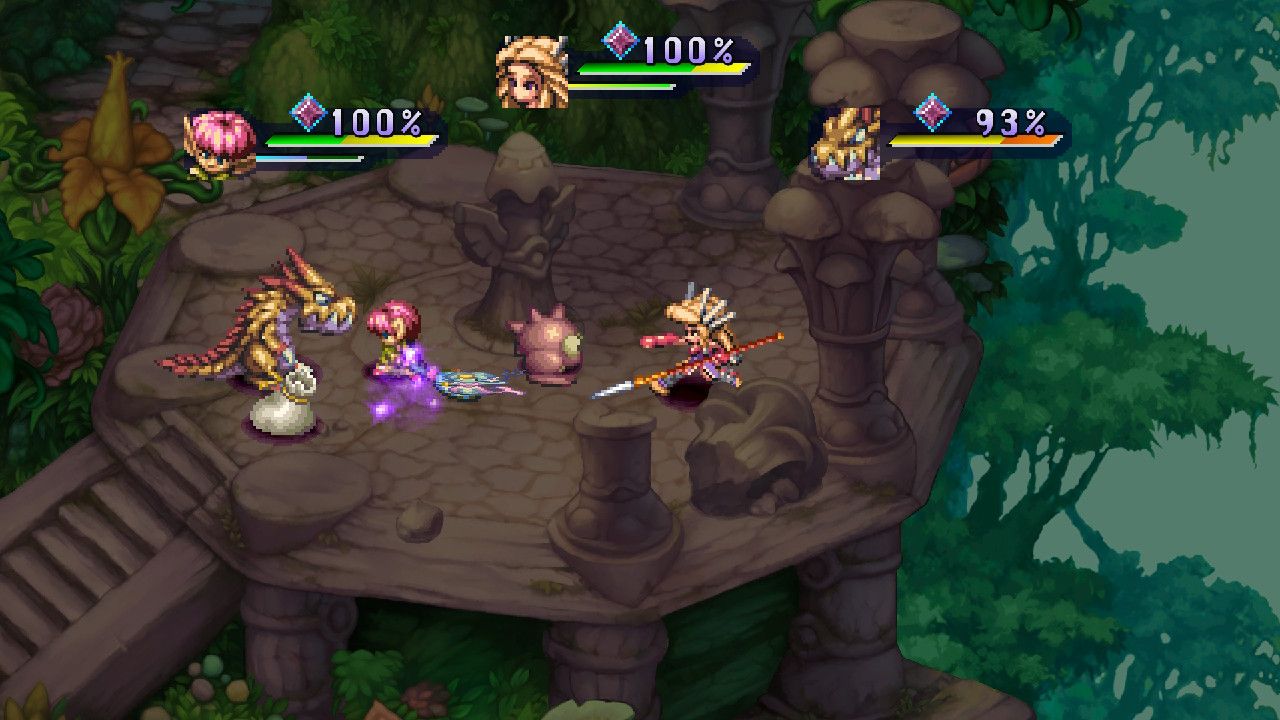 Legend of Mana is a competent port of an odd little game, which is honestly an achievement for Square Enix. The fun of the original is intact, and small quality of life additions help ease the grind of ’90s JRPG design. Ring Ring Land doesn’t add much, but it doesn’t take away either. The Mana series has gotten a lot of love from both fans and Square Enix recently, and this Legend of Mana remaster keeps the brand growing strong.