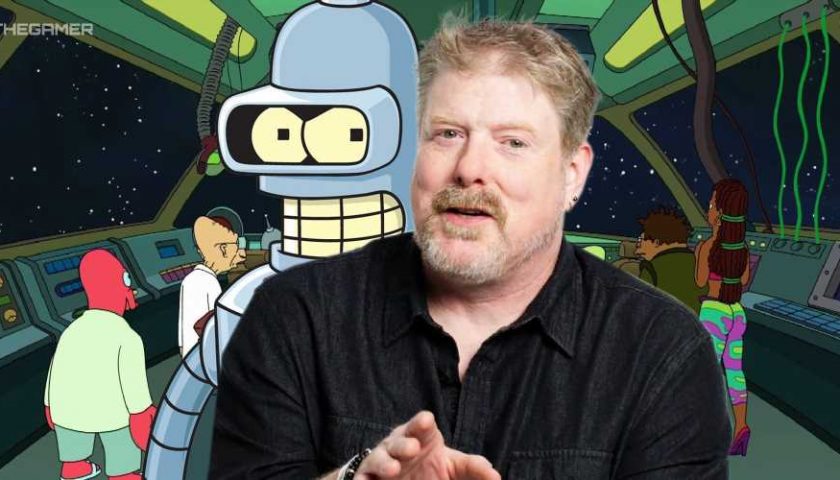 A few weeks ago it was revealed that Futurama was, once again, coming back. There was no discussion at the time on whether or not this was a good thing, but instead we were all quite rightly focussed on John DiMaggio getting stiffed. Though the rest of the cast would be returning, the fact DiMaggio – voice of Bender, but also Elzar, Joey Mousepad, Randy, etc. – was missing out, apparently through being "lowballed", cast a cloud over the whole affair. Now that DiMaggio is back, we can celebrate the full return of Futurama. As a huge Futurama fan myself, all I can say is this – I still think it's a bad idea.

Don't get me wrong, I'd rather it was happening with DiMaggio than without him. Bender is the Futurama character, and even though Fry is a 20th century guy flung into the 31st century, Bender has long eclipsed him as the central character, even if the emotional beats still come through Fry and Leela. There's also the matter of principle – DiMaggio helped make the show what it is, and if they're getting what is likely to be the last payday, DiMaggio should be included. Not just included, but compensated for making Futurama as valuable as it is today. After the previous revival did right by the supporting cast like Lauren Tom and Phil LaMarr (Amy and Hermes), elevating them to the main cast, trying to cut DiMaggio out did not sit right with fans.

That issue's done now. DiMaggio's back, baby. But why does Futurama need to return at all? Futurama has made a career as the comeback kid. Its first four seasons are unanimously known as its best, and it ended with one of the best finales not just in animation, but in the whole of television. This was followed by continued pressure to bring it back – it went out at the top, and had it continued on into seasons five, six, seven naturally, it may have built a Golden Age similar to The Simpsons – which eventually resulted in four straight-to-DVD movies. These movies were pretty solid, but again led to a period in the wilderness before it was brought back for another season, this time on Comedy Central. 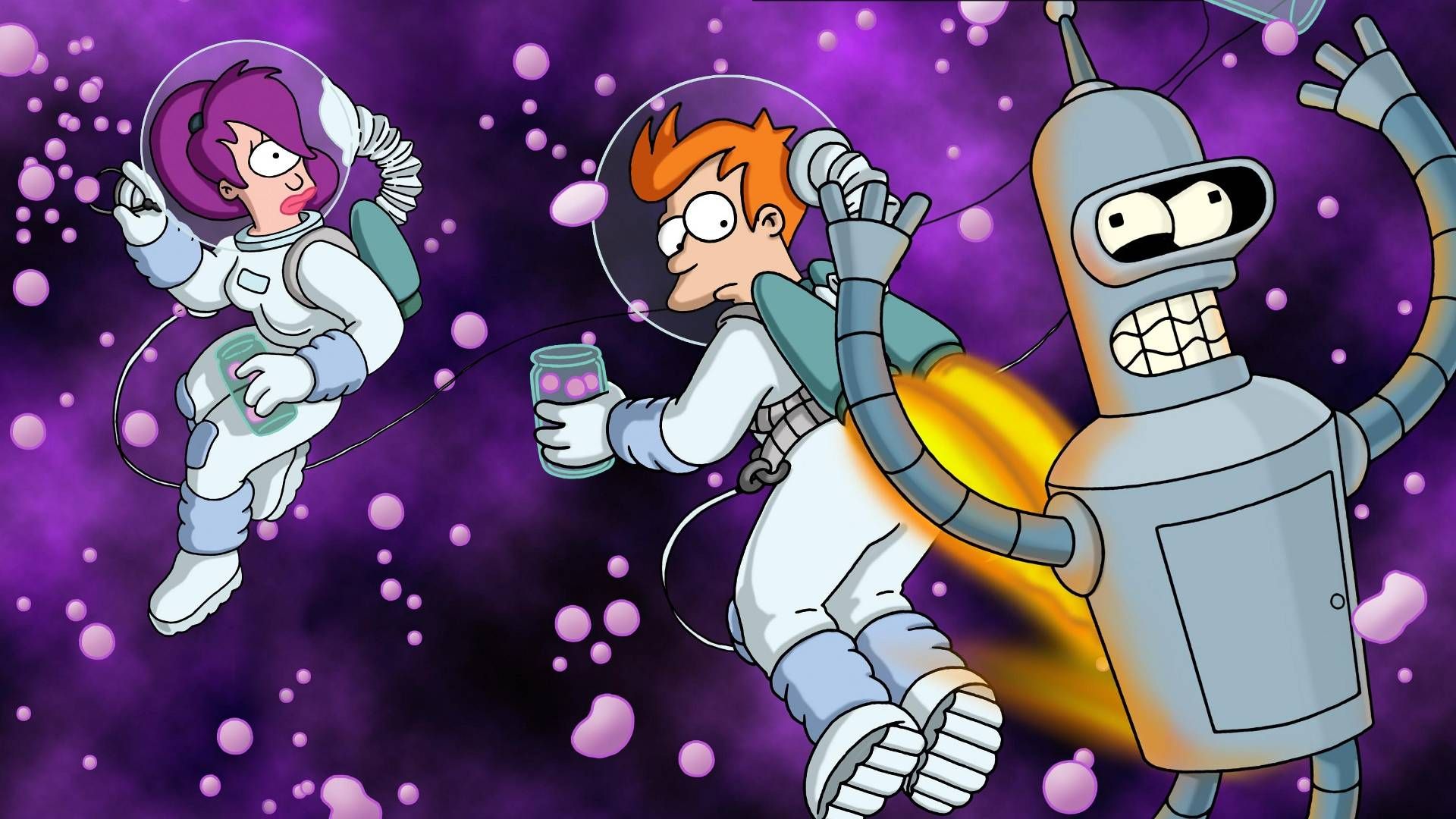 There was a four year break in between season four and the movies, and then another until season six (the movies are collectively known as season five), meaning five years between maybe the best finale in television history and the show coming back. The Comedy Central seasons are… fine. They're okay. Lethal Inspection, The Late Phillip J. Fry, and Cold Warriors have the typical Futurama schmaltz without quite eclipsing Jurassic Bark, and Meanwhile, the series ultimate finale, managed to, if not live up to The Devil's Hands Are Idle Playthings, then at least not be embarrassed by it. The storytelling in the revival series is pretty good. The Prisoner of Benda, Game of Tones, The Thief of Baghead, Benderama, and Overclockwise all have the narrative might of the original fab four. Futurama is one of the best animated storytellers, but it's also a comedy show. The revival series just wasn't that funny.

I've watched them all, the originals, the movies, and the new ones, multiple times. I love Futurama, but I can understand that it cannot and should not go on forever. The Simpsons has endured some rough patches, and while season 33 has been one of the brightest in recent years, when the time eventually comes that time is called on 742 Evergreen Terrace, I think I'll be relieved. Disenchantment has suffered from the strange rollout of writing all four segments at once, then drip-feeding them over two years, making it feel like little progress has been made on the flaws, but it deserves a chance. The first chunk of Disenchantment wasn't too far off the pace of Futurama's first season, and was considerably better than The Simpsons' first go around. With a little more care, it could have been great. Maybe it still can be. It's far more narrative driven even than Futurama, and the Comedy Central seasons showed that even when the laughs disintegrated, the story was always there. 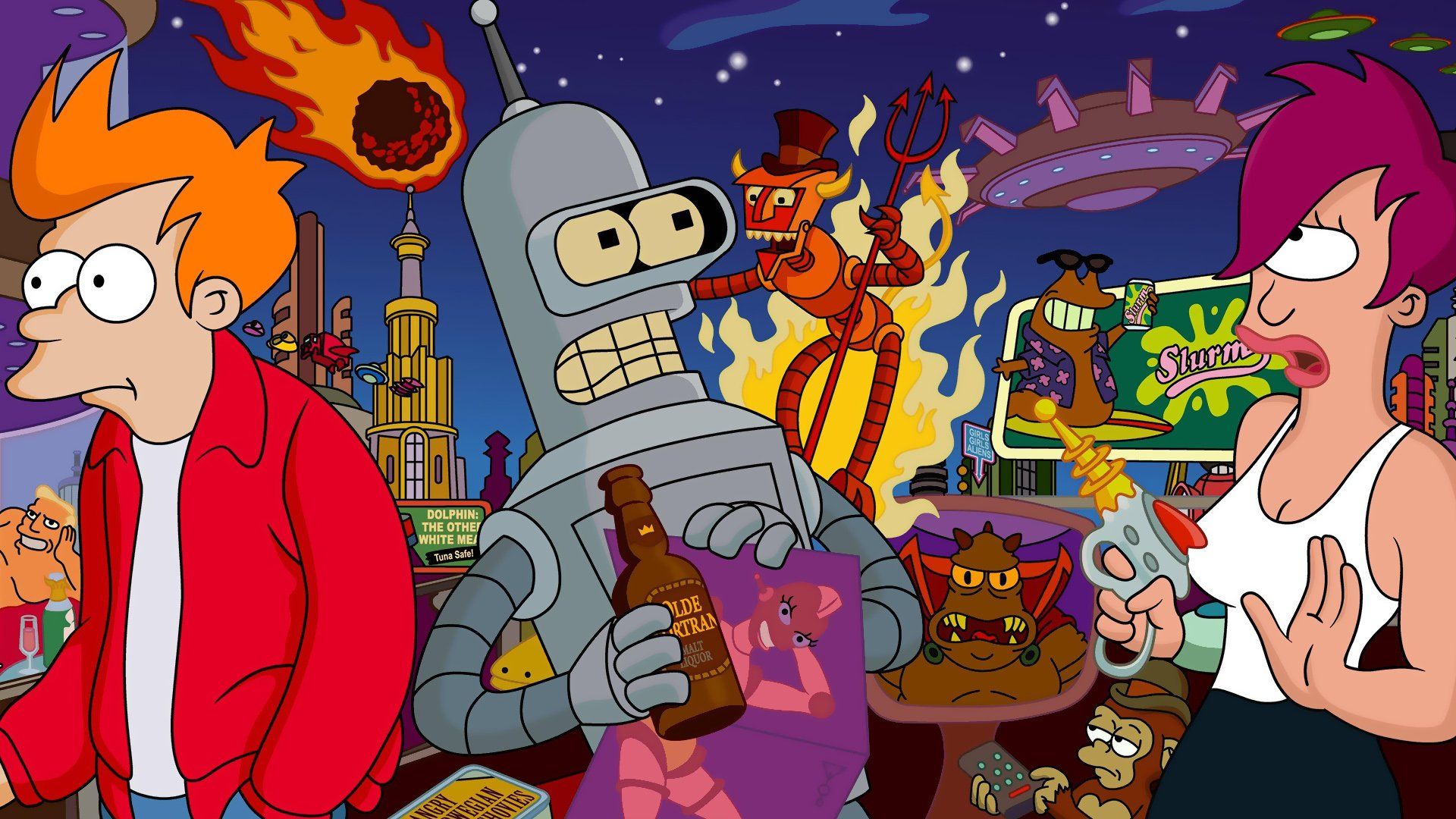 Mostly I think it's okay to let things die. It's okay for a thing to be good and then go away. We have more access to media now than at any time in human history, and it couldn't be easier. That's not to say new things shouldn't be created, but the emphasis should be on the new. We have four classic seasons of Futurama, four movies, and two revival seasons. It's enough. We don't need all these remakes, remasters, reboots. It's okay to like a thing as a child and then continue to like it as an adult without needing more more more of it. Just let things be. Futurama doesn't need to come back again. There's plenty of Futurama for us to enjoy already.