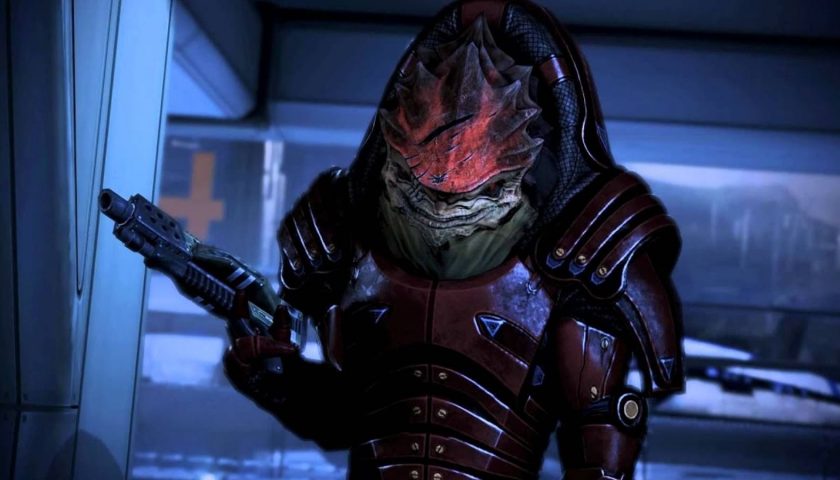 Liara T’Soni is brilliant. I’ve always been a fan of everyone’s favourite space paleontologist, who’s a bit like Ross from Friends – ostensibly clever and quiet, but actually silly and very funny. I can absolutely see Ross leaving his gig at the museum to become a spymaster with extensive records on every known and unknown being in the universe. I’ll never forget figuring out that Liara was the Shadow Broker – that was better than most of the stuff in the main game.

While I’m fairly chuffed to see that BioWare hasn’t forgotten about everyone’s favourite asari scientist, I’m also incredibly sceptical. What does this mean? Is it Mass Effect 4? Mass Effect Andromeda 2? Both? I personally reckon it’s both, but still – it’s all a bit up in the air right now.

This is why Liara being confirmed for the game isn’t really doing it for me, despite how great I reckon she is. Sure, there’s some remnant of Shepard’s story here, residual slivers of memories that have survived for centuries in one of the Milky Way’s most brilliant minds. Liara may not know what happened for sure, but out of everyone on the Normandy, I reckon her and EDI are the only ones who could put together a solid guess. But that’s exactly it: who else is left from the Normandy, eh? 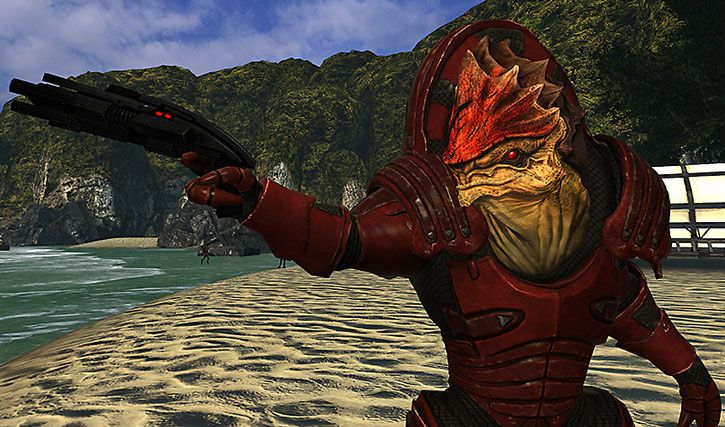 I mean, Joker’s dead, right? He’s a human being – even several centuries in the future with hyper advanced med tech, there’s no way you’re living to 600. Same goes for James, Kaidan, and space racist Ashley Williams. Sorry, I can’t say her name without qualifying her for what she is.

The only way Mordin can survive is if you trick Wreav, which, like… why would Wreav even be in your game. That’s a statement, not a question. Even if you for some stupid reason do this, salarians die at around 40. Jack’s gone, Jacob’s gone, Miranda’s gone. I hate to break it to you, but both turians and quarians have an average mortality of 150 years, so Garrus and Tali are gone too. Aside from asari like Liara and possibly Samara, the only original Normandy crewmates left are the biggest and most badass bruisers in the galaxy: the krogan.

So, BioWare, where the hell are Wrex and Grunt?

Mass Effect has loads of fantastic characters, but Wrex is by far the best one. I’ve already written about that, so I won’t bore you with the details of why that is categorically correct here, but you know… it’s categorically correct. Grunt is amazing too, mind, and has one of the single best and most contextually sound loyalty missions in Mass Effect 2. He’s just drastically superseded by his elder, the inimitable Urdnot Wrex. 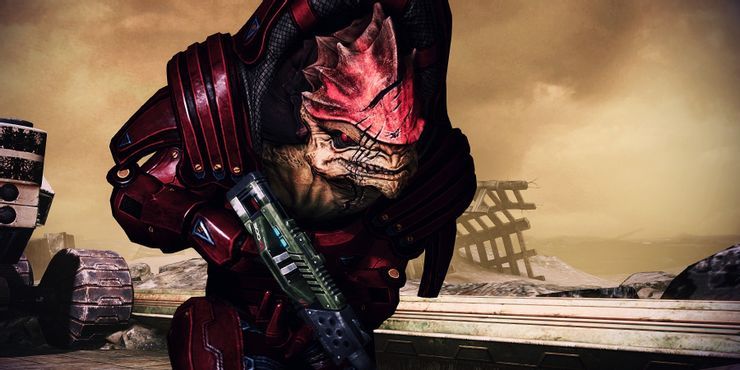 As a Dickens fan, I don’t use that word lightly – The Inimitable may have been the GOAT of Victorian lit, but Urdnot Wrex is the GOAT of Milky Way history. While his age is never specified in the series, he was alive during the krogan rebellions, which puts him in or around 1,000 years old at the very least. Krogan lifespans are hard to predict because so many of them die of unnatural causes – AKA kicking the shite out of each other – so it’s tough to tell whether Wrex would still be alive in the next Mass Effect. However, Okeer in Mass Effect 2 – who dies shortly before you find Grunt’s tank – was older in that game than Wrex would be now. Okeer was also a warlord, but an exceptionally smart one, and even he didn’t die of natural causes despite being close to or even over 2,000 years old. Arguing that Wrex is still alive in the next Mass Effect game is not only valid, but likely – he’s the first krogan chief to unite the clans, which means the krogan have probably been able to progress rapidly since Shepard died.

With Grunt there’s no need to argue. He’s a baby in Mass Effect 2 and is genetically engineered to be the most perfect krogan of all time. He won’t just be alive in the next Mass Effect – he should be absolutely thriving. That scene in Mass Effect 3 where you think he’s dead but then he blasts his way through a million aliens like Jason Statham except he’s made out of rocks and bullets is a real all-timer.

Most of the main cast from the original trilogy are bound to be dead, unless they were cryogenically frozen or the Illusive Man had some secret potion that made people immortal or something. Liara’s alive, as evidenced by the trailer, and Samara or Morinth could be too. EDI’s inorganic, so she should also be knocking about. But everyone’s forgetting about the two krogan boys, the biggest legends in Mass Effect history. If they’re in the next Mass Effect game and get to meet my main man Nakmor Drack from Mass Effect Andromeda, I don’t care about anything else. Just let us romance them this time around, yeah?

Next: The Beauty Of Abby’s Found Family In The Last Of Us Part 2 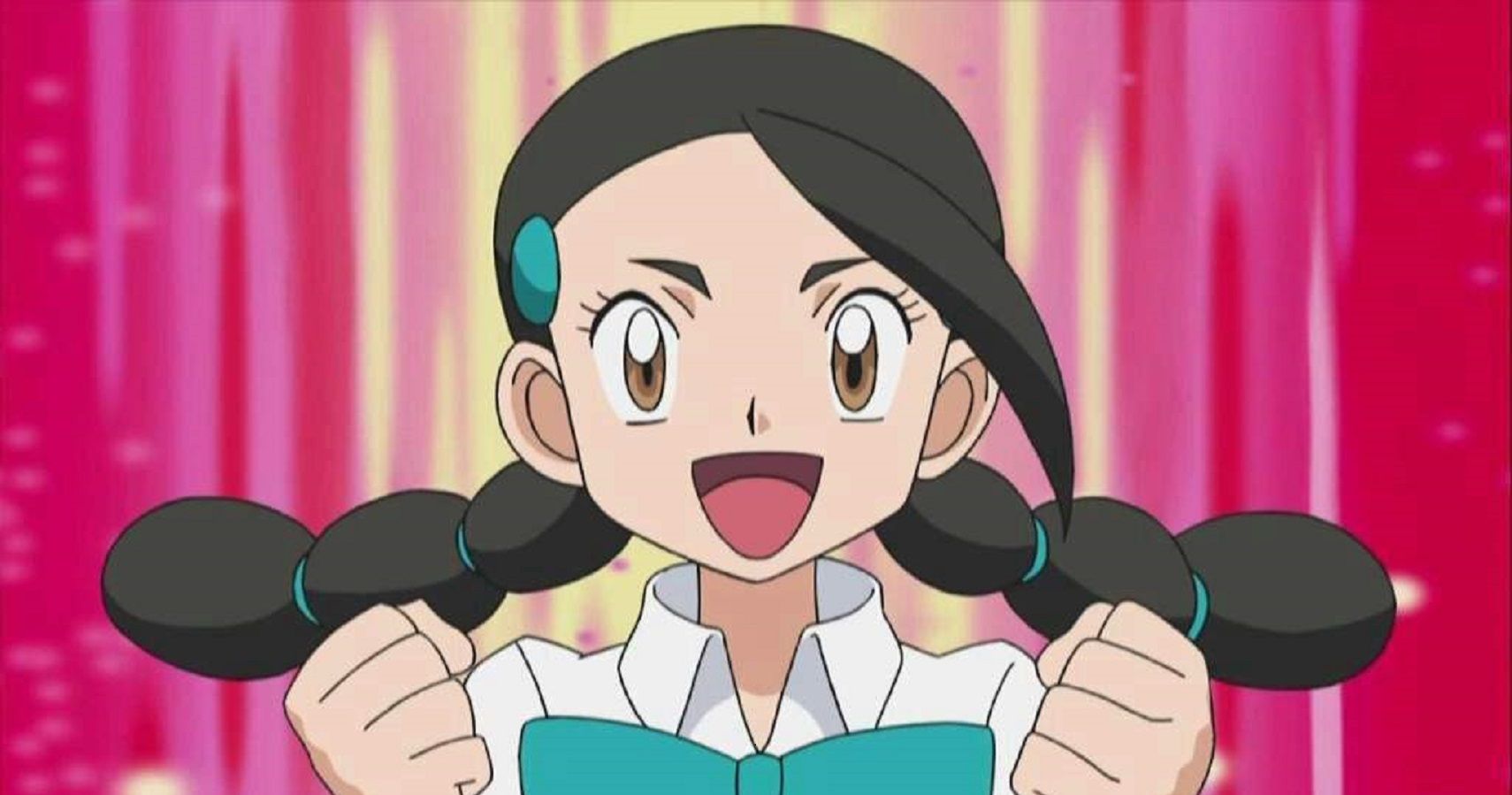