I think Luigi and I feel the same way about being scared.

Every new room in a horror game sends my heart into my throat. Every tiny movement could be something waiting to jump out and grab me. My imagination is often more vivid — and terrifying — than any actual monster I end up facing.

In Luigi’s case, the ghosts haunting him in Luigi’s Mansion 3 are quite real. His panicked muttering as he turns a doorknob, and his habit of jumping at every little bump in the night, are justified. He never becomes less terrified, even as he clears floor after floor of ghosts in a haunted hotel.

This is our scaredy-cat hero’s best adventure yet, and it’s made even better by just how much he dislikes being on it.

Luigi and his friends — Mario, Peach, and three Toads — arrive at a gleaming hotel with the promise of a relaxing vacation. (Haven’t they been fooled by this trick before?) The hotel doesn’t take long to reveal its haunted side, trapping everyone except Luigi in paintings, and forcing him reluctantly on the rescue yet again.

The premise isn’t exactly new. It’s been most of the decade since Luigi’s last spooky foray on the Nintendo 3DS, and the series’ well-defined style has been elevated by the extra power of the Switch. Every hotel floor in Luigi’s Mansion 3 brims with detail, and the environmental lighting is just atmospheric enough to capture the haunted vibe without leaving me to fumble through the dark. 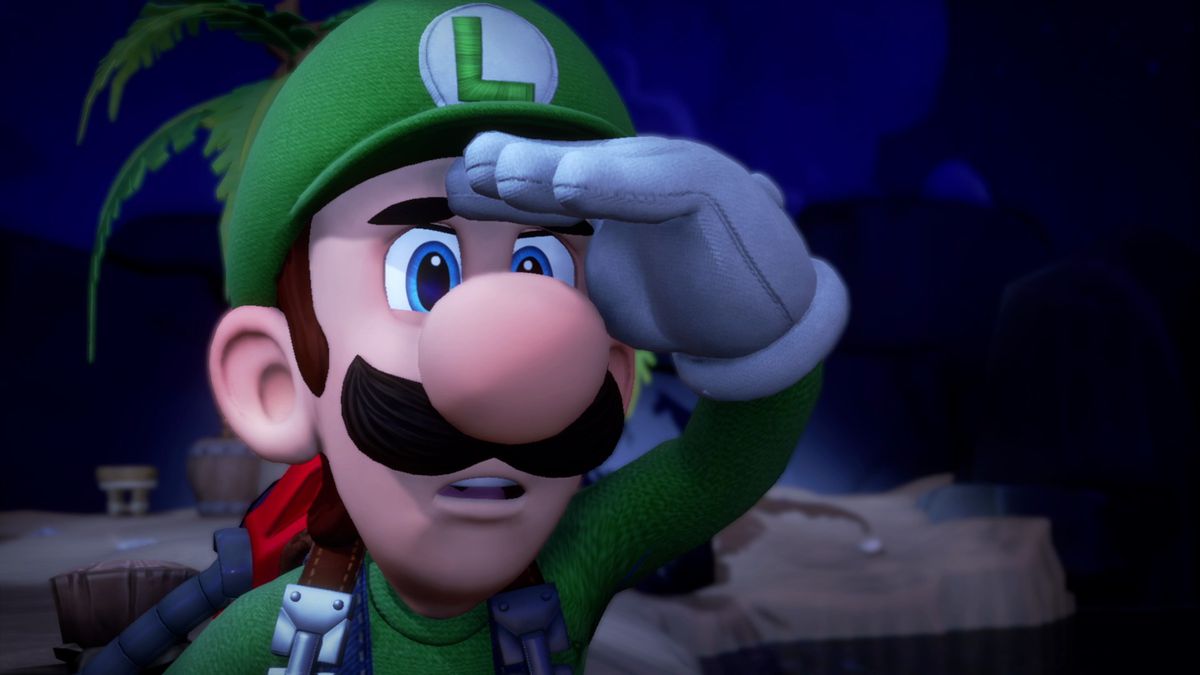 Ghosts fill the room with an otherworldly glow whenever they appear. I live for every single cinematic, which felt like they could have been snippets from a beautifully animated movie starring Luigi and his ghost dog, Polterpup. It’s another prime example of Nintendo’s ability to make its own games sing on hardware that tends to be much less powerful than the competition.

After the hotel’s spooky transformation, all its elevator buttons get snatched away by its spectral occupants, and Luigi must go floor by floor to find each one by beating that floor’s boss. The paintings are scattered through the hotel too, so I eventually locate them and rescue trapped Professor E. Gadd, inventor of all the ghost-battling technology, and a handful of Toads while making my way to the top.

Luigi’s Mansion: Dark Moon for 3DS started equally strong for me, but my interest flagged after a few hours due to the often repetitive nature of the game. Developer Next Level Games never stops surprising me. Each of the hotel’s 15 floors (plus two basement levels) is remarkably different from the previous one. There are levels you might expect to find in a luxury hotel (retail stores, a gym, and a plush music venue), and wild flights of fancy that stretch far beyond what a single floor should contain (one level features a pyramid full of traps, and a pirate ship docked in a whole harbor is somehow tucked into the middle of the building). 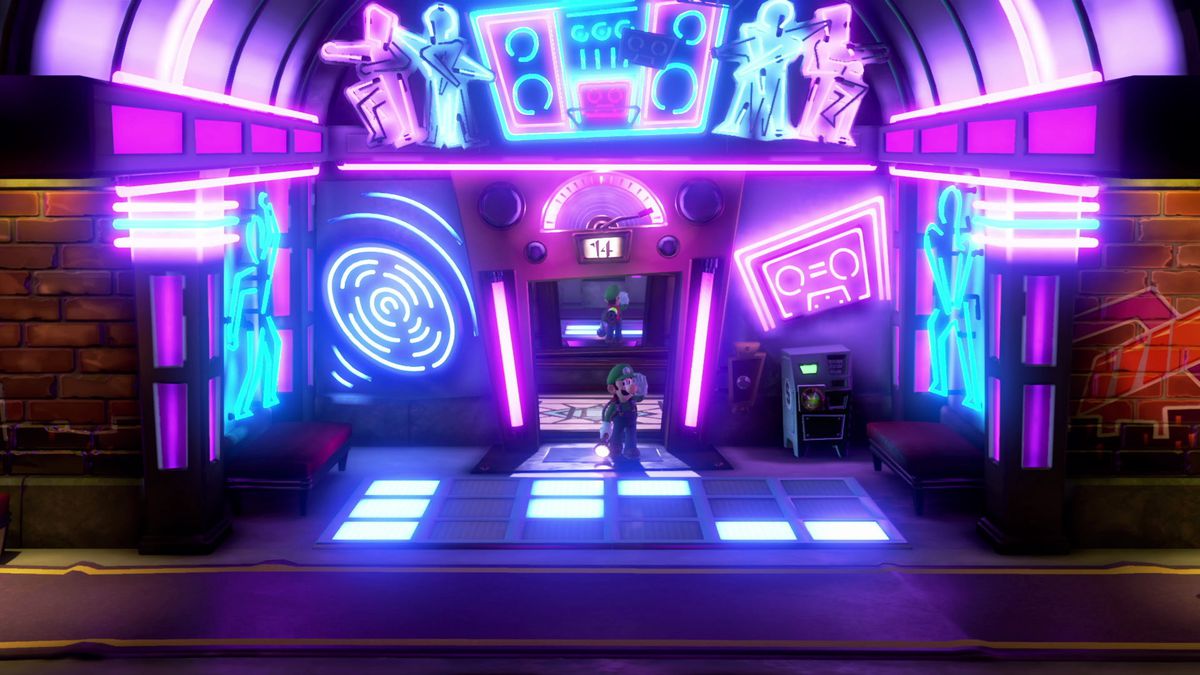 Luigi uses many of the same tools from previous Luigi’s Mansion games. His Poltergust, a backpack with a vacuum cleaner attachment, can suck up pretty much anything: trash, sand, or ghosts. It can rip curtains from walls or spin large valves to change water levels. Reversing the flow of air allows me to blow things away, or shoot objects stuck in its craw at obstacles or enemies.

There’s also a suction cup I fire, then attach to my vacuum so I can topple furniture or flip switches, an amped-up flashlight to stun ghosts, and a shimmery Dark Light whose beam reveals secrets when shone on them. Luigi can now also shoot a blast of air that operates much like a butt stomp in past Mario games, allowing me to scatter enemies or knock things loose from the environment.

These are simple tools, but Luigi’s Mansion 3 never stops finding creative ways for me to use them. Depending on whatever imaginative level I’m on, blowing air can also be used push carts on wheels, or to unfurl a large leaf for Luigi to walk across. A burst of air can open the service counter so I can sneak behind the front desk. There always seemed to be a hidden object (or ghost!) to uncover with my Dark Light. 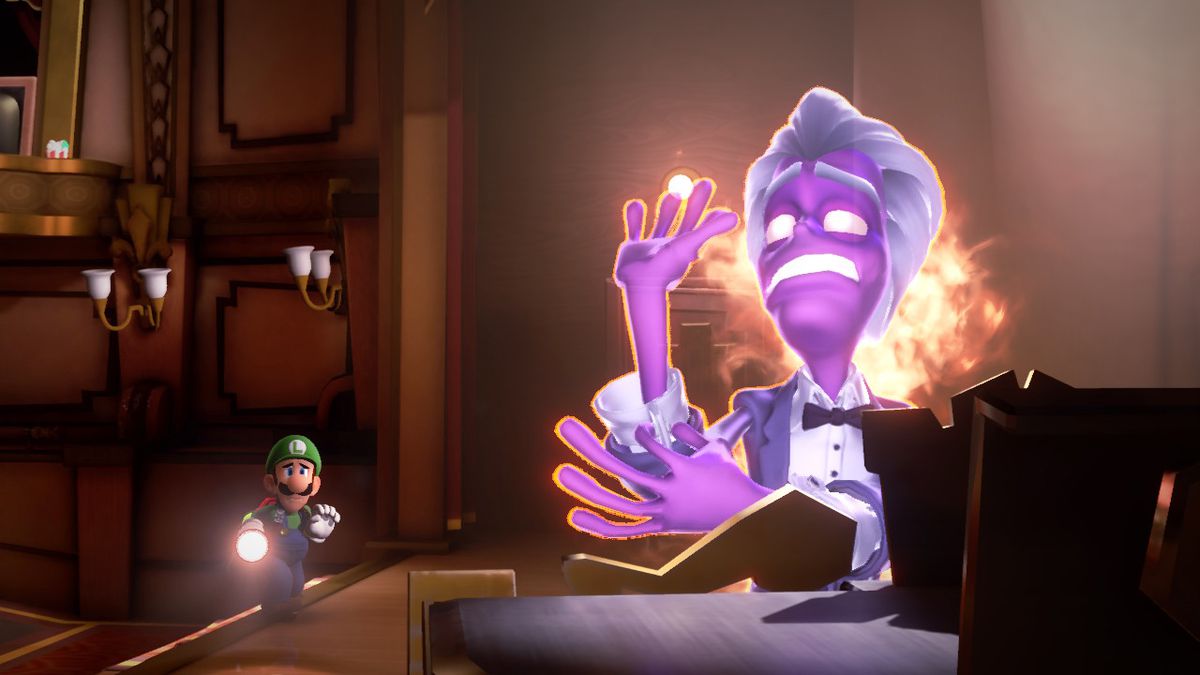 The game even rewards my most chaotic instincts. I saw a huge tuba and thought, “Will it make noise if I blow air through it?” Hell yes it did, but doing so also rewarded me with a shower of cash. It’s easy to collect loads of in-game currency throughout the game, but it never stops being fun to hoover up every shiny coin, gold bar, or dollar bill twisting in the breeze.

I was also pleasantly surprised at how often Gooigi — the dead-eyed, Jello Jiggler version of Luigi, who is stored in his backpack — was essential to puzzle solving and exploration. Gooigi can do everything Luigi can, except open doors or move through even the slightest amount of water, so I’d often need to pop him out when Luigi was trapped by a ghost or just unable to reach a certain item. Gooigi has a few extra powers as well, including the ability to squish through a fence or down a drain. (Also, each of Gooigi’s noises are so deliciously squelchy that I loved listening to them each time I discharged him from his tank on my back.)

There are whole levels that need the human and goo to work in tandem, and in single-player mode I switch between them, leaving the other character in a weird, comical slump. (Co-op allows a player to join and just control Gooigi, but it’s a lopsided experience since he can’t open doors.)

Levels are short enough. One trip through rarely wears out its welcome, though the game does have some backtracking I found pretty tedious. The breadth of puzzles means I never completely breezed through the hotel; each level also has six colorful gems and a bonus Boo to hunt down. Each time I felt like I needed a change of pace after a long level chocked with puzzles, I’d be met with a smaller floor, focused on the boss fight. 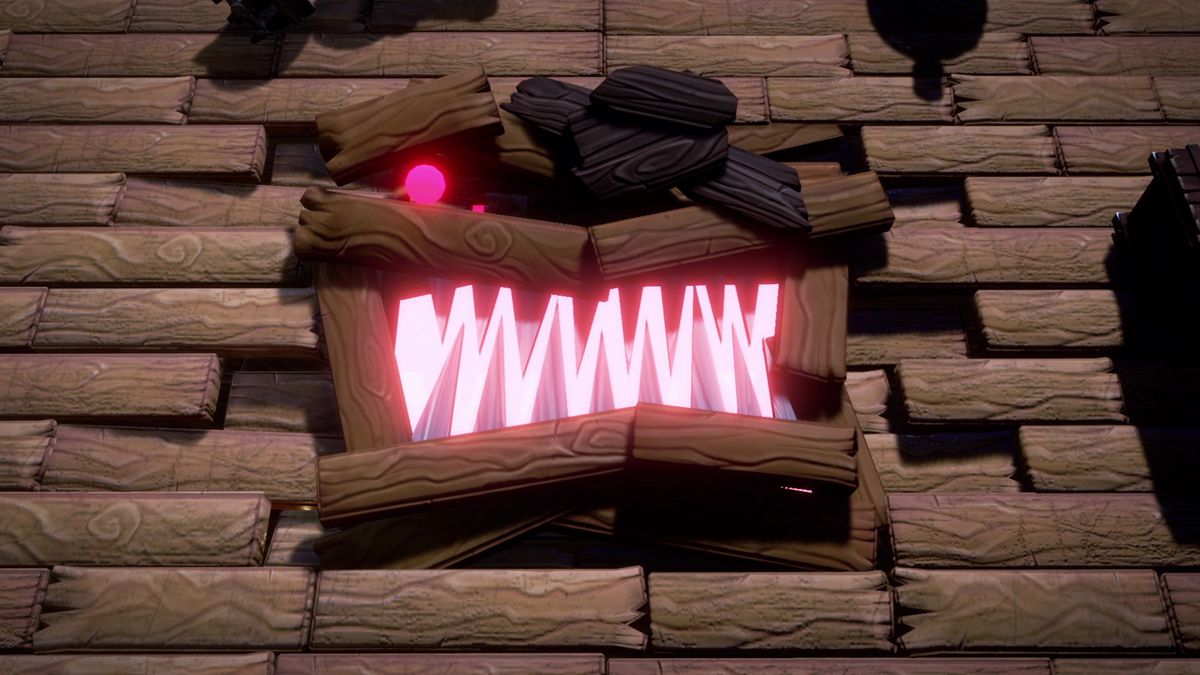 One of Luigi’s Mansion 3’s bosses is a shark ghost that infests a pirate ship, attacking Luigi from the deck.
Nintendo

And the bosses are the most uneven part of Luigi’s Mansion 3. Some offer the perfect amount of challenge, with creative twists on the “stun, vacuum, bash” formula I use on the normal enemy ghosts. The most captivating fights allowed me to remain active by giving me things to do to move the fight along, while the worst boss battles gave me little to do. I’d dodge the enemy’s attacks until they finally dropped a bomb I could shoot back, or they somehow got their weapon stuck in the ground, only to be dislodged after I had attacked them.

But boss fights are a small sliver of the Luigi’s Mansion 3 experience. Each level is a complex onion of ideas to peel back, layer by layer. Next Level Games continues its strong tradition of granting Luigi far more depth than his superstar older brother, even if he is always doomed to keep getting scared for our enjoyment.