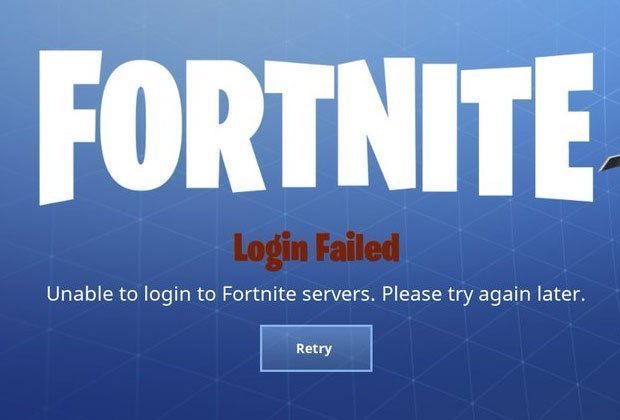 PSA – Fortnite is down currently whilst the 9.40 Update is released and should be back online shortly.

Original Story – Though it’s mostly a stable game, Fortnite is known for occasionally having periods of downtime or going offline for various reasons.

Sometimes, Epic will give Fortnite players plenty of notice about the game going offline. This typically happens ahead of Season changeovers, or when the game receives its fairly big, weekly updates.

Other times, the game will go offline for unknown causes – it’s times like these that Epic is unable to tell players how long the game will be offline, and sometimes it can’t even tell you why you may be suffering from connection issues.

No doubt the Fortnite game servers are having a bit of a wobble and that’s why you’re here.

Thankfully, there is a way to find the answers to those pressing questions floating around your brain.

We know the ones; ‘Is Fortnite Down?’ ‘Are Fortnite Servers Offline?’ ‘When are Fortnite servers back online’.

Don’t worry. Here’s what you can do if it looks like your Fortnite connection may be down, or if you think the game may be offline.

Downdetector is the independent outage monitor site that often has the best drop on Fortnite server news, as well as community-based reports on what’s going on with the game.

The site offers real-time coverage on problems for Fortnite, helping you identify if the server is down, why you can’t log in.

The site will also pull any comment from the developer about potential schedules for the game going back online, or what is being done to tackle the issue.

The next best place to check is the official Epic Games Fortnite status page.

It’s worth noting that this isn’t updated as much as the Downdetector page, and that Epic is sometimes late to the party – so you may not get an immediate answer by heading here.

It’s the best place to go for official comment, though: Epic has been known to post timelines about when the game may be fixed on this page.

You will get a timestamped update on the current issue that may offer information. An example of the sort of statement you may see would be:

“We’re aware of an issue causing some players to experience long queue times. We apologize for this inconvenience and are working to restore this service as quickly as possible.”