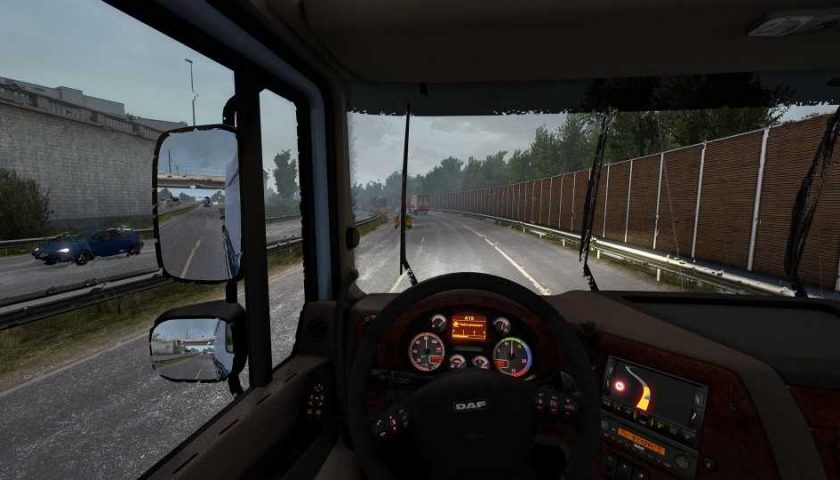 Engaging with reality is hard work at the moment. Every day there's some fresh anxiety bullying its way into my mind, kicking over the furniture. Endless data being beamed in real-time into my handheld misery device doesn't help either. Maybe if I keep scrolling things will get better? Ah, no. They're worse. The human brain wasn't designed to endure this amount of psychic damage on a daily basis—and I'm saying this as someone living a relatively privileged, comfortable life. Imagine how people with real problems feel right now.

It's probably deeply unhealthy, but I've gotten very good at burying my head in the sand. It's the only way I can cope with the enormity of the troubles plaguing this cursed orb. When I watch a film, play a game, read a book, make music, or whatever, I've developed the uncanny ability to completely disconnect from reality and give myself fully to whatever I'm busying myself with. It's how I get by, and one of the most effective sandy holes I routinely shove my head into is the magnificent, the wonderful, the sublime Euro Truck Simulator 2.

ETS2 is one of the best video games ever made—and I say that without a trace of irony. Admittedly, when I first played it years ago I did it to point and laugh at the stupid boring truck game. "What kind of weirdo plays a game like this?" I sneered as I slid the disc into my PC. But just under 300 hours of trucking later, I'm one of the world's foremost ETS2 evangelists, bending the ear of anyone who'll listen about how great it is. I've written so many articles about it for so many sites and magazines that I can't remember half of them. Here's another.

It's hard to fully convey ETS2's singular, peculiar magic in words, but when I play it my worries just melt away. Suddenly it's just me, my truck, and the road. I'm hypnotised by the rhythmic swish of the wipers. I hear the low, comforting rumble of the tarmac beneath my wheels—and feel it too through my speakers' subwoofer. Rain taps on the windows and streaks across the glass when I pick up speed. I'm soothed by the warm, cosy glow of my dashboard lights in the darkness of the cabin. I'm feeling relaxed just writing this. 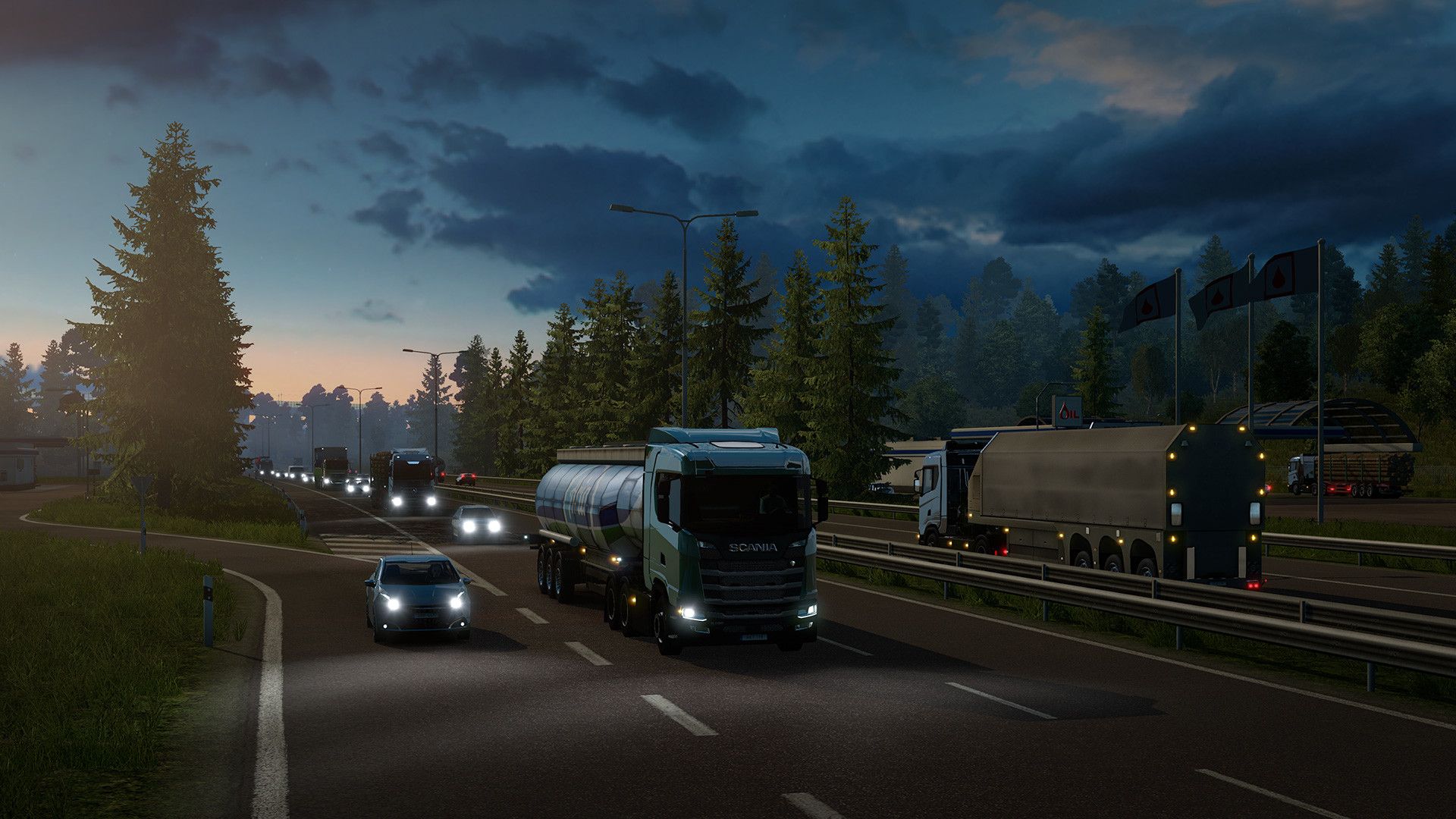 The world is still a mess, but when I'm behind the wheel of one of these virtual trucks I don't care—if only for one blissful hour. I've got 20 tonnes of concrete to deliver to Dresden, and that's the only thing on my mind right now. ETS2 doesn't ask much of you as a player. You have to watch your speed, try not to hit other motorists, and occasionally stop to refuel, rest, or pay a toll. But that's about the extent of it. Mostly it's just long stretches of highway where you can hit cruise control, put on some music, and just let your mind drift.

It helps that, everything else aside, ETS2 is just an extremely playable, polished, and well designed video game. The driving model is weighty, nuanced, and satisfying. There's a whole management side of things to get into, where you can build and run your own trucking empire. But the vast, seamless open world is the real star. In a single journey you can take in the lush vineyards of southern France, the dramatic mountain passes of Norway, the winding roads that snake along the coast of Italy, and all manner of gorgeous scenery.

My problems aren't going anywhere fast, but with ETS2 I can at least forget about them briefly as I drive across this beautiful, varied map and deliver cargo from one city to another. Even if you don't care about trucks or driving simulators, it's still worth playing. You'll be surprised how absorbing it is, and before you know it you'll have lost more hours than you ever thought you would to a game like this. Everyone I know who's played it has loved it, and I can't say that about many other games. Long live Euro Truck Simulator.