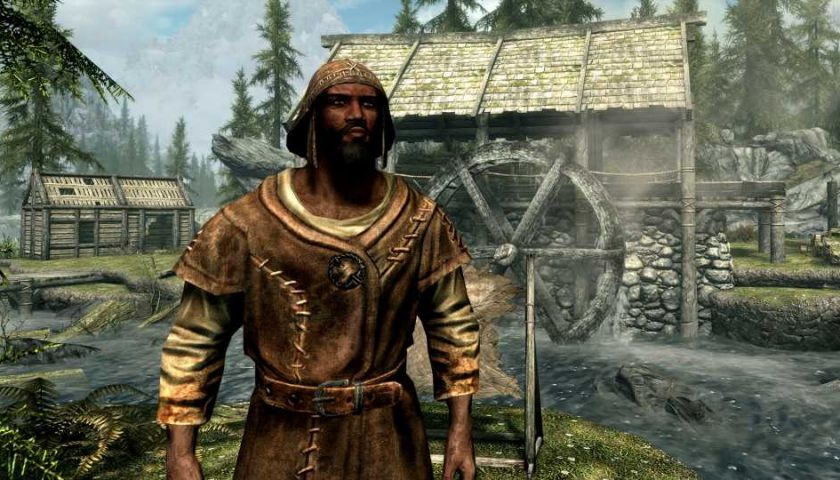 I recently wrote about how I love ignoring my destiny in Skyrim and making my own stories in Bethesda's frosty fantasy realm. There are lots of ways to entertain yourself in Skyrim that don't involve killing dragons or saving the world—whether that's becoming a master thief, a deadly assassin, or a vampire hunter. But the beauty of the game is how it supports all kinds of play styles, including ones that don't involve any adventuring, monster slaying, or magic whatsoever. If you want to experience Skyrim in a unique way, consider being an NPC.

There are all kinds of unremarkable characters in Skyrim. People who have no destiny, no friends in high places, and no important missions to embark on. They're the everyday people you see milling around villages and farms, living a peaceful, oblivious life while dragon attacks and civil war explode around them. Brilliantly, you can be one of these people yourself in Skyrim, without any mods, by playing a certain way—and it's a strangely compelling way to engage with the game. Forget being the Dragonborn: what about being a nobody?

But before you begin, it's nice to have at least some motivation. Nothing as grand as the Dragonborn saving the world, but something that gives you a goal to aim for. For my character, I decided my life's ambition was to earn enough gold to buy Proudspire Manor in Solitude, the most expensive player-owned house in the game. That's 25,000 Septims, which is a hefty fee—especially when you consider that I chose to do this without doing anything a normal citizen of Skyrim wouldn't do. That means no quests and no killing monsters. 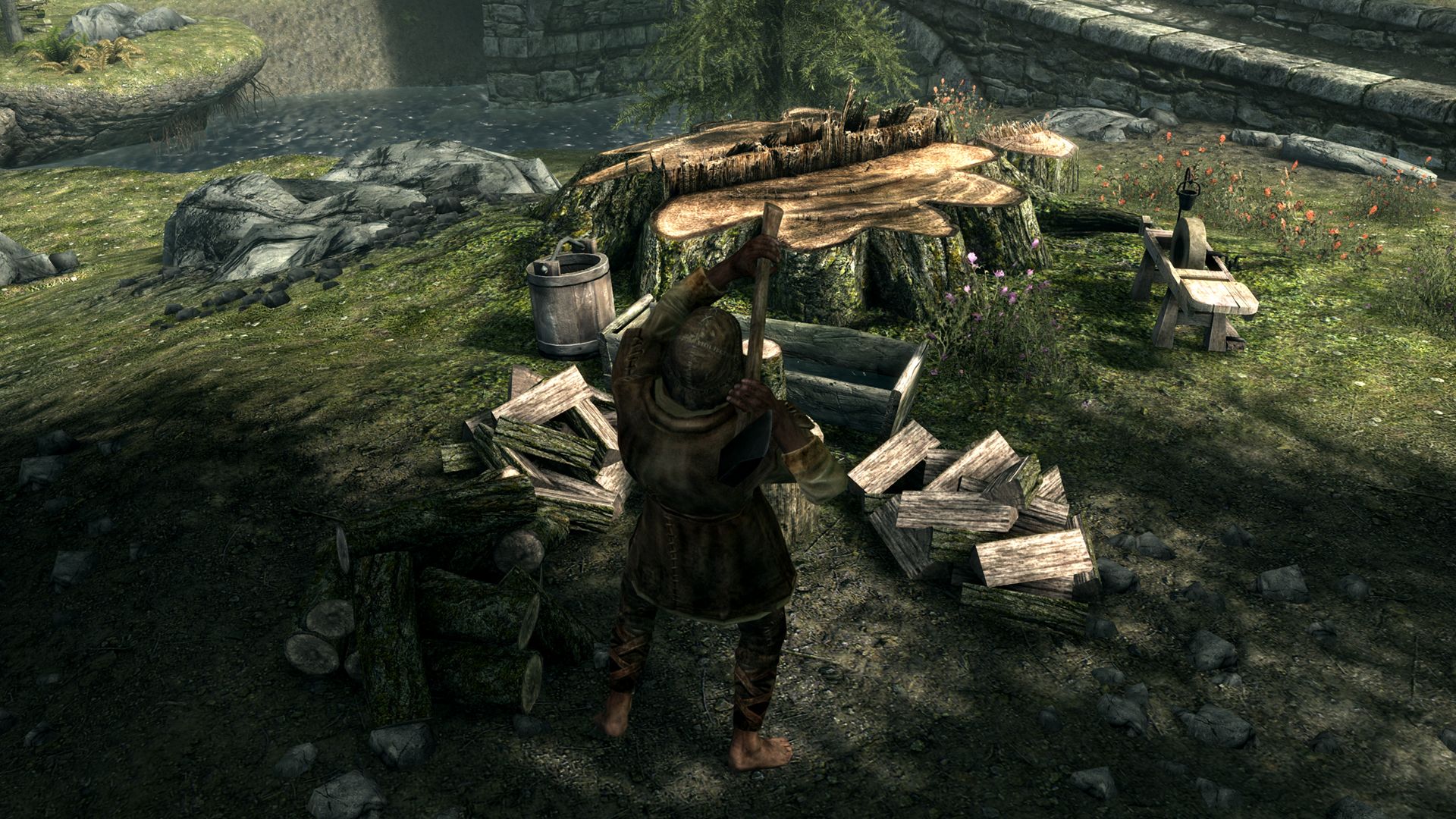 But there are a lot of other ways to make money in Skyrim. You can visit farms and pick crops, and the farmer will give you some gold as a reward. I did this for a while, then invested the money in a bow, hunting deer in the tundra around Whiterun and selling the harvested meat and antlers to merchants in the city. As of the launch of this year's Anniversary Edition you can go fishing, which is a chill way to earn some extra coins. You can chop wood for people and they'll pay you for your toil. It's weirdly satisfying just making an honest living.

I also made money by foraging in the wilderness for herbs, mining, crafting basic iron armour, brewing potions, and every other non-violent activity the game had to offer. If I ever had to get past enemies, I'd hire a sellsword to do the dirty work for me, standing back while they fought on my behalf. I really committed to the concept, and I actually made a video series about it in 2012 for a site that no longer exists. It's a bit embarrassing to watch back all these years later, and rough around the edges, but people seemed to enjoy it at the time.

I also set some additional rules to make things more interesting. I had to go to sleep every night, and eat at least one meal every day. This was a way of making the money I was earning feel meaningful. I had to think about what I was spending on these essentials, keeping an eye on my coin purse to make sure I wasn't derailing my mission to buy the house. At times it can feel like a chore, and you'll miss hitting people with a sword, but when I eventually bought the house (after very lightly breaking a few rules) it was extremely gratifying. 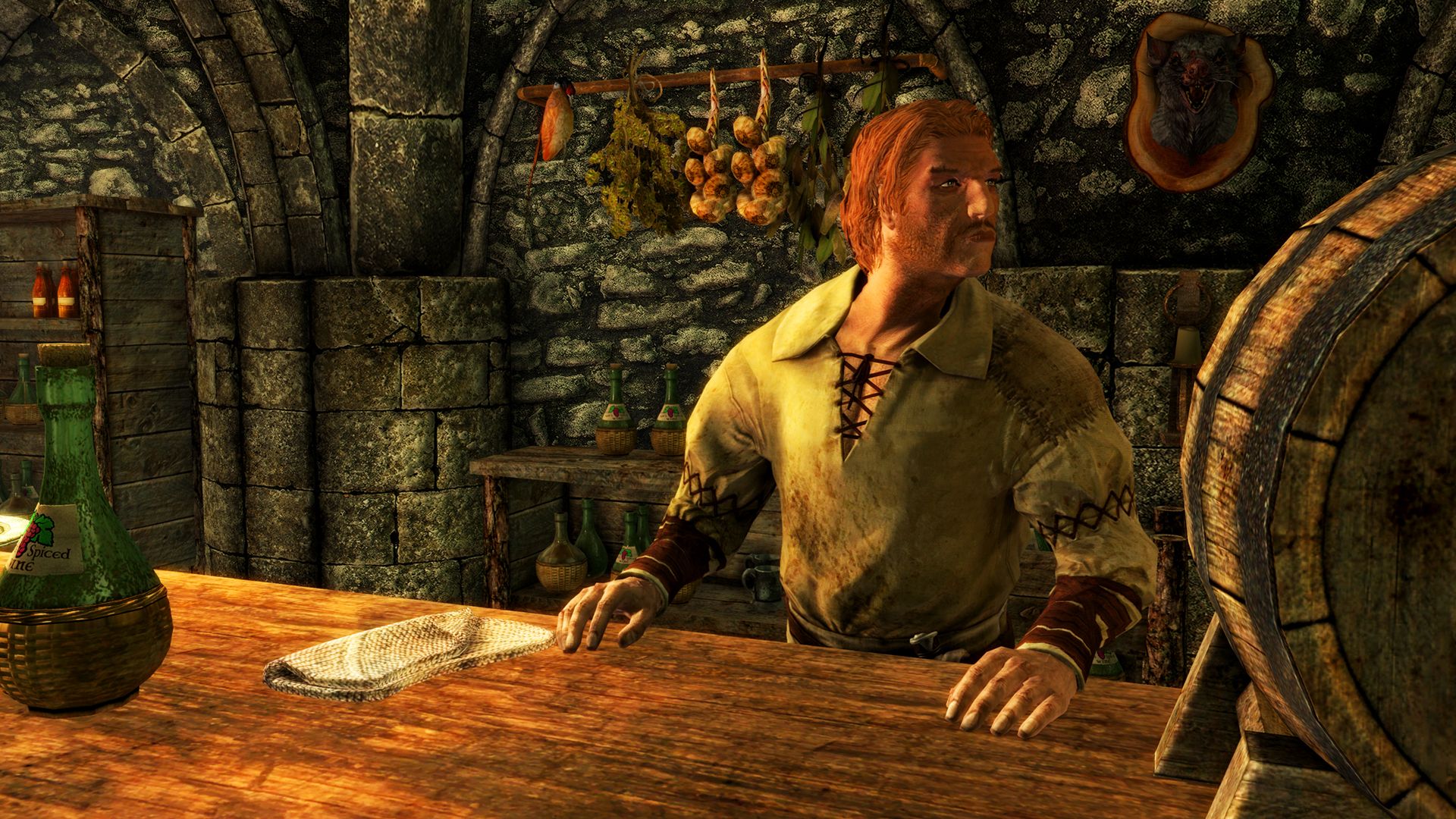 I think a big part of what makes this kind of playthrough work is how nice it is just to hang out in Skyrim. The serene atmosphere and beautiful environments make running around a snowy forest all day, before returning to the cosy hearth of an inn for the evening, incredibly absorbing. Skyrim is like this anyway, but when you're interacting with the world on a more grounded, less exciting level, it's somehow even more captivating. It highlights how good the game is at focusing as much on the mundane and everyday as the big, high stakes quests.

So if you've played Skyrim to death in the 10 years since it first launched, and can't face trudging through Bleak Falls Barrow or up to High Hrothgar ever again, consider role-playing as the complete opposite of the Dragonborn. Set yourself a goal, then achieve it without swinging an axe or casting a spell. It makes you feel like a part of Skyrim, the place, in a way being an all-powerful prophesied hero doesn't. Looking back, I can comfortably say that being a regular Nord nobody is the most fun I've ever had playing Skyrim.