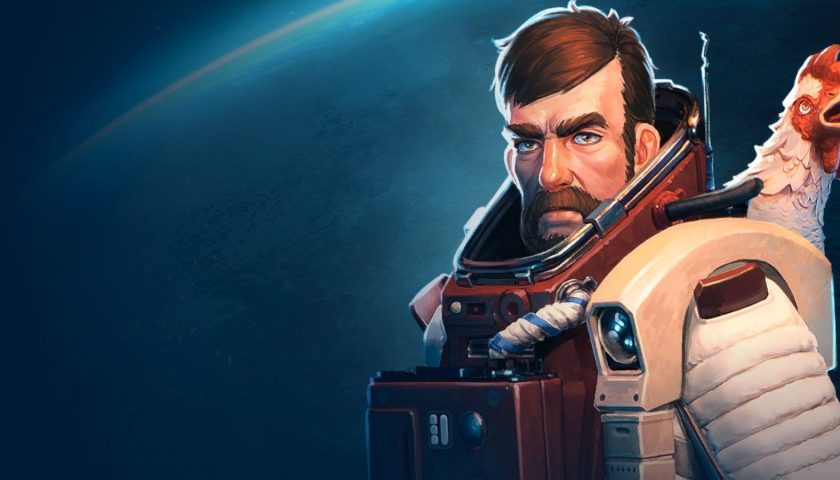 I’ve been playing Breathedge a lot since it left Early Access late last month. The Subnautica-like outer space survival game scratches a totally different itch than multiplayer survival-crafting games like Valheim. The handcrafted world with intentionally placed upgrades and resources offers a nearly constant stream of small victories and bite-sized progression that keeps me engaged for hours on end. I like almost everything about Breathedge, but there’s one aspect of the game that is really starting to get on my nerves. I need the AI narrator to stop cracking wise and just tell me what I’m supposed to do.

From the very start of Breathedge, my ears were assaulted by the AI that lives in my space suit. Unlike the charming and helpful J.A.R.V.I.S., the Suit AI is a blubbering idiot that has to make a joke about absolutely everything. At first, I just dealt with his incessant comments and one-liners, but as the game progressed and I started to tune him out completely, it’s become a major issue that inhibits my progression through the game.

I’ve encountered this kind of antagonist AI companion before in games like Journey To The Savage Planet and, of course, Portal, but Breathedge’s AI takes sarcasm to a new level. The VO companion never says a single thing that isn’t phrased as a joke, and most of the time, these jokes simply don’t land. To make matters worse, the AI says a lot of really important things and directs you towards each new goal. The problem with his jokey dialogue is that it can be really hard to figure out what it is he’s trying to tell you.

Sometimes he delivers simple phrases that aren’t that hard to figure out. When you first leave the safety of your spaceship, your goal is to figure out how to increase your oxygen supply. As you explore the area close to your ship, you’ll eventually hear the AI say, “The largest condom in the world, and also an emission of gas, most likely oxygen, are detected ahead.” He says this in his typical speedy and monotone delivery, and if you aren’t paying close attention, you might just hear the word condom and forget about the rest of the stuff he said. In this case, he’s referring to an oblong white tank of oxygen that sort of resembles a condom, I guess. You need to retrieve the materials from this condom in order to craft an oxygen balloon, but it’s easy to miss the details hidden within his joke. 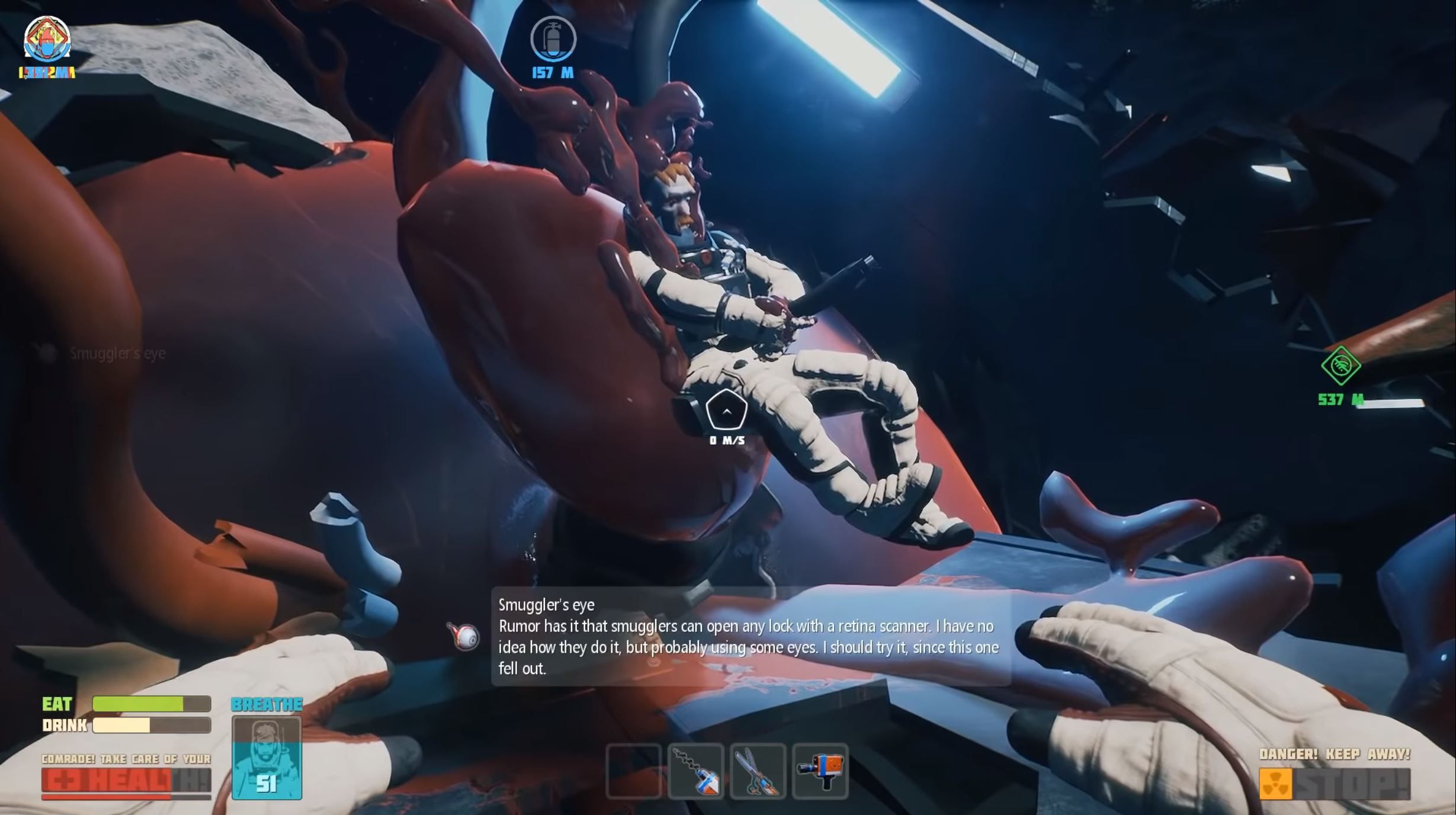 Later on, it can get even harder to discern the relevant bits of information from his dialogue. After hours of relentless “jokes,” I had a really hard time paying attention to the things he told me, even when they were important. Sometimes the AI gets uncomfortably meta. When you find the first space station and try to interact with the computer terminal, he says, “The interphone is out of order, which is to be expected from a commonplace indie video game where the main gameplay is based on..Oh. Wait. It actually is in order. However, communications are down and the antenna needs to be fixed. Again.” Then, in the next room, he says, “The antenna miraculously remained intact, you may start debugging…But where is the antenna? I wanted to use the audio file from the first chapter to reduce the cost of development! Looks like it wasn’t the antenna that caused the problem, but these broken wires. You need to deal with it.”

When I read it now, it’s clear enough that there’s some broken wires nearby I need to repair, but when I was listening to it at the time, I got completely lost somewhere between “fix the antenna” and “lol this is a video game lmao.”

I still think the game is a lot of fun, but man, the AI character sure makes it hard to get through.

Next: Human Fall Flat Was Originally Designed To Be “Portal Meets Limbo” 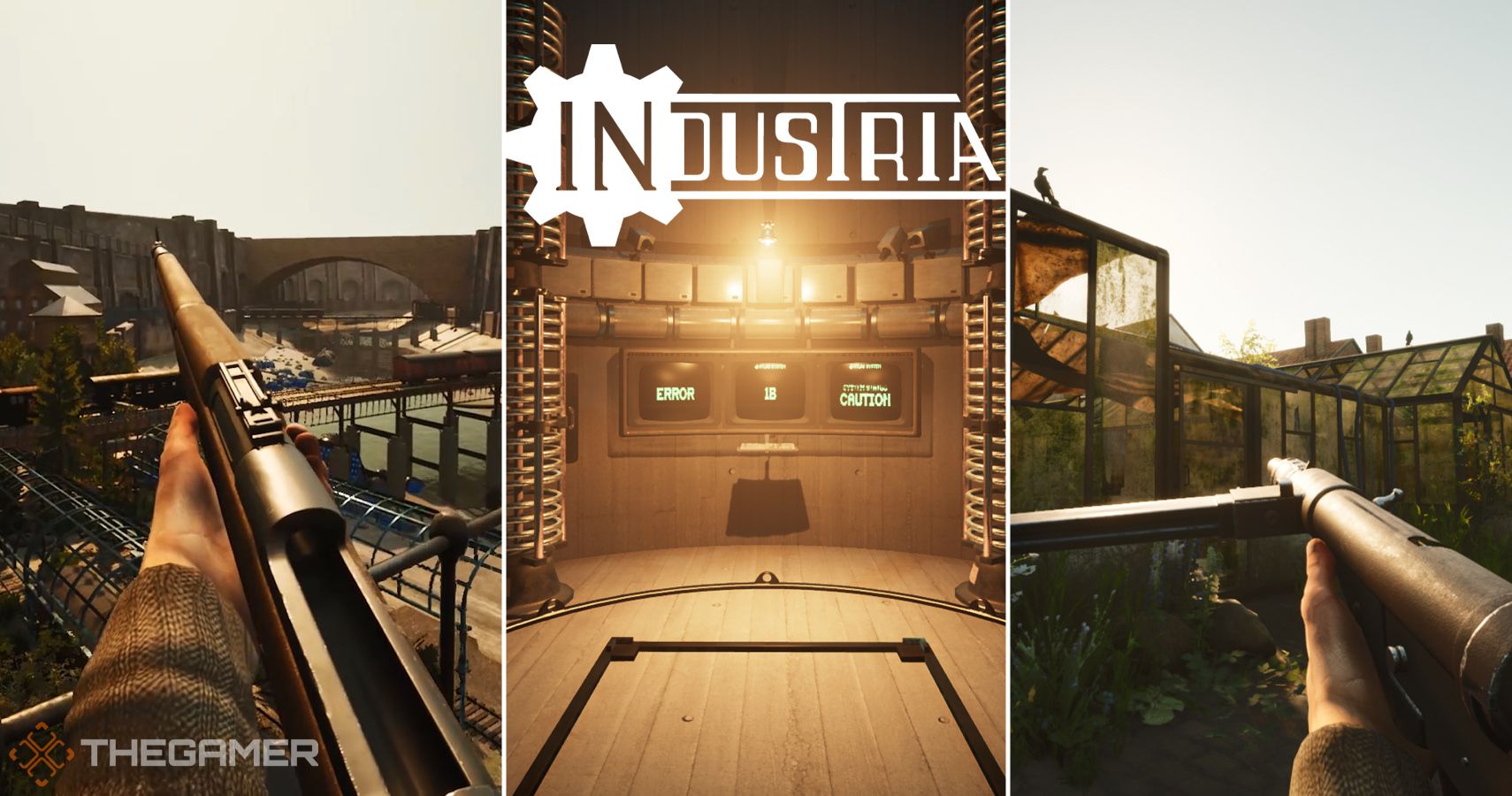